There may be no movie more suitable for Real Estate Lessons than The Amityville Horror, a classic horror film starring Margot Kidder and a grizzly James Brolin (with a half Bee Gees, half werewolf beard), directed by Stuart Rosenberg. 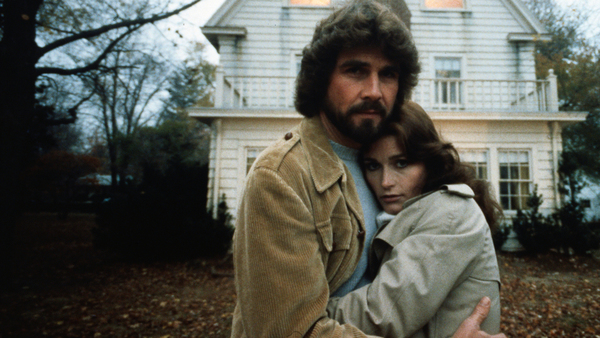 Unlike The Blair Witch Project, for example, this film carries credentials from a legitimately creepy story.

Ronald DeFeo Jr. shot and killed six family members in November of 1974, in the neighbourhood of Amityville in Long Island, New York. In December ’75, George (play by Brolin) and Kathy Lutz (Kidder) moved into that very house, only to move out just 28 days later citing paranormal phenomena.

The movie begins with the Lutz’ looking to buy the aforementioned home, but they are not sure if they can afford it. However, they decide that it is well-worth the price, considering how much space there. Features like a boat house and guest house aren’t too shabby either.

But it doesn’t take long to realize there are shady things going on. There are flies on the window, and the local priest Father Delaney (Rod Steiger) hears a voice saying "get out!". This is more than enough evidence to suggest that something is wrong.

In terms of performance, Brolin’s acting is fairly good. He essentially plays an angry version of himself, battling his own sanity as the house begins to turn him into something he’s not. Kidder is more of a reactionary actress here, providing a sexy presence while maintaining a voice of reason.

A stunning Dutch Colonial home trademarked by its gambrel roof and outer brick chimney, the house was built in the late 1920s as part of the Colonial Revival (these houses were popular in the northeastern States until the 40s). 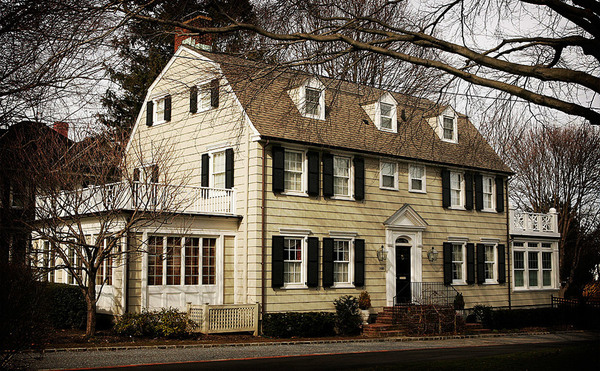 With four levels, a guest house, a boat house and exterior shutters, it’s no wonder the spirits refused to leave the place. What the ghosts won’t tell you, though, is that sometimes these additions aren’t quite as valuable as they seem.

Most realtors suggest that when adding a guest house (or pool) to make sure it gets enough use to be worthwhile. A $100,000 guest house may only add $10,000 of value when the for-sale sign goes up. It really depends on the area and the demand.

As the movie continues, the hauntings only increase. George and Kathy are looking for any possible solution, and they suggest some time away on a fancy date to clear their heads. But as their doors burst off the hinges and friends find what they think is the source of the spirits in the basement, the tension only builds to the point where George is no longer the same man.

He often mentions how cold it is in the ol’ haunted house (a classic sign of spirits), despite how well insulated it is. Well, he would be right if it weren’t for the pesky ghouls. Proper insulation can save between 40-50% on heating/electricity bills per month, saving hundreds per year. Ensure your windows/doors are sealed properly to prevent unnecessarily high bills. 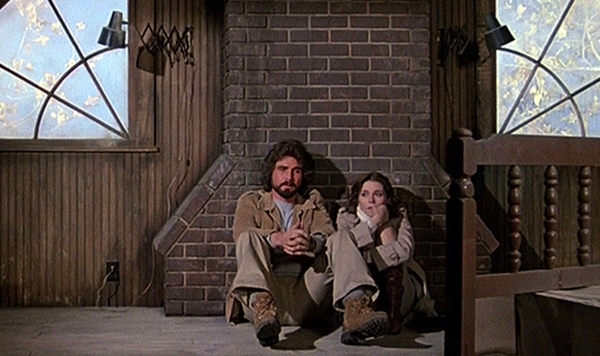 A one-time investment of about $1,500 to install energy-efficient insulation can save around $400-$600 per year, which can be very wise in the long run.

"Houses don’t have memories," said Mr. Lutz. But if this one did, would it have to disclose the horrendous acts that took place in the house? Legally, no—realtors and sellers are not obligated to disclose murders/deaths/suicides. However, it is unlikely that a realtor won’t. If a client finds information like this was omitted it may be considered a breach of trust, and trust is a major factor in buyer-realtor relationships.

So, how much would the Amityville home sell for? In 2012, it was famously listed at $1.35 million USD, but later dropped to $955, 000 which the sellers insisted was due to divorce, not paranormal activities. "If there were a curse on it, I wouldn’t be in it," the seller joked.

According to USInflationCalculator.com, the purchase price of the home in the movie ($80,000) holds a cumulative inflation rate of 340.4% and would cost approximately $352,000 today. Considering its actual list price, that should only cement the notion that real estate is the best investment anyone can make.

Hauntings in The Amityville Horror may leave viewers a bit paranoid and afraid (if James Brolin in tighty-whities didn’t on its own). But have no fear, a house like this would be a wonder to live in.

If properly insulated, wired and maintained, The Amityville Horror house would ironically be a dream rather than a nightmare to live in, making this true story far more interesting than many in its genre today. 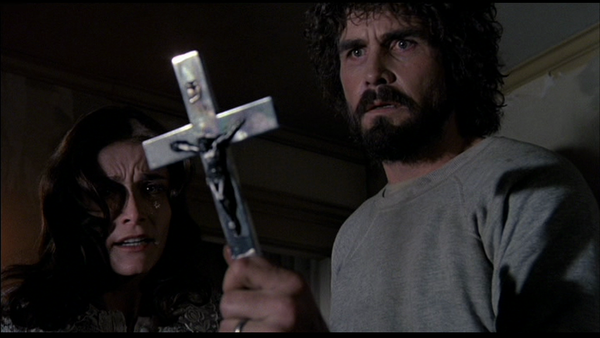 The film’s music is certainly creepy, and in a purely acting sense it stands the test of time. Although the cinematography and some reaction shots obviously date the film as a 70’s flick, and likely are not going to scare you today. It can be valued as part of film history though, so save it for a rainy, Halloween-season watch.