We missed our annual "We Love Our Clients Night With The Jays"!

In lieu of our annual favourite Blue Jays event together, we wanted to celebrate the Blue Jays return to action on Friday, July 24/20 - the Blue Jays opened their 2020 season in St. Petersburg against the Tampa Bay Rays!

We then prepared a contest for a chance to win a Toronto Blue Jays Nike 2020 Replica Custom Jersey! (A very cool White or Navy Blue Jays Jersey - customized name and number!)

CONGRATULATIONS to MIKE MALATE - His name was drawn to win, and how appropriate, as he is a True Blue Fan!

"I lived in Parkdale and my Dad used to take me to the main gate (at Exhibition Stadium) to see some of the players."

Our clients entered the contest with these three questions:

We received some FABULOUS stories in the submissions! Check out the highlights out below!

The JKT are fans of the Blue Jays! Notice Holly & Jay with their Blue Jays 1st game ever tix. Holly bought her collectors item at SMASH Salvage that used to be in the Junction. And Jay Banks, well he's a die hard fan and kept his opening game in 1977 ticket all these years!

Tell us about your first Blue Jays game!

"My first Blue Jays game was with my dad at Exhibition Stadium. 1987. I still have the ticket stub. I was so excited to read the program I almost took a fly ball to the face (luckily the man in front of me had his glove and a quick right hand!)"

It wasn't my first game - but it was our kids' first game - against A-Rod and the Yankees. We had great seats right behind first base. We kept telling the kids:

"Keep your eyes on the game because balls often come flying right this way!"

Sure enough - in the 3rd inning when I was NOT watching the game - A-Rod hit a line drive right towards me - hit me in the head and smashed my sunglasses. Ended up being taken out in a golf cart to the medical area and never got to see the end of the game.

Moral of the story:
KEEP YOUR EYES ON THE GAME!

"My Father used to very occasionally win tickets through his work - he was a sales rep with Canon selling copiers and fax machines. On one occasion, he brought myself and my childhood friend. We were about 10 years old"

Who is your favourite player and what makes them so awesome? 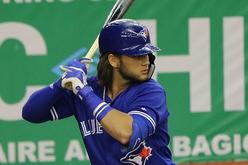 "Right now - Bo Bichette. Cause of the flow!"

"I miss Edwin! I loved that he was all business and would run the bases with his arm in that chicken wing pose!" 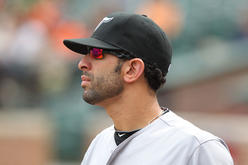 "Jose Bautista will always have a special place in my heart. He was my grandma's favourite player and when he would score we'd chat on the phone and she'd tell me "her boy" had done well that night. When she died, he was listed in the obituary before the rest of us. I can't be mad. I wrote the obit."

"I used to love watching Pillar when he was a Blue Jay - his catches were so acrobatic!" 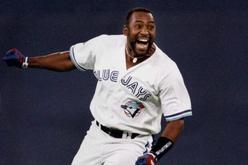 "My fave was Joe Carter - throwback to their playoff wins!" 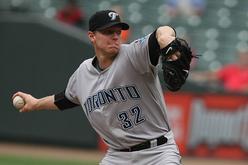 "Roy Halladay. I loved that he was so clinical. He also pitched so quickly." 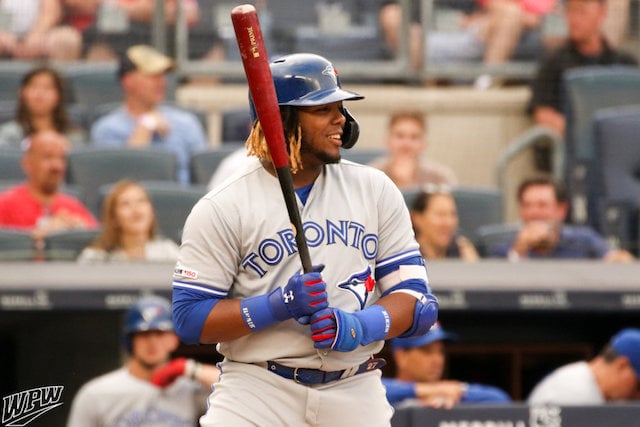 What is your favourite Blue Jays playoff memory?

"For the 91 (or 92?) win, my sister had a sleepover and co-opted the TV to watch something lame with her friends! My dad and I watched the championship on the 2nd TV, which was tiny and black and white! I remember the HR excitement, with Joe jumping around the bases, and worrying that he might miss one! Also, Joey B's bat-flip. Best moment in modern Toronto sports history."

"So many - the bat flip I was put with friends and the place went mad. The next year during the wildcard game and Encarnación hit the homer in the 11th. And of course how the Jays won the World Series with Homecoming at Queens. A mad house!!"

"At the game with my childhood friend, we were so excited that we screamed each player's name at the top of our lungs when they were announced. We especially enjoyed yelling "KELLY GRUBER!!!" as loud as our 10-year old lungs would allow. The man sitting in front of us gave us a dirty look and proceeded to shove a (shelled) giant peanut in each of his ears to drown us out. I think that was the last invite I received from my Dad :)"

Watching October baseball sitting on the floor of an empty office in City Hall, just a tv on the floor and a colleague and I taking a break from briefing notes to watch the boys.

"Easy. Game 6, 93 World Series. Everyone remembers where they were for Joe Carter's epic home run. Touch Em all Joe. Mine was at a hall with family and friends in celebration of uncle's and auntie's anniversary. 50+ people and we set up the kitchen TV in the middle of the hall and all shared that moment together. It was amazing."