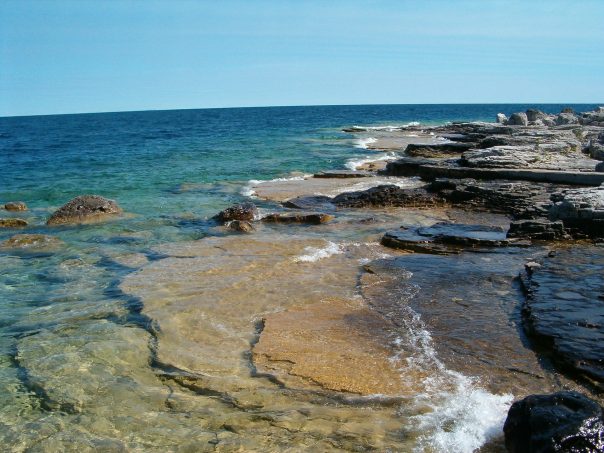 We as long time citizens have an inherent and intimate knowledge of the Southern Ontario region, but there are still some interesting trivia to learn. And as for the newcomers - welcome to the land of lakes! 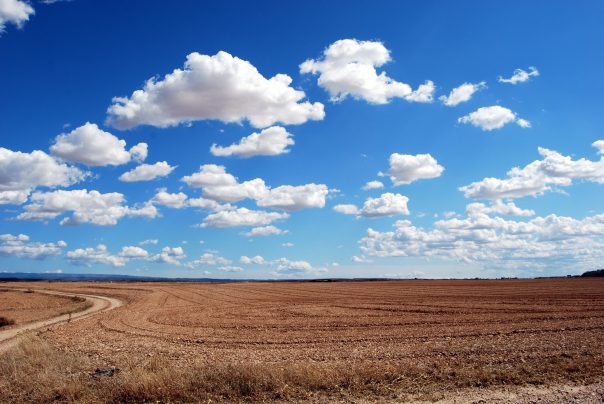 Southern Ontario is where many battles took place during the War of 1812, and it was a major destination for escaping slaves using the underground railroad. The system, developed in the time of slavery, consisted of a network of secret routes and passages that led to safe houses outside the United States. The escape, however, was no easy job: with U.S. marshals and bounty hunters/slave catchers behind their backs, escaping slaves travelled in groups of two to three people, on foot, horse, or by wagon. The system was called the underground railroad to keep it secret and because it's a fitting metaphor. According to Blight's book Passages to Freedom, The Underground Railroad in History and Memory:

Following the enactment of Prohibition in the United States in 1919, Southern Ontario immediately became a hotbed of smuggling all kinds of alcohol across the border. I'm not a smuggler, but I can see why, with its easy access to the lakes and proximity to the border. A friend of me told me that she wouldn't expect this of us Canadians. Well, even though Canadians are widely known for being extremely nice, that doesn't mean that we wouldn't smuggle a bottle or two to our friends in the U.S. We simply wanted to be Canadian: to be nice and provide our dear neighbours with a bit of alcohol to enjoy after dinner, while turning the ridiculous rules of the U.S. government to our benefit at the same time. 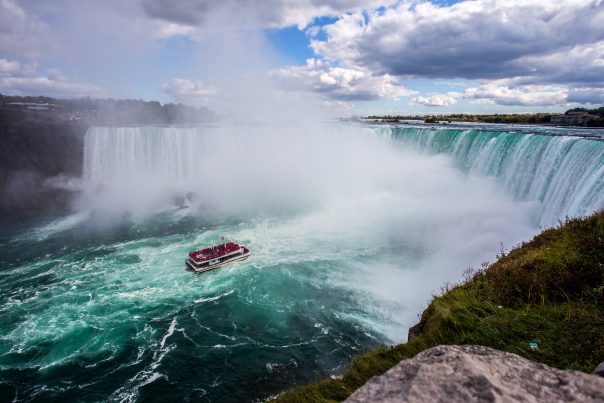 One of the biggest attractions Southern Ontario can offer is naturally Niagara Falls, the sixth most visited place in the world. But they are outranked by Disneyland in Florida… it's kind of lame to be beaten by Mickey Mouse! They attract more than 14 million tourists each year. Toronto is also ranked among the 20 most visited cities by international tourists, bringing over 4 million tourists to the region annually.

Ottawa is the most visited city in Canada by domestic tourists, attracting almost 7 million Canadians per year. Have you ever been to Ottawa? I bet you have. Everyone's parents fired up the family car and took us to see the city when we were kids. The most impressive thing I remember from the trip was the Ottawa Senators arena - the hockey team remained the symbol of the city for me. 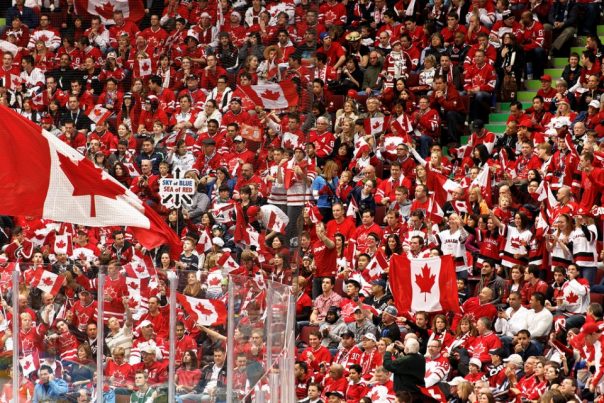 Southern Ontario is home to several professional sports teams, but hockey is the most favoured sport of all, as most Canadians seem to believe we are the chosen nation to chase an object around the ice with sticks. The teams include the aforementioned Ottawa Senators, but most importantly, the Toronto Maple Leafs.

The region also hosts the Canada Masters in tennis and Canadian Open in golf. I've visited it a couple of times and I always had a really good time. The tournament was founded in 1904 by the Royal Canadian Golf Association. It has been played each year ever since, excepting some years during WWI and WWII. The Canadian Open is the 4th oldest tournament in professional golf after The Open Championship, the U.S. Open, and the Western Open, making Southern Ontario one of the cradles of golf. 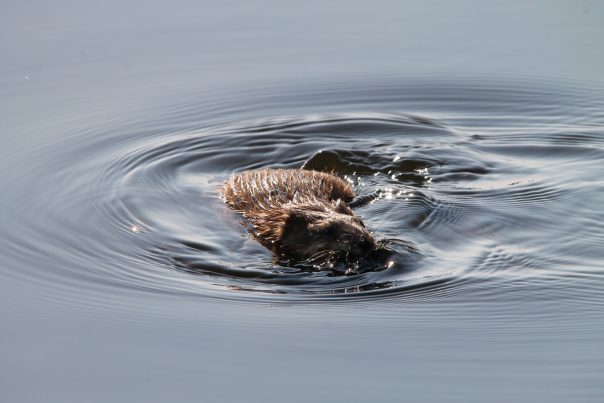 However, the sport isn't the regions most loved quality. I've already mentioned the famous Niagara Falls, but there is so much more natural beauty that Southern Ontario can offer. I highly recommend you pay a visit to our breathtaking national parks, including Pukaskwa, Bruce Peninsula, Point Pelee, and Georgian Bay Islands (click on the links to find out all about them in our guides!). My favourite is definitely Georgian Bay Islands National Park, in particular, Beausoleil Island. The island is eight kilometres long and the largest of the islands of the park. It offers camping, docking, heritage education programs, and hiking trails — basically everything that city kids like me need to feel the heart-throbbing adventure of leaving your favourite café and setting off towards the wilderness.

Beausoleil Island hosts the seldom seen Eastern Massasauga rattlesnake, the only Ontario snake whose venom is dangerous to humans. The island's bedrock and wetland environment are also rich in many other species of amphibians, turtles, and snakes. Some artefacts no younger than 7,000 years old have been found here. The remains of ancient tools and pottery show that the island was probably used as a summer camp by early hunting and gathering cultures (old fellas knew how to choose a summer house!). The Chippewas of Lake Huron and Lake Simcoe came here in 1842. Because the soil on the island was unsuitable for cultivation, they settled on the Christian Islands, where a reserve was formed in the 1850s. 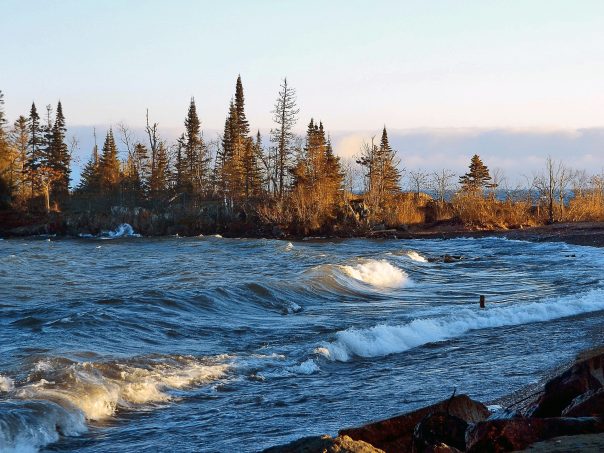 Southern Ontario has a humid, continental climate. You can comfortably wear short sleeves and flip-flops in the summer; however, you have to keep in mind that although it can get really warm, Southern Ontario is no California. This is especially true when it comes to winter, and this is a very special warning for all those who come from a warmer south that comes from my cold-hating heart: buy a lot of winter clothes! The highest measured temperature in Southern Ontario ever was 52°C (I wish that we could get at least 35°C on a regular basis). During the coldest days, winter temperatures on occasion drop below -30°C. Again, if you're from California, Spain, Mexico, Portugal, you'd better buy winter expedition clothes!

The summer months can bring some surprising occurrences of tornadoes, but as to the extreme weather, thunderstorms come to the region far more often, leaving flood damage. However, the region has been quite successful in preventing floods from doing any serious damage.

The area sponsors many internationally renowned festivals and events. If you like Caribbean rhythms, you should definitely pay a visit to the Caribana Scotiabank Caribbean Festival in Toronto. The festival usually takes place at the end of July and beginning of August, and it's been continuously held for over 40 years. The climax of the festival takes place at the lakeshore, and it's one of the most exciting things Toronto can offer. The festival is not only about dance and music, but also Caribbean food and jewellery, and of course, amazing outfits. I can guarantee that you'll forget that you're actually in Canada for a while.

Another one of the must-see events in Southern Ontario is the Stratford Festival, our annual celebration of theatre running from April to November, with a calendar full of exciting theatre pieces performed by some of the best theatre groups in the country.

If you're interested in film, you simply have to visit the world-famous Toronto International Film Festival! This is just a small selection of the festivals I really enjoy and we'll be bringing more festivals that are simply a must in Southern Ontario shortly.