For 30 years, the Daily Bread Food Bank (DBFB) has committed itself to fighting hunger and raising awareness not only within its home base of the City of Toronto, but worldwide as well. Its mission has remained the same since day one: to provide food and resources for hungry people. It's as simple as that, really. Sarah Anderson, senior manager of communications at the DBFB, explains,

We are there for people for as long or as short a period of time as people need us. Most people who come to food banks only come for a year or two. They are people who have lost everything; who have to make tough choices between food on the table or a roof over their heads. 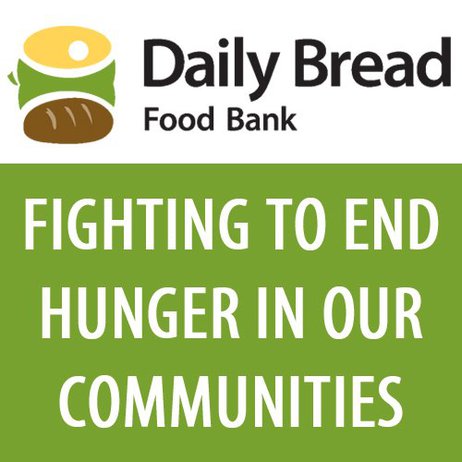 Back in 1983, a concerned group of Torontonians began meeting regularly to try to devise a plan that would help aid the city's growing population of needy and less fortunate. After some brainstorming and some debate, it was decided that a centralized organization was needed and should be established to solicit, accept, and distribute food donations. The Daily Bread Food Bank was thus incorporated in late 1983 with the help of its stalwart driving force and first executive director, Sister Marie Tremblay, a member of the Sisters of St. Joseph, a Catholic order of nuns. As testament to the organization's relevance and perseverance in the face of hunger, the DBFB has become so large that it currently employs 50 paid staff members and has become Toronto's largest network of food relief programs for people struggling with hunger. 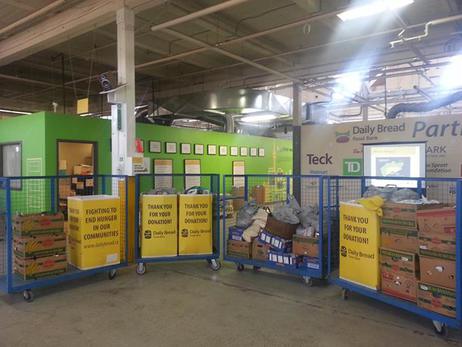 Member agencies that are located throughout the City of Toronto place food orders with the DBFB, depending on how many people each agency serves. The DBFB then dispatches the donations using its own fleet of eight trucks and the food is delivered promptly by volunteers. There are two types of food relief programs that the DBFB offers its member agencies. The first program is just for food banks. Food banks receive a large supply of unprepared, non-perishable food that typically lasts for up to three days before another order is placed. The second program is a meal program devoted to clients who are housed in shelters and hostels that require prepared, cooked meals.

How does the DBFB obtain all this food?

"We hold three food and fundraising drives a year — spring, Thanksgiving, and holiday,"

"and three large public food sorts on the holiday weekends of those drives where over 600 people come in to sort food." 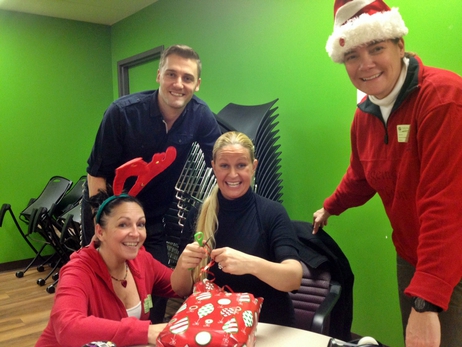 The JKT volunteering during holidays 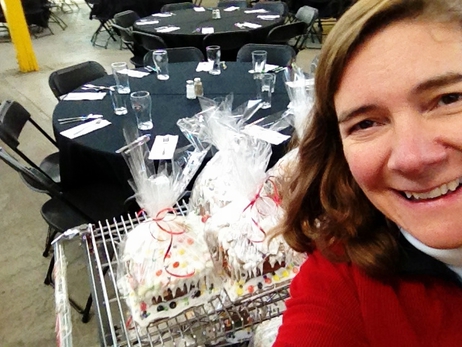 Daily Bread raises nearly 13 million pounds of food each year! These donations are then distributed among 170 member agencies throughout the city. Financial fundraising is also strongly needed for the DBFB to get food out to those in need and for them to continue to provide public education, conduct research, and finally to provide any additional support that's needed.

"We know providing food is not a permanent answer to hunger,"

Hunger is a symptom of poverty, so to make any headway in the fight against hunger, we have to look at the bigger problem. That's why we release the Who's Hungry report every year; an in-depth look at hunger in the Greater Toronto Area, why it's happening and how the problem can be solved."

According to the 2013 edition of the Who's Hungry report, client visits within the city's core have somewhat stabilized within the past year — which is very encouraging. One of the reasons for this is because the people who had been hit hard during the previous years' recession are now getting back on their feet. They're making considerable headway and have begun to turn their lives around. However, having said that, there are still those who need assistance — namely, Toronto's aging population of Baby Boomers who have developed disabilities that affect their overall level of employability. They have had no choice but to depend on food banks to provide them with regular, nutritious meals.

One way to help solve the city's hunger problem would be for members of Parliament to support and implement a new income security system. This system would allow people who are currently receiving social assistance to keep more of their earned income for themselves. This way, they would have more money to spend on food and basic necessities.

To keep its operating costs down, the DBFB uses volunteers to help support the organization. Sarah Anderson says,

"We have over ten thousand volunteers a year come into Daily Bread's warehouse... Many of the people that come in are corporate, school or community groups who also have the opportunity to learn more about hunger, Daily Bread, and how they can get more involved." 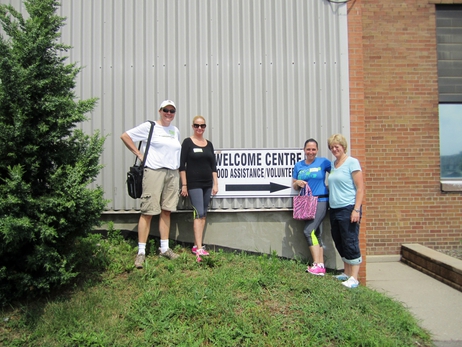 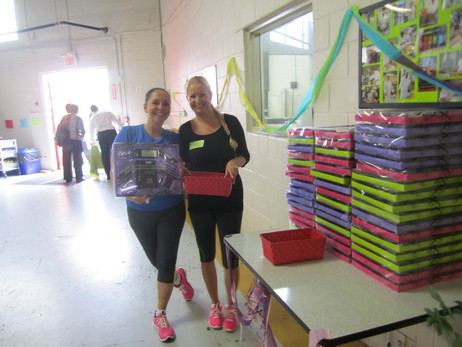 Steph and Claire at the Daily Bread Food Bank 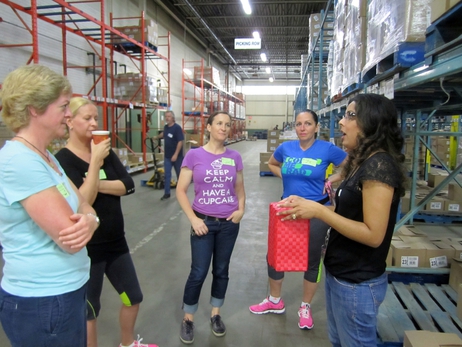 A steady stream of ready and willing volunteers is needed to fill out administrative positions, warehouse positions, and to be able to sort food donations. Volunteering options are available for both individuals and for groups — so anyone interested in becoming involved should consult the DBFB official website for more information. It's worth noting that volunteers must be scheduled in advance — walk-ins aren't accepted — and that all prospective volunteers must register and complete the application process first, before beginning any work.

The option of becoming a regular volunteer with scheduled weekday shifts is available to those who want to become a regular fixture at the Daily Bread.

"A lot of our regular volunteers are on social assistance or are food bank clients themselves who want to give back to the community that is giving so generously to them," 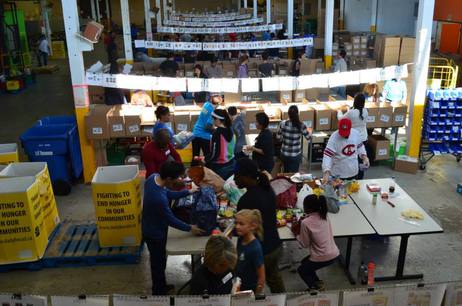 As far as volunteer groups go, they are more than welcome at the Daily Bread! The DBFB accepts corporate teams, office groups, schools, service organizations, alumni groups, associations, fraternities, sororities, and religious organizations. Groups must book their times in advance and should keep group numbers anywhere between four and thirty people.

"I went there last year with a group from my high school,"

"We spent all day there helping to sort through all the food donations that had poured through the weekend before. It was hard work, but because there were a lot of us there that day, time went by really quickly. I feel good about helping out. There are people in this city that need us and count on us to help them."

An effective way of boosting the Daily Bread's public profile and raising awareness has been for the DBFB to host events scheduled within the City of Toronto, all throughout each and every year. Within the next year alone, the organization will be co-presenting three screenings of The Starfish Throwers (in April) at Toronto's Hot Docs Canadian International Documentary Festival. The film focuses on world hunger and what different organizations are doing to help combat the issue.

"It will get people talking," 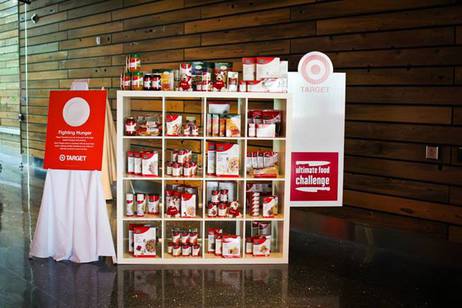 This May, the DBFB hosted its very own popular Ultimate Food Challenge! This event is held every year in Toronto to fight hunger and to help raise funds for the organization. Three of the city's best chefs competed to win the Best Foodie Award by using regular food bank staples to create delicious dishes that are then sampled and judged by Massimo Capra, Michael Bonacini, and Emily Richards — all extremely popular on-air personalities working within the food industry.

"The Ultimate Food Challenge is primarily a way to fundraise, but also [to] raise awareness about hunger and [to] get people involved in the food industry — such as chefs — looking at food and hunger in a different way,"

explains Anderson. Together with the DBFB, this event was hosted by Toronto radio personalities Maureen Holloway and Fred Kennedy. 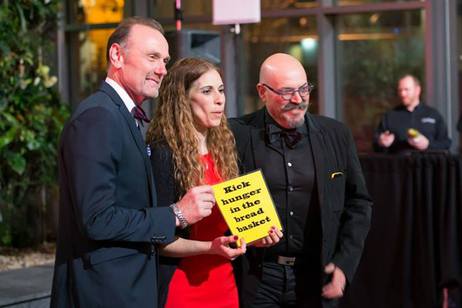 When we asked Sarah Anderson how much awareness the Daily Bread's events bring to Toronto's hunger problem, she told us,

"Events are a way to keep the conversation going. That ongoing dialogue is important. So often, people look at a problem and think it's too large for them to be able to have an impact [on]. But that's not true. We need everyone involved and working towards change to make a difference in fighting hunger."

The DBFB hosted annual Spring Drive, which ran from April 2 to April 26, with goals reaching for $225,000 and 225,000 pounds of nutritious food. You can find a complete list of the most needed food items on the Daily Bread's website, but we'll include some of them here for you: pasta, dried or canned beans or lentils, rice, canned fruit and vegetables, baby formula and baby food, tomato sauce, peanut butter, canned tuna or canned meat, and powdered milk.

"The Spring Drive is one of [the] most important drives because it keeps food banks stocked throughout the summer,"

"In the past few weeks, some of our member agencies have shut their doors early because there simply isn't enough food to meet demand. We need to fill those shelves so nobody is ever turned away."

At the end of the day, Toronto needs organizations like the Daily Bread Food Bank to help keep its population of hungry and needy citizens fed and cared for. It also needs a steady stream of willing volunteers to help accomplish what seems like the impossible: distributing thousands of pounds worth of donated food to the poor — to infants, children, teenagers, adults, and seniors. 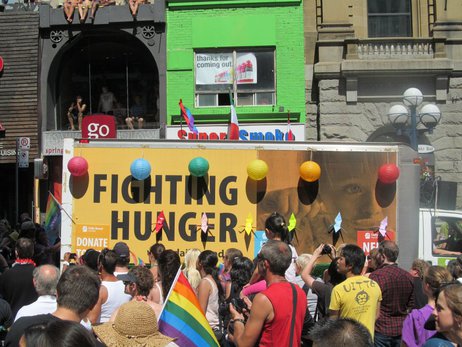 "may have lost their job or their home, or have been faced with a sudden illness or disability that makes working impossible,"

This is "the work we do to solve the problem parents in this city face every day: 'how will I feed my child today?'"