The lifespan of residential buildings is a question of utmost importance for every homeowner. Once you build or buy a new house, you expect that it will last for a while so that your children and grandchildren can live there. However, nowadays we often hear that modern houses aren't built as well as they were in the past. New houses and residential buildings are being erected in vast numbers in a relatively short time by large contractors that specialize in a particular industry. People are sceptical, mainly due to cheap materials that constructors tend to use. However, there's been a substantial technological development in engineering and construction that should result in reliable, longer-lasting buildings. 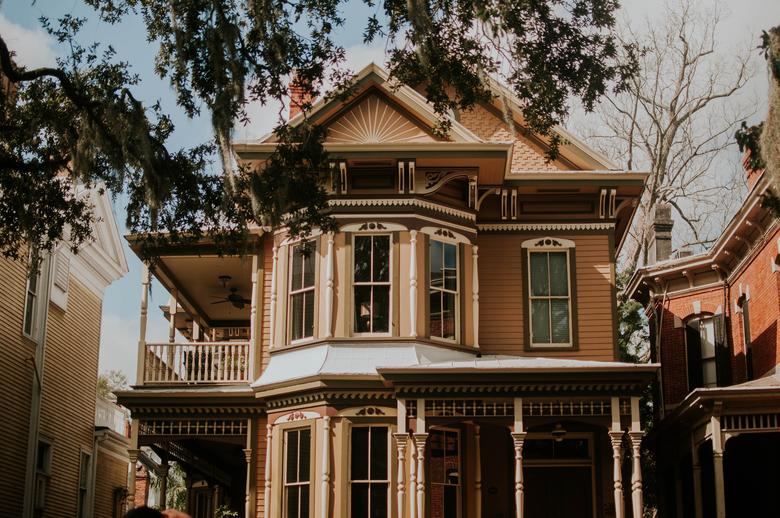 Most residential buildings built today rely on engineering principles more than massive and strong building materials. It's, therefore, more likely that even small construction mistakes and errors will have a substantial impact on the house's warranty and quality. Another important consideration is that these errors usually affect a larger extent of new residential buildings, as they are often built together over a short period of time. A huge warning indicator is a vast problem with houses of low standards in China that arose in 2010, after finding out that most of the new constructions won't last more than 25 to 30 years, at which point they'll essentially turn into a pile of dangerous garbage. Nobody would like to find himself in such a situation, with a house that starts to fall apart right after you pay off the loan.

It's true that a century ago, homes were built of stout materials like old-growth timber, durable stones, slate, and brick. Old trees are much denser than the younger ones that are used today due to the huge number of new constructions. Moreover, builders today are trying to keep the costs down so that more people can afford their houses. As a result, house affordability is substantially higher than in the past, but the quality of the cheapest houses very often drags behind.

There are many external factors that determine the lifespan of a building, such as a climate, maintenance, weather, location, and traffic. Choosing a house made of appropriate materials and components and taking proper care of it can substantially extend its life expectancy. Let's compare houses made out of the two most common materials, wood and brick.

A brick house can easily last over 100 years, but so can a wooden house. However, houses made of wood are more prone to strong winds and fires and won't last as long as brick houses in windy regions with strong precipitation. On the other hand, they are more flexible and therefore very common in regions with a high rate of earthquakes. The connection between location and building materials of your house is crucial for your home's insurance rate. The main advantages of brick houses are that they require less maintenance, you don't have to paint their exteriors, and they provide better insulation. On the other hand, they're more expensive and the construction process is considerably longer. 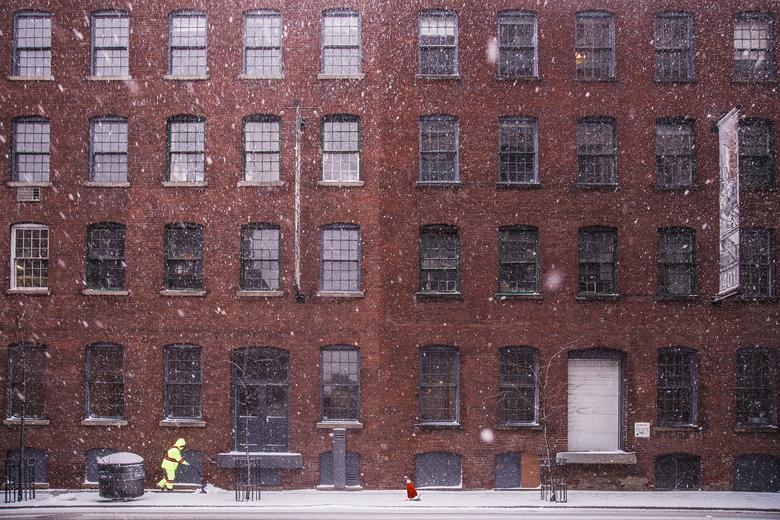 The lifespan of a residential building is determined by several factors, such as its location, climate, weather, materials, and building type. There have been many debates about the life expectancy of condos and independent houses. Large cities are being crammed with new high-rise condominiums, especially Toronto, which is the world's leader in the number of high-rise buildings under construction. The biggest advantage of condos is that they require significantly less maintenance than individual houses. On the other hand, the taller a building is, the more prone it is to the ravages of time and harsh environmental conditions, so the shorter its lifespan. A townhouse owner spends more time on maintenance and security issues, but she can be sure that her children and grandchildren will be able to live there.

Recently, there's been a controversial debate about the lifespan of glass condos in Toronto. Experts claim that these "throw-away buildings will fail 15 to 25 years after they're built and will need retrofits costing millions of dollars." The main causes of this problem include insulation failures, water leaks, skyrocketing energy and maintenance costs, and declining resale potential. Glass walls are cheaper than other materials, and they create a good first impression; however, the hidden price is much higher than anyone would be willing to pay.

The main cause is the "wild" temperature change during different seasons in Toronto: "The freeze-thaw cycle will eventually cause the sealant in the windows to fail, resulting in more hot & cool air getting into each unit." 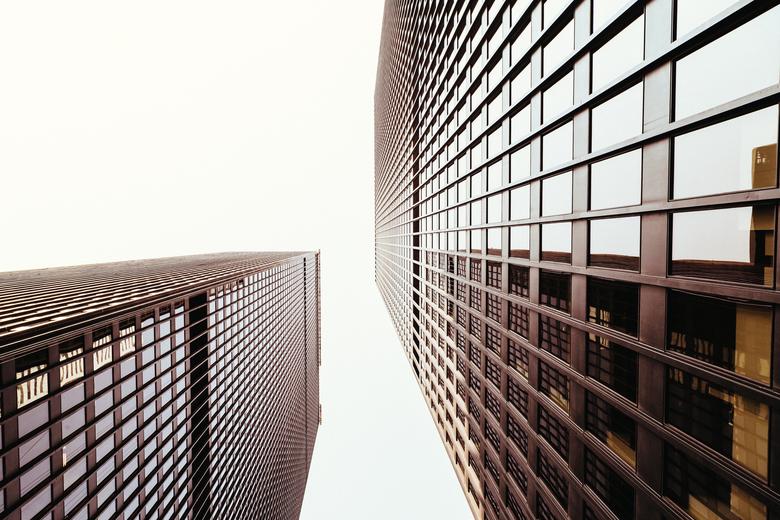 To avoid similar problems, you have to consider several questions before buying a condo or a house. A new house starts to wear out immediately after constructed. It's therefore important to pay attention to the maintenance and lifespan of individual components. Their life expectancy depends on the quality of installation, level of maintenance, weather and climate conditions, and the intensity of use. The U.S. National Association of Home Builders released a study in 2007 that analyzes the life expectancies of different home components to which we should pay attention.

There's no doubt that one of the most important components of each house that determines its lifespan is its roof. The life of a roof depends mainly on local weather conditions, material quality, proper building, design, and adequate maintenance. According to the study mentioned, slate, copper, and clay/concrete roofs have the longest life expectancy — over 50 years. Roofs made of asphalt shingles should survive for about 20 years, while roofs made of fibre cement shingles are expected to last for about 25 years, and roofs made of wood shakes should last for about 30 years.

The study shows that there aren't any substantial differences in the life expectancies of different insulation materials. All types of insulation should last a lifetime if they're properly installed and maintained and are not punctured, cut, or burned.

Another very important question to consider is the material of your windows. The initial costs of both plastic and timber windows are similar. However, there's a huge difference in their lifespans. Well maintained wooden windows can last for centuries, while plastic should be replaced every 20 to 30 years.

Generally, homes need to be painted every five to ten years depending on the quality of the paint, its exposure to moisture, weather conditions, traffic, etc. However, high-quality paints are expected to look good for as much as 20 years.

Brickwork is often considered to be the most reliable external material. However, the reliability of bricks depends on the quality of work and climate more than any other materials. Once water gets through the brickwork, it starts to cause all kinds of problems behind it in the cavity, such as soggy insulation, damp patches inside the house, and rusting wall ties. On the other hand, properly installed brickwork is maintenance-free and very strong. Other alternatives have their pros and cons as well. Render is likely to start cracking. Tiles are prone to wind damage and cracking. Timber boarding can start to rot and needs more maintenance than other materials.

The Oldest Building in Toronto — The Scadding Cabin 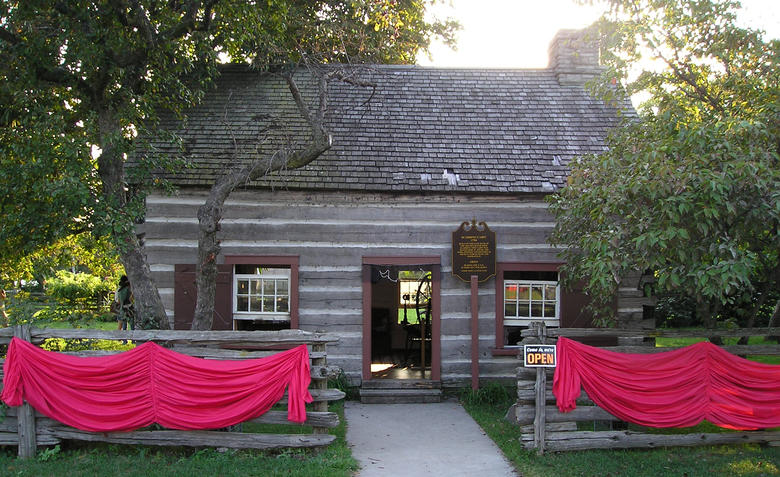 The Scadding Cabin by Wikimedia Commons

It's not surprising that the oldest building in Toronto is made of wood since it was the most common building material of that era. It proves, however, that not only houses made of sturdy materials such as bricks or stone will last long. This small building is located on the western grounds of the CNE, adjacent to the Fort Rouillé Monument. The Scadding Cabin was constructed in 1794 on behalf of John Scadding, who was a clerk in the office of the first lieutenant governor of Upper Canada, John Graves Simcoe. The original two-storey log cabin was disassembled from its original site and rebuilt by the York Pioneers at its current site for the Toronto Industrial Exhibition in 1879.