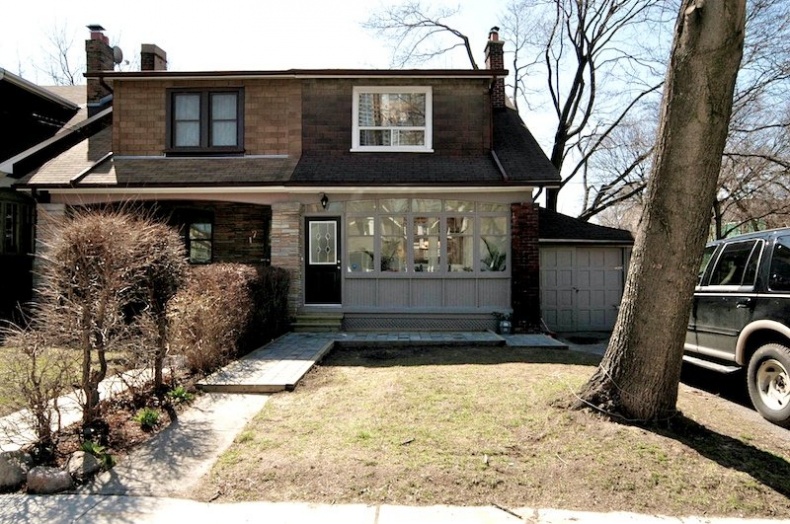 The large, upgraded windows in this semi-detached house - including a row of them across an enclosed porch - would normally let in plenty of natural light. But that's even more the case given that the dwelling sits on a wide corner lot.

Some potential buyers saw the lot as a plus, but others worried that being open on a third side would result in a lack of privacy, according to agent Julie Kinnear.

There seemed to be agreement, however, on the appeal of the uptown neighbourhood. It's filled with parks, schools, restaurants, shops, a 24-hour grocery store and a movie theatre, and the subway line is nearby.

"It [is] a really cool location," Ms. Kinnear says.

Visitors also were attracted by the renovations that were made to the roughly 80-year-old house.

A remodelling of the kitchen about two years ago included installing heated floors, a built-in desk, breakfast bar and new appliances, including a gas stove.

The owners opened up the back to add a family room, Ms. Kinnear says. "That is very desirable and rare in that area." A large cedar deck and the garden can be reached from the room.

In other improvements, the wiring was updated, a high-efficiency furnace and hot-water tank were installed, interiors were professionally painted and the original hardwood flooring was refinished throughout.

The combined living and dining room includes a wood-burning fireplace and pot lights.

The home's three bedrooms are on the second floor, along with the main bathroom.

A lower-level recreation room can be partitioned off from a self-contained suite with a living room, cooking area, full bathroom and separate entrance.

"It wasn't like the basement was unusable for the owner if they wanted to have someone else live there," Ms. Kinnear explains. "It was very efficiently done."

The property also includes an attached garage and a rare (for the neighbourhood) private driveway.