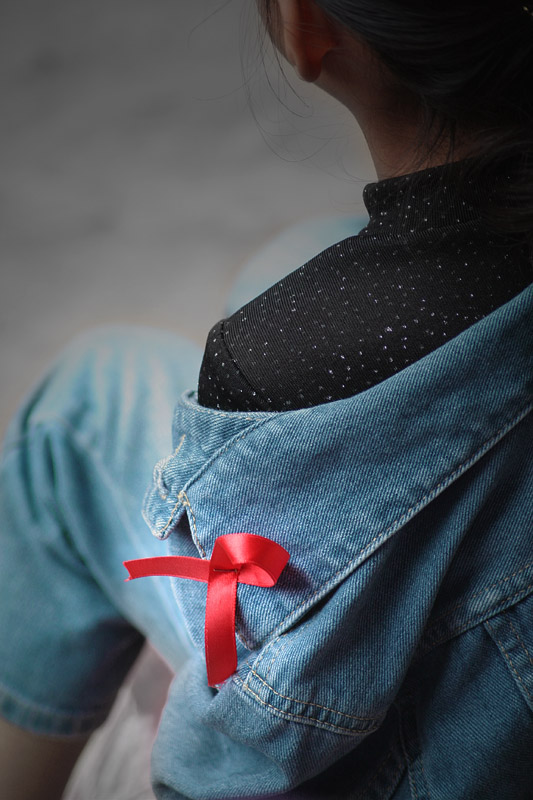 To the Red Ribbon Day
by Seema K K

It seems as though a brand new era of heroes has been ushered in by the Internet. They help to save the world everyday – by signing online petitions, copying special facebook statuses, and sometimes even changing their profile pictures! If you feel like now is the right time to ask "whats going on here?!", you're probably right. Well, welcome to the age of slacktivism!

The boom of social networking sites has created many new possibilities for all kinds of activism. Unfortunately, it also made being a slacktivist even easier than before. The current generation is a lazy generation – and really, why would people risk getting arrested for joining a demonstration that gets out of hand when they can show their support with the click of a mouse, sitting safely in front of their computers?

The word itself is a portmanteau (a blend of two or more words or morphemes) made out of the words slacker and activism. It usually describes "feel-good" measures in support of some cause that have little or no practical effect whatsoever. Taking these measures requires minimal personal effort and the only real result is the false feeling of satisfaction that the slacktivists experience afterwards, along with inspiring/annoying their friends, colleagues, or another witnesses of their "activism".

This phenomenon isn't entirely new or necessarily connected with internet. Slacktivist activities include, for example, joining a community organization without contributing to the organization's efforts in any way, wearing awareness ribbons or awareness bracelets with political or environmental messages, putting a ribbon magnet on a vehicle, etc.

Are you a fan of the Earth Hour? Well, without dedicating more than one hour per year to energy saving, you're not going to make much difference. Posting pictures of cute kittens also doesn't make anyone an animal rights advocate – yet many people who claim to be great animal lovers won't go any further.

These days, people don't even have to wear a Greenpeace t-shirt to pretend to be an environmentalist, it's as simple as joining an adequate Facebook group. In any case, Facebook presents great soil for any kind of slacktivist activity. Do you remember when you were asked to replace your profile picture with your favourite childhood cartoon character to fight child abuse? Though the real effect of a "measure" like this is practically zero, the wave of massive picture changing spread all over the world. And there are many other absurd examples: women supporting breast cancer awareness by changing their Facebook statuses to promote what colour their bras are, or people signing online petitions to stop rampant crime.

Furthermore, there are thousands of Facebook groups that support or oppose some cause. However, many of these groups and pages are created only for the purpose of hoarding as many members (and their personal information) as possible. Once a certain number is reached, the pages are used for marketing and reaching potential customers. In the end, by joining a Facebook group, you might become a victim of abuse yourself.

Still, many people argue that even this kind of activity can be important, as it raises awareness. Others claim that they don't really take it seriously and it's "just for fun" or "harmless." While the first argument might be partially true, the others certainly aren't. On the contrary, succumbing to the mentality of "I've just saved thousands of children from being abused by changing my avatar" might demotivate people from taking some real action.

Can it be turned into activism?

Why is slacktivism so popular? Maybe because it's the easy way. For many slacktivists, virtually supporting a cause via a social networking site is not about true devotion to making a change. They just need to satisfy their own needs to be perceived as "good" people with the "right" opinions. While there's nothing wrong with expressing an opinion, pretending to be something you're not just isn't very honest.

But let's try not to be too judgemental. Sometimes even small steps can make a big difference, and slacktivism can be turned into activism with some real effects. However, people need to become more informed about how much impact their actions are going to have.

Therefore, if you'd like to start a change yourself: next time someone asks you to post a cartoon to help children, try posting something meaningful instead. For example, find some good child assistance agency or start a discussion on the matter. Or, even better yet, volunteer, send a donation, then change your avatar and say, "I have changed my profile picture because I just helped some children through a donation to this charity." Try to educate people around you and inspire them to make a real difference themselves.

Maybe it's time we asked ourselves whether we have what it takes to walk the walk and not just talk the talk.