Until not too long ago, asbestos used to be applauded for its unique characteristics: being resistant to heat, fire, chemicals and wear made it a very desirable material. For decades it was used in making thousands of products, from building material to clothes and toys, until about 50 years ago when it became obvious that it was also poisonous.

What is asbestos poisoning?

The blessings and curse of asbestos at the same time is its durability, which has been exploited in numerous industries. On the other hand, when present in human bodies, the body has no means of disposing of it. As long as asbestos stays compound in the material it is part of, then it is harmless. It only becomes dangerous when the tiny needle-like fibers become airborne, which makes them likely to be inhaled.

Asbestos has been linked to a number of serious lung diseases. The trouble with asbestos poisoning is that it takes dozens of years for the disease to finally develop, a long time after the initial exposure to the toxin, while the primary symptoms such as a dry cough, tightness in the chest or shortness of breath match the symptoms of many less serious diseases. Combined with the length of the latency period, the real cause of the trouble is often discovered too late.

Mesothelioma is an incurable cancer of the outer lining of the lungs. While it is extremely rare in patients with no history of asbestos exposure, it accounts for around 14% of all deaths related to asbestos poisoning. Unlike asbestosis, mesothelioma has been associated with very short, even accidental exposure to asbestos poisoning. It is usually fatal within 12-15 months of diagnosis. 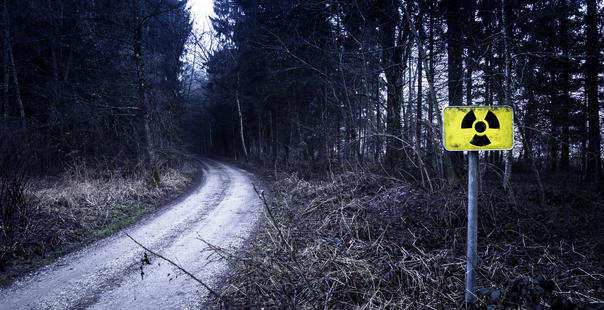 Canada used to be one of the leading asbestos producers and still supports its use in less harmful variations and mines in Quebec are still operating. Until the 1980s, asbestos had been widely used in all office buildings, public building and schools, mostly for thermal, fire and sound insulation. The most at risk people tend to be the workers who have installed asbestos materials, especially if they ignored the health and safety guidelines and allowed dust from the installation process to escape into the atmosphere and then breathed in this poisonous toxin. Canada still hasn't banned the use of asbestos. However, improvements have been made - Ontario banned using asbestos as insulation back in 1973. Local governments have been trying to get rid of this material from public buildings and any work that involves either installing or removing it is governed by very stringent regulations.

Ontario has strict regulations concerning asbestos in buildings, especially since 2007. Landlords have to submit any suspicious material deteriorating in the building for examination. If the presence of asbestos is discovered, removal by certified professionals has to take place immediately. If there is any danger of continuous deterioration, the whole affected area has to be removed, again following strict safety rules.

The most common use of asbestos in non-domestic buildings:

The most common use of asbestos in residential homes in Toronto:

Asbestos is still not a solved issue. We all still remember the Sunrise Propane blast from last year. Five streets were hit by asbestos debris and 3000 residents had to leave their homes until a complete and careful clear up of the area.

Local governments keep fighting the danger posed by asbestos. However, the extent of this danger is very difficult to quantify. Since just 0.5% of asbestos in the material is considered toxic, it's hard to trace back all the potential dangers. Therefore, whenever you have even the slightest suspicion that your property may be affected, ask for a home inspection by a qualified professional (you can easily find a list of companies doing it in GTA area). Never try to remove suspect material on your own!