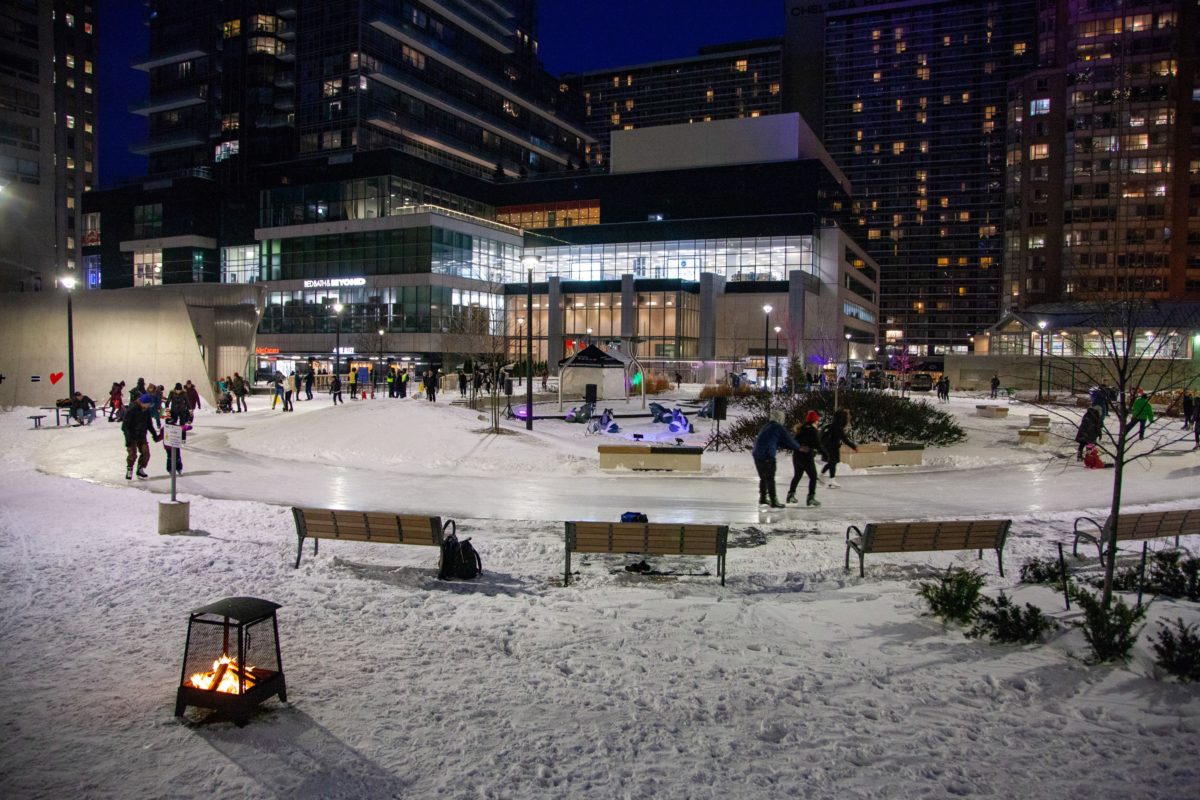 Ice skating season in Toronto is far from over. Even though some of the rinks start to close in February, the newest addition to the city's ice skating trails, the Barbara Ann Scott Skate Trail, will stay open until March 22, 2020.

It's named after the Canadian figure skater Barbara Ann Scott, who won gold at the 1948 Olympics, as well as the Lou Marsh Trophy three times as Canadian athlete of the year, and multiple gold medals at the world, North American and European championships.

Situated at College Park, surrounded by Downtown Toronto skyscrapers, the Barbara Ann Scott Ice Trail was in the works since 2016. It was actually first built in 1980, but then it closed in 2011 because of financial problems.  It finally opened in December 2019 and has since become a new favourite go-to spot for ice skating enthusiasts. After all, it's easily accessible, but most importantly, it's artificially cooled which means you can skate even when it's not cold outside!

According to the City of Toronto,

The five-metre-wide trail, designed to be a walking loop in summer, is the first exterior skating path in North America to incorporate state-of-the-art carbon dioxide technology in its refrigeration system. This environmentally friendly technology is natural, non-toxic and non-flammable, with no net greenhouse gas effect. 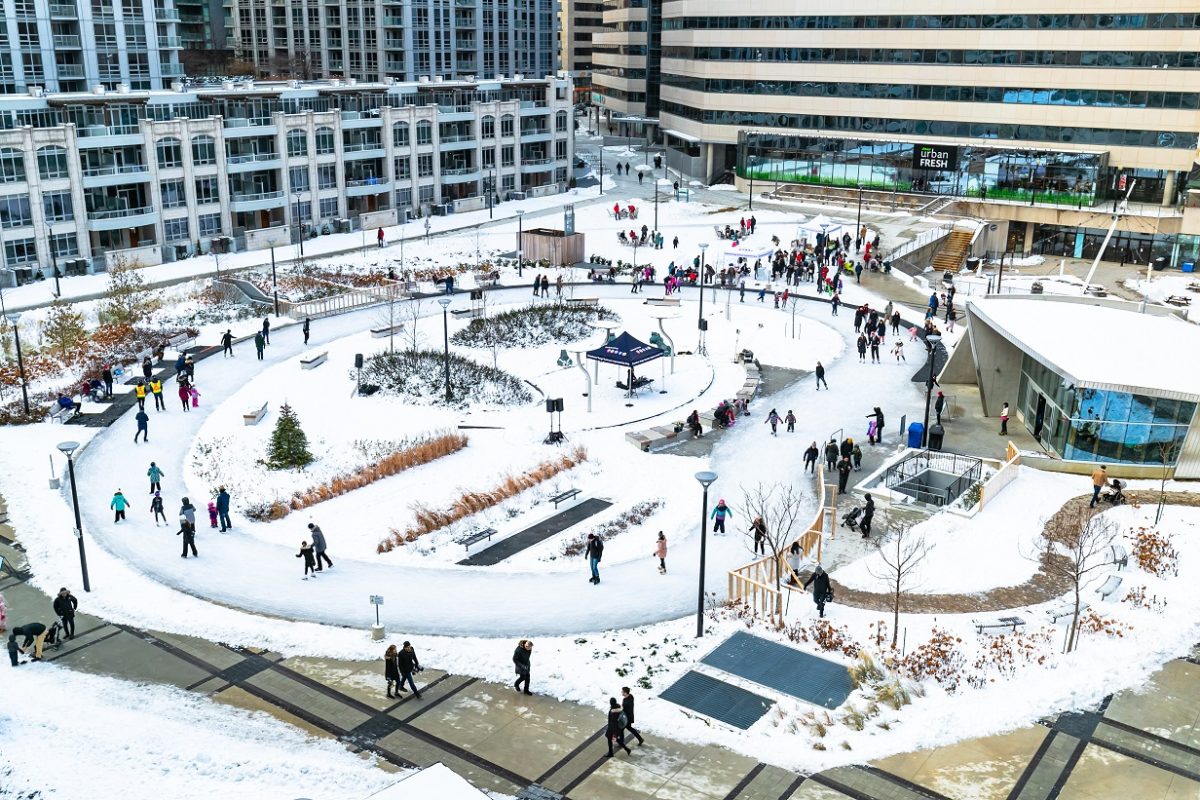 The Trail during the day - Photo Courtesy of Downtown Yonge BIA

Our photographer visited the rink on a Friday night, during the Skates and Sounds DJ Night. Have a look at some of her photos below. 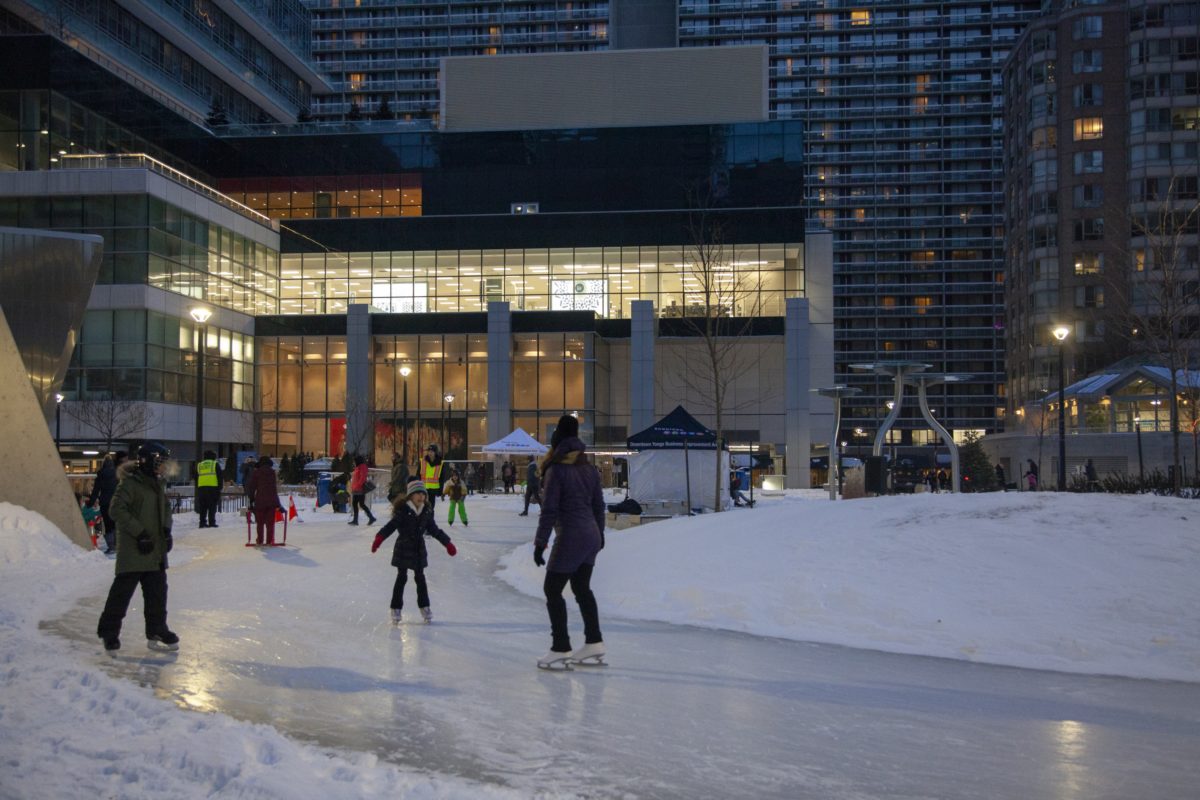 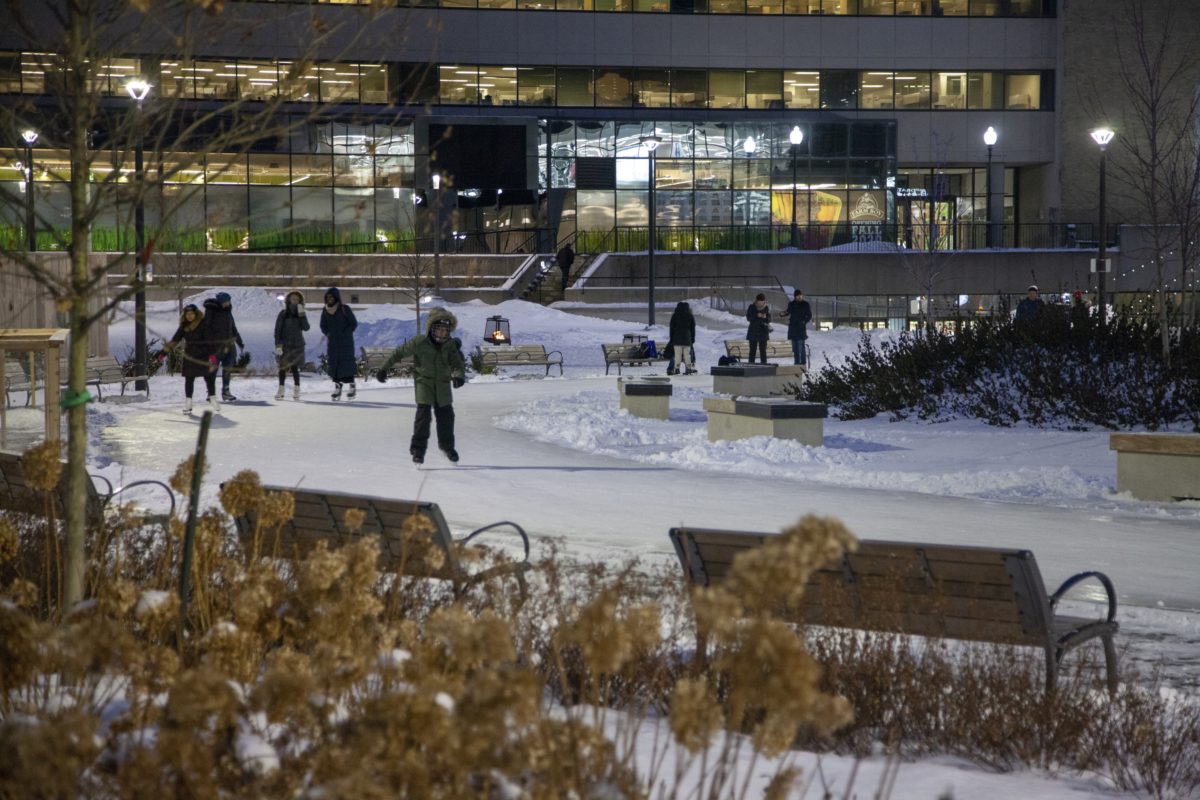 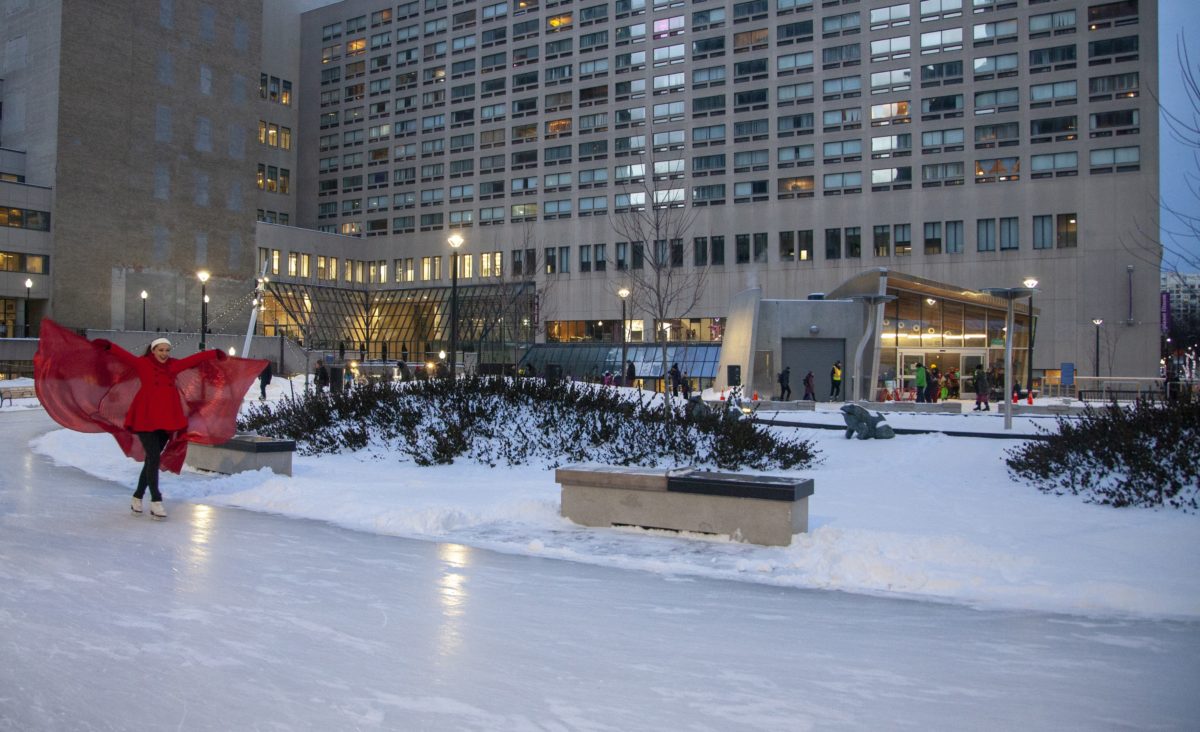 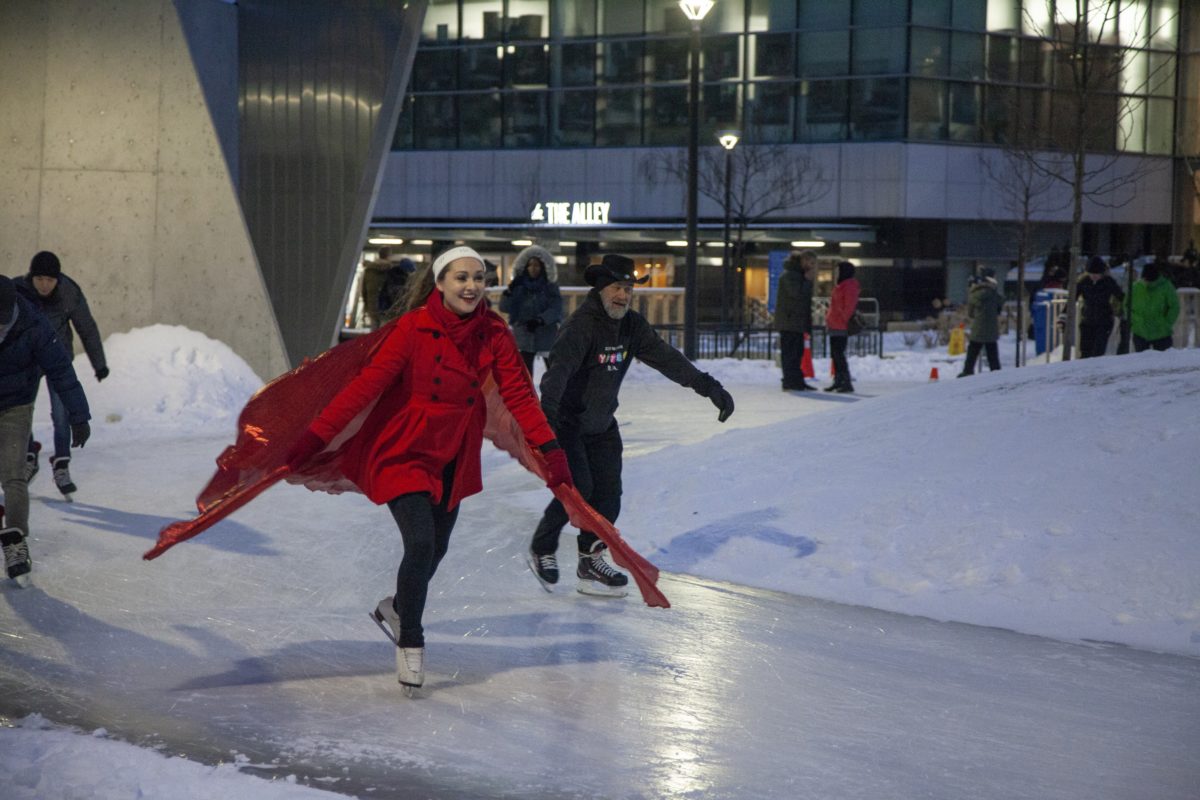 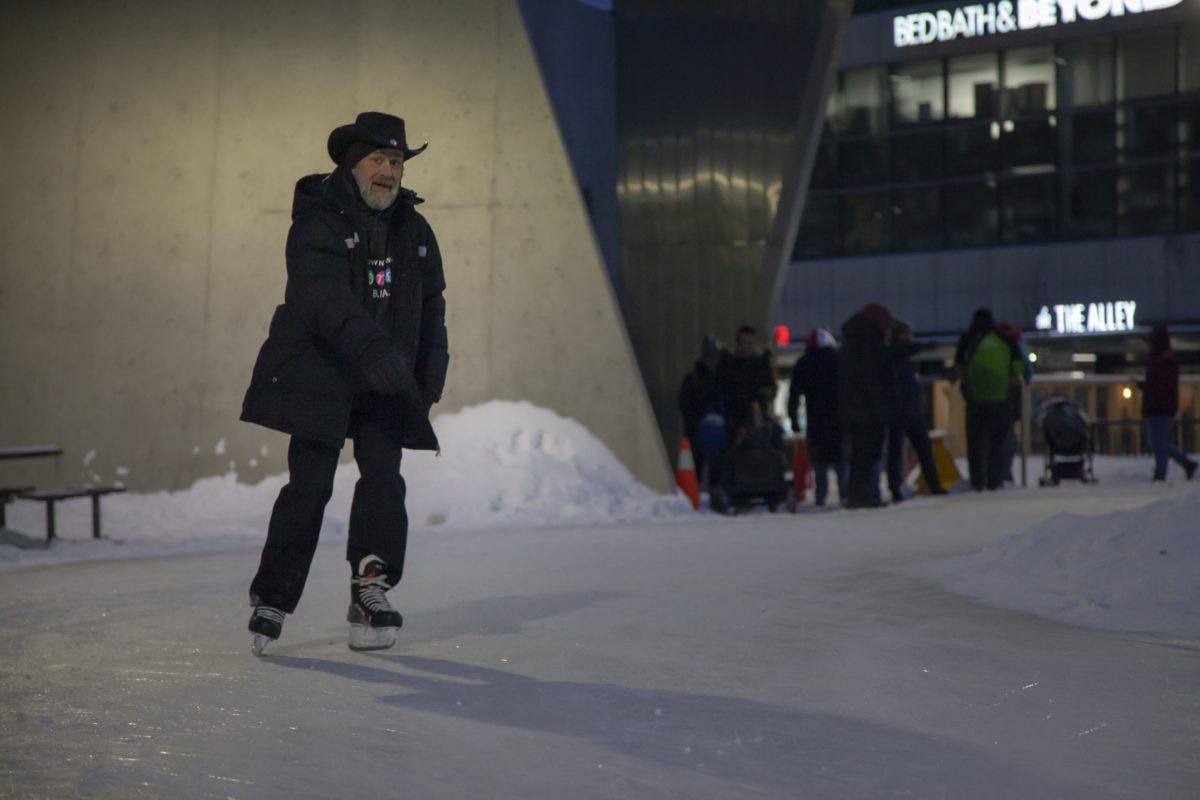 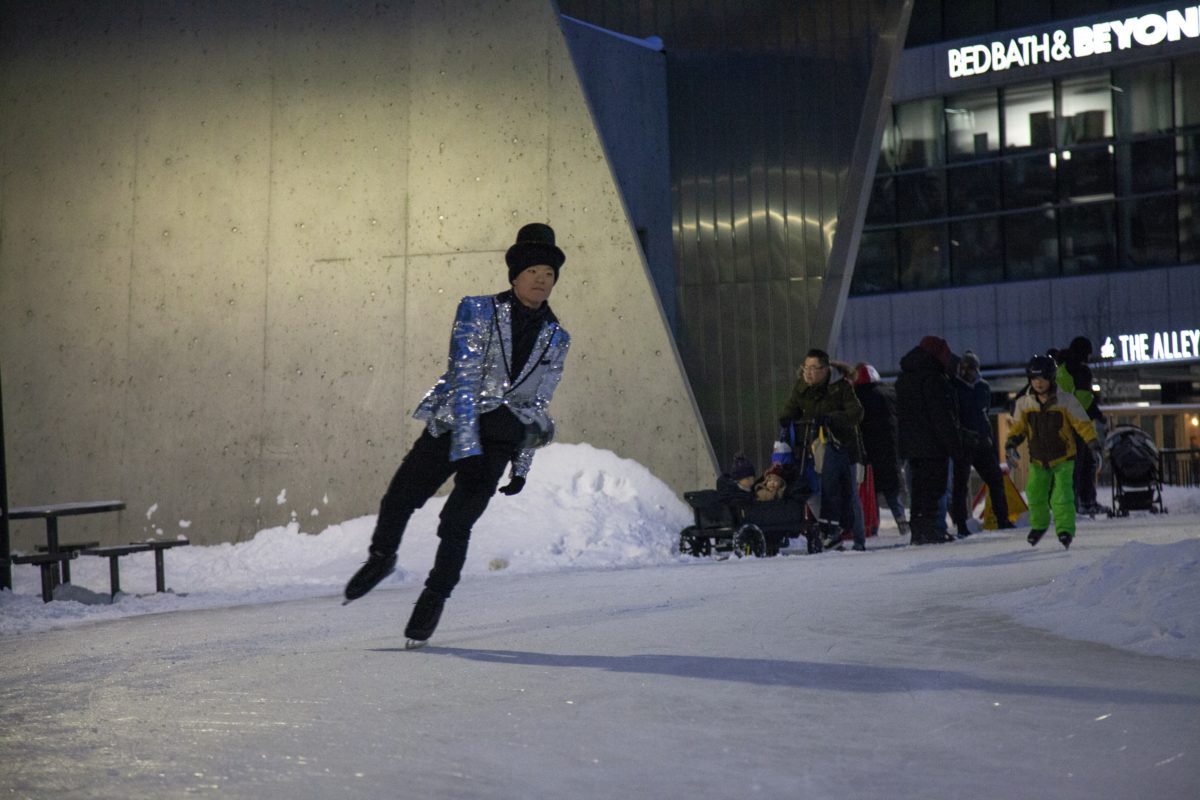 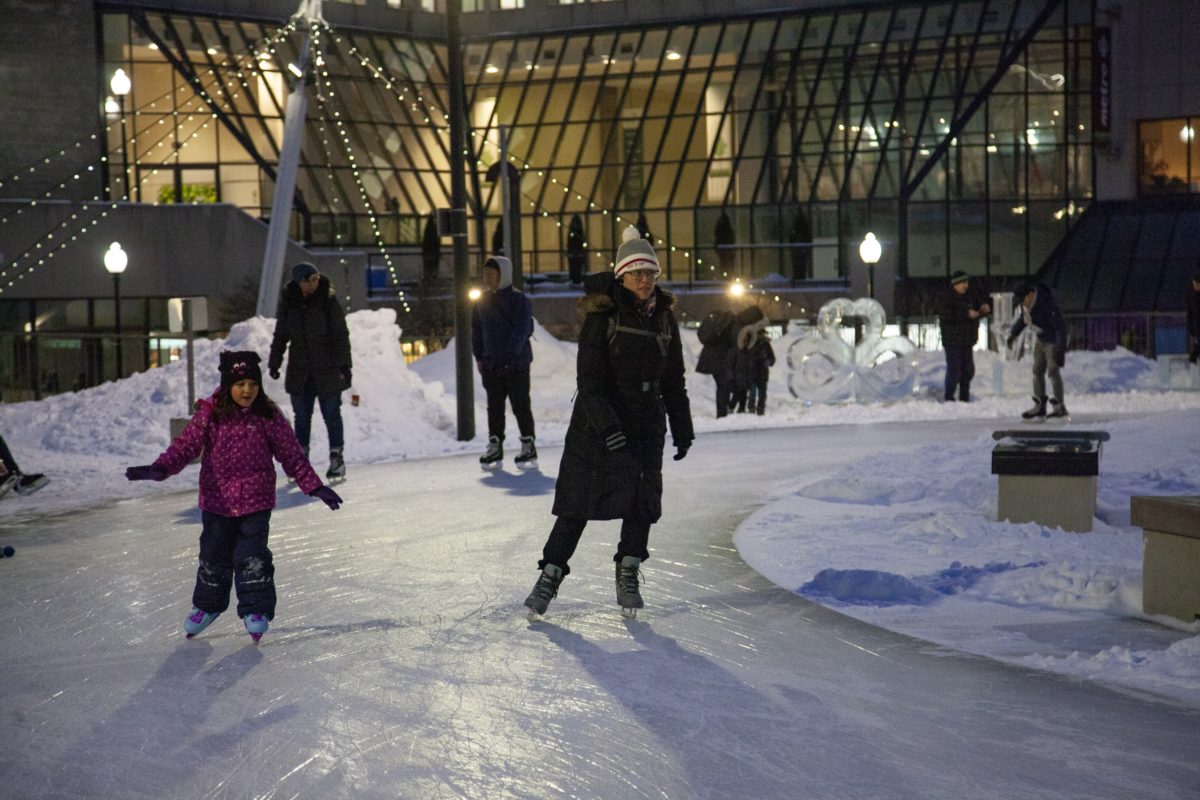 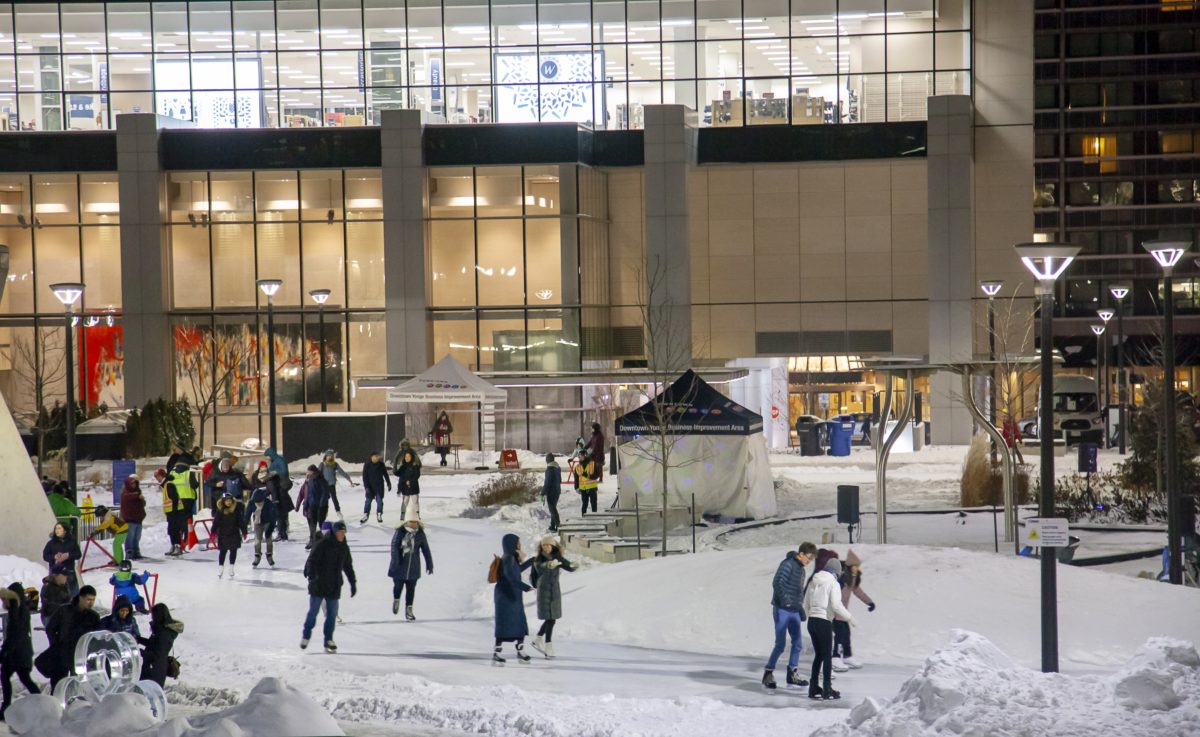 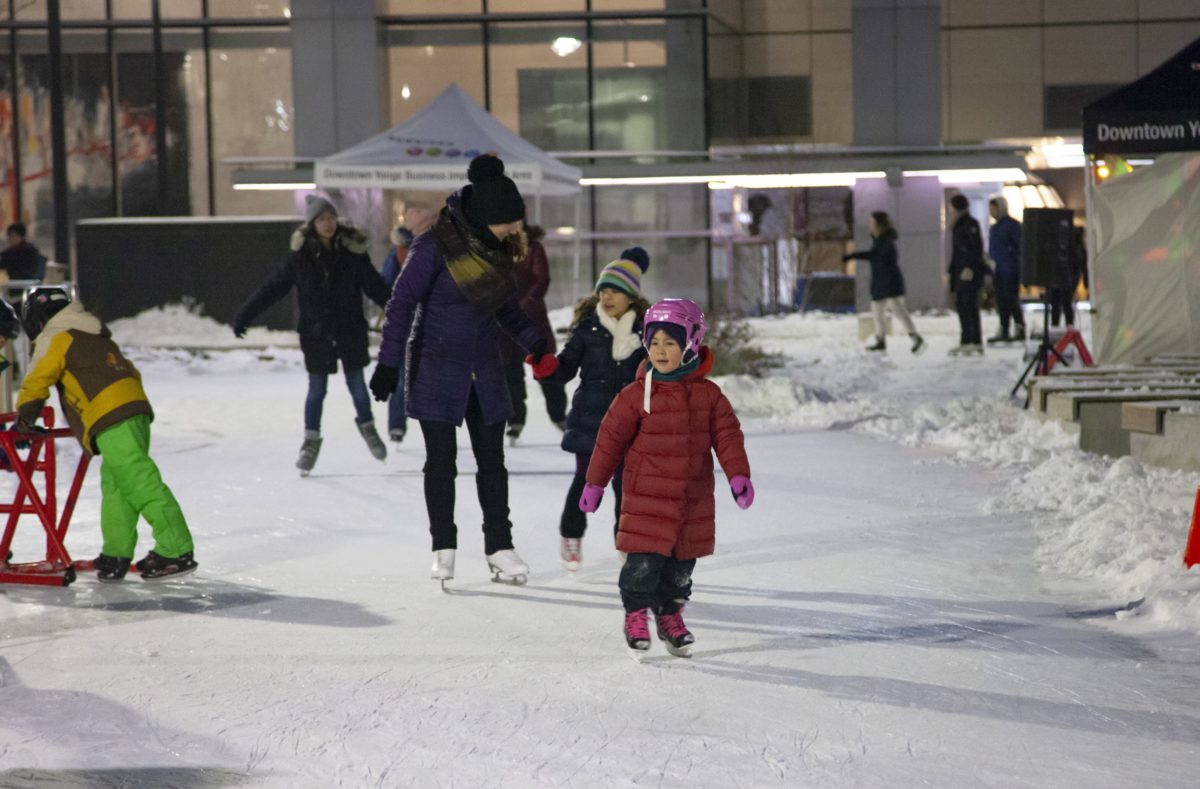 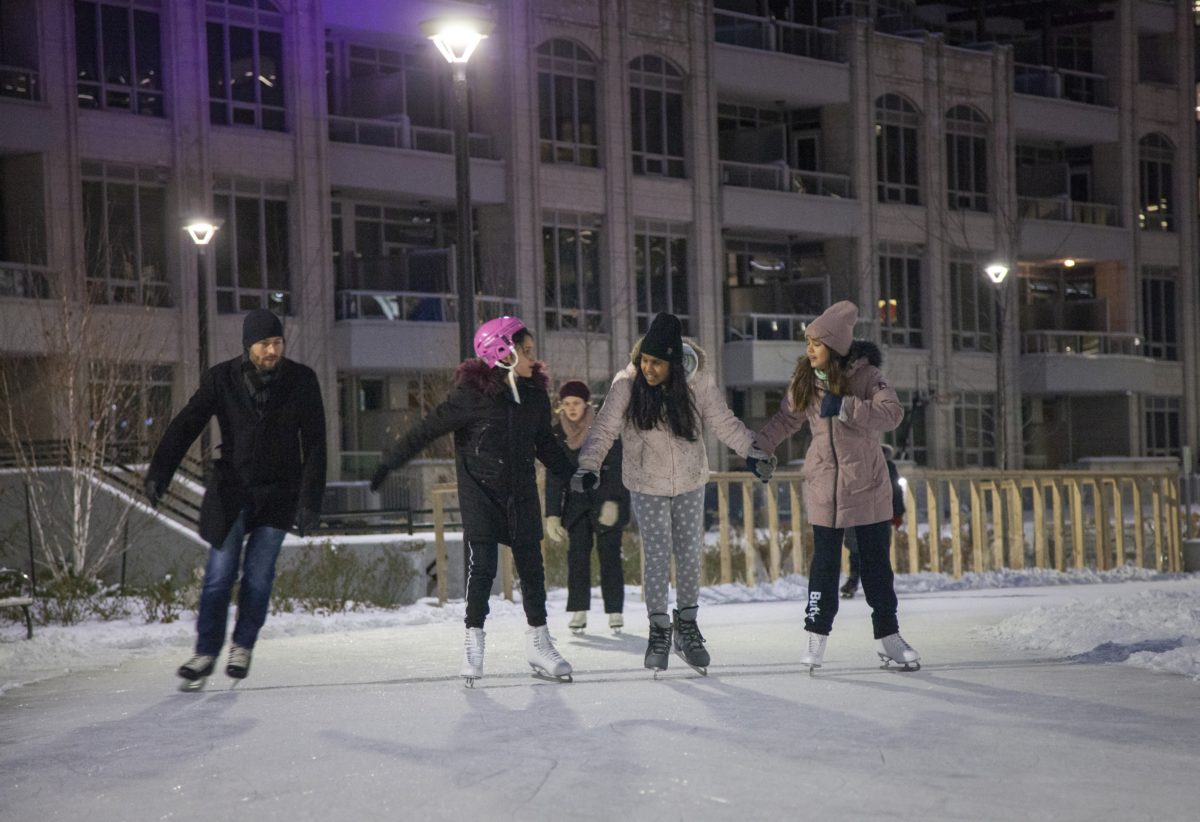 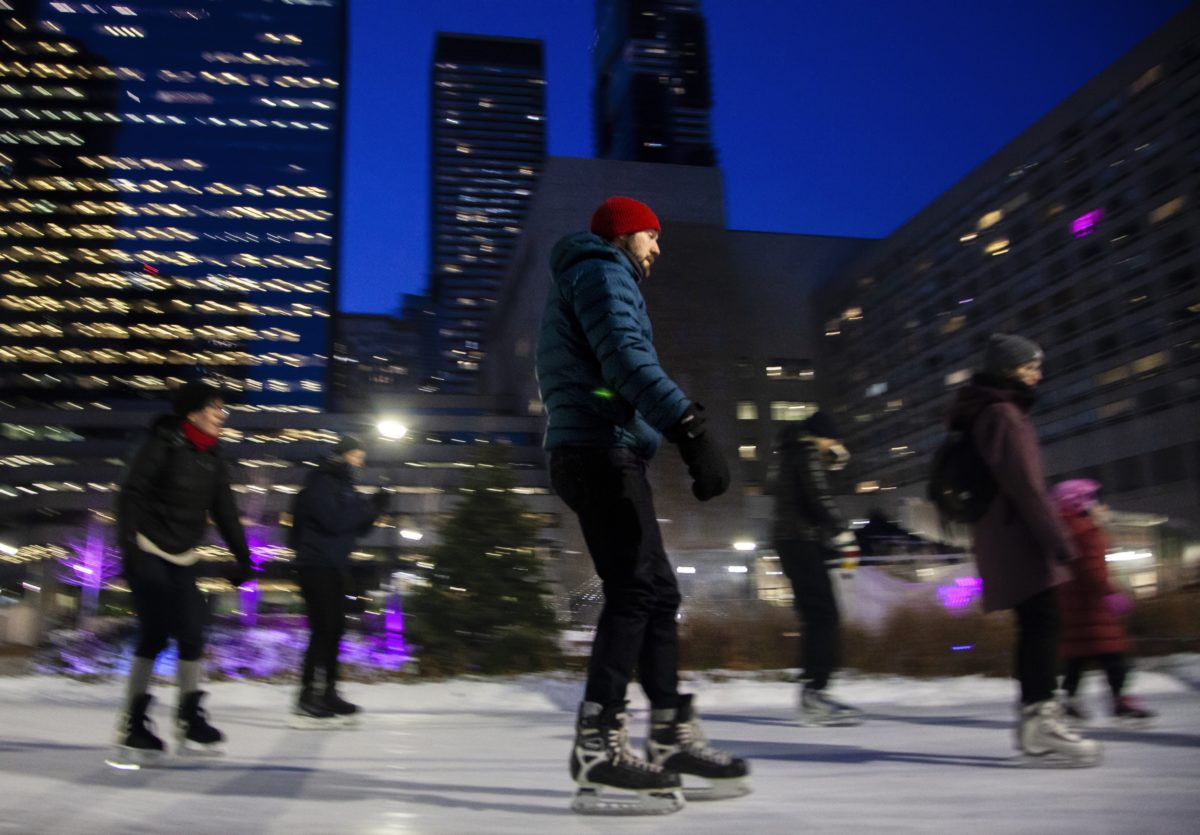 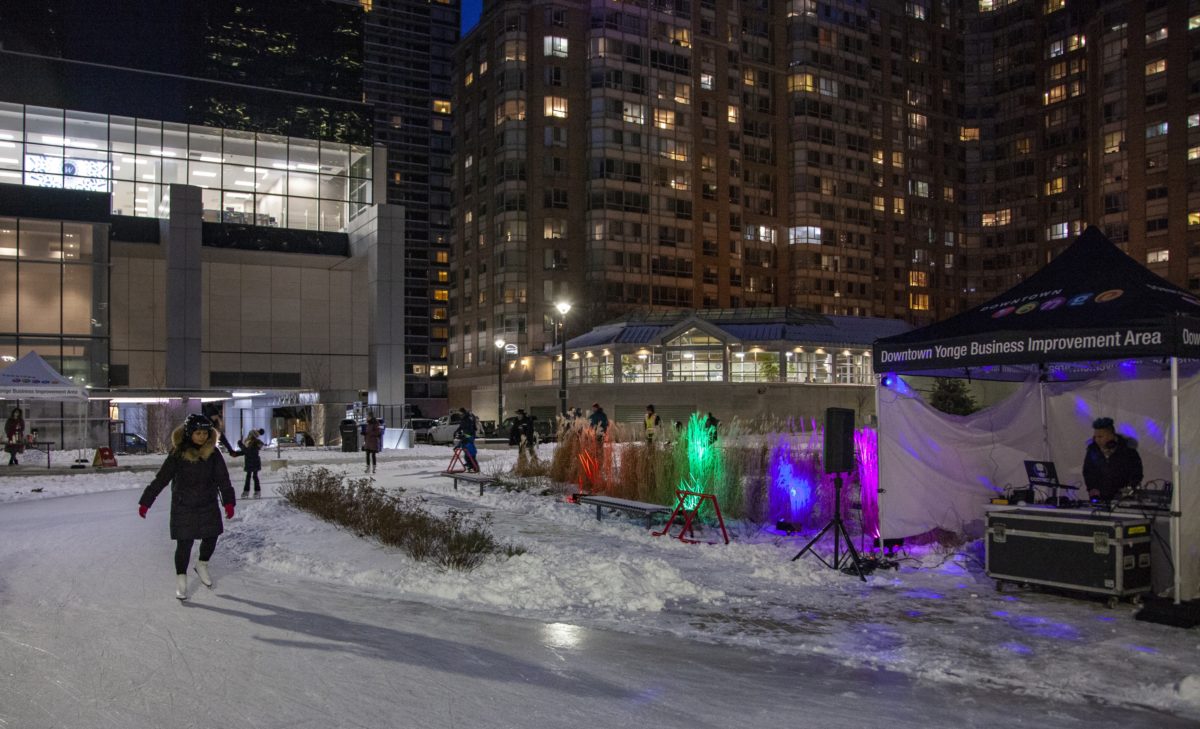 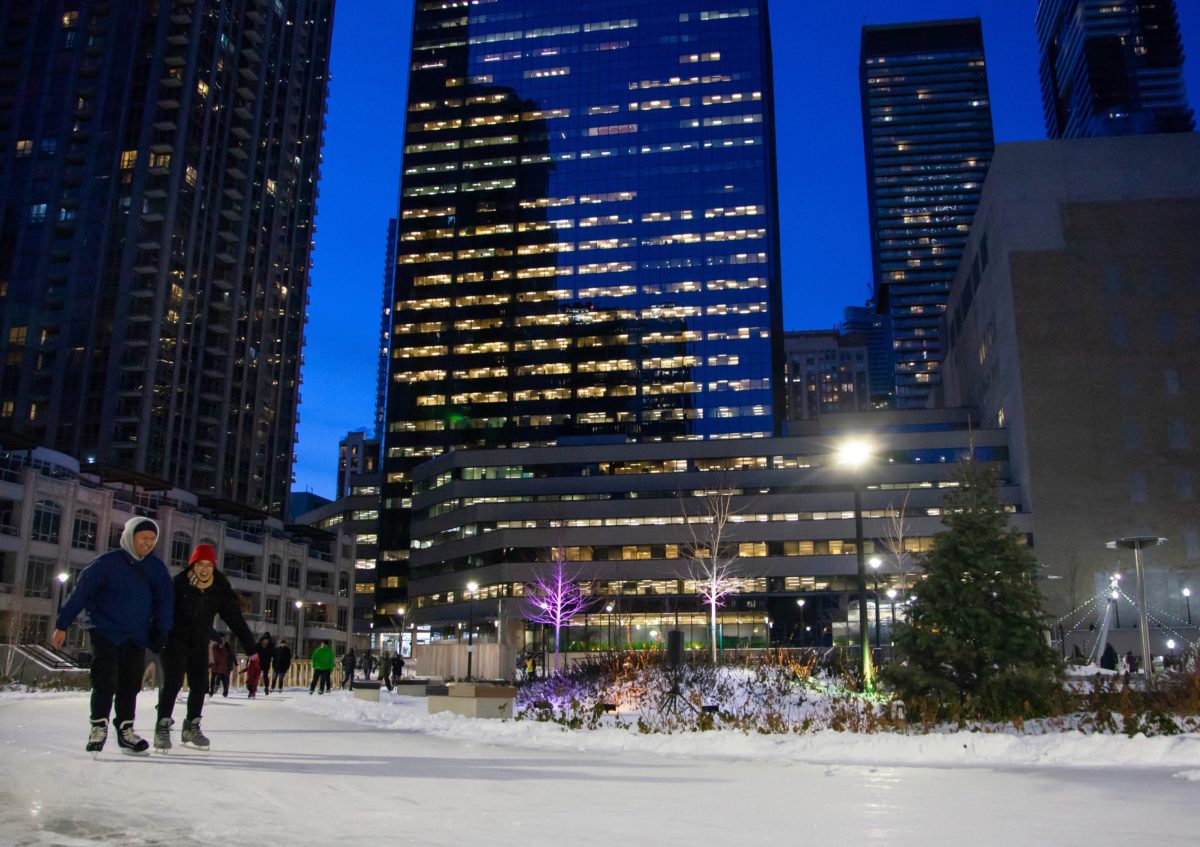 Have you visited Toronto's newest ice skating rink? What did you think? Let us know in the comments!