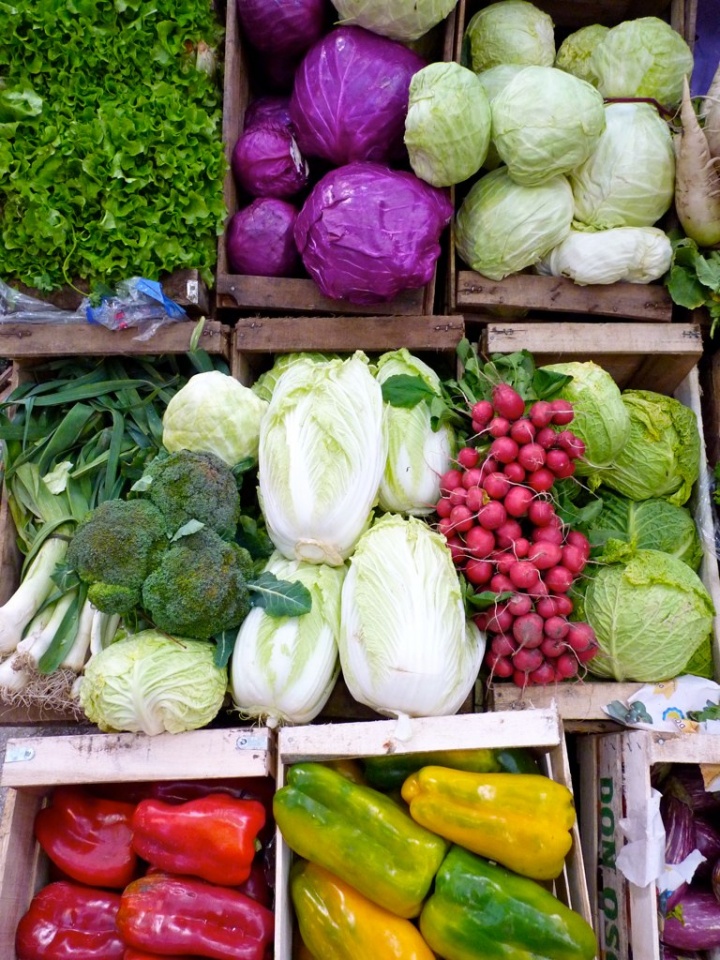 Colours of Health
by Alex Proimos

There are few sights more symbolic of the growing 'slow food' movement than that of a farmers' market set up in the midst of a sprawling city. In a world dominated by imports, advertising, and big box stores, the sight of local farmers gathered together to sell their produce directly to the public is a sign of changing times. If you are interested in or have an appetite for sustainable agriculture, there are several markets worth visiting.

SickKids hospital on University Avenue has a market, where over a dozen vendors set up every Tuesday in the hospital's crescent driveway. Since I visited quite early in the season (the market having only opened the week before), the selection of fresh produce was fairly limited, although this was complimented by baked goods and various honey and wax-based products.

SickKids is one of five Toronto markets whose vendors are certified by Farmers' Markets OntarioÂ®. The purpose of the certification program is to weed out vendors who are simply reselling produce from Toronto's Food Terminal. There are currently five such certified markets operating in Toronto; at Bloor/Borden, SickKids hospital, East Lynn Park, Liberty Village, and Ryerson University. 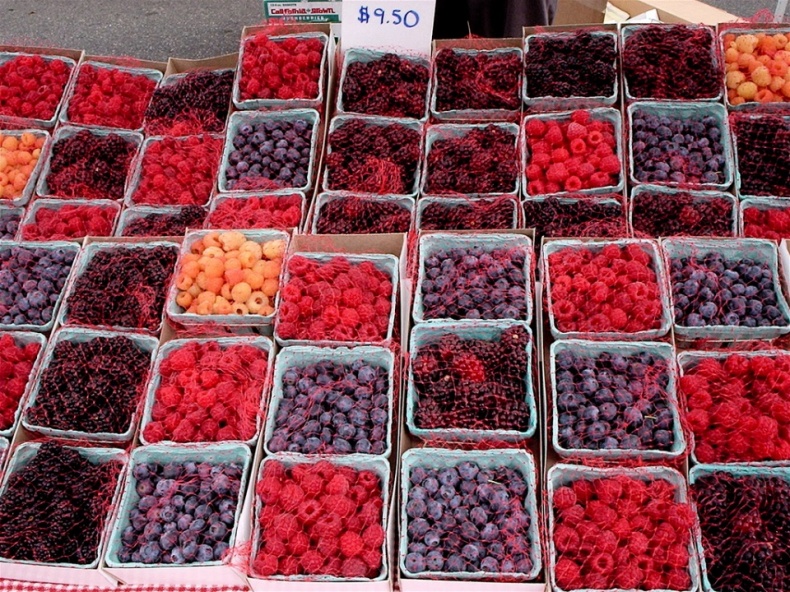 The Ryerson location was particularly pleasant for a street set-up; easy enough to find as it is simply a blocked-off section of Gould St, yet somewhat removed from the bustle of any major streets. Since both Ryerson and SickKids held their markets on the same day (Tuesday), one after another, many of the same vendors showed up for both. One or two of these same farmers were also present at the Bloor/Borden market, which was unfortunately arranged in an uninspiring parking lot, but which did benefit from the presence of two meat vendors who had been absent from SickKids.

Ryerson is not the only Toronto University to host a market; the University of Toronto also offers various local produce and baked goods in its Wilcocks commons. As with Ryerson, the market area is a blocked-off section of street, (Wilcocks street, in this case, just where it intersects with St George), although an amusing touch was added when I was there in the form of false turf laid over the road.

In contrast to this busy, intensely paved venue, the Withrow Park market is â as the name implies â held in in a far greener area and is without a doubt the most pleasant location of any of the markets I visited (with the Evergreen Brickworks as second). Only two or three blocks south of the Danforth, the Withrow market was fairly large and busy, with fewer fruit and vegetables and more meat, dairy, baked goods and inedibles than most of the other markets I visited.

A more extreme version of the Withrow style of market â one that emphasizes local crafts, cosmetics, and other items not found growing in fields or on trees â occurs every Sunday throughout the summer in the Distillery District. Originally built in 1837, the Gooderham and Worts' whiskey Distillery became the largest distillery in 1877, and is now a national historic site featuring shops, theatres, restaurants, and antiques. There was not, however, much of the farm featured in the distillery market when I was there, only one or two vendors offering fruit or vegetables in between displays of art, crafts, baked goods and maple. 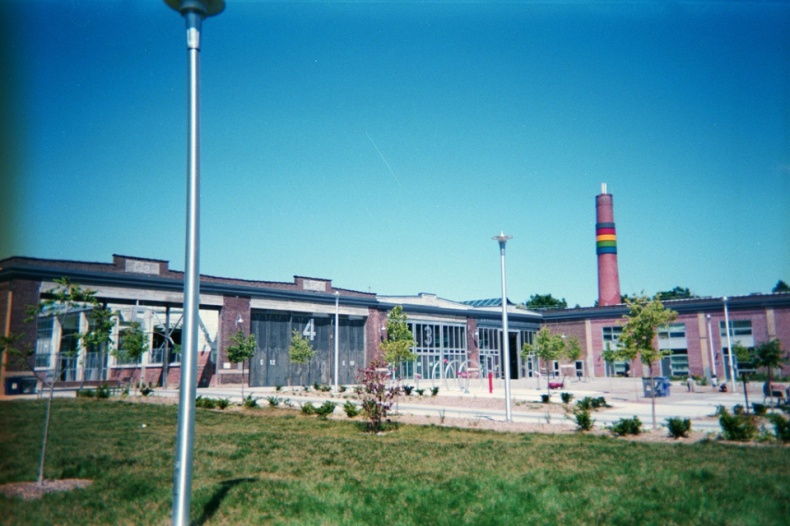 You can find a farmer's market open on any day of the week in Toronto (although Monday seems to be the least popular time), but the two biggest are open year round and are held on Saturday mornings. Both the Evergreen Brickworks and Artscape Wychwood Barns are historical sites recently put to new uses; the former produced bricks for the Toronto area from 1889 to 1984, while the latter was a streetcar repair site up until the 1980s. Apparently, the Wychwood market is usually held inside one of the old streetcar barns, but on the day I went, the barn was full of artists displaying their work, and the market was set up outside. Unlike many of the smaller farmer's markets, Wychwood could have actually provided me with a meal on the spot, in the form of various prepared foods such as miniature pizzas and vegan Nanaimo bars. The Brickworks market is comparable in size to Wychwood's and also provides the prospect of an immediate meal as well as live music and lots of local groceries. Like Wychwood, the Brickworks are far more than just a market and it offers many other activities including gardening workshops and yoga classes, as well as housing several organisations such as Ecojustice and the Don Valley Art Club.

Maps, vendors, and standards for the five certified markets can be found at the My Market website.

There are lists of Toronto farmers' markets floating in cyberspace; one can be found on the official City of Toronto website or The Toronto Farmers' Market Network.