Roncesvalles is a charming West Toronto neighbourhood. Unlike much of downtown Toronto, this cute stretch still boasts many independent stores and businesses. Little unique storefronts dot the street offering everything from Polish baked goods to used books and records. 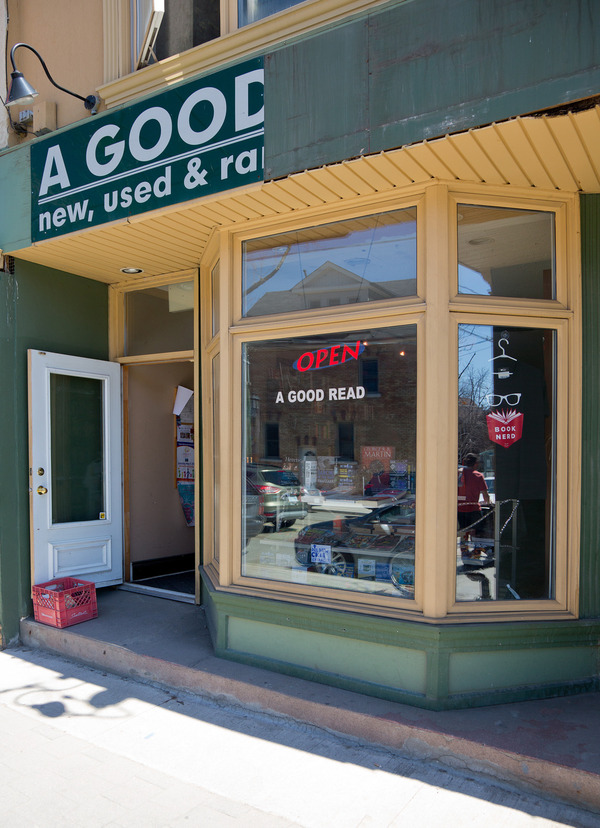 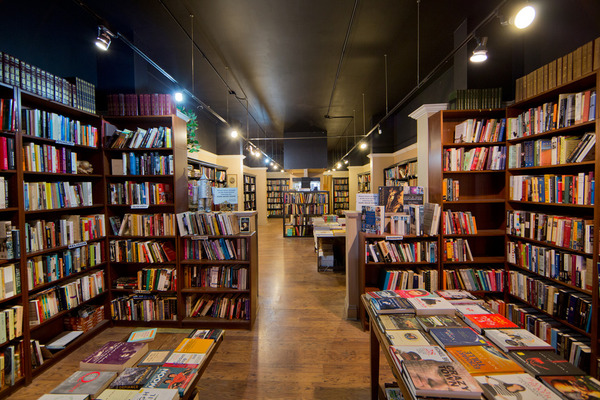 A Good Read Labyrinth of Books 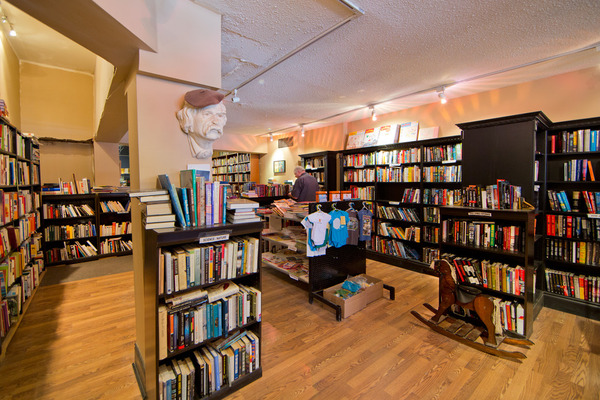 For a small business, surviving in the Roncesvalles neighbourhood is hard. Commercial rents are high, making it very difficult for the tiny shops to last for the long haul. Many have come and gone in the last decade, but A Good Read (341 Roncesvalles Ave, Toronto, ON M6R 2M8) and She Said Boom (393 Roncesvalles Ave, Toronto, ON M6R 2N1) are two notable exceptions. A Good Read has lasted for the past eight years, and She Said Boom has been in the neighbourhood since 1997. "We own the building so we have been able to stay for awhile," says Gary Kirk, owner of A Good Read. "A lot of the smaller independent businesses in this neighbourhood are being forced out. This neighbourhood has seen a lot of great little businesses disappear." Manager of She Said Boom, Mark Kingdon, echoes this sentiment. "A business like this just treads water. I think we're pretty good at what we do, you have to be." Kingdon is just being modest. She Said Boom has been voted Best Used Book Store and Best Record Store in NOW magazine's Reader's Choice awards. 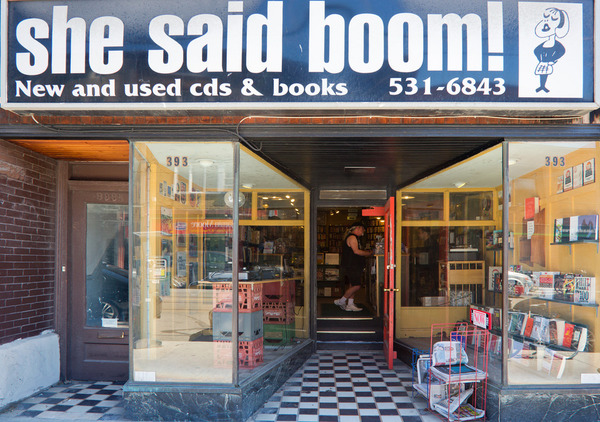 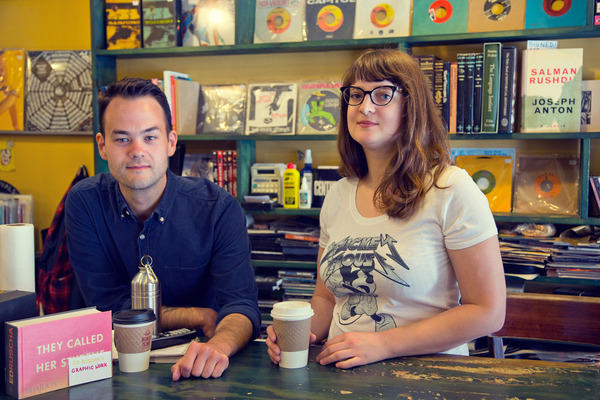 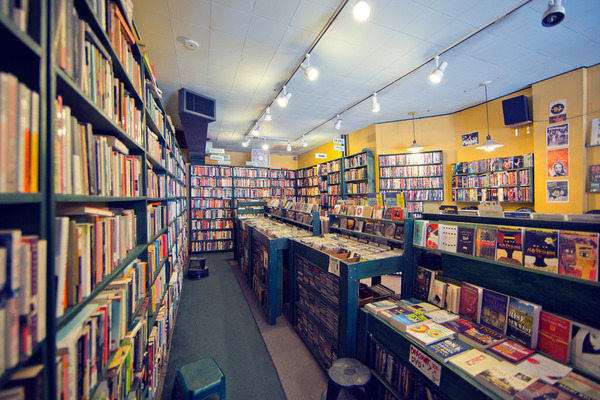 It takes more than luck to make it in Roncesvalles. Both stores have a loyal following of neighbourhood patrons. "Most of our customers are regulars, at least half...it's just people from the neighbourhood and sometimes travellers who come in once or twice a year. They really like what we do," says Kingdon. "It helps that I hand out dog cookies. The dogs drag their customers in regularly!" laughs Kirk. Kirk's shop, A Good Read, attracts a lot of locals as well as book collectors looking for rare signed editions. The shop is widely known as one of the best places for rare books in Toronto. Before opening A Good Read, Kirk had been selling collectible books online as a hobby. Working as a fundraiser at the time, it became more and more clear to Kirk that he was unhappy, so he moved on, deciding to go after books as a profession. The store itself is as rare as the books in it. It is definitely on the fancy side of the bookstore spectrum—no overflowing stacks and bins of used books here. Collectible and rare books are displayed in glass cases and not-so-rare books are stored in attractive large black bookshelves.

Unlike major bookstores, these small Roncesvalles independent shops primarily sell overrun copies of new books. Overrun copies are the largely unused throwaways of the book industry. These relatively untouched copies are typically first used in large book displays for new books at major bookstores that are eventually sent back to the publisher as overstock. A Good Read and She Said Boom are able to buy the returned books to sell in their shops. Both stores also buy and sell some used books. "We generally pay the same or a little less than what we spend on overrun books," says Kingdon. While She Said Boom will regularly buy books from store visitors for cash, A Good Read generally prefers to offer store credit instead. "It discourages book thieves from trying to sell me stolen books—they want cash. Anything worth over $10 we give store credit of 20%. We might go higher if the book is in demand or rare. We go lower if the book isn't worth very much," says Kirk. 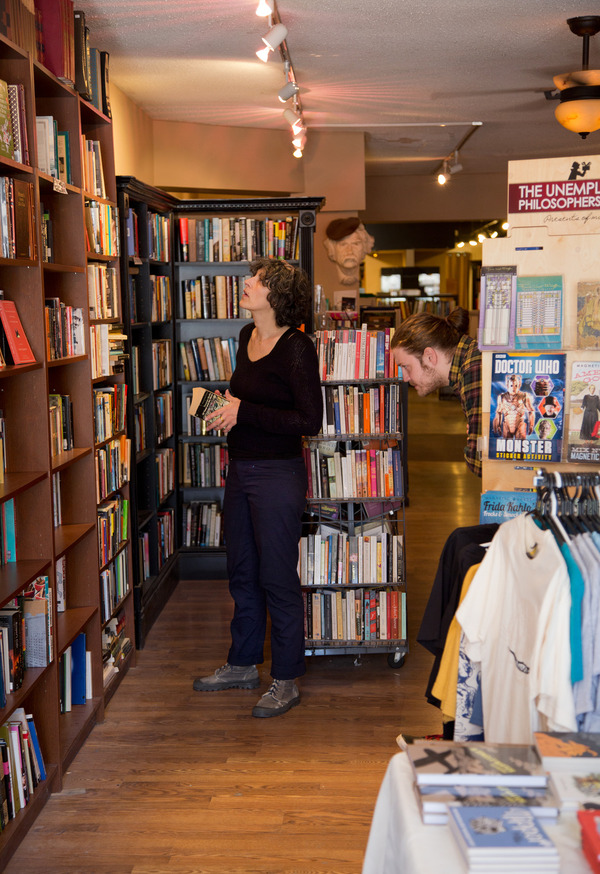 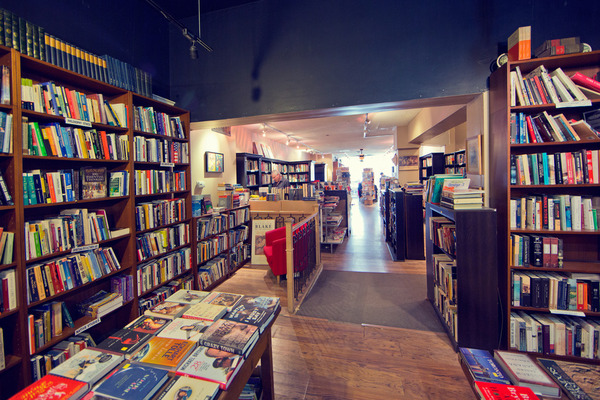 Leave me here with a cup of coffee 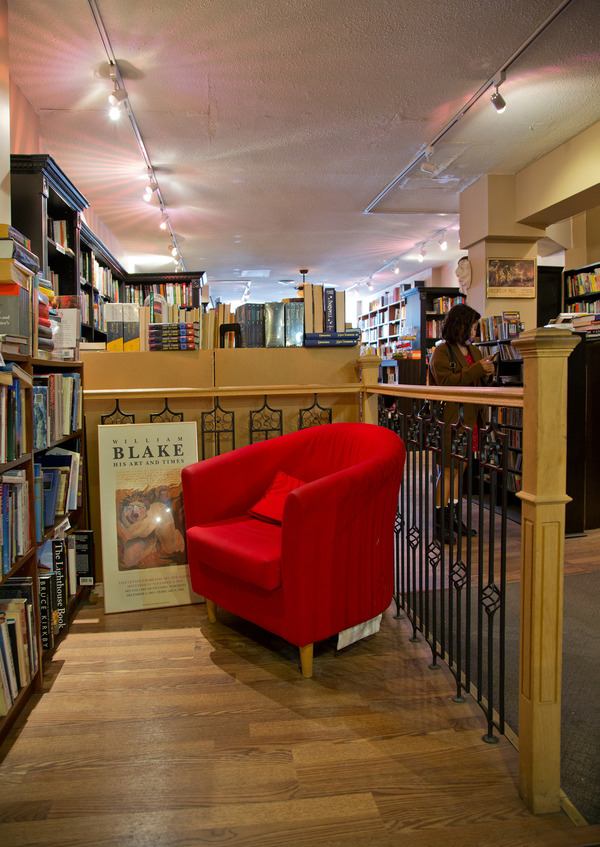 Sit Down and Read a Book

Both stores offer a diverse variety of books. "The only things you'll have a hard time finding in my store is romance, and time sensitive books that expire faster than strawberries—travel guides, textbooks designed for one course year," says Kirk (laughing). Though you can find a great variety of titles in both shops, these businesses are also well known for their special focus on particular book types. A Good Read is known for its collectible books, rare editions, and leather bound books, while She Said Boom opts to stock half of their shelves with contemporary lit (from the past 100 years). "Philosophy, cookbooks, psych, art, kids lit and more make up the rest of our collection," says Kingdon.

To make ends meet over the long haul, both stores have been obliged to offer more than just books. "Most bookstores have started to carry gift items. You have to now," says Kirk. A Good Read tries to keep their gift stock book-related by selling book inspired t-shirts, tote bags, and mugs. She Said Boom, on the other hand, offers a large selection of new and used vinyl records as well as nag champa (East Indian incense, scented oil and soaps). By selling both records and books, She Said Boom has attracted many regular customers in the neighbourhood and beyond. "Smart locals frequent our store. They come because they like reading and they like music," says Kingdon. 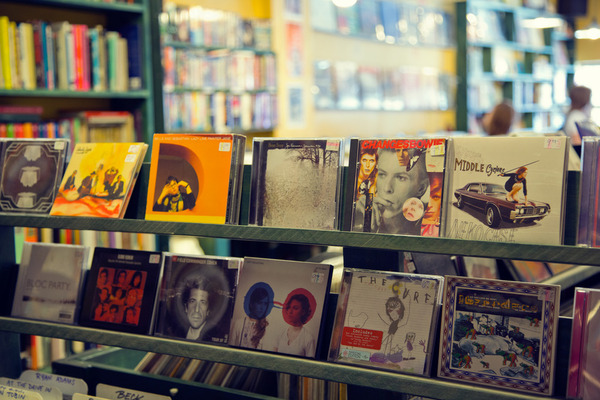 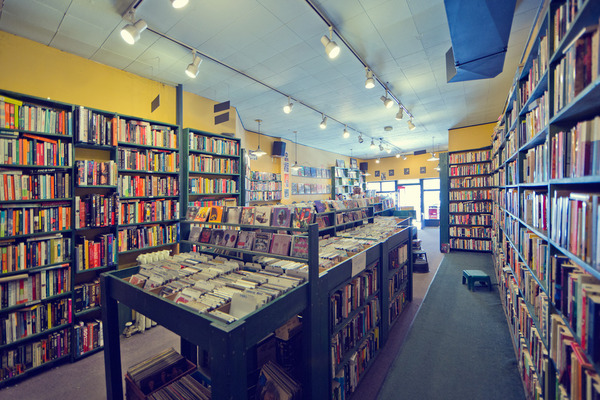 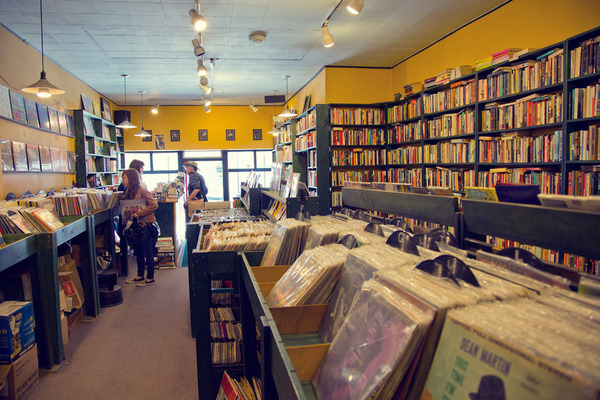 Both Kingdon and Kirk admit that times are tough for bookstores. When asked about future plans for A Good Read, Kirk said "We might start experimenting more with book events." Luckily his space is more open concept than most other bookstores and will be able to accommodate events.

If you're visiting the Roncesvalles-Parkdale area and have a passion for books and records, these shops are well worth a visit. Both have survived in the trendy up-and-coming neighbourhood for many years, and with their loyal following they are likely to stick around for many more. 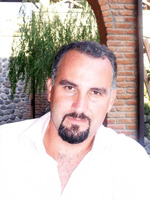