Most of us know and love solar power. But as much as we see the trend taking off and enjoying widespread support among green thinkers, there are still many people who view solar energy as a dead end — the product of an eco-craze around the world. In today's post, we take a look at some of the most common myths about solar power and how they weigh against the facts, so that next time you're in a solar dispute, you can rely on more than your natural inclination to renewable sources. And maybe thanks to you, there will be quite a few new solar panels on the roofs of your friends who remain skeptical at the moment!

1. Myth: Solar power is only good for hot climates

In fact, solar panels producing energy don't really respond to whether it's hot or cold outside. All they need is sunshine, or more generally, UV light. The light doesn't even need to be direct. This practically means panels can operate in the fog or in light cloudy weather. Haven't you ever got sunburnt during a cloudy day? Well, the principle remains the same. We have the evidence that solar energy systems have performed very well in cloudy and cold places. Since the technology we operate at the moment allows us to get the most out of any type of climate, there's nothing to be afraid of. 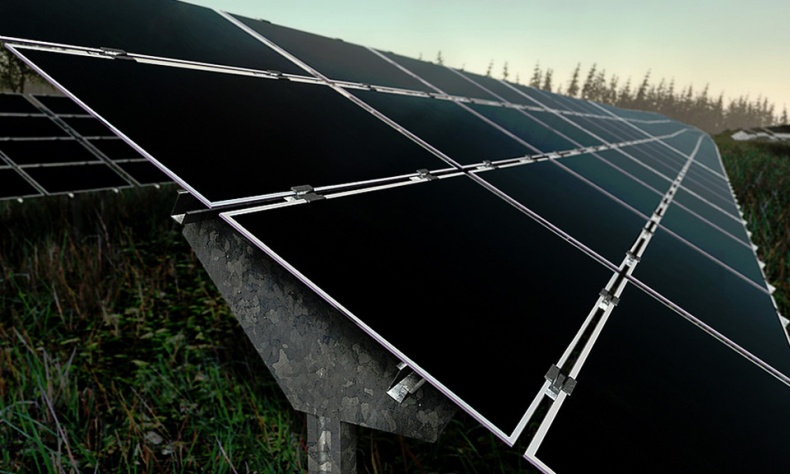 Plus, there's a bit of irony hidden here. Solar panels work better when they're colder — since their ability to conduct electricity is higher compared to hot temperatures. For example, the HowSolarWorks server claims that solar panels in foggy San Francisco produce on average only 1 per cent less electricity than those placed near Sacramento, one of the sunniest spots in the United States. Similarly, Germany, the world leader in solar energy innovations and one of the biggest proponents of solar power, is certainly not too famous for its number of sunny days per year.

2. Myth: Solar power is too expensive

Well, this isn't quite true either. First of all, rapid innovation is making solar energy systems cheaper and cheaper every year, as they get thinner and lighter and more efficient. Even though at the moment you can't argue that the initial price of solar power technology is super cheap, you always get your money back in the long run. HowSolarWorks claims solar panel prices usually return two to four times in saved electricity bills and pay for themselves within 7 to 15 years. But, as Ontario offers great green incentive programs, the payback come in as short as two to four years. The Ontario Power Authority runs the microFIT program, which guarantees you'll be paid a price over a 20-year term for all the electricity you produce and deliver to the province's electricity grid. The price is set at a level that basically covers the cost of a typical project and makes the pay-back period for the investment much shorter. Plus, keep in mind that solar power input doesn't cost anything, and this won't ever change, as it's not affected by the price fluctuations caused by market speculations or political instability like traditional energy sources. Don't forget either that solar panels make your home more attractive and raise its market value considerably. As Bill Gates once allegedly said,

It's really kind of cool to have solar panels on your roof.

For example, the U.S. Department of Housing and Urban Development claims that for every $ 1,000 saved in annual electricity bills, your property's value rises $20,000. The National Bureau of Economic Research published a survey claiming that solar panels add between 3 per cent and 4 per cent to the value of a home. 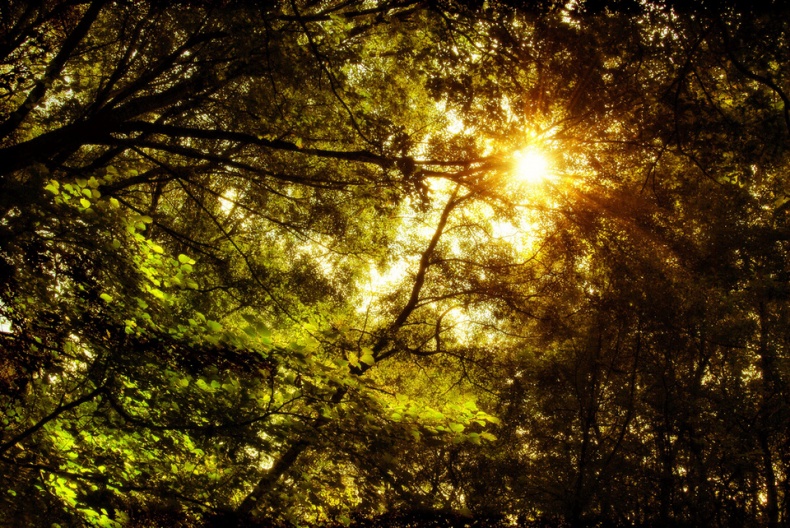 Plus, when you look at the pictures of areas devastated by extensive coal mining, or when you consider air pollution and the price paid for the safe storage of nuclear waste, you'll quickly understand that the general impact on the environment of non-renewable energy sources costs us all way too much — both in economic and environmental terms. And that's not mentioning the effect of pollution on our health!

The opposite is true. Solar panels rarely require any maintenance or cleaning and you certainly don't need to worry about spending your free time on the roof fixing the system. If there's any technical trouble with the panels, you should just call the company, as the average warranty guaranteed by the solar system providers usually lasts at least 25 years. Concerning a mess on the roof that might keep the light off, the panels' surface is specially designed to be quite slippery, and when you add the fact that they're basically always angled, it's easy to see why all the debris falls or slips away quite fast. The same applies to dust.

If you clean the dust or dirt off twice a year, it's been shown to help production by about 2 per cent,

says Kevin Moore, a renewable energy expert and the president of Midwest Wind and Solar. Gains or losses of energy total to 2 per cent per year. That's certainly not something to worry about and if you're too lazy to do the cleaning job. Just wait for the rain and wind do it for you. 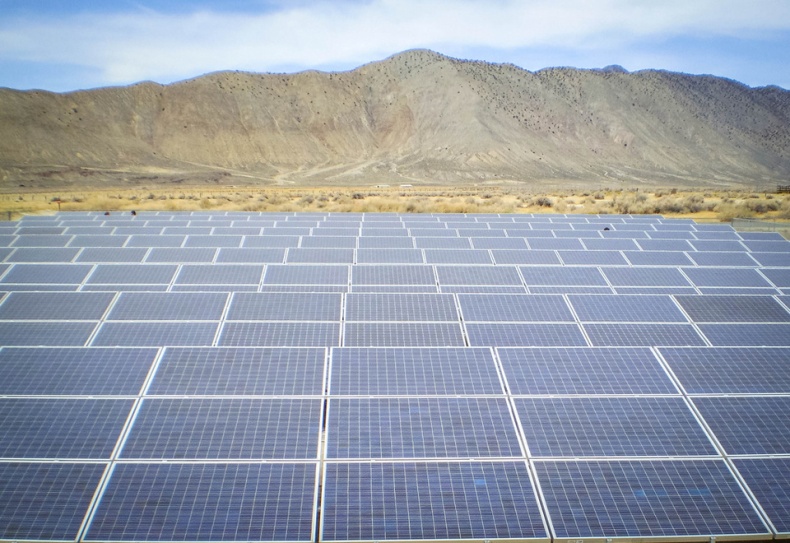 Some people are also wondering what to do during the winter with heavy snowfall, which could effectively stop all the sunshine from getting to the surface. Again, the solar panels' design takes this case into account. The panels are dark black, and they're always south-facing, which aids the melting process. In some extreme cases, it's a good idea to help the snow get down by brushing it off, but at the same time, there's an example at the University of Vermont (which receives a great deal of snow cover), which is known for its effective solar panels system that works maintenance-free all year long.

4. Myth: Solar power isn't really green — the panels require more energy to manufacture than they actually produce in their lifetime

This myth has somehow become very widespread, even though it's not substantiated by any reasonable data. Some say its origins go back to the beginning of the manufacture of solar devices, when they were mostly custom-made technology for military and space purposes, which naturally didn't have being environmentally conscious on the top of their priority list. Of course, you can't deny that solar panel production causes some pollution and energy loss — just like any other type of production. However, while other energy technologies continue to produce harmful emissions, solar power's carbon footprint stops right there. 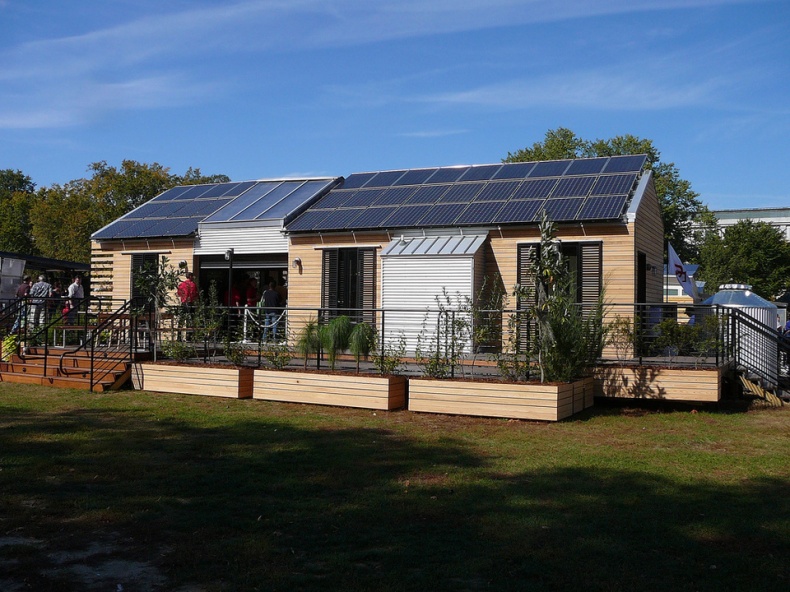 We can also cite a study by the National Renewable Energy Laboratory that clearly showed that the energy payback for solar power systems is approximately four years in the worst case. Depending on the photovoltaic technology used, the payback can come much faster. You should also consider that most solar panels last over thirty years, which means that the amount of energy produced during their lifetime vastly exceeds the production loss. 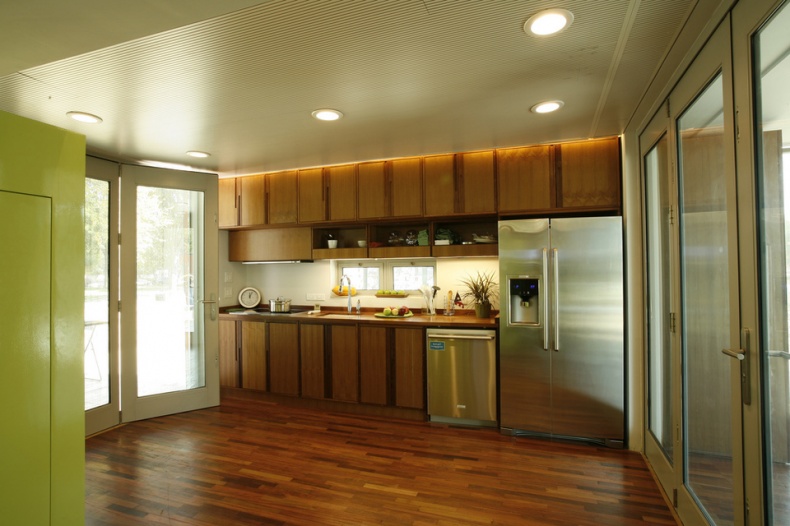 Inside the Solar House by Dept of Energy Solar Decathlon

5. Myth: You need costly batteries to store the excess energy

You can have batteries if you want, but as the myth goes, they are a bit too costly and bulky — and on the top of that, they need to be replaced every five to ten years to work properly. However, most modern solar panel systems are grid-tied. They're connected to the public electricity grid, and you can supply the excess energy to the grid and get it back when you need it.

says Moore. The system is simple. When your solar panels produce excess energy, your electricity meter spins backwards and your utility company saves up your credit for the power you gave them. When you don't have enough energy from your system, they help you out and you only get charged for the extra electricity you use. This system lowers your electricity bills to a minimum and removes the inconvenience of keeping your own energy storage systems. (On the other hand, note that you're not completely independent in this way, so if you wish to live off the grid, consider buying a battery.)