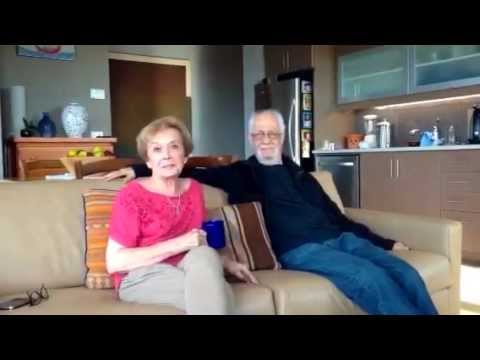 Claudio and Marcela had pinpointed a desire to live in one particular building in the High Park Neighbourhood. At the time there wasn't anything available in the building that spoke to them. Holly did some research and found a condo that had been on the market for awhile the previous year but hadn't sold. It had in fact been taken off the market. Holly contacted the owner with a convincing letter, the seller agreed to let Claudio and Marcela see the condo and within a week they'd bought it for less money than the seller was asking. The next step was to sell their house in The Beach. After a consultation with Holly they had a list of improvements to help their house sell faster and for more money as well as a list of tradespeople whom Claudio and Marcela refer to as "brilliant." They received one offer at the list price and Holly was able to negotiate an even higher price.

"Holly: Hello, it’s Holly Chandler of the Julie Kinnear Team and I’m here with Claudio and Marcela. They bought a beautiful condo in High Park and also sold their house in the Beach. Can you tell us something about your experience buying the condo?

Marcela: Well, buying the condo, I would say, was a seamless experience. We had seen this building and we were very interested. We talked to Holly about being interested in a corner apartment because they were the more beautiful ones. And Holly did research and found this apartment that was off the market, but she was able to contact the owner and find out if the owner was still interested in selling it. She was instrumental in having us visit the apartment and having very good conversations with the owner and she was convincing her that we are the right clients. And so we were very pleased with the sale. We were able to get what we wanted quite smoothly and I would say quickly. Just by saying that we really liked the building, so we’re very impressed with her research and the way she followed our dreams.

Holly: And can you tell us something about your experience of selling your house in the Beach?

Claudio: Well, the purchase of the apartment took about a week since you did the research and we put in the offer and everything, right? So, the sale could be started immediately after that. You came home for lunch, we discussed what to do with the sale, you recommended a few changes here to be done, from which I suppose we must recommend the very brilliant home decorator - really, really good. Also a painter who worked regularly with him and since we discussed we need to upgrade the electrical system, you also recommended a very good company, that did the job. So after a while, we had everything ready for the sale and you managed to get not only the price that we asked for but also more than that. Which was really good.