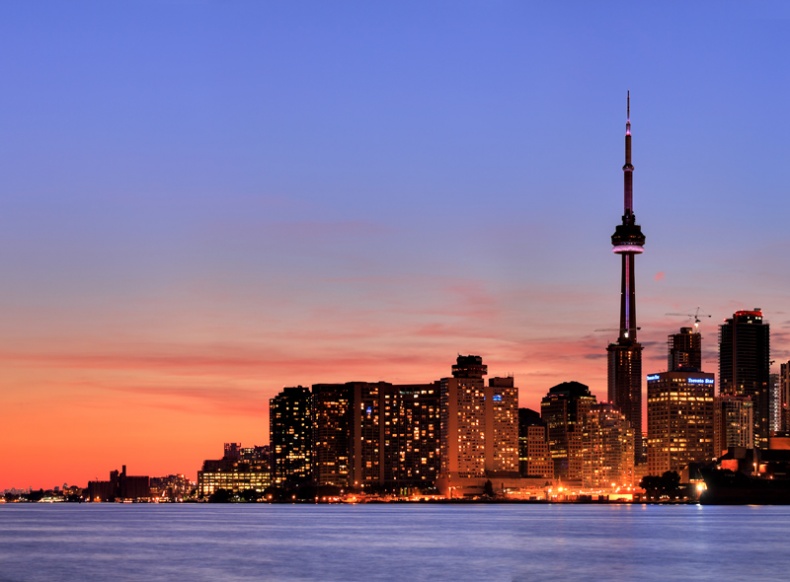 The global economic situation is changing faster than we might want, leaving markets and businesses in an uneasy situation. Even though the Canadian economy is not dependant on Europe a great deal, shock waves coming from Europe might have a negative impact on us.

The housing market in Canada reacts to every stimulus and therefore we need to pay extra attention when making forecasts. Let's have a look at the economic situation in 2011 and in the first quarter of 2012. That gives us a solid basis for a housing market forecast for the second quarter of 2012 and the rest of the year.

A real estate bubble (property/housing bubble) is a type of economic bubble that occurs repeatedly and there is very little we can do about it. Some bubbles are bigger, some smaller. The housing bubble seen in 2008 in the U.S. was one of the greatest and the consequences were ubiquitous. A bubble is characterized by a rapid increase in property values until it reaches its maximum level, then when the situation cannot be sustained any longer, it bursts â prices fall dramatically and the cycle repeats.

We witnessed a less serious bubble in 2008-2010 (differs from city to city) where prices increased more than 30 per cent. Since then, prices have been growing again and they are now higher than they were during the 2008-2009 period.

Will prices continue to rise in the second quarter and the rest of 2012 or will they drop? Let's have a look. 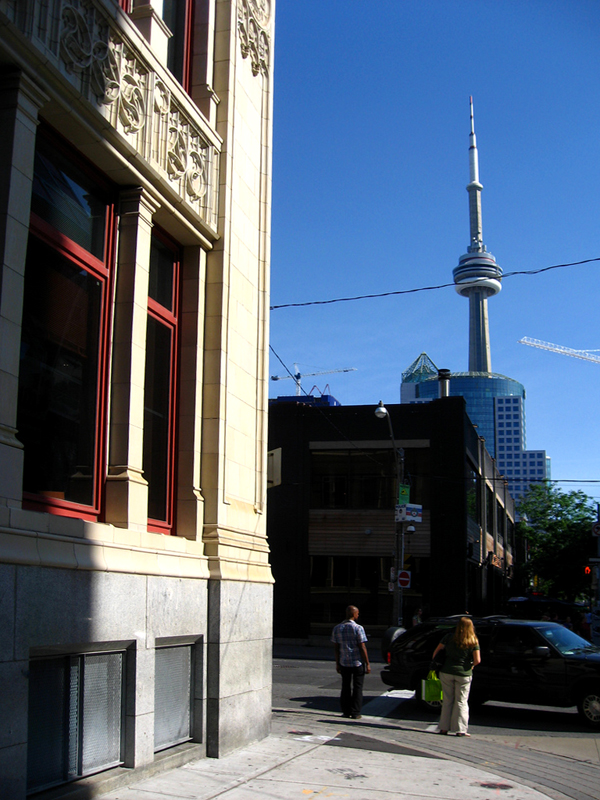 The latest economic statistics show a slight growth in the Canadian economy. This is a very good sight â especially nowadays when we can see the global economy falling rapidly. Markets are building trust toward Canadian businesses and companies, which results in our GDP growing 2.1 per cent. The trust we were given in these extremely difficult times results in an increase of new job positions by 1.4 per cent. Our unemployment rate is lower by roughly 1 per cent every year. Forecasts are even predicting a 2 per cent decline in unemployment in 2013 but given the current global economic situation, we can't rely on such predictions a great deal. Mortgage rates, particularly short-term mortgage rates and variable mortgage rates, are expected to remain near historically low levels, making living more affordable. According to CMHC's base case scenario, posted mortgage rates will remain unchanged through most of 2012 and start increasing slightly in late 2012 or early 2013. For 2012, the one-year posted mortgage rate is expected to be within 3.3 per cent to 3.6 per cent, while the five-year posted mortgage rate is forecast to be within 5.1 to 5.4 per cent.

Last year was considered a successful one â especially the first nine months, when housing starts grew quickly. We were hoping that this positive trend would go on in 2012; however, hopes for more affordable property values faded. Market prices went up slightly, mainly due to higher demand in the last quarter of 2011, and this was naturally followed by a decline. Homebuyers were motivated mostly by time-limited mortgage rate 'sales' by financial institutions that took place during only a few weeks over the course of the last quarter of 2011. All in all, total housing starts were up 2.1 per cent. That amounts to 193,950 units sold last year. Looking ahead, starts are expected to stay more or less flat during 2012 and then start to increase over the course of 2013. CMHC is expecting that 190,000 housing starts will be sold in 2012, followed by a slight increase to 193,800 in 2013. We might expect regional diversity in affordability.

Western provinces are expected to rise, whereas the eastern part of Canada will see a slight decline in prices and therefore should be more affordable. The main reason for this is an increase in the popularity of owning a property in Toronto and its greater area. Toronto is the New York or London of Canada and we can see quite significant migration resulting in more developments under construction that want to meet future demand. Given the high numbers of new condos and apartments being built, prices are expected to drop down.

We have seen a decrease in single starts in 2011 from 92,554 to 82,392. This number is expected to be stable throughout 2012 and then move up by 4.4 per cent in 2013. The financial turmoil seen in the world over the past year made young people and couples consider twice whether to invest in a property or not. Numbers are showing that people tend to wait until the situation calms down slightly before buying a development. The latest news has shown that Europe is getting back on track and is ready to handle its financial crisis. Therefore we can expect an increase in sales in 2013. 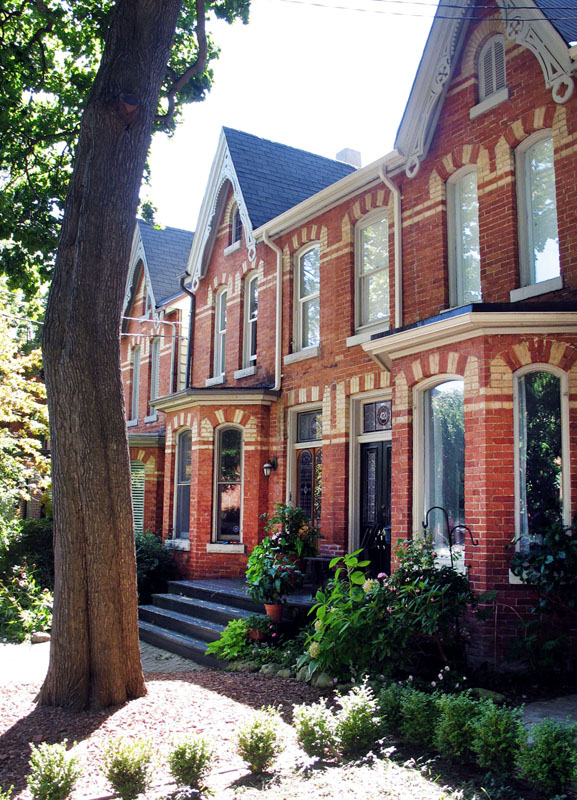 After experiencing strong growth in 2010 and 2011, mainly because of a massive price decrease caused by a housing bubble, the number of multi-family housing starts is expected to moderate. The real estate market is saturated and individuals willing to invest in such property did so one or two years ago. Therefore we are not expecting any major increase in sales in 2012 or 2013. However, the situation in 2013 should improve slightly and about 107,500 units are expected to be sold.

Looking ahead, we expect balanced market conditions to occur and the average price should remain relatively stable, moving slightly up in line with inflation. The average price is forecast to range between $330,000 and $410,000 in 2012 and increase by approximately $20,000 in 2013.

Given the size of Canada and the various factors contributing to real estate development and prices of properties, it is crucial to look specifically at values and predictions from the specific area or province.

The Canadian economy is on a good track, with its GDP slowly and steadily rising. We can see improvements in labour market conditions and this can underpin the housing market throughout 2011 and help offset the negative pull of rising interest rates. Even though employment rates have improved over the past year, we are still recovering from the recession. The employment situation, especially for young households, is still in the recovery phase and therefore we should experience stagnation or very mild movement over the course of 2012.

The main industries experiencing losses are accommodation and food services. They have both been affected by the lower number of tourists and visitors, mainly from the U.S. This is due to a strong Canadian dollar and weaker U.S. economy. These sectors should show improvement in 2012 and 2013 as the U.S. economy starts recovering. The Greater Toronto Area is a significant exporter to the U.S. and therefore we should see certain developments in the region's manufacturing base as well. The future of Toronto's labour market looks bright. The strength in business investment will contribute to gains in productivity and higher demand for skilled workers and employees. Steady employment growth will also eventually bring the unemployment rate below 8 per cent.

Forecasts are assuming that it would take around 18 months for labour market conditions (young households and recent graduates) to return to the stable situation before the recession. This will have a positive effect on housing demand and we should see a slight increase in house prices as we enter 2013. 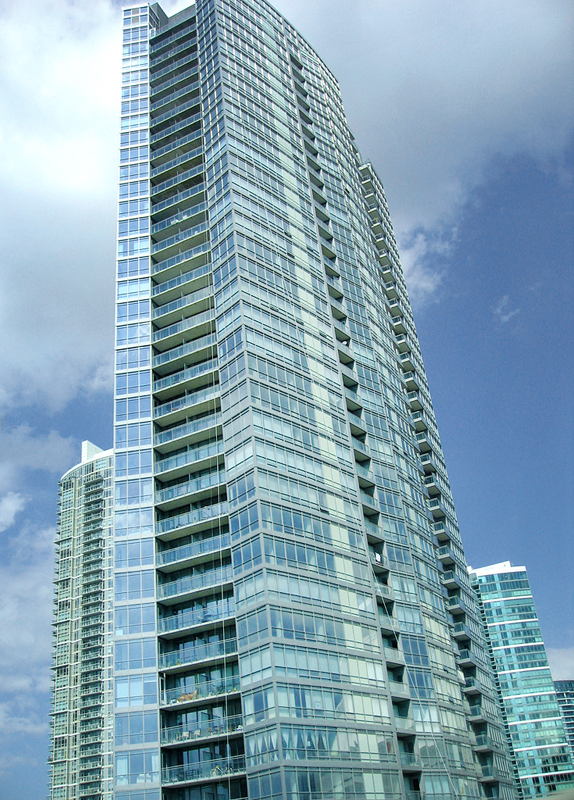 Toronto's housing market is saturated with high-rise apartment buildings and condominiums. Developers tried to profit from the emerging interest in owning a property in Toronto; however, there are far more condominiums than there are potential buyers. The prices for such properties were sky-high and unsustainable in the long run. Therefore we will see a severe price fall in the condominium market, resulting in a great opportunity for buyers and investors and not so great times for real estate owners and developers.

If we decide to buy an average 650-square-foot unit today with a 20 per cent deposit, it would cost as roughly $1,900 when the unit is finished in a couple of years. According to CMHC's rental market report, the average one-bedroom condo monthly costs about $1,400. As a result, investors and buyers with longer time horizons and minimum deposits will slowly shift more into the resale market where prices are lower by $100 per square foot. Milder pre-construction sales in the second and third quarter of 2012 will begin to slow condo stats toward the end of 2013.

Developers plan to open record numbers of new condos and this will overlap with the expected slowdown in the new condo sales. As a result, inventories and pre-construction sales sites that don't succeed in the market at first place are likely to move higher. The extent of this situation will mostly depend upon developers' willingness to adapt their prices in line with changing market conditions.

Single-family homes, detached, semi-detached, and row houses are constrained by their limited area. If you plan to build a new neighbourhood, it should be easily accessible by public transit and by car taking no more than 30 minutes. Such sites are vey limited and therefore the development of family houses has been slowly declining over the past decade and will surely follow its trend in upcoming years.

We are living in extremely volatile times during which it's hard to predict what's going to happen next month. However, certain tendencies can be observed so we can base our expectations on them.

2012 can be a synonym for real estate early spring. The situation is getting better, our government is making steady decisions, and few risks are being taken. This behaviour has earned us trust by global markets. Investors view our country as a autonomous, capable, and reliable. Therefore the Canadian economy is quickly recovering and growing. We can't expect a boom in upcoming years, but rather slow and steady growth that will last. People are still shaken by the recession, so the first quarter has been marked by a little decline in housing demand. The situation should start improving in this second quarter and even more toward the end of the year. More jobs are created and even though salaries won't rise notably, unemployment rates are lower and that will contribute to a moderate increase over the last quarter of 2012. We will experience a sharp fall in condo prices resulting from over-saturation â especially in Toronto. Other housing units should remain flat or with a very small change. The overall economic situation in Toronto and its greater area will be positive.