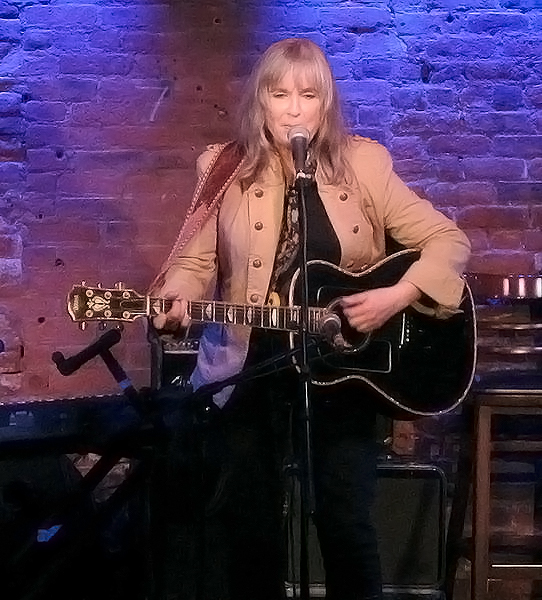 Sylvia Tyson was born Sylvia Fricker on September 19th, 1940, in Chatham, Ontario. Playing guitar and autoharp as well as singing, Fricker's first major musical forays were in coffee-houses in Toronto, and later for club audiences in 1959, with her future husband, Ian Tyson. By 1961, Ian and Sylvia (as they were officially known) were playing in clubs in the U.S. as well as attending the Orillia Mariposa Folk Festival.

The pair were married in 1964 and soon became two of the best known faces of the folk genre of the period, both as musicians and as the writers of such songs as Four Strong Winds (by Ian) and You Were On My Mind (by Sylvia). After thirteen albums and much applause, Ian and Sylvia divorced in 1975, and went their own separate ways musically, as well. Sylvia way involved solo work (which she had begun before the break-up), as well as branching her career into radio by hosting the CBC folk music program Touch the Earth from 1974 to 1980. She continued to perform with the band she and Ian had formed in 1968. Tyson was also involved in television as a host for CBC TV's Heartland and Country in My Soul and even did some scriptwriting for Video Hits. With ten solo albums recorded since the duo Ian and Sylvia ended, Tyson was also wrote and performed in stage musicals such as The Piano Man's Daughter. In 2000, she joined Caitlin Hanford, Gwen Swick, and Cindy Church as a member of the all-female music group Quartette.

Sylvia Tyson is now a member of the Order of Canada, and also serves as the president of the Canadian Songwriters Hall of Fame. She still resides in Toronto, and recently completed her first novel, Joyner's Dream, published by Harper Collins in early 2011.