The City of Toronto was founded in 1793, but despite its relatively young age compared to most other major international cities, it still plays host to many restless spirits and unusual paranormal activity. As a testament to the city's haunted streets, homes, and public buildings there are a number of specialized ghost tours that take place practically every day of the calendar year, with October being the busiest, naturally.

The Haunted Walk, Canada's most popular walking tour company, operates out of Ottawa, Kingston, and Toronto and recommends that each participant book ahead, making a reservation either online or by phone. Hauntings and paranormal investigations are lucrative businesses here in Toronto and it's no wonder that people are clamouring for a spot on these ghostly walking tours!

Here, we profile the five most haunted homes in the city and tell you which ones are worth visiting and which you should avoid.

Construction began in 1911 and took a team of three hundred workers three years to complete. The finished structure, including the stables and hunting lodge, cost Pellatt a cool $3.5 million. With a total of ninety-eight rooms covering 64,700 square feet, Casa Loma was the largest known private residence in Canada at the time. 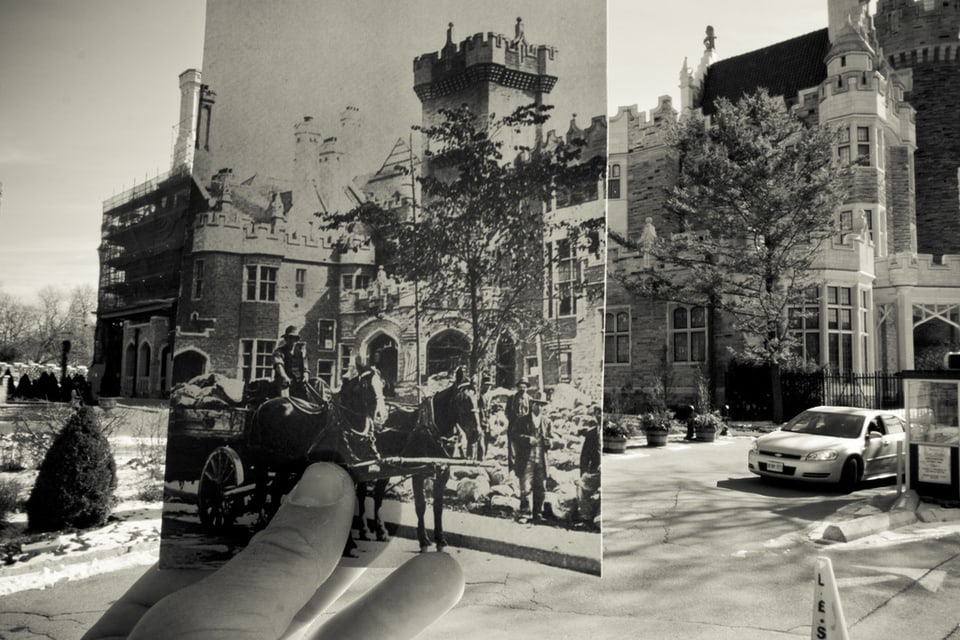 Unfortunately, the Pellatts were only able to live in their mansion for what amounted to less than a decade due to money troubles and land tax issues with the city. The despondent couple was forced to leave their home in 1923. The property was used as a luxury hotel throughout the rest of the 1920s until the city seized the property in 1933 for $27,303 in back taxes. At that time, the castle was extremely run down and the city actually motioned to have the entire property demolished.

Thankfully, in 1937, Casa Loma was leased by the Kiwanis Club that began operating the castle as a unique tourist destination. From 1997 to 2012, the castle underwent a massive $33 million exterior restoration that was largely funded by the City of Toronto.

Both staff and visitors have reported seeing a woman dressed in white appearing randomly within the castle's walls. As Michelle Desrochers, the director of Canada's Most Haunted (CMH), explains:

The White Lady is someone we believe to be a maid who worked here in the early 1900s, around the time when about sixty thousand people in Toronto dies of influenza. She's been seen in a lot of places by guests or by cleaning or cafeteria staff as they've been cleaning up at the end of the day.

Ghostly male voices have been heard around the stables as well as children's voices within the main structure of the home. The castle's underground tunnel that runs from the home to the stables across the road is said to be haunted by a playful spirit that pulls people's hair and grabs on to unsuspecting visitors.

William Mellis Christie first arrived in Toronto in 1848, settling in as a baker renowned for his fresh baked goods. By the end of the nineteenth century, Mr. Christie employed two out of every three people in the entire Canadian biscuit manufacturing industry! He died prematurely of cancer in 1900, leaving everything, his money, his business, and the family home to his eldest son, Robert. Christie Street was named in honour of Mr. Christie posthumously.

Robert had a wife and children, as well as a secret mistress that he kept hidden in a secret chamber located within Christie Mansion behind wood paneling in the library. "Room 29" was fully furnished and a butler was hired to wait on Robert's mistress so that she would never have need to leave the house. As Robert lost interest in her, the poor woman slowly went mad and eventually hung herself from the rafters, using one of her bed sheets. That night, under the cover of darkness, Robert removed his mistress's body from the house and is said to have buried it somewhere in Queen's Park, which lies across the street from the Victorian mansion.

Robert's guilt eventually overcame him, forcing him to sell the mansion to the University of Toronto and soon dying shortly after having orchestrated the exchange. Nabisco bought out the Christie company and created its still popular slogan: "Mr. Christie, you make good cookies!"

Many believe that the ghost of Robert's mistress haunts the mansion, particularly the Room 29. People have reported being somehow locked in behind the wood paneling until someone from outside the room has come to let them out. Coincidentally, many of the mansion's doors close and lock on their own. Joe Howell, writer for U of T Magazine, says:

Some say the room contains a foreboding presence. Perhaps it's the ghost of the prisoner forcing other women to endure the same hopeless misery and loneliness she felt when she was trapped inside.

The Christie Mansion is currently operated by the University of Toronto as Regis College, a school of theology.

Located on one of the Toronto Islands, construction on the Gibraltar Point Lighthouse completed in 1808. The building is one of the oldest existing lighthouses situated along the Great Lakes. In 1832, the structure was extended from a height of fifty-two feet to eighty-two feet and electric lighting was installed between 1916 and 1917 with further electrical updates occurring in 1945.

Local legend says that the lighthouse is haunted by the ghost of John Paul Radelmuller, the original keeper, who was murdered onsite by soldiers from nearby Fort York. The group of soldiers broke into the lighthouse looking to steal bootlegged beer. They chased the keeper up the stairs and knocked him unconscious. In order to get rid of the body and any damning evidence that could be used against them, the soldiers are said to have cut the body up into pieces, burying the remains nearby. Two soldiers, John Henry and John Blowman, were charged with Radelmuller's murder but were later acquitted by the courts. 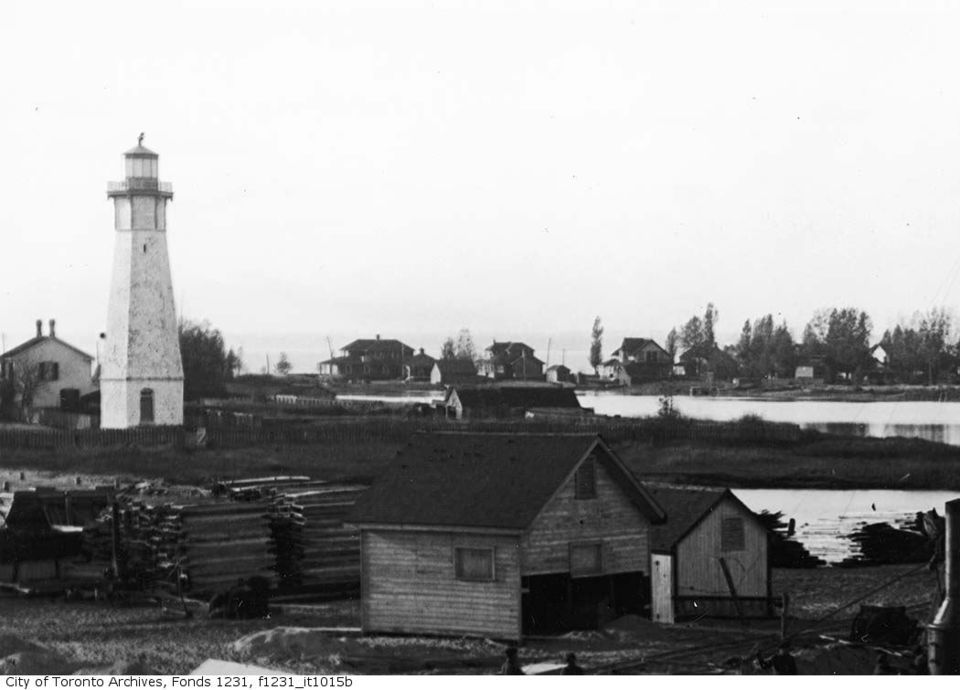 The sound of someone moaning can be heard at nighttime and some people have attested to seeing a ghostly figure wandering the lighthouse grounds. The ghost is believed to be that of the murdered Radelmuller. Warren Hoselton, Toronto parks supervisor, reveals:

Bones were found here in the early 1900s. Someone was gardening and found part of a wooden casket, with a human jaw bone. Too bad we didn't have CSI back then!

With this significant discovery, the disappearance of John Paul Radelmuller seems to have finally been solved. The lighthouse currently stands unused and shuttered, lying one hundred meters from the shore of Lake Ontario.

The original house was built in 1868 by Arthur McMaster, the nephew of prominent businessperson William McMaster. This particular section of Jarvis Street was home to one of Toronto's wealthiest neighbourhoods back in the late nineteenth century. As a residence it consisted of twenty-six rooms and seventeen fireplaces with a stable and large brick carriage house located at the rear of the property. Unfortunately, its current interior bears almost no resemblance to the original design.

The manor was purchased in 1882 by Hart Massey who had some alterations made to both the interior and the exterior of the house. The building was later bequeathed by Massey to the University of Toronto's Victoria College in 1915 and was later used as a radio station hub throughout the 1920s. During the middle of the twentieth century, the manor was remodelled into a restaurant called Julie's Mansion and it was during this time that the grounds were sold off and the greenhouse was demolished, being replaced by a service station. In 1976 the property became home to The Keg restaurant and was swiftly re-christened the Keg Mansion. 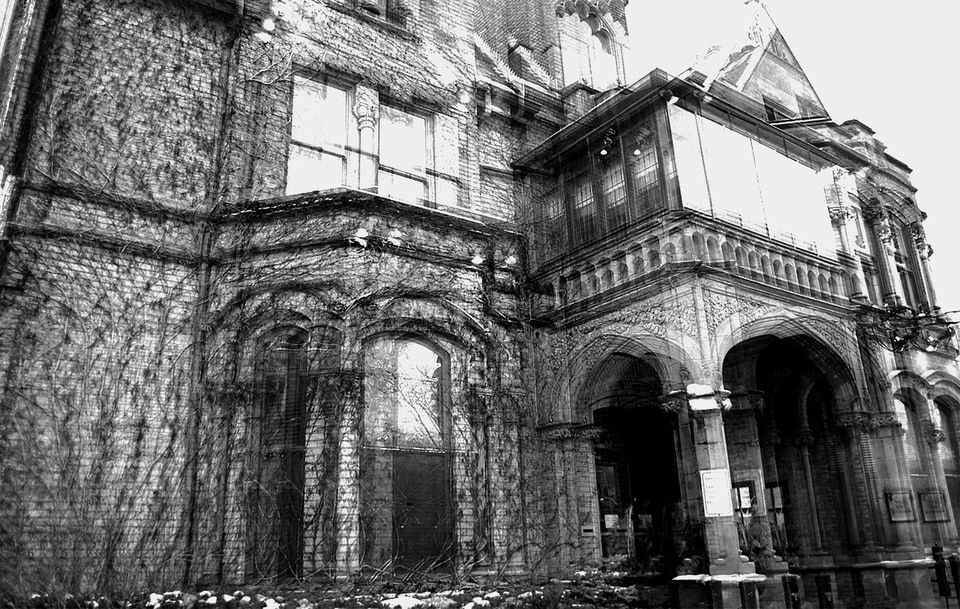 When the mansion was owned by Hart Massey, one of the family's servants hanged herself in the front foyer after Lillian, the Masseys' only daughter, died. Reports suggest that the second floor women's washroom is haunted. Many visitors have said that once locked from the inside, the stall doors unlock and open on their own. Sophia, a Toronto native, explains:

I've been to The Keg Mansion a few times for dinner and each time I've gone, I've experienced what I can only describe as a wash of anxiety coming over me as soon as I step foot inside the doors. I can definitely sense something there and if I have to get up during dinner to visit the ladies room, I'll always ask someone to come with me. I won't go by myself!

On the second floor there are also reports of children's footsteps darting through the hallways and bedroom. A young boy has been seen running up and down the mansion's main staircase. Lastly, the secret underground tunnel that runs from the house to what used to be the original Wellesley Hospital has also played host to ghostly sounds and apparitions.

Also known as the Spadina Museum, this structure is currently operated by the City of Toronto Cultural Services. The property of eighty acres was originally acquired by James Austin, founder of The Dominion Bank and Consumers Gas, in 1866. In 1892, Austin turned the house over to his son Albert William Austin, who expanded the house and ordered many renovations done to the overall structure.

After Albert's death in 1933, the last member of the Austin family to live in the house was one of his daughters, Anna Kathleen Thompson, who inhabited the manor for forty years until 1982. The manor was then donated to the city and in 1984 it opened as a museum. Especially known for its gardens, the museum is jointly owned by the City of Toronto and the Ontario Heritage Foundation. 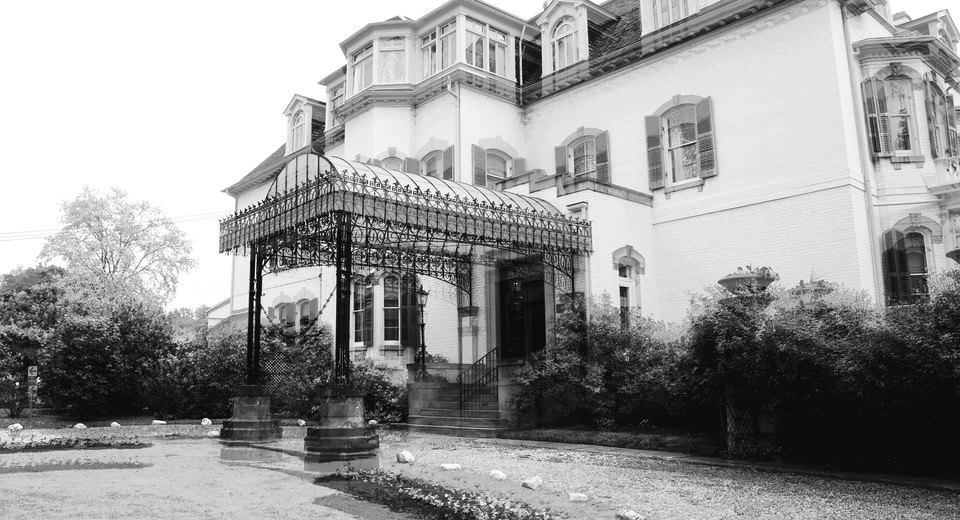 Despite its history of being a happy family residence with no known tragic deaths having taken place within its walls, sightings of a ghostly apparition have frequently been spotted on the manor's third floor. More than one staff member has spotted what appears to be an egg-shaped figure darting from one room to another. The seemingly haunted third floor is not open to guests or visitors unless on special occasions (like scheduled events or holidays), so it is mostly staff that witnesses these strange goings-on.

[I experience] a lightness of being each time she enters the building. It's almost as if I feel more relaxed and tranquil when I'm here. I'd like to believe it's due to the home's warm familial history rather than a ghostly presence, no matter how friendly it is. If you're thinking of visiting Spadina House solely to spot a ghost, then you're definitely visiting for the wrong reasons. On the other hand, I could be dead wrong! 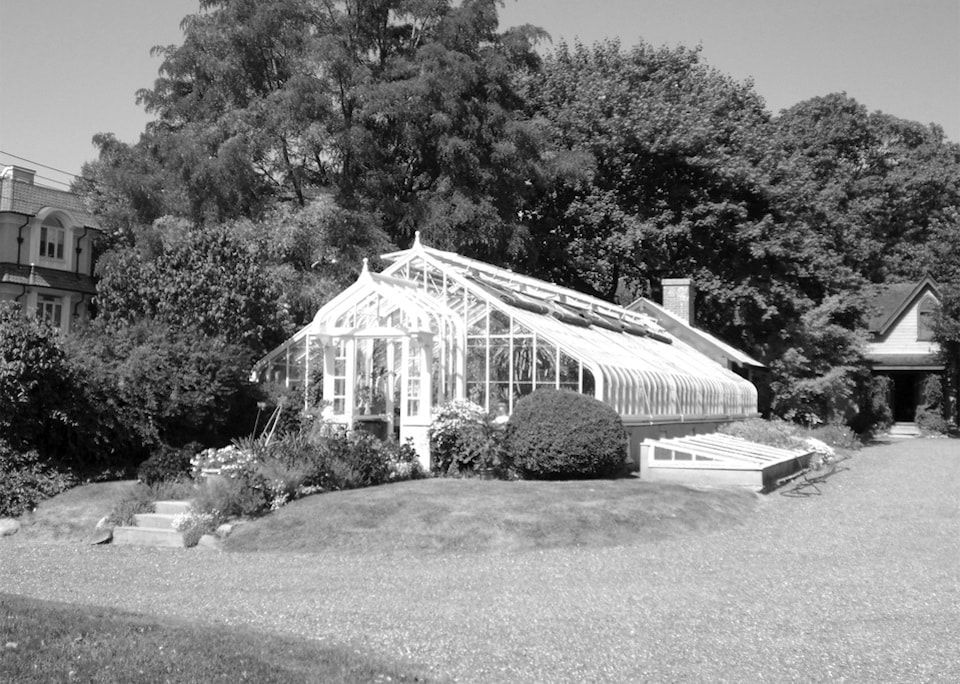 Paranormal activity is certainly not a new phenomenon. It is one as old as the history books and something that frequently attracts ghost hunters and curious locals alike, opening them up to experiences that either leave them breathless or running for the hills.

Ghost walks are incredibly popular in Toronto and, as we previously mentioned, they run throughout the year for a very minimal cost. They're certainly worth checking out for the history lesson alone if you're inclined not to believe in the supernatural.

Some venues are more accessible than others so please remember to check your itinerary before leaving home for one of the city's ghost walks. For example, places like the Gibraltar Point Lighthouse can only be viewed and experienced from outdoors since the structure itself is no longer opened to the public.