There aren't many places in the GTA where you can watch an egret — close to three feet tall, and pure, perfect white all over — stalk its dinner in a sheltered pond, with the broad blue stripe of Lake Ontario shimmering in the background. There are fewer places still where you could then turn away and walk a paved path through bushes, scrub, and billows of native wildflowers to look out at a pair of sleek yet inelegant cormorants dallying in the shadow of shining condo towers. 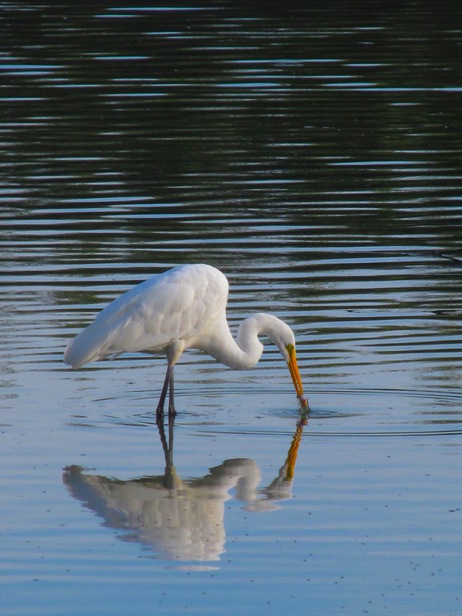 Of course, there is at least one spot where all of this is possible (with the added perks of a parking lot and a nearby streetcar stop). Humber Bay Park consists of over 300 acres of human-made peninsulas, ponds, and islands along the mouth of Etobicoke's Mimico Creek (despite the park's name, the mouth of the Humber River is a little to the east).

Officially opened to the public in 1984, the park is divided into Humber Bay East and Humber Bay West, which are joined by a bridge over Mimico Creek, and jut out into the lake like the mismatched wings of a ragged butterfly. On the starker western wing, the imaginatively named Humber Bay Park West road runs down from Lakeshore Boulevard and out towards the end of the peninsula. Along the way, it passes green lawns, draping willows, a public boat launch, and a rocky beach offering one of the park's many grand views of the downtown Toronto skyline. 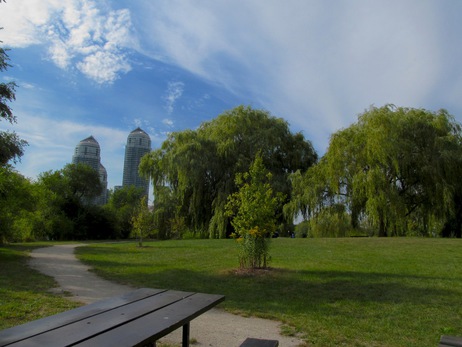 Humber Bay Park East (also with its own road) is a much wilder and more varied place than the western wing, This is in part because its peninsula is more complex, and is gifted with a large, shallow pond and several other small bodies of water tenuously connected to the lake. Even the storm water management pond near the park's northern edge is a serene and picturesque place, with a pedestrian catwalk running down its centre to offer visitors an excellent vantage point for observing some of the park's ducks, swans, and yes, cormorants. 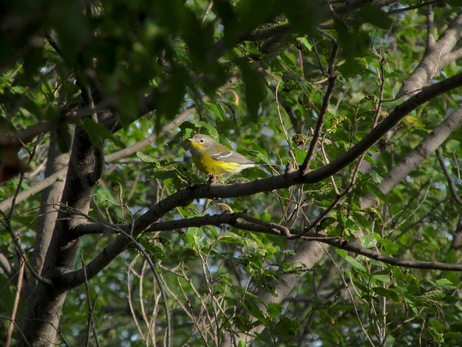 Like the western portion of the park, the eastern half projects a pleasantly dramatic impression due to the sheer scale of the surroundings. There's lake to the south and west, the distant towers of Toronto to the east, and to the north a synthetic mountain range of condominiums — some of which are still under construction. Giant cranes add to the busy, larger-than life backdrop. 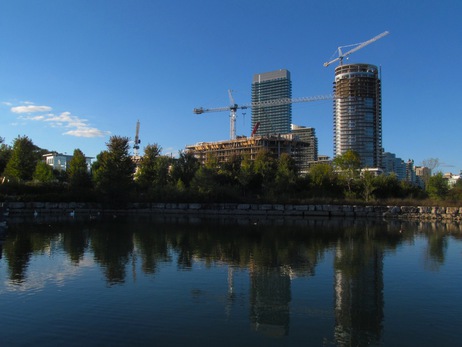 It's on the Eastern half of the park that you can find the Humber Bay Butterfly Habitat, reaching around in a rough crescent along the banks of the storm water pond. According to parks program officer Cheryl Post, the Habitat is roughly 4,500 square metres and consists of "a diversity of native wildflowers, shrubs, trees, grasses, sedges, and a variety of physical features known to support butterflies throughout all life cycles." What this means, in practice is that — when I visited the park in September — the place was scattered with clumps of white and purple asters and great waving drifts of goldenrod. 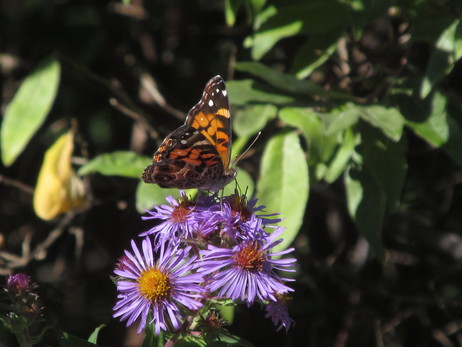 Aside from being unique within Toronto, the Butterfly Habitat is also noteworthy because it's one of several public sites throughout the city maintained by volunteer community stewards. At least ten volunteers work on the Habitat in the summer, Post told me, spending around two hours a week picking up litter, caring for native plants, and removing non-native invaders.

While butterfly-friendly areas are a welcome sight for conservationists anywhere, having one right along the lake shore is more important still. Bob Kortright, former president of the Toronto Field Naturalists, told me that the park is particularly valuable from an ecological perspective because of the number of winged wanderers who use the park during their fall migration.

"Like all the waterfront parks, it's valuable habitat for migrating birds and insects... A lot of them will be flying along the lake shore. In the fall, some of them — like the hawks, butterflies, and dragonflies — will come down to the lake shore and not want to fly over the water because of the obvious danger that presents to them."

Birds are another major attraction of Humber Bay Park. Not only does a wide variety of travellers pass through it during the spring and fall migrations, but the western portion is also home to flocks of ducks that overwinter in its sheltered bay. Water birds in general are quite well represented in Humber Bay (especially in the eastern half). Besides cormorants, there were mallard ducks and Canada geese in great numbers, and more swans gathered around one stony, south-facing beach than I've ever seen anywhere else. According to Kortright, the park's less common residents include northern shoveller ducks, great blue herons (more grey than blue, but still an impressive sight), small, slightly sinister black capped night herons, and of course the regal great egrets. The egrets are fairly recent residents in Toronto. Kortright told me they only started nesting in the city around 11 years ago. 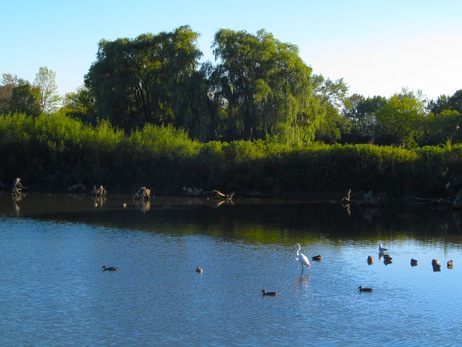 Those wishing an expert introduction to the flora and fauna of Humber Bay may consider one of the half-dozen or so annual guided walks given in the park by the Toronto Field Naturalists. If you're going by yourself for bird watching, then early morning is the best time to go, with the peaks of migration being May and September. 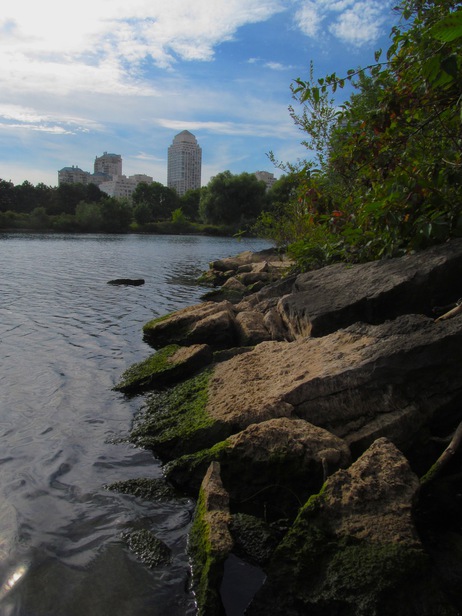 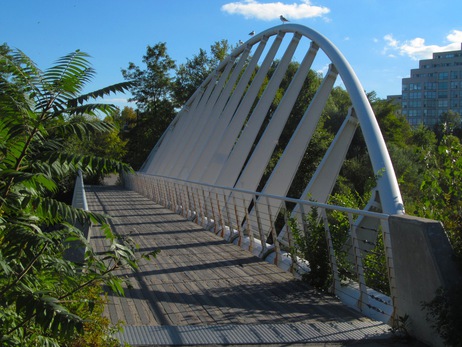 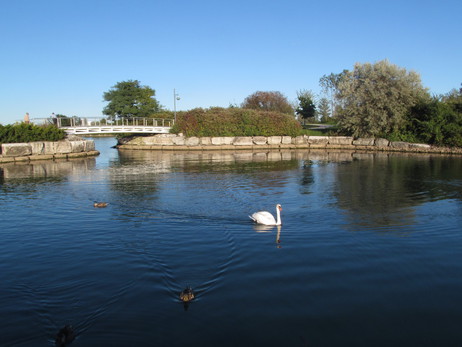