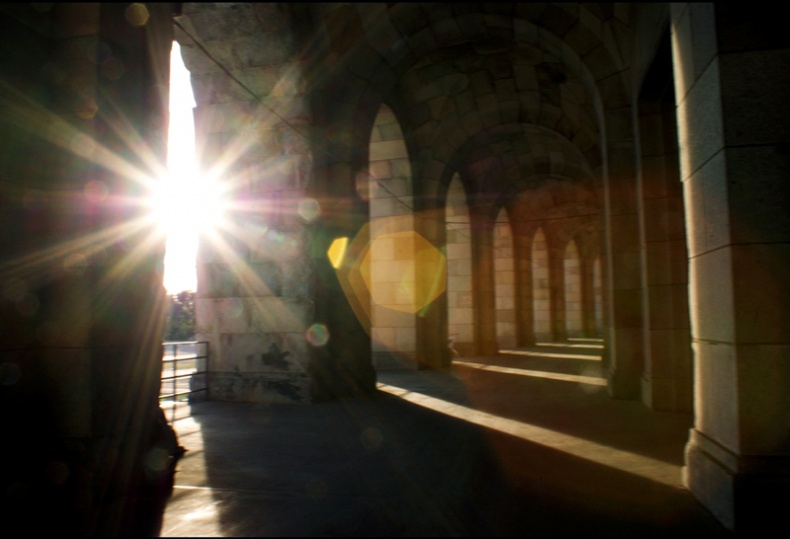 I admit we live in hard times; no one knows what's going to happen in the economy tomorrow, next week, or next month. Still, it can't be all that bad. There must be a light of hope — someone somewhere who comes up with a bright idea that will work.

The financial crisis touches us all and as far as I know, not many of us really know what's going on, so here's the simplest possible explanation for everybody who still isn't sure what's going on.

Certain countries have stricter rules than others. They have responsible governments that make reasonable decisions. Such governments listen to markets and observe the current situation very closely and step in only when it's absolutely necessary. Canada is one of these countries. Norway, Sweden, and Australia are among the more responsible as well. Such countries usually control debt levels and adjust interest rates when necessary.

We already know that Canada is a healthy country, but why? We were hit by the U.S. financial crisis in 2008 as well and we did recover in just four years. What steps have been taken and what is the chance that they can prevent us from getting hit by the EU crisis?

The reason why the crisis started in the U.S. in the first place was actually what helped us to get back on track: the housing boom. The United States were famous for their easy ways to get a house; it used to be a sub-prime mortgage heaven before it all crushed down.

It's important to understand the difference between value and price. Value seldom changes. The value of a property is based on the cost of building material and work, site, neighbourhood, and so on, whereas price is a matter of fashion. Some neighbourhoods are more popular than others because a new playground or school was built there or just because some famous Canadian like Justin Bieber moved next door. In this case, the value of your house might stay the same but the price might jump two to three times up. Another example of rising price is where suddenly more people can afford a house of a certain standard. Realtors are trying to keep the equilibrium on the housing market and they start raising prices. This is what happened in the U.S. Loans and mortgages became accessible to a large group of people and suddenly they could afford more. The prices of houses skyrocketed and the gap between value and price got bigger and bigger. Households soon realized they couldn't keep up with the payments, so their houses were confiscated by banks. It wasn't much help since the value of the house was in many cases 80 per cent less than the price paid. Banks got into trouble and the crisis was born. 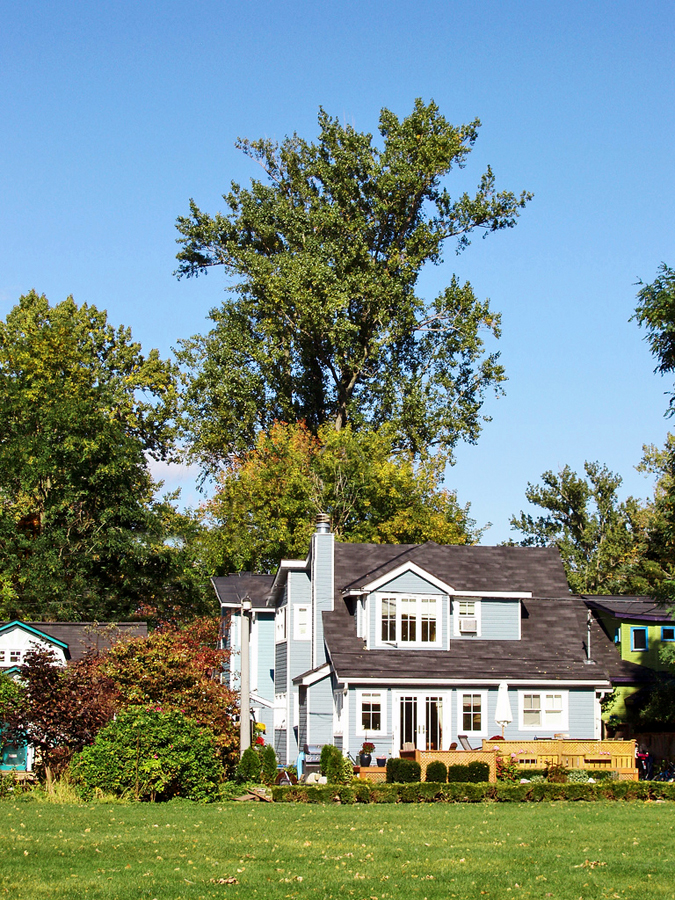 The Canadian housing market has been always a steady one. It wasn't always perfect; we had our bad moments, but overall I can say it's a healthy business. When we were hot because of the American crisis, it was the housing boom that got us out of trouble. New houses and condos were constructed. This led to job creation in the whole spectrum from engineers, through architects and designers to job positions in services such as concierge, cleaning staff, or technical service. A trend of living closer to the city helped condominium construction a great deal. If you're watching the market carefully, you've noticed prices went up and you might want to know if there's anything to be worried about. No, there's not. The sub-prime mortgage system is not widely developed in Canada and despite a few local banks offering such mortgages, it's not a common practice to do so. Prices went up simply because living in a new condominium in the city centre in the Donald Trump building costs more than living in a suburb. The value/price ratio is reasonable and therefore I feel the worries about a financial bubble are unwarranted.

During the last four years, when the recovery took place, many different adjustments were made that should stabilize the economy and make it immune to future crises of a similar kind.

What exactly did the Canadian government do to make the country's economy recover so quickly? The secret lies in moderation.

The government wanted to support households and individuals in those hard times — help them to recover, start their own business, or get a new job. Many of those actions require some capital and frankly speaking, who has a spare cent during a recession? Yes, there are banks and they could give you a loan, but after seeing what loans and mortgages caused in the U.S., banks were cautious. It's vital to find a balance between borrowing money and saving, and that balance can be extremely hard to find. There are several factors that play an important role in the story. 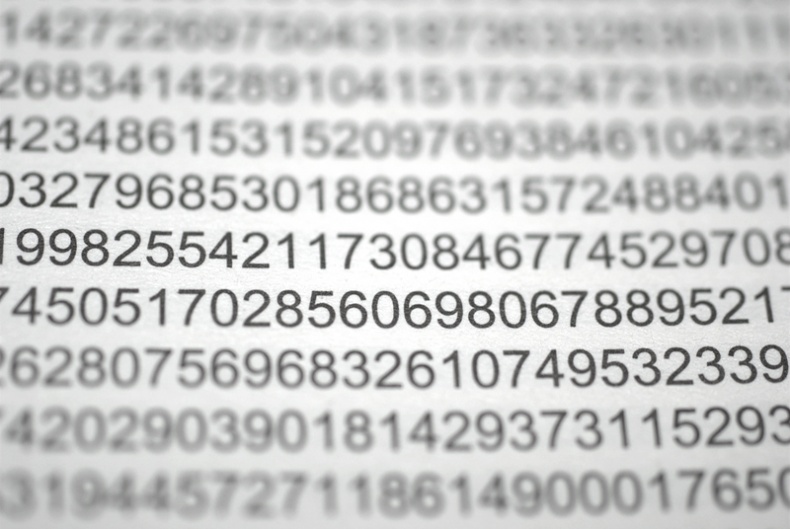 I'm sure you've noticed yet another change in the mortgage system. Finance Minister Jim Flaherty has changed the numbers so many times journalists are even spreading jokes about him. The fact is that every single change was a vital one. The situation can change very quickly and what might seem okay today can cause a problem next week. One moment you need more regulation and stricter rules; the other more freedom and looser rules. Jim Flaherty mentioned he is watching the market very carefully and that he's ready to act whenever he or his economists see a potential issue. Basically what he has changed recently was the amortization period, guidelines for getting a government-backed insurance, and refinancing. He said he was afraid of the condo markets in big cities becoming unhealthy, so the changes in mortgage rules should cool them down. It's still a rather recent change, so we need to wait a couple months to see if it was any good, but I believe it should be very helpful.

When you plan to boost an economy, you want people to borrow money so that more capital is turning around. If you lend the money to a reliable client, you have a guarantee he will pay them back with a nice interest rate so it's beneficial for both sides, client and bank alike. The lower the interest rate, the higher chance clients would take a loan. We can therefore say keeping interest rates low can boost the economy while rising them may slow down progress. Higher interest rates are seen in countries with stabilized economy and very good overall health.

Why Interest Rate Hike is Needed 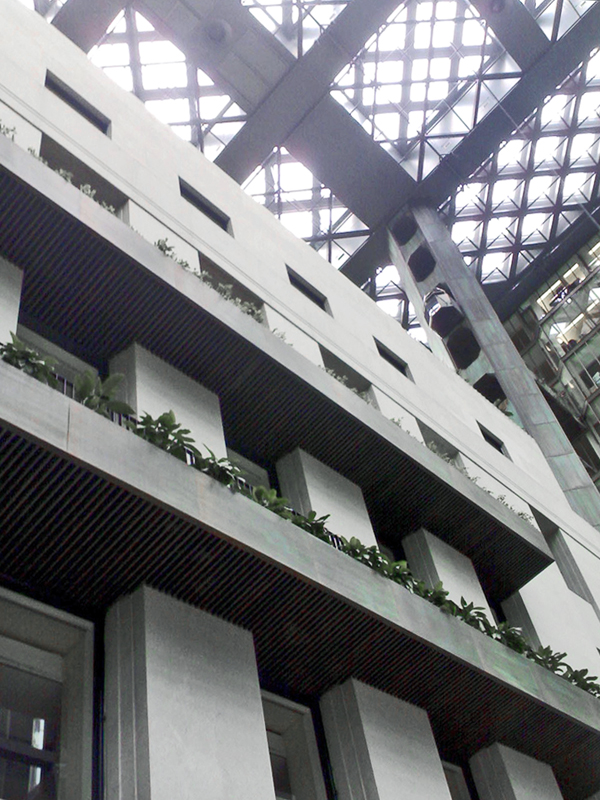 Bank of Canada by Gordon
Ross

The Bank of Canada, the Canadian central bank, has kept the interest rate at 1 per cent since 2008. Don't make the mistake and assume this is the rate at which you can borrow money. This 1 per cent rate is the rate at which commercial banks borrow money from the central bank. Commercial banks then add something on top and a new interest rate is calculated for the public. Central bankers agreed on such a rate after the crisis to help us recover, which we did. Economists and bank analysts agree that the Canadian economy is 90 per cent recovered from the 2008 financial crisis and we are able to function well now. New jobs were created, wages went up, and employment levels have risen. All these numbers have been continuously improving and given that we have one of the best governments in the world at the moment, there is very little to fear. Therefore some voices started to rise and speculate if the Bank of Canada should raise the interest rate from 1 per cent since no major recovery is needed. The Paris-based Organization for Economic Co-operation and Development (OECD) urges Governor Mark Carney and his fellow central bankers to revise and adjust the interest rate according to the current situation.

If Canada really has recovered from the financial crisis caused in 2008 and new job opportunities were created, we don't need that big stimulus anymore. However, it was not only the number of job positions that has risen in past years; levels of household debt are going up as well, and that is the biggest worry at the moment. As we know, it was the high percentage of household debt that triggered the recession in Europe and we surely do not want it to happen in Canada as well. Keeping the interest rate at the same level as for the past four years might be counterproductive. So far, it has helped us to prosper, but maybe it's time to leave the market on its own and raise the rates a bit higher. Canada will probably grow even more than what was forecast, and many economists fear the low interest rates can hinder our progress. But the situation is not so simple. Ben Bernanke, Mark Carney's colleague from the United States, and Mark share the same strategy. They agreed on keeping the interest rates at 1 per cent until 2014 and only after that will they be re-assessed. If suddenly the Bank of Canada Governor rose the rates just by few tenths of a percentage point, it could contribute to major shocks in our currency compared to the American Dollar. OECD would like to see higher a interest rate in Canada by this autumn, but we can only guess how the Bank of Canada will act.