Queen West has been the go-to artistic destination for creative hopefuls and tourists looking to get a look at authentic Toronto art, from independently designed high fashion, cutting-edge design, to graffiti based walking tours for nearly three decades.

The land was originally surveyed in 1793 and for the first 60 years of its existence, most of Queen Street was called Lot Street, until it was given a new name in 1837 to honour monarch Queen Victoria. Today, when Torontonians talk about "Queen West" they’re referring to the large block of interconnected neighbourhoods that span roughly from Osgoode Station near Nathan Phillips Square, west to the heart of Parkdale and the edges of Roncesvalles.

While some would argue that Queen Street enjoyed its heyday in the 1990’s when the broadcast and Canadian cultural icon Much Music and City TV set up shop at 299 Queen West and hip independent businesses were booming, it remains a cultural icon in our city. Moving west, the nightlife grew, as did the number of nightclubs and antique shops alongside stores brimming with fabrics and sewing supplies for the avid crafter.

Throughout the 2000’s, gentrification of the area has received mixed reviews from residents as higher rents have increased both housing and rental properties pricing, making way for bigger box stores. In 2014, Vogue Magazine ranked Queen West as the second hippest neighbourhood in the world. It’s no wonder this eclectic area continues to draw people in, whether it’s for an afternoon adventure, or for making a permanent home to the west of the downtown core. 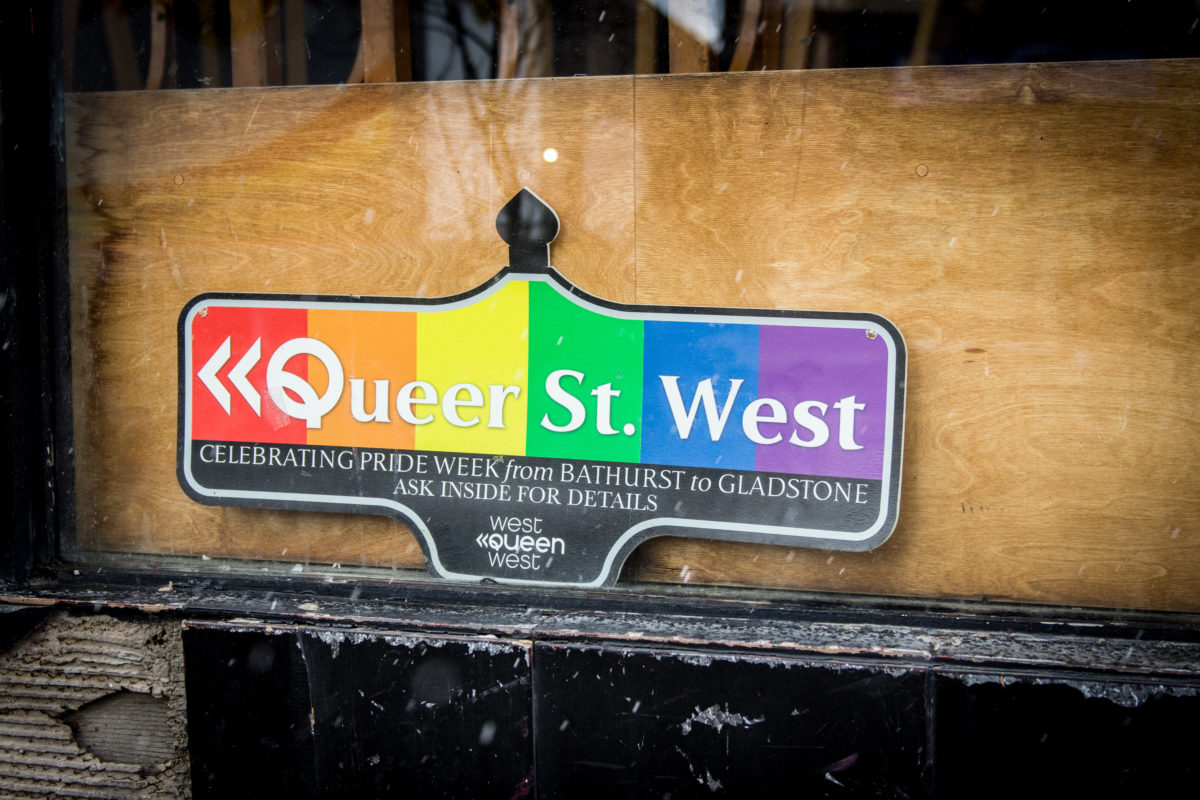 The Evolution of 'Queer West'

Because of the diversity of Toronto, there is plenty of LGBTQ culture, and although the Church-Wellesley Village is the central hub for the city, Queen West, affectionately called ‘Queer West’ has become the cool younger sister neighbourhood alternative for a new generation of young hipster adults thanks to a thriving nightlife, art scene, and welcoming vibe. While Queen West is a large area, the majority of LGBTQ friendly, owned, and activity-based businesses are located on the western side of the neighbourhood, primarily between Trinity Bellwoods Park and Roncesvalles Avenue. The bars and restaurants here aren’t solely LGBTQ bars, however, you will find warm, open, and accepting spaces to explore the art scene and meet new people, friends and romantic partners alike. Local LGBTQ hub, The Beaver has themed dance parties and every Monday celebrates emerging Drag Queens and Kings with their Drag Industry Night. 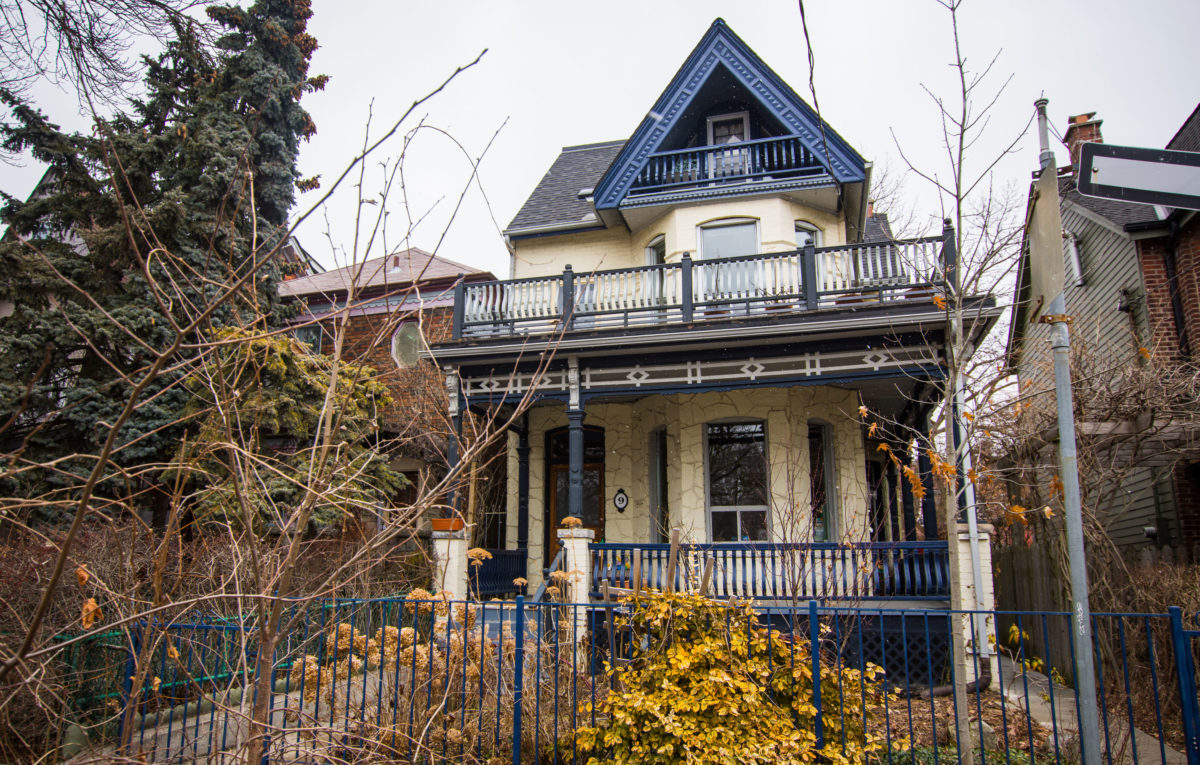 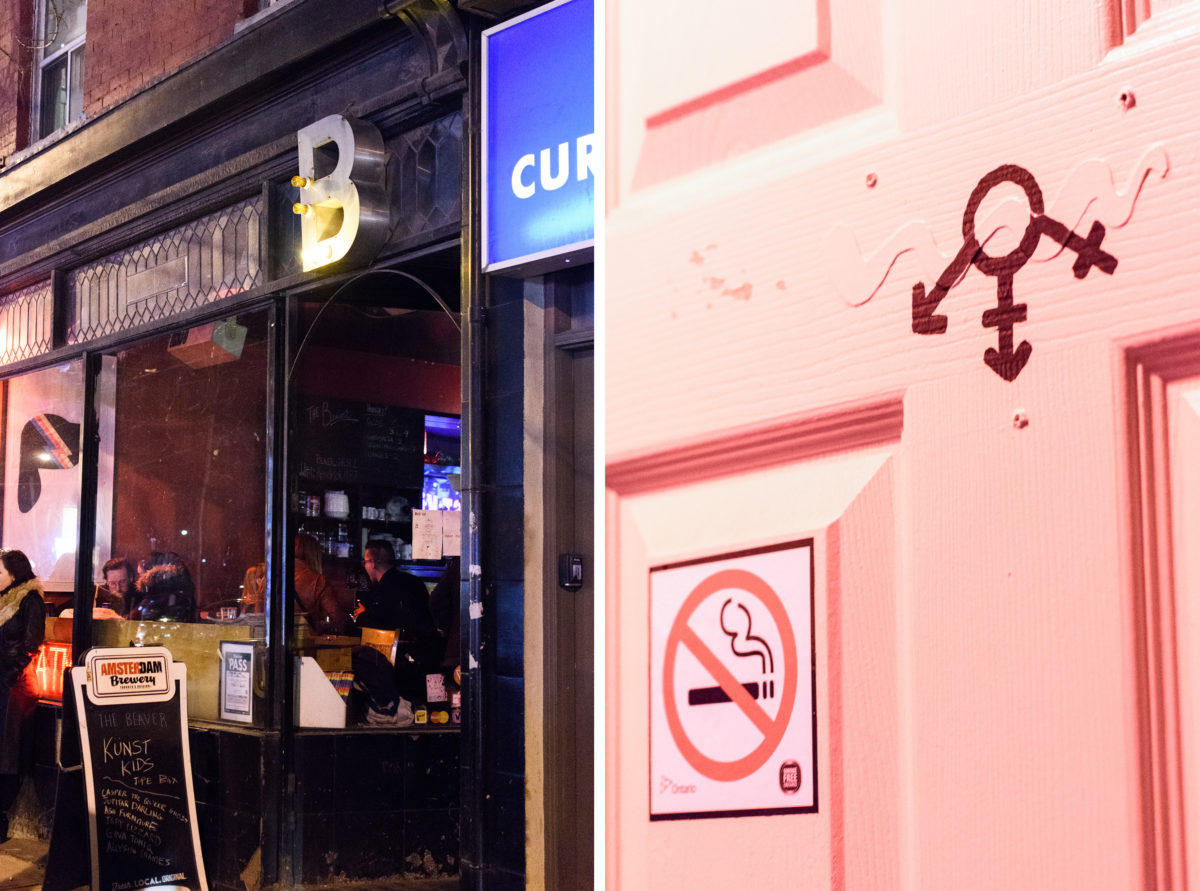 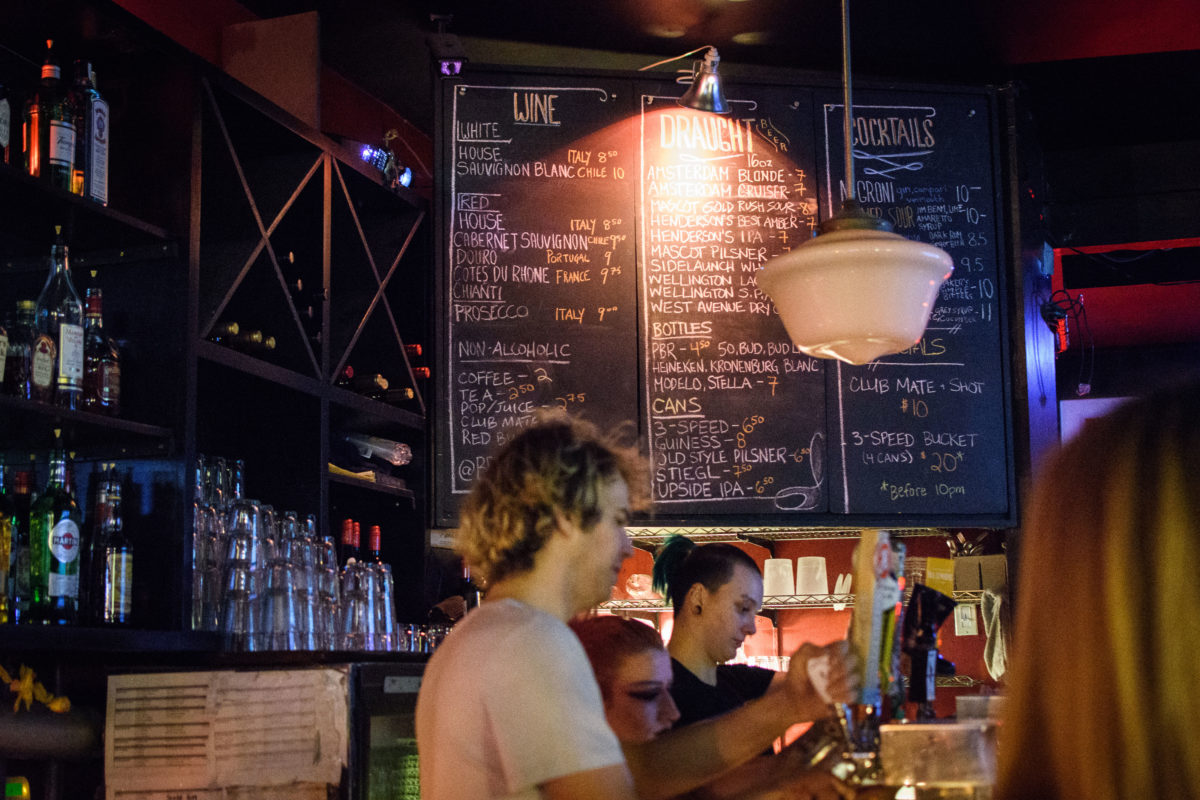 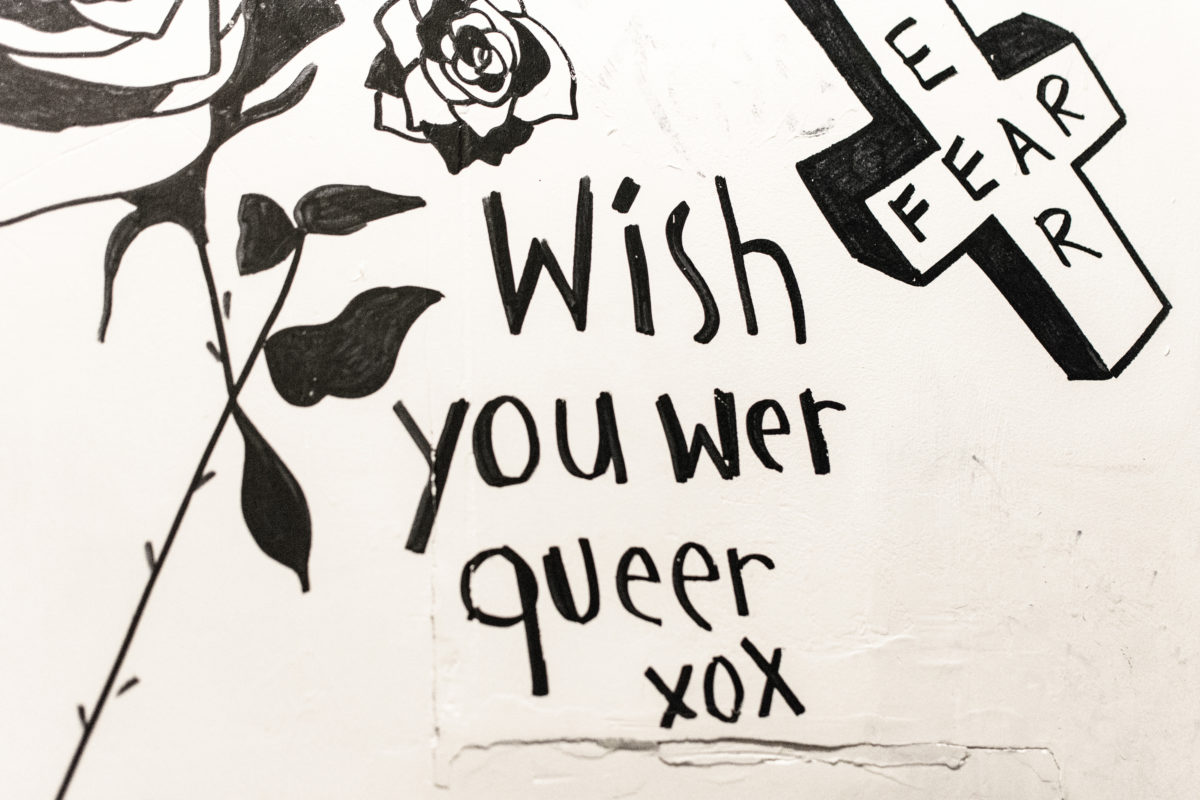 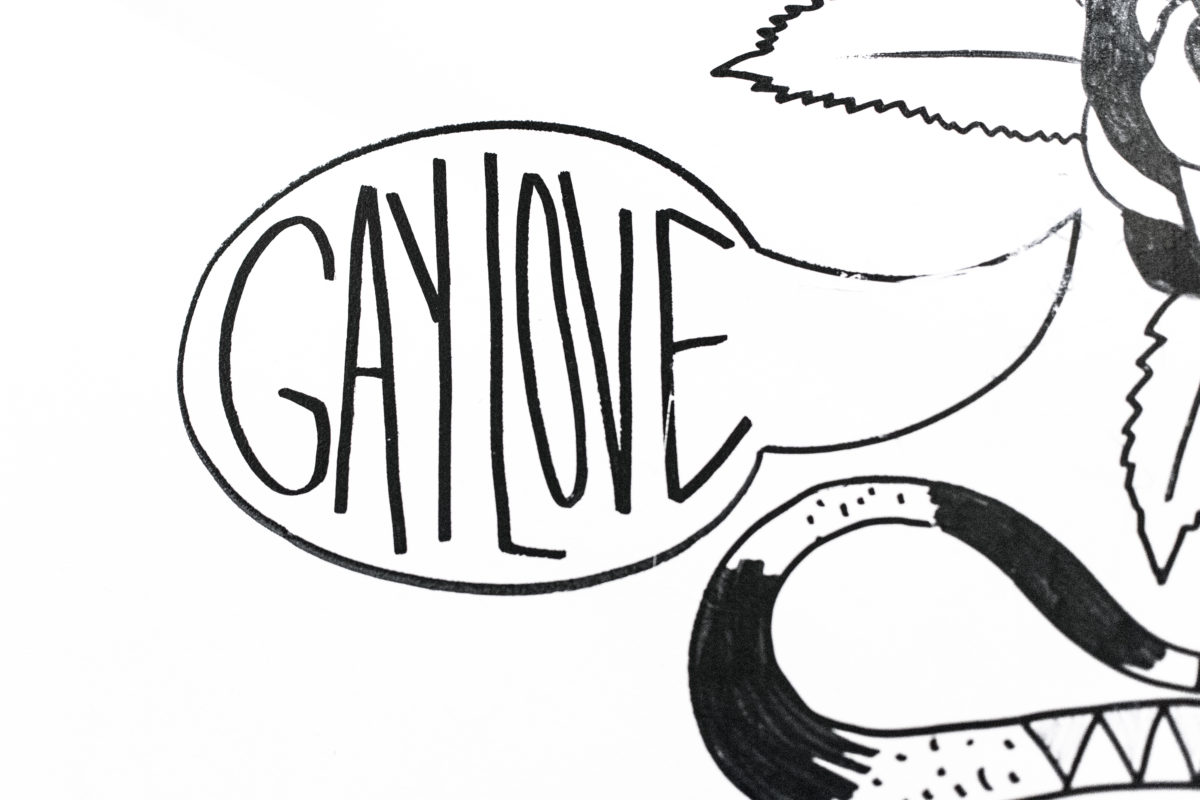 Messages from The Beaver

Known for their love of art, the community of Queen West decided to make their appreciation for art official 15 years ago, when they launched an annual three-day festival to promote the arts – each September, The Queen West Art Crawl, is coordinated by the not-for-profit Parkdale Liberty Economic Development Corporation to celebrate artists, art organizations, and businesses all from Trinity Bellwoods Park. Today the event brings in over 60,000 visitors.

Queen West also houses some of the trendiest galleries, performance spaces and art festivals in the world. With a high concentration of notable galleries including Twist Gallery and the Stephen Bulger Gallery just north on Dundas Street, walkable art crawls have become a staple in the community.

For five nights during Pride Month, you can also enjoy the Queen West Venues for Nuit Rose, an annual festival offered at no cost that features, "queer-focused art and performance that takes place during Toronto Pride, showcasing provocative, cutting-edge work by diverse local and international artists, and engages LGBTQ+ communities, art lovers, residents and visitors to Toronto in unique experiences with art across the city." 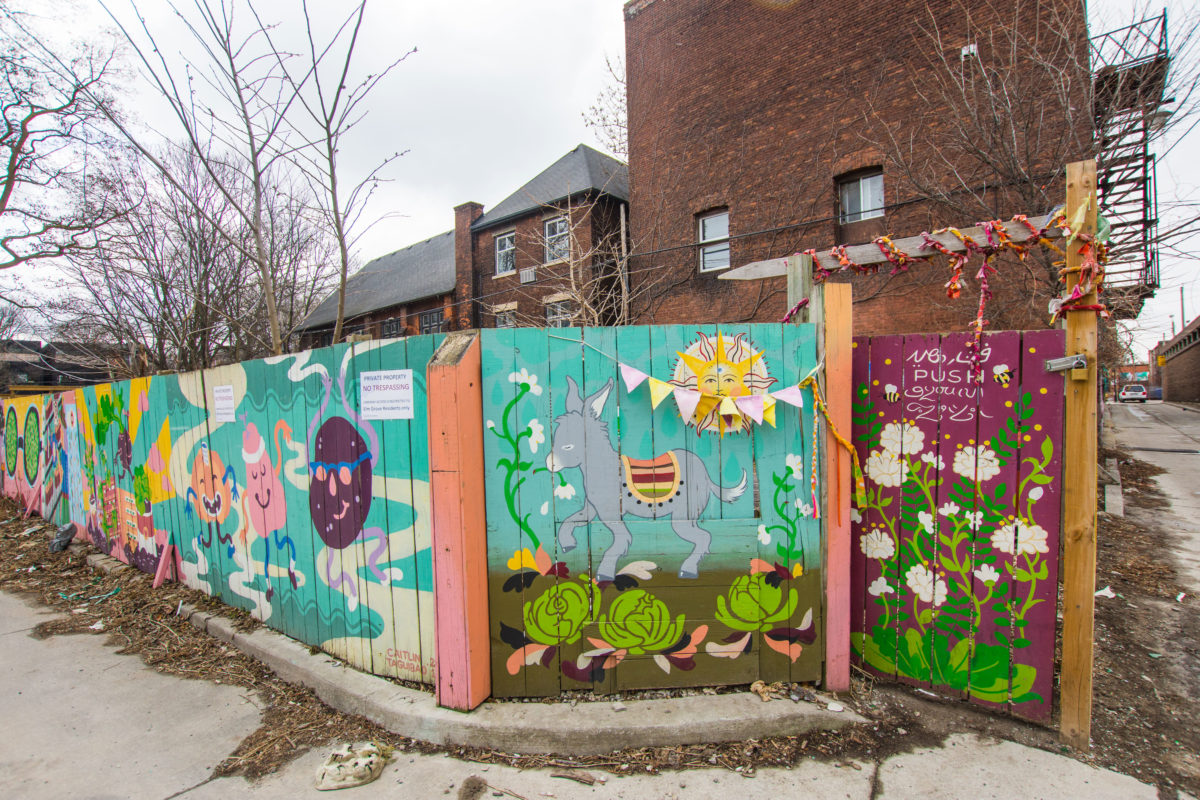 With the popularity of Queen West, it also became subject to a massive facelift, which included extensive gentrification, but not all change was purposeful. A year after being declared a heritage conservation district, tragedy struck Queen Street between Bathurst and Portland care of a six-alarm fire which destroyed many businesses and homes in the area. This fire literally sparked even more change and modernization of a neighbourhood locals were bent on preserving. The fire and efforts launched by The Business Improvement Association of Queen West (from Bathurst to Gladstone) and local businesses have changed the face of the neighbourhood where low cost rentals have been transformed into boutique hotels and art bars. Improvement projects including streetscape projects and the organization of community based events to better support local businesses support the vision of the BIA to maintain the unique character of Queen West, all while promoting renewal, growth, and tourism. 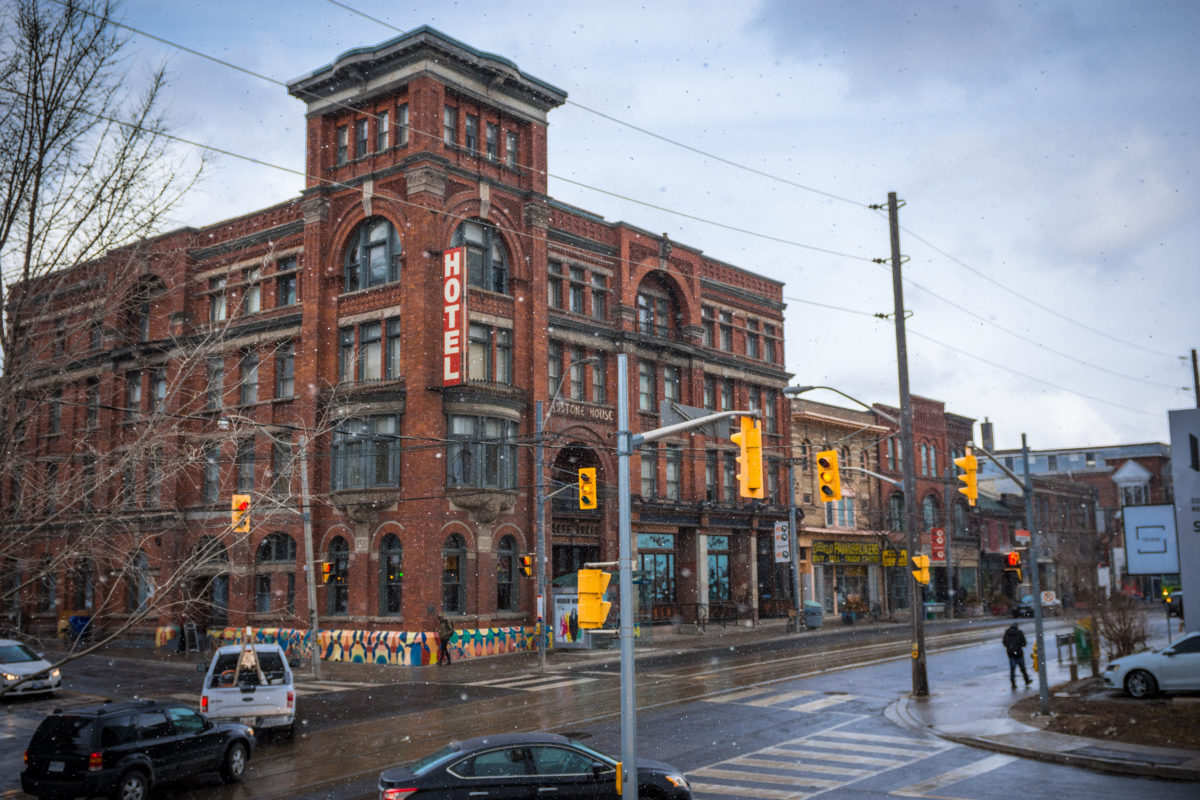 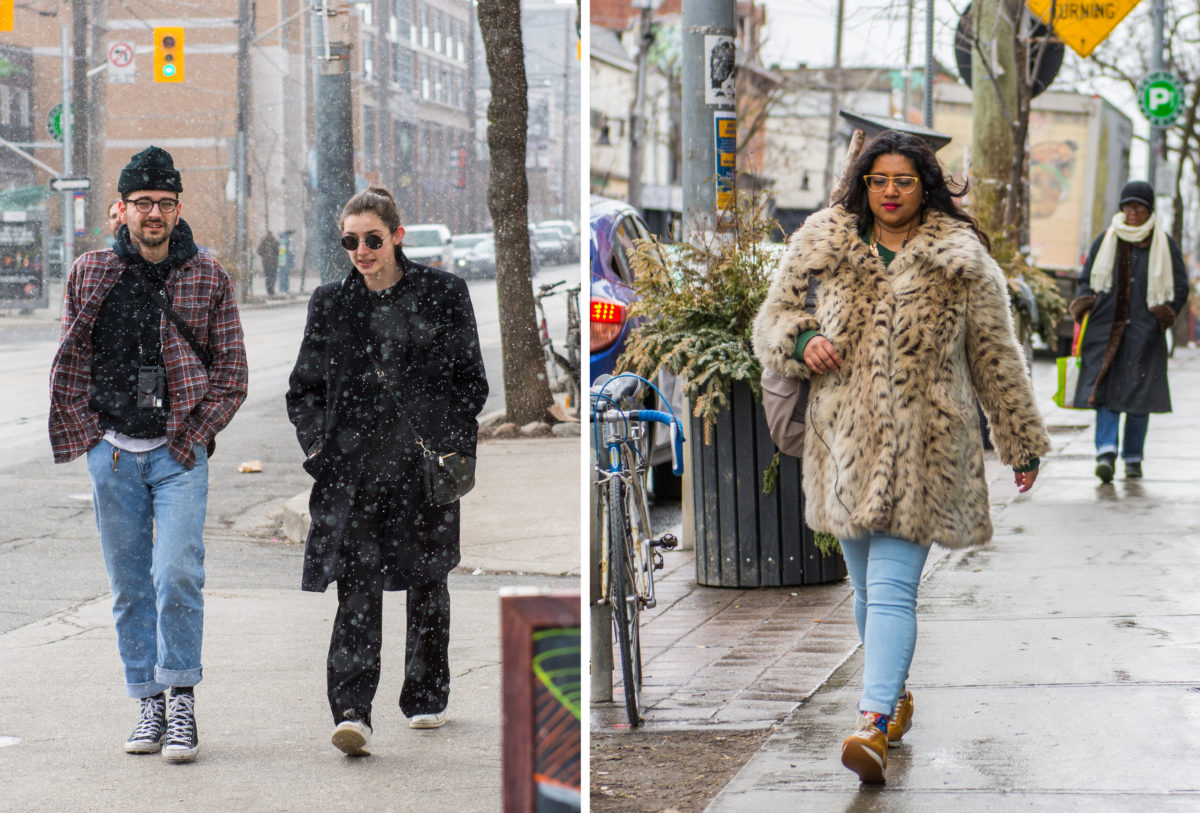 Part of the fun of Queen West is that there is always something interesting to explore. Want to see some art at no cost? Check out Graffiti Alley, a sure-fire way to fill your Instagram feed with exciting and interesting snippets of what the local artistic community is capable of creating. Graffiti Alley lies just South of Queen Street off of Spadina Avenue.

Or you can enjoy the people watching at Trinity Bellwoods Park – home to people playing Frisbee, enjoying a warm summer day, and not so subtly sipping on a can of contraband beer, Trinity Bellwoods Park has become a meeting place for many in the city. Kids can enjoy some time at the splash pad or playgrounds, and families enjoy the Trinity Community Recreations Centre, while adults can check in with the area's BIA to find out what community events are coming to the park, like their early summer movie in the park series. 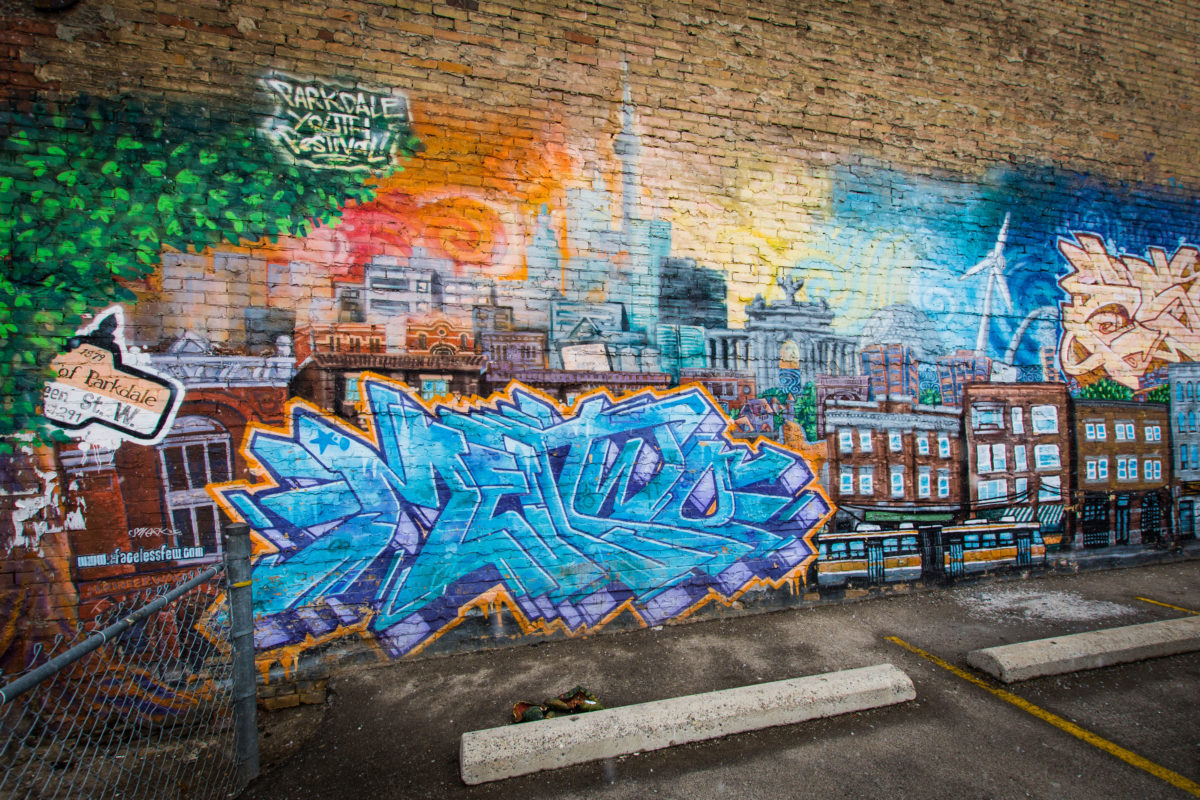 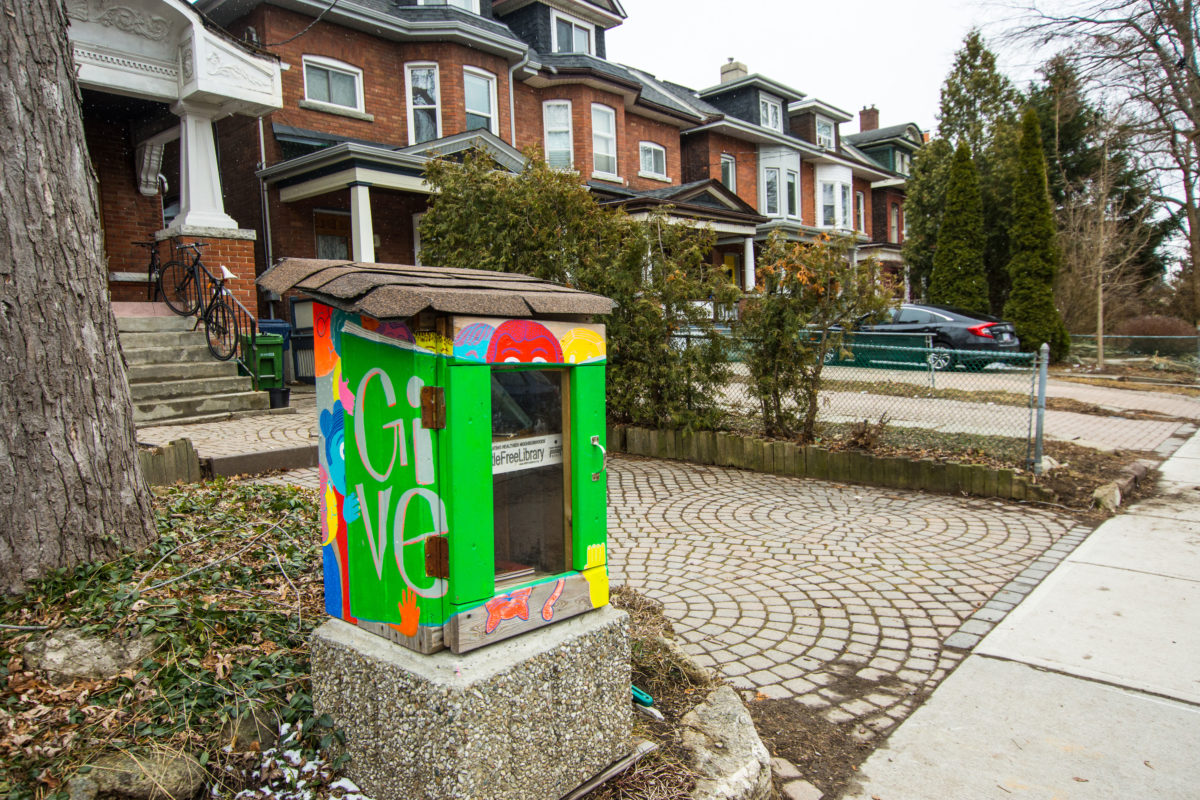 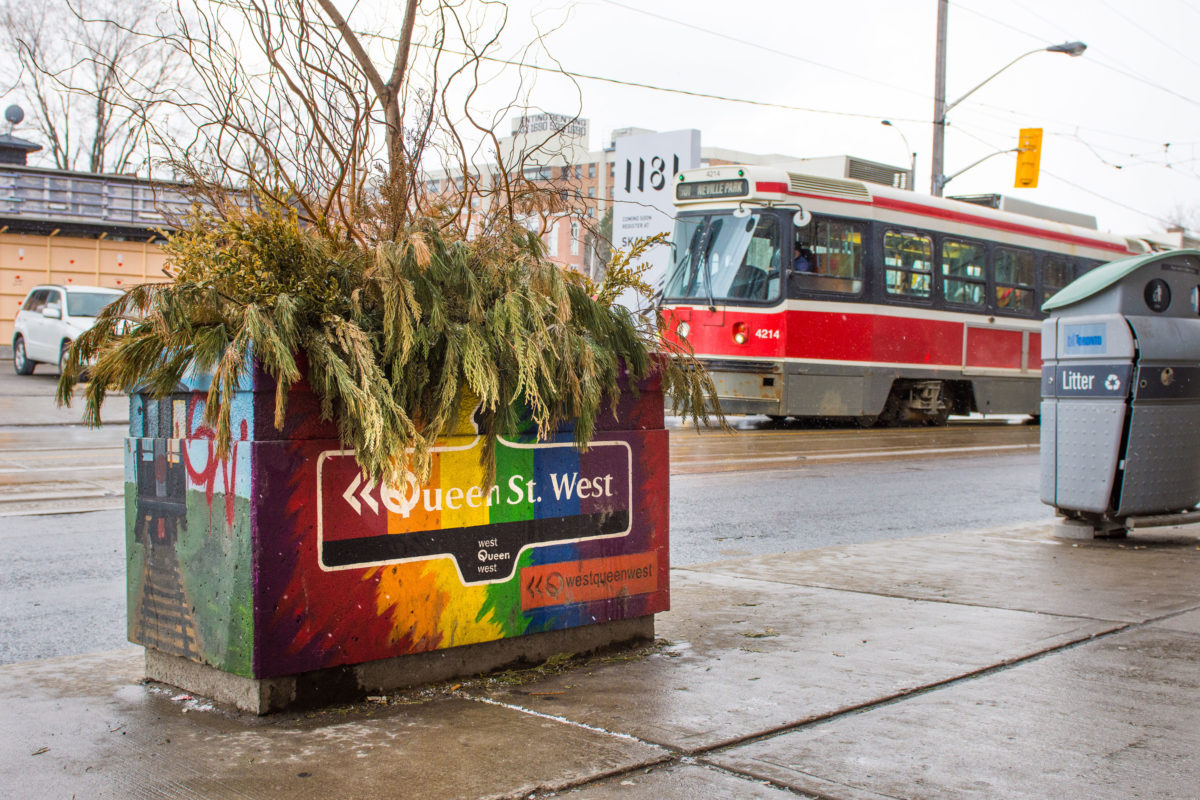 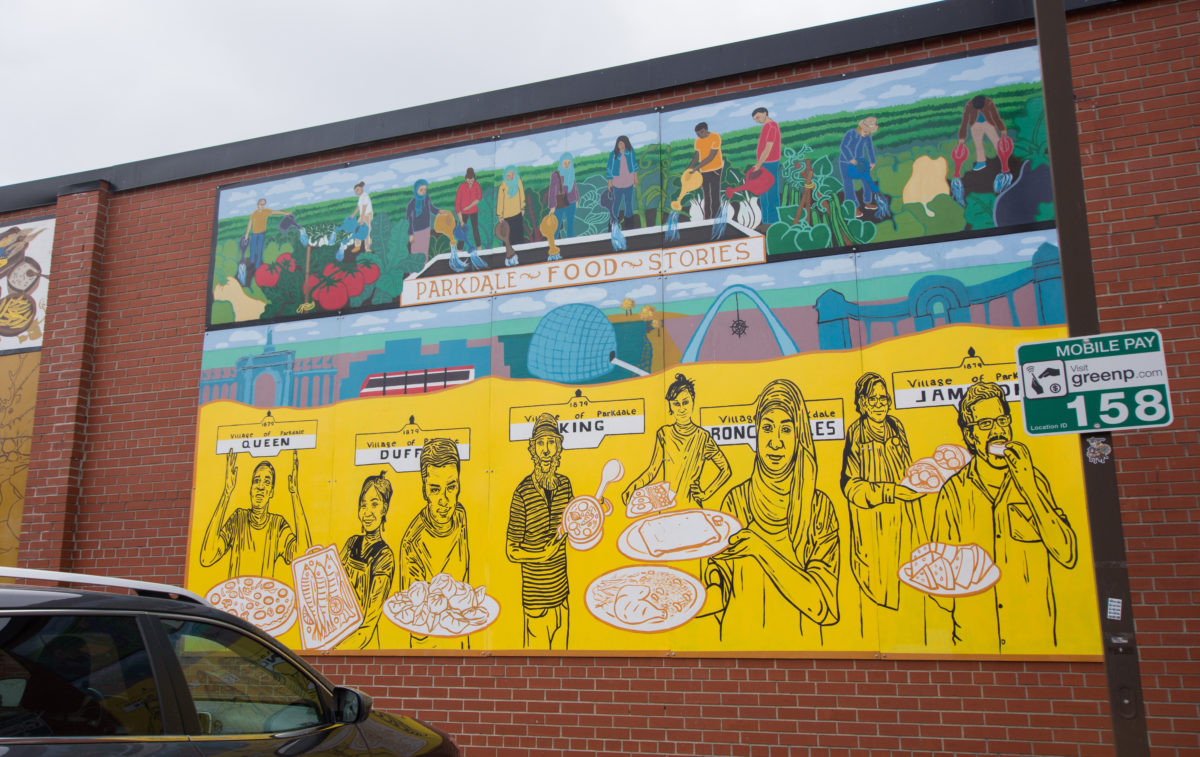 It’s easy to plan a night out or pub crawl when you live on Queen West. If you enjoy Jazz, find out who is playing at The Rex. Looking for a fancy cocktail? Visit Miss Thing's to have drinks served in a variety of receptacles including a pineapple, watermelon or even a seahorse. Those who want to relive the 1990’s can enjoy a show at Bovine Sex Club, and even stop in at the McDonalds at Spadina and Queen to nosh on some late night greasy treats on your walk home. For a comfortable, unpretentious LGBTQ+ experience visit Lipstick & Dynamite, a "bar-staurant" with homey, nostalgic feeling - including a book and board game library, arcade games, standard drinks and vegetarian food. 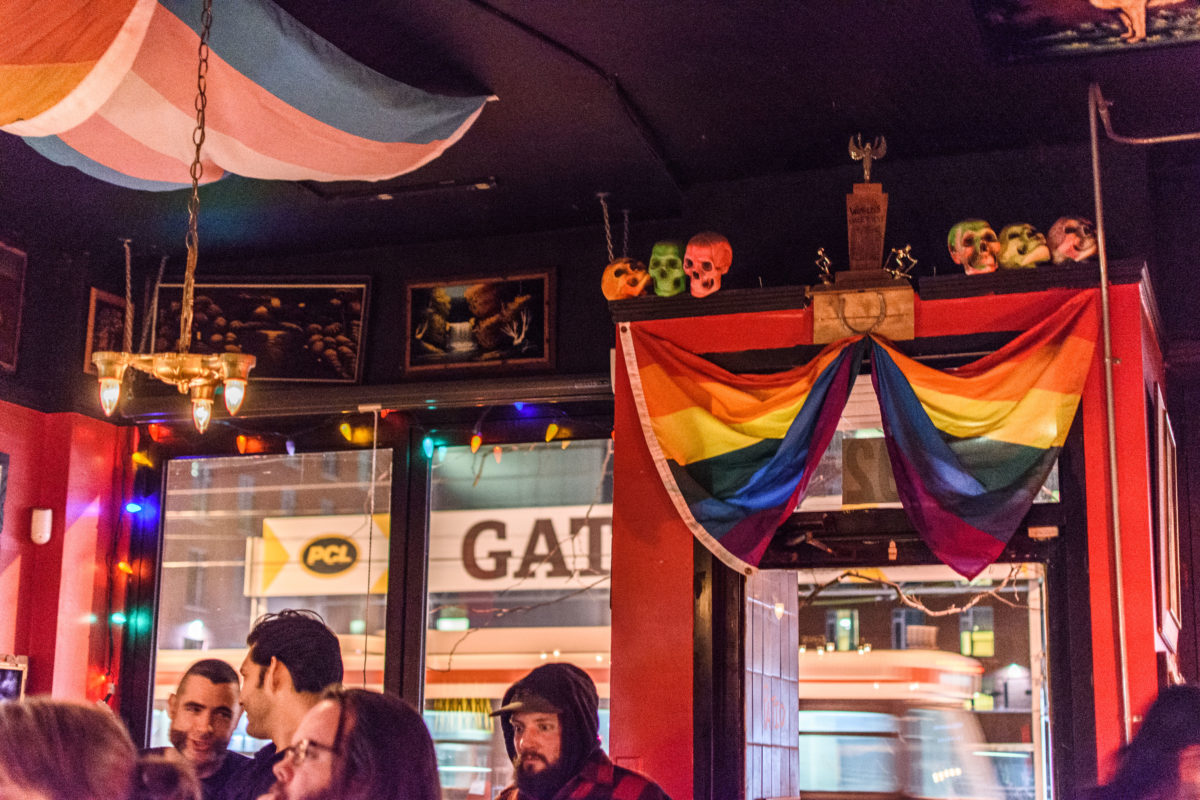 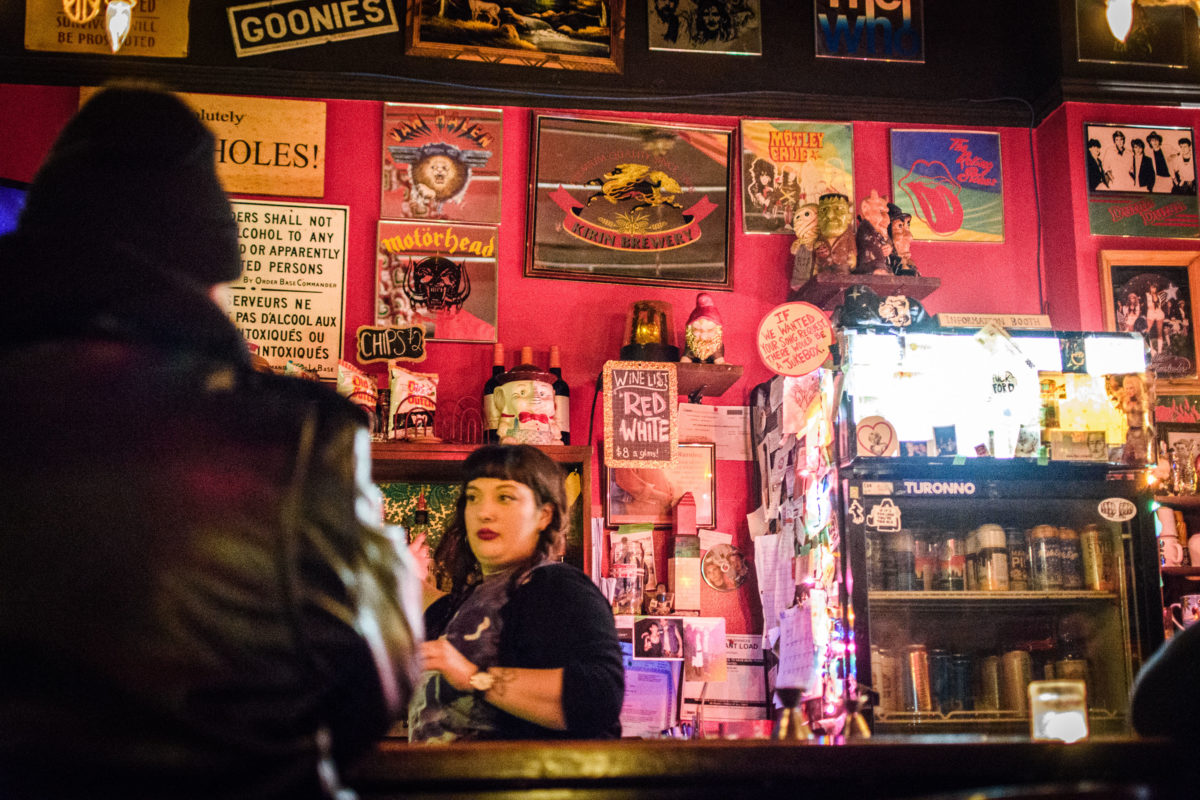 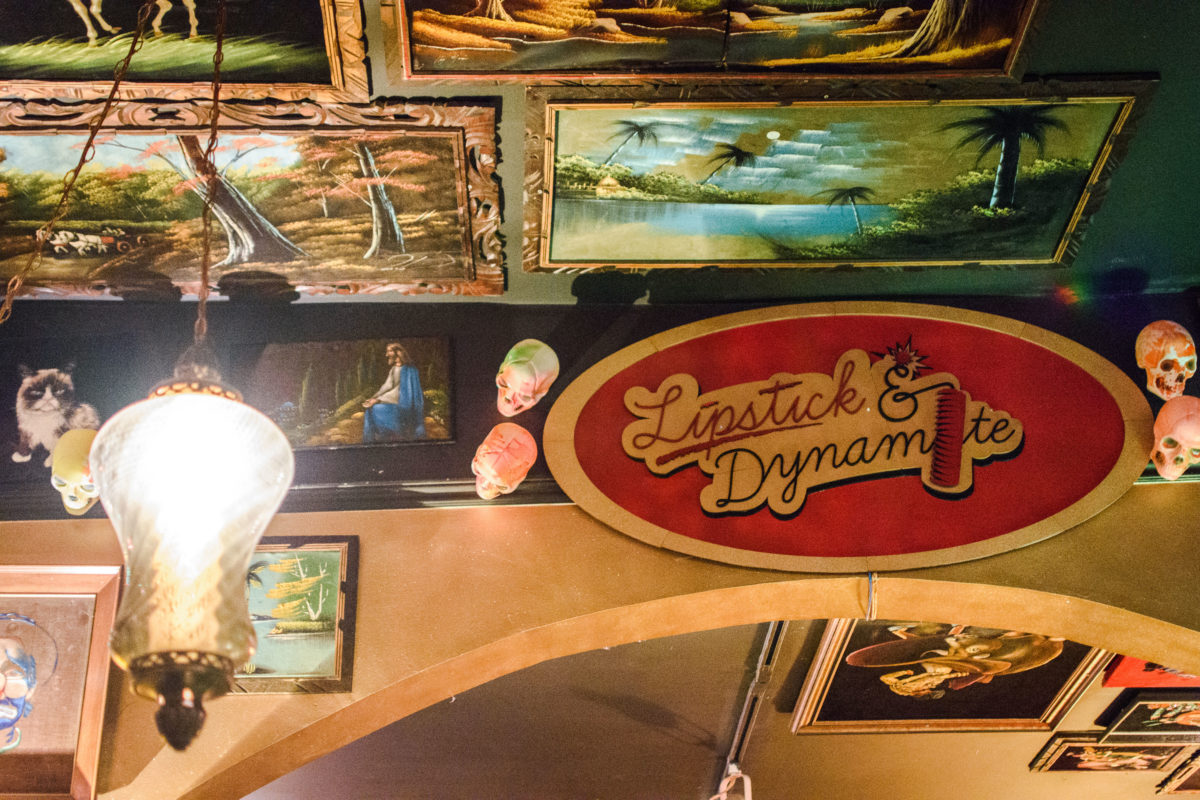 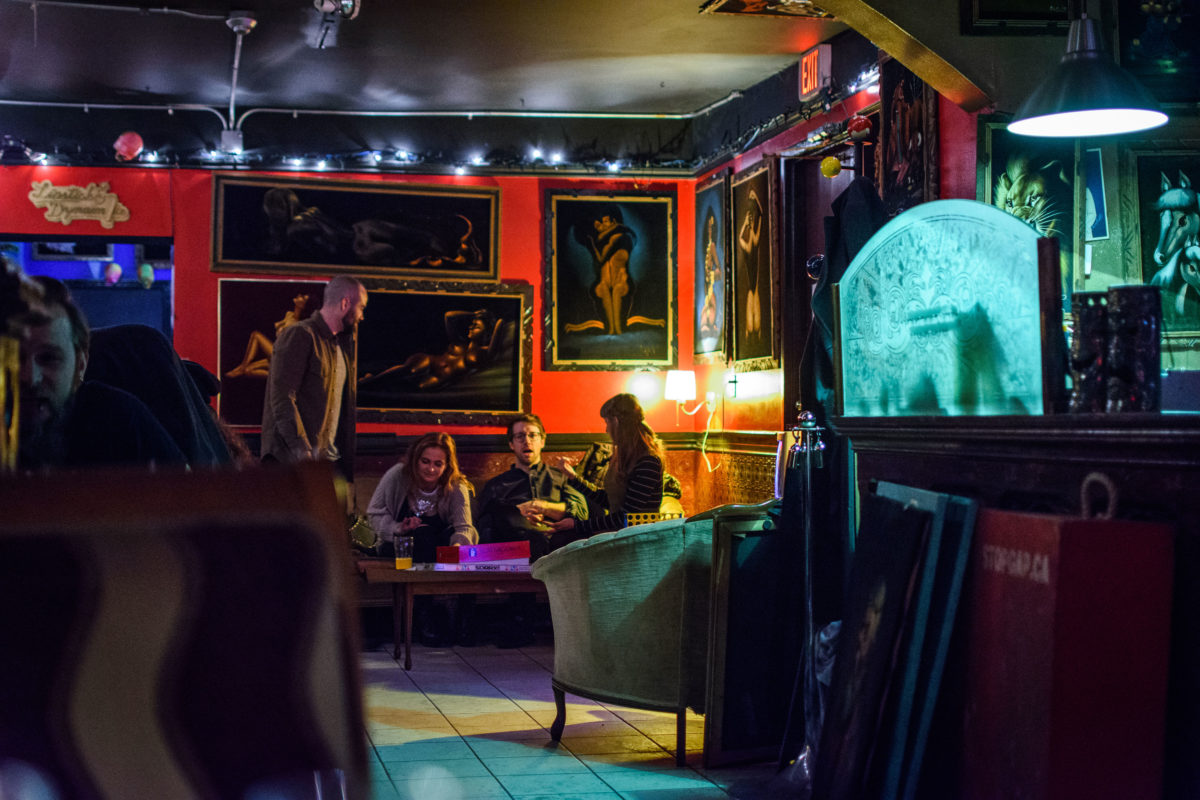 Boasted as the Fashion District, Queen Street is also famous for its antiques, used books, record shops, as well as design stores for anyone who wants to explore the many funky and functional furniture options to fill their lofts and condos. Go no further than the Queen West Antique Centre for some antiquing. And looking for more of a market vibe? One of the most convenient things about Queen Street is its proximity to other exciting neighbourhoods like Kensington Market, Little Portugal, and Roncesvalles Village. Don’t be afraid to explore this very walkable, very welcoming part of the city, or even call it home thanks to the many condos emerging in the area. 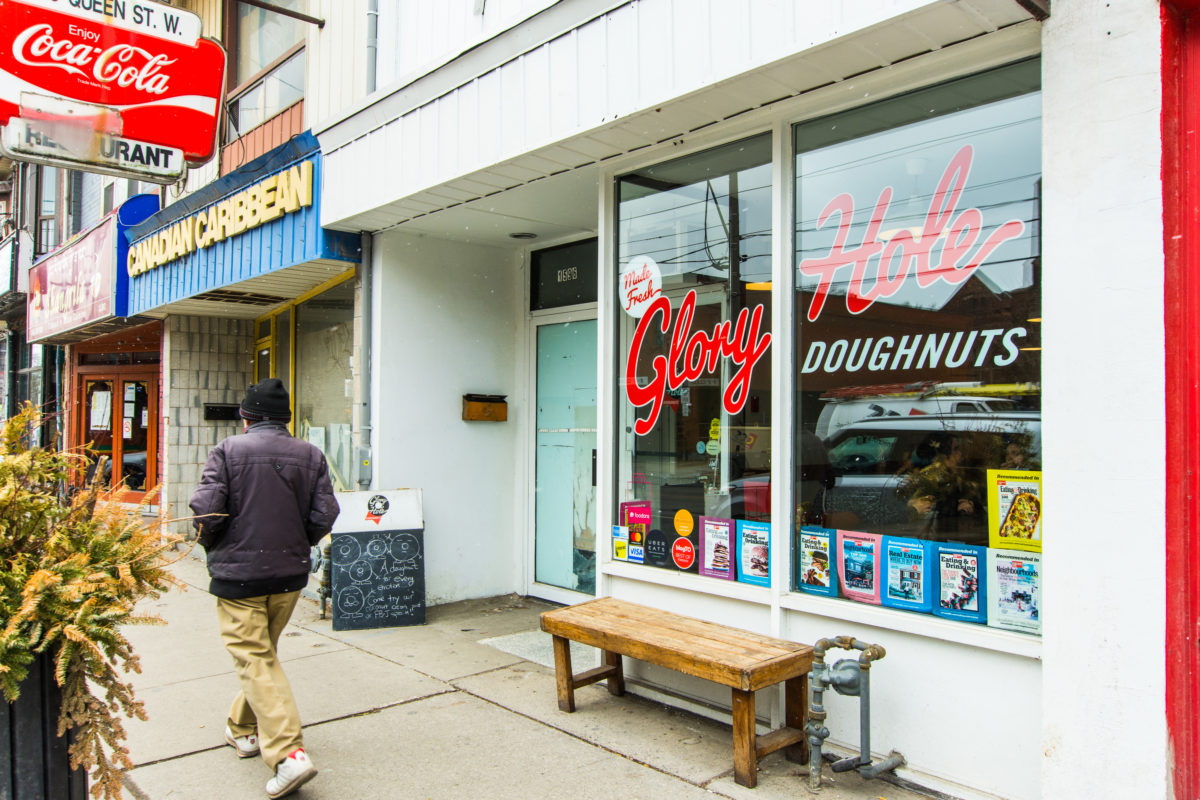 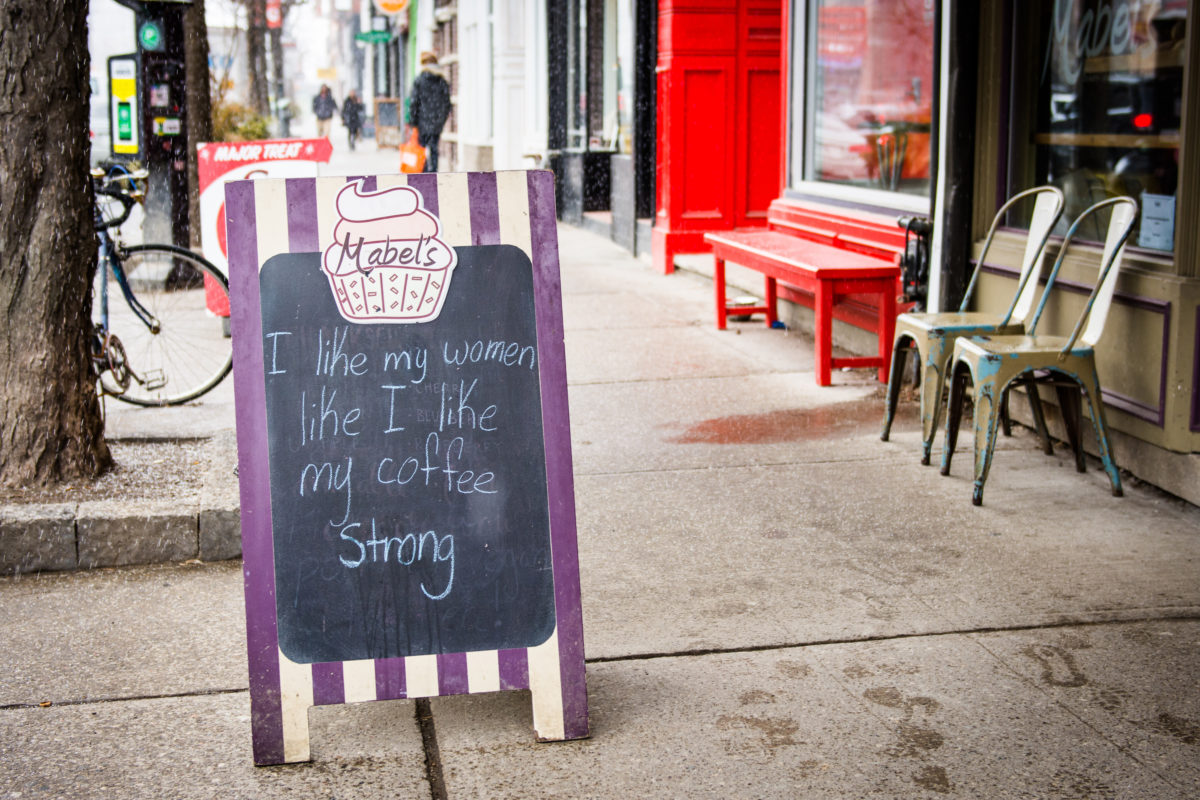 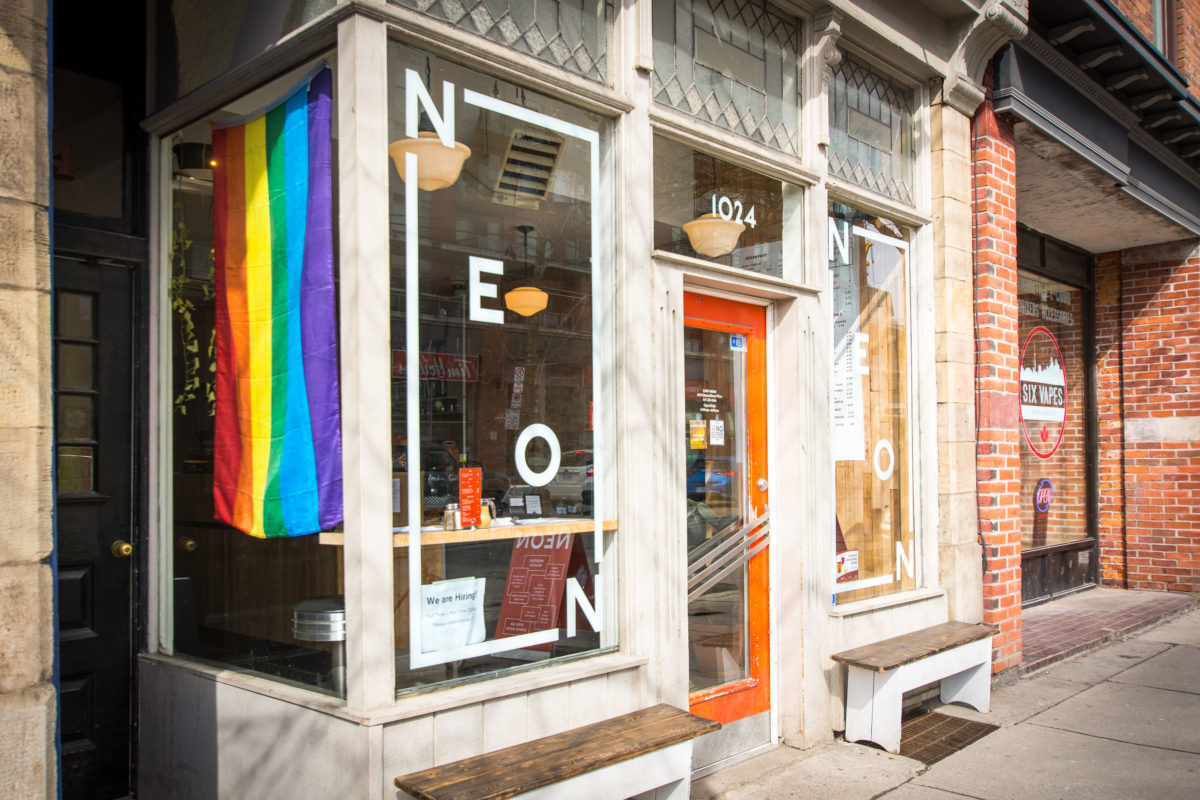