Much like the people who live here, Toronto is a rich and diverse city – with a history to match. Whether you’ve lived in an area all of your life or are debating a move, it’s always nice to know a little more about where you’re hanging your hat at the end of the day.

Riverdale is an expansive neighbourhood in the east end of Toronto that is bordered on the west by the Don River Valley, the train tracks on the east, Danforth Avenue to the north, and Lakeshore Boulevard to the south. 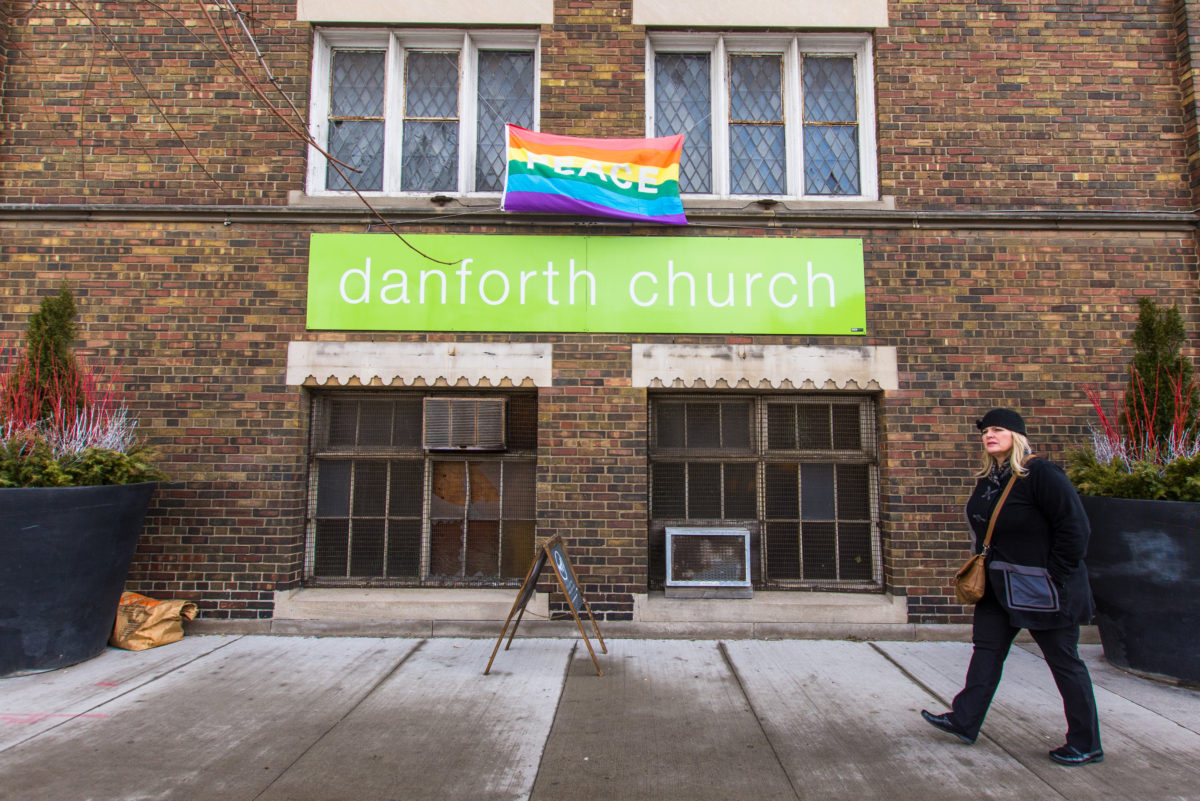 Until the 1850’s the area of Riverdale was a small community, until the Grand Trunk Railway arrived along with the promise of industry and an abundance of jobs for anyone willing to relocate. Many of these people built the very first houses in Riverdale just south of the tracks, while the area north of Queen Street was mostly undeveloped until the 1880’s when it was added to the City of Toronto. It was during this time that the majority of the two and three story Victorian and Edwardian houses of the area were built – some as family homes, and others as boarding houses for those working in the area.

Back then the area wasn’t even called Riverdale, it was Riverside, and the belief is that the name change came to coordinate with Riverdale Park, which remains an important part of the community today. 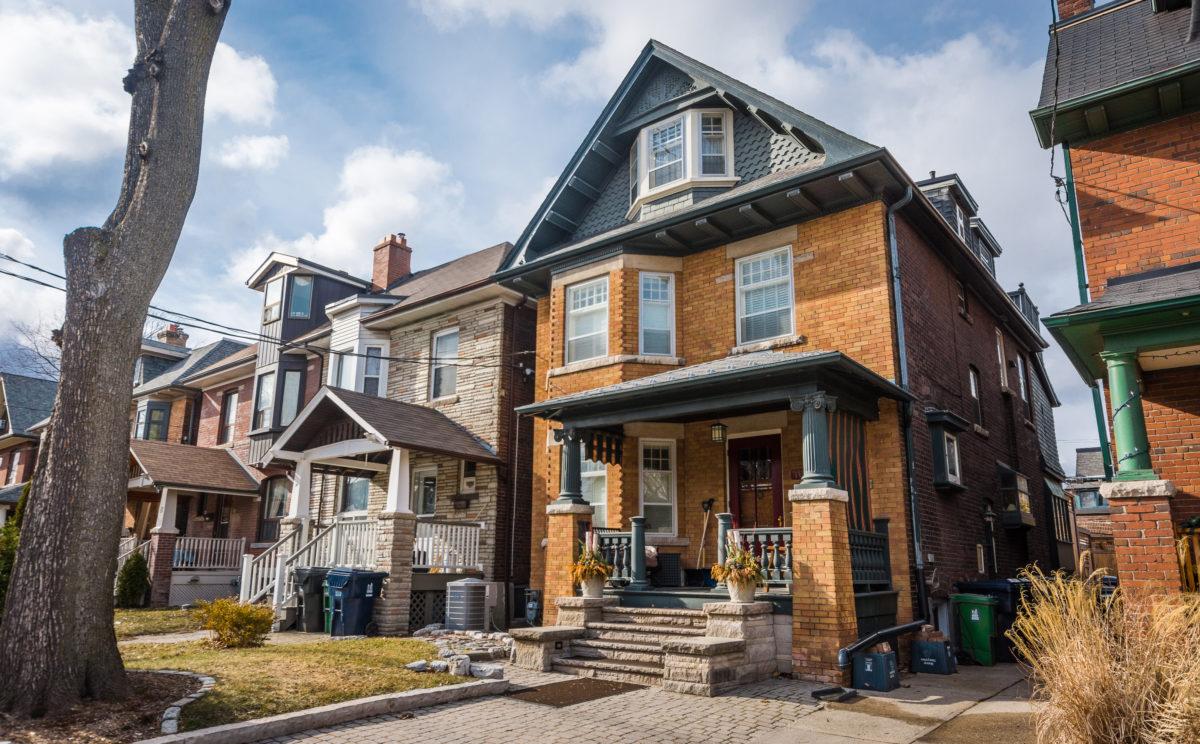 Thanks to its downtown adjacent location and multiple cultural hubs within its borders, Riverdale embraces the many cultures that call the neighbourhood home. Proximity to Danforth Avenue aka "Greek Town" has residents, tourists, and locals seeking a little culture, enjoying some of the highest concentration of Greek food available outside of Greece, while both Gerrard Street East and Broadview Avenue are known as "East Chinatown" with many Asian shops and restaurants to visit.

Taste of the Danforth is one of Toronto’s most anticipated summer festivals, which shouldn’t be a surprise since the greater Toronto area has over 200,000 residents with Greek ancestry, which is the third largest population worldwide outside of Greece. The three nights and two days, the community sees approximately 1.6 million visitors enjoying everything the community has to offer. Third-year Taste of the Danforth veteran Lisa says:

My highlight each year is Von's Doughnuts. They make ice cream sandwiches with fresh doughnuts and Greg's Ice Cream. The creme brulee doughnut with roasted marshmallow ice cream ended the day on a high note! 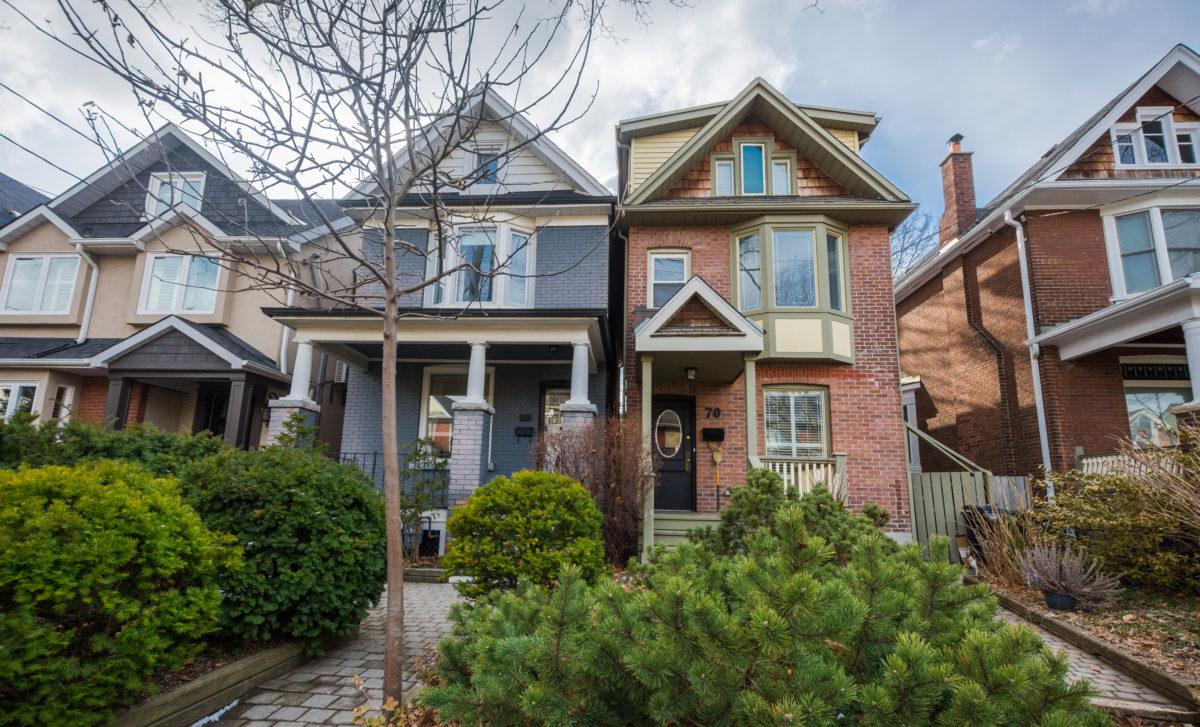 Same-sex wedding history was made on January 14, 2001, in Riverdale, when Reverent Brent Hawkes married two same-sex couples in a wedding with 850 spectators, heavy security, and 60 members of the press. The wedding was able to proceed, despite laws at the time, thanks to a stipulation in the Marriage Act to allow for marriage licenses to be issued if the banns are published on three consecutive Sundays, and should no one raise a valid objection with legal reasons that the marriage should not happen. This fight towards same-sex marriage took place in a Riverdale church and was key in the legalization of same-sex marriage in Canada.

Today we see many rainbow flags displayed proudly in the Riverdale area. With its proximity to the downtown core, it’s no wonder so many people are buying in the area. A 2009 Toronto Star article showcased the most popular neighbourhoods within the local LGBTQ community outside of the village, citing Riverdale, South Riverdale, Leslieville, the Beach and east Danforth as being a favoured choice for lesbian couples. 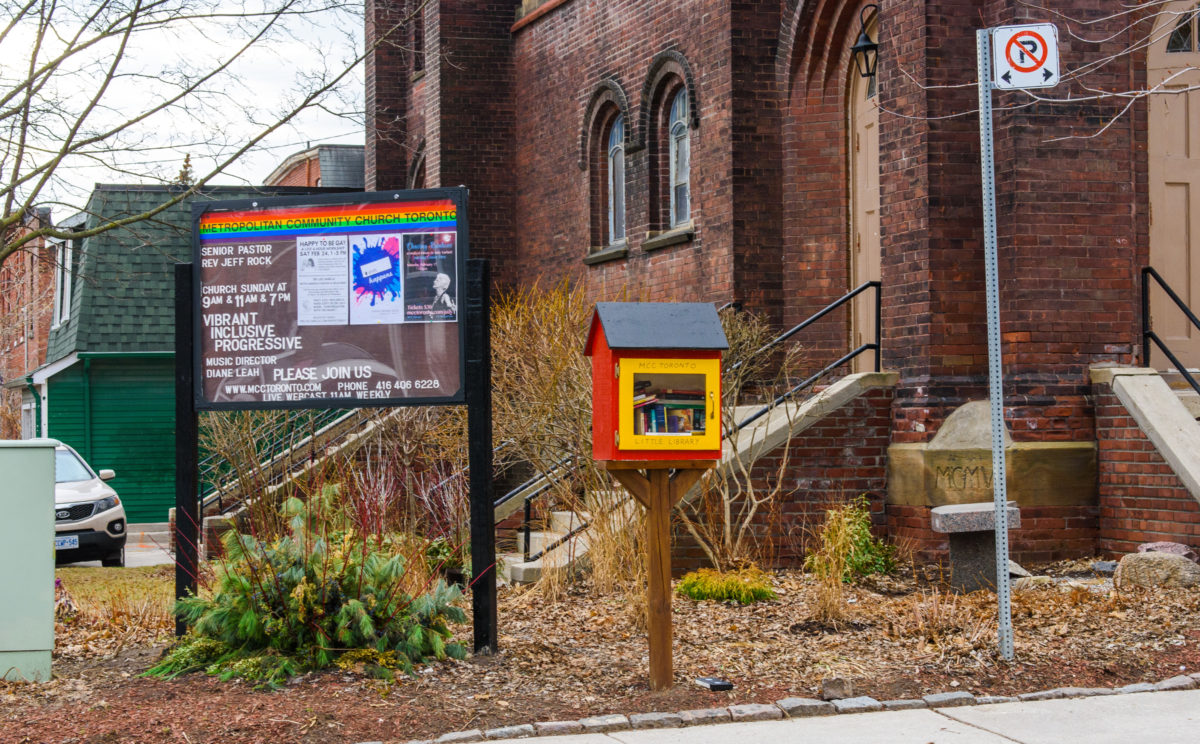 Like the great outdoors, but still want easy, public transit access to your downtown from 9-5? Riverdale boasts three large parks: Riverdale Park, Withrow Park, and Jimmie Simpson Park. All of these parks have a community focus where locals can be found enjoying some time with their kids on a hot day or enjoying the land for swimming in outdoor pools in the summer or tobogganing in the winter. Withrow Park offers a sizable off-leash dog section, baseball diamonds, and an ice rink, while Jimmie Simpson Park has tennis courts and a community centre. And for those who like their sports trivia, Riverside (Riverdale) once housed Sunlight Park, which was the city’s first baseball stadium. 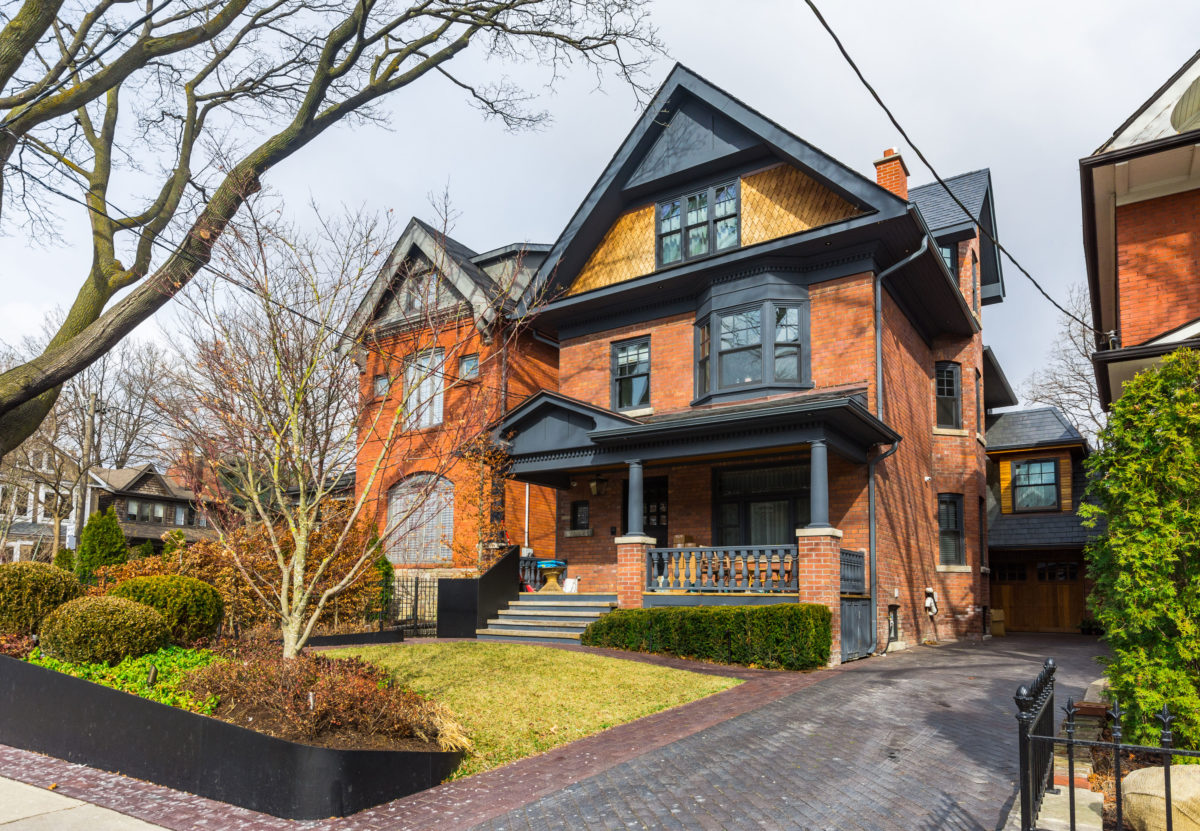 Although starving artists probably can’t afford to live in Riverdale, that doesn’t stop it from being Toronto’s own "Studio District". In the most southern area of south Riverdale industrial warehouses have been converted into production studios and many others make their homes and studios in livable lofts along Carlaw and Queen Street. Spaces like Riverdale Hub offer event space rentals, office space, gardens, permanent galleries, and a café to up your caffeine levels while you work. 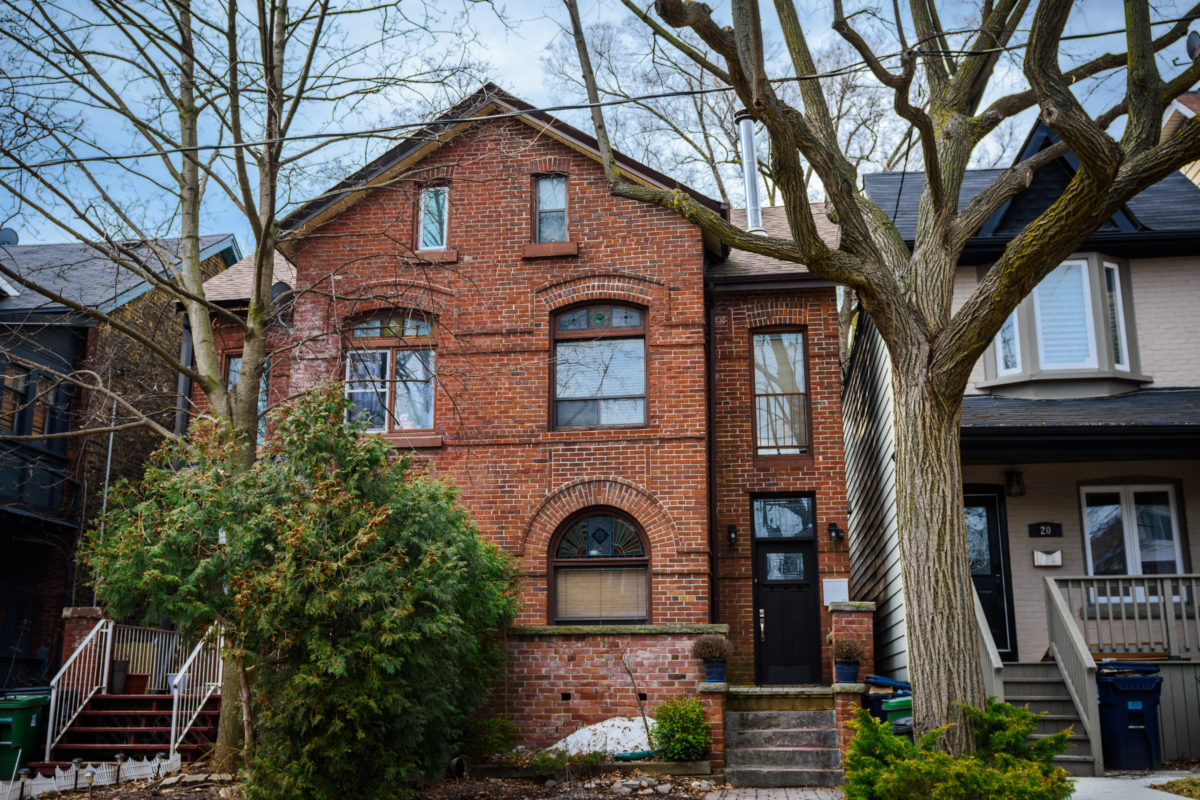 One of the city’s most relaxed and openly gay-friendly pub is conveniently located on the subway line and in Riverdale. The Old Nick has a great brunch, live music, as well as a laid-back vibe and outdoor patio for all to enjoy when the warm weather hits. 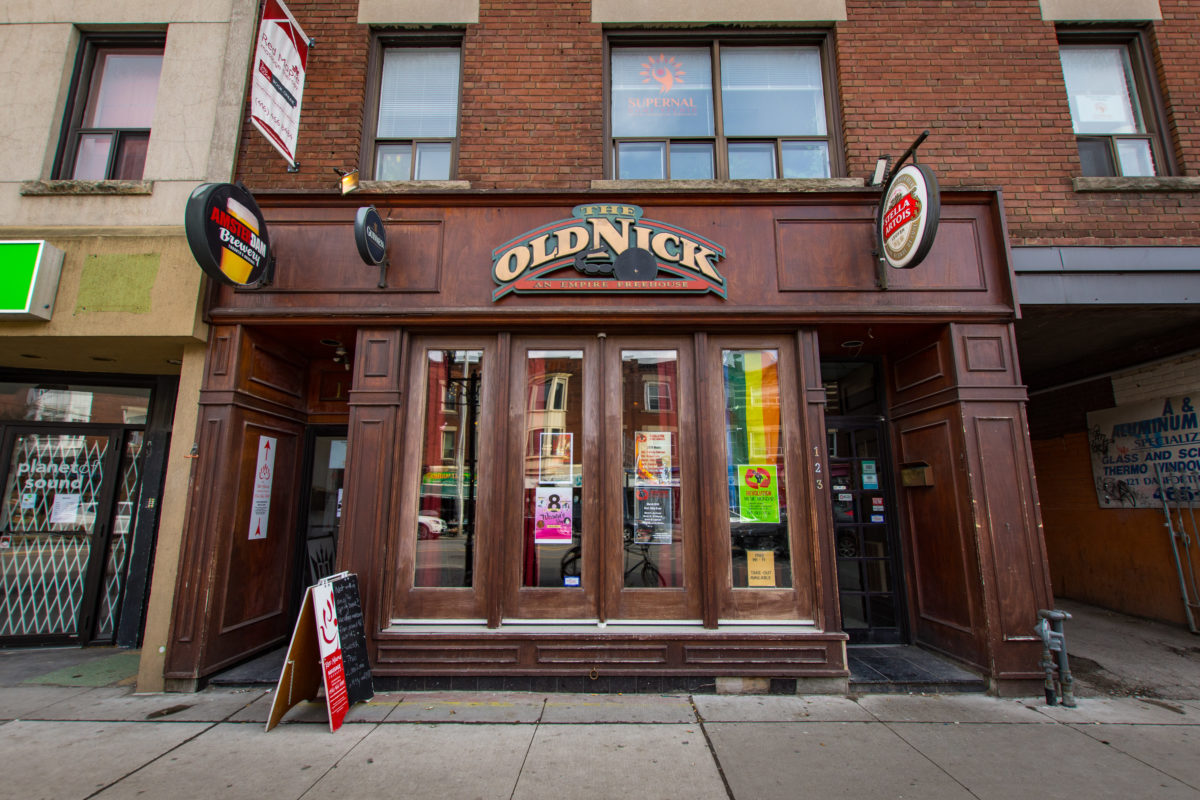 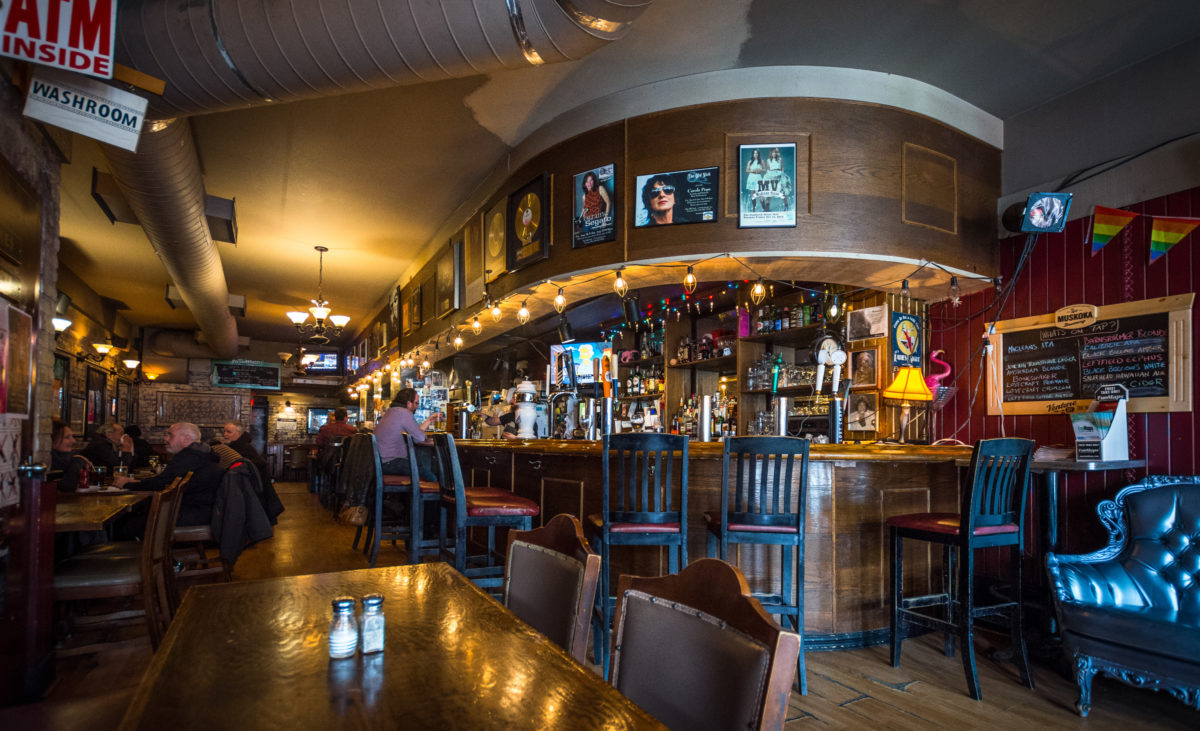 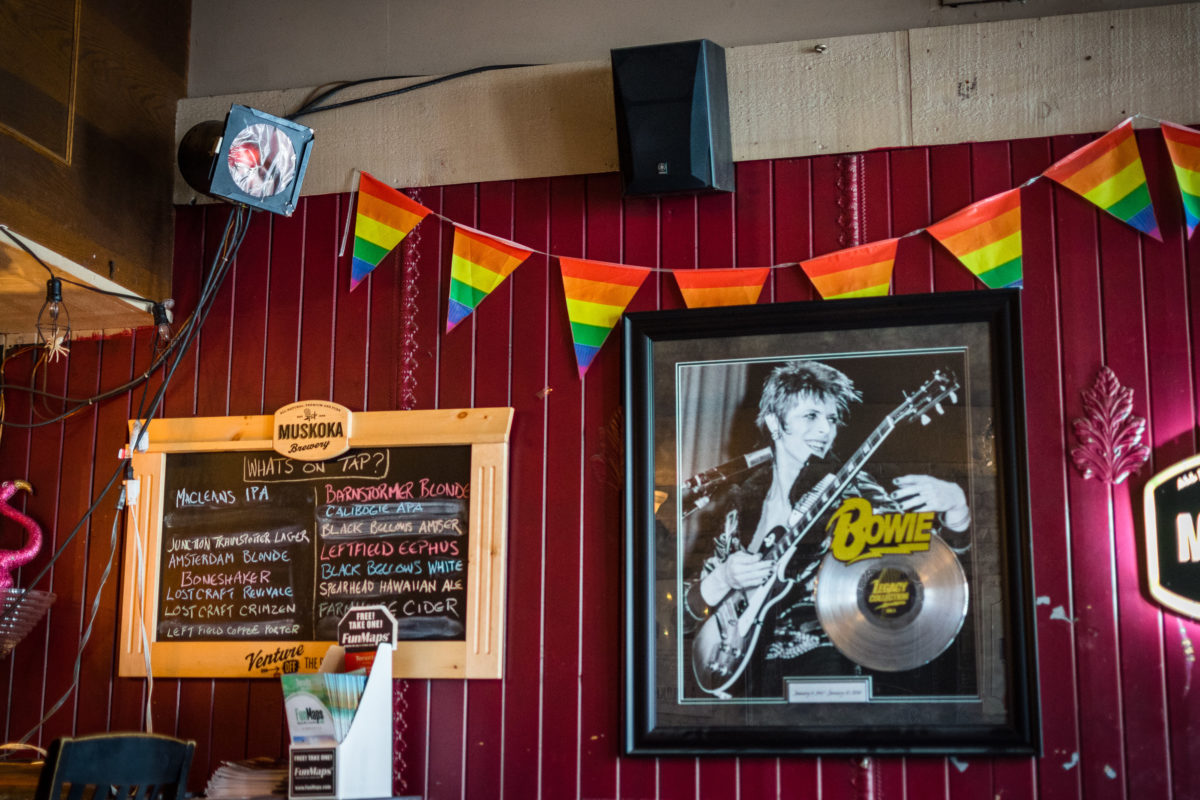 For those who want to try out all of the top choices in Greek cuisine that the neighbourhood has to offer, consider getting your food passport stamped with visits to local restaurants Messini, Pan on the Danforth, Square Boy, Pantheon, or The Greek Grill, and Anestis Taverna.

The pizza definitely compares to what I've tried in Italy, and that's a huge plus. The atmosphere is really upbeat and fun.

For those who want to step up their health game with some tasty organics, consider visiting Whole Foods predecessor The Big Carrot Grocery and Juice Bar Carrot Common to grab some freshly squeezed juice or stock up on all of your superfoods to boost your immune system. 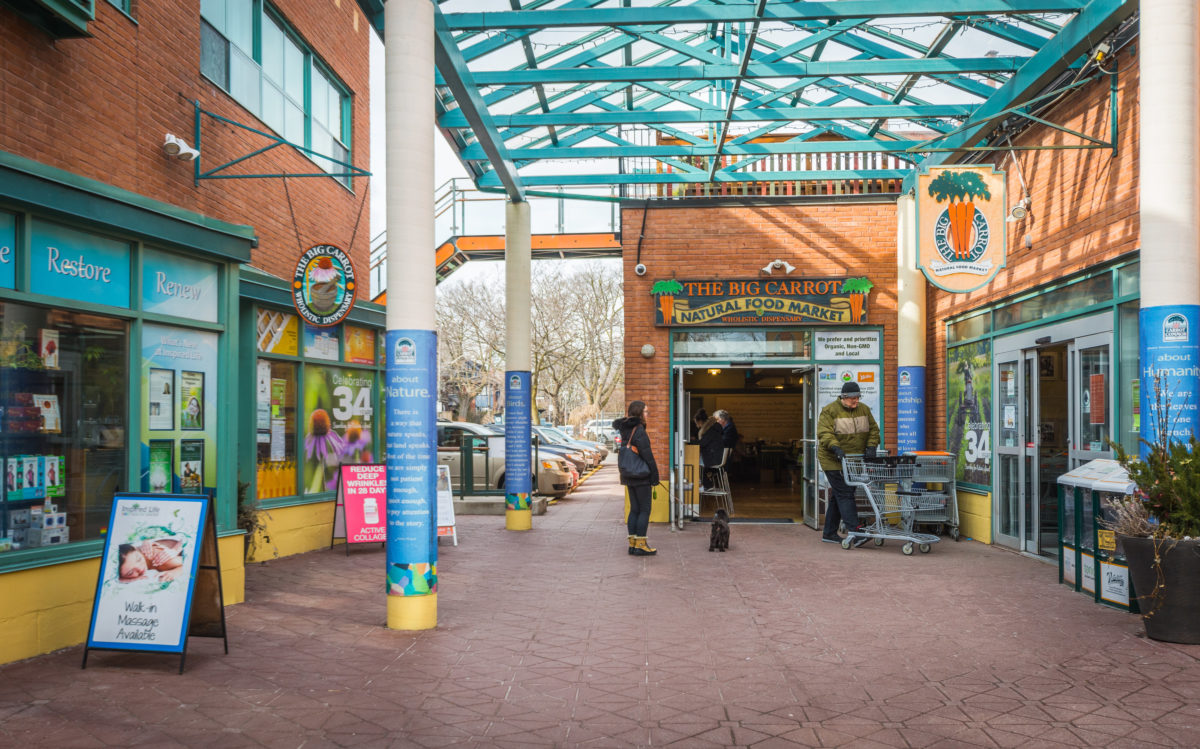 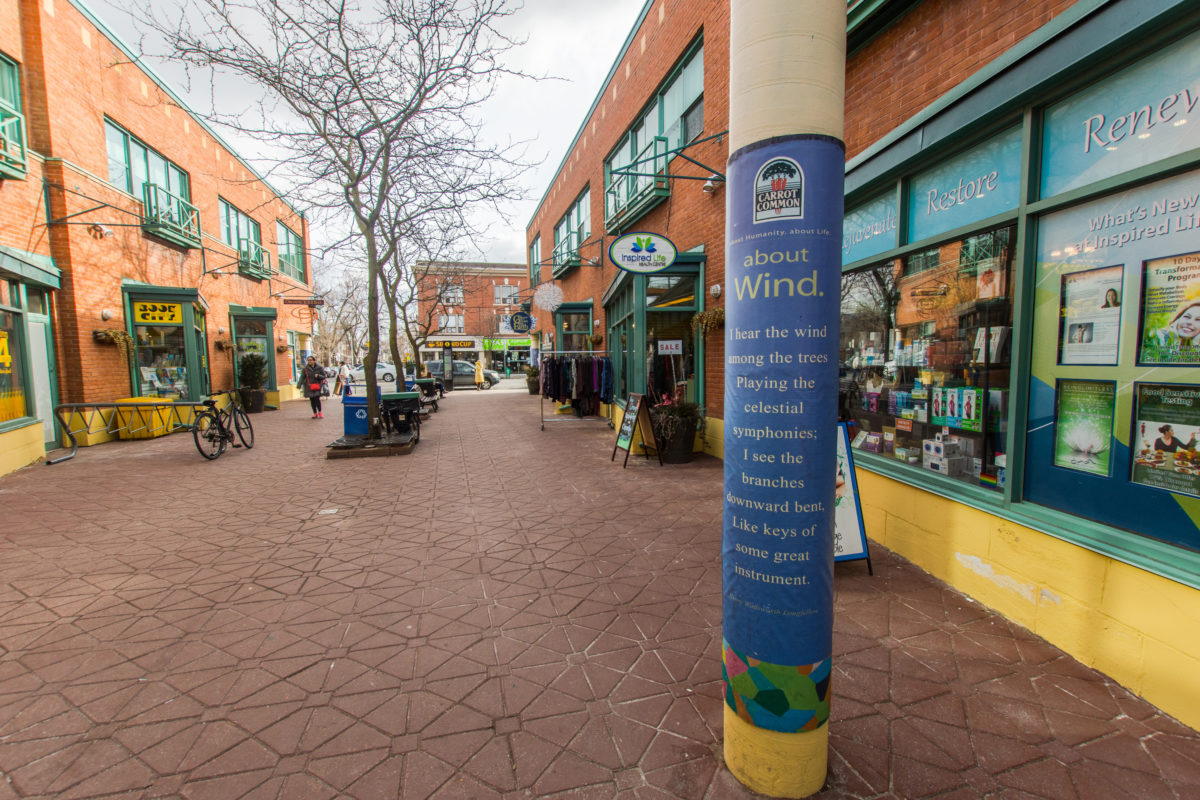 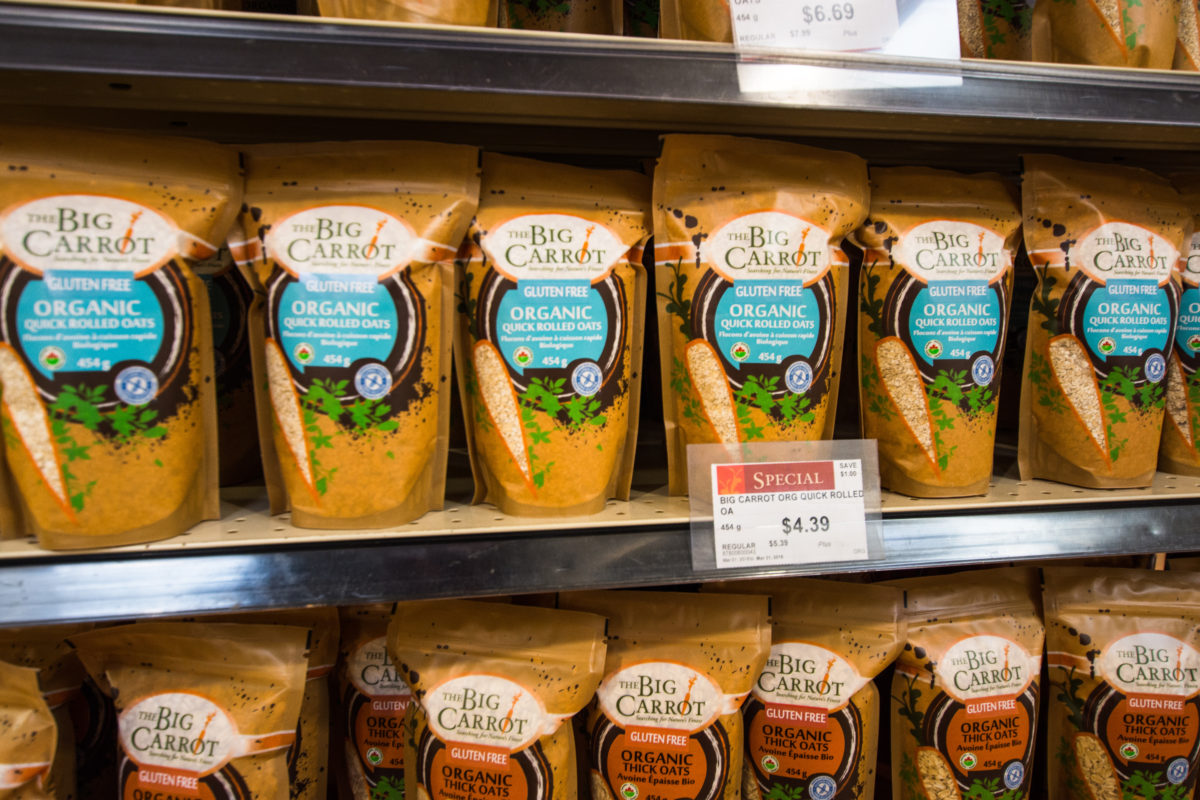 There is no shortage of shopping in Riverdale as many enjoy the historic shopping area of Queen Broadway Village to peruse collectables and antiques. Those looking for a more indoor shopping experience should visit Gerrard Square at Pape Avenue and Gerrard Street with 55 stores to fill your shopping bags. Also, don’t dismiss Greek Town as being a foodie only destination – today there are plenty of fun and funky boutiques and shops to explore on foot!