In a section of the upper Annex called Tarragon Village, this Victorian-style residence was a hot spot during two open houses one weekend. From the crowd of potential buyers, 10 submitted an offer. 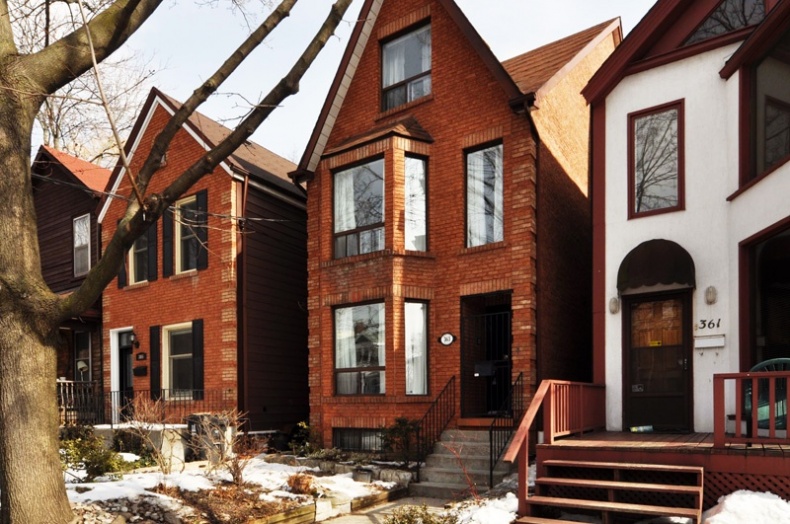 In the 1980s, this three-storey structure was built with a 1,937-square-foot plan with three bedrooms, four bathrooms and several entertaining areas, plus a 719-square-foot basement with a walkup to the yard and a rare detached garage.

Since 2007, the grounds have been professionally landscaped and wood floors and carpets have been installed throughout, plus three out of the four bathrooms have been renovated and the eat-in kitchen revamped with granite countertops, marble floors and stainless steel appliances.

On the main floor, there is an open dining area and a living room with a gas fireplace, sliding deck doors and 17-foot ceilings open to an office on the level above.

The second floor houses a master suite with a three-piece bathroom, while the third floor has two bedrooms.

A guest suite and recreation room fill out the lower level.

"The fact it was three storeys with a double garage – those two things tend to attract more people," says agent Julie Kinnear, who also notes the property is more modern than most. "It has amenities you definitely don't get in an old house."

The appeal of the relatively unknown community – just two streets long – is its sense of camaraderie.

"A lot of kids play together because they have their own little park there," Ms. Kinnear says. "It's like they're own little paradise."

Published in the Globe and Mail, Thursday, June 30