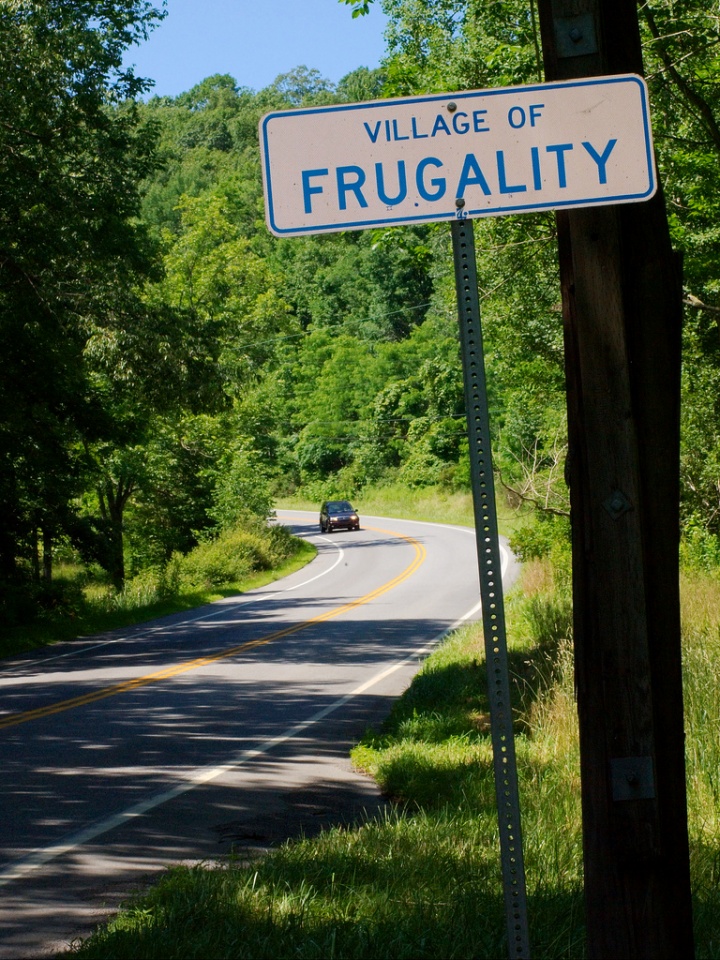 frugal: from Latin frugalis "virtuous, thrifty" 1. Avoiding unnecessary expenditure either of money or of anything else which is to be used or consumed; avoiding waste.

In other words, a frugal lifestyle is one of sparseness and thrift, focusing on getting the most value from your resources. Frugality is avoiding waste and misuse of money, time, food, and really any personal assets. It is the opposite of lavishness and usually aims to achieve a certain goal.

There are various levels of frugality, however, and sometimes what starts as a good idea can go a little overboard.

Pat Veretto is one of the better-known frugal bloggers online and she has taken her love of tea and frugality to the realm of absurdity. Or so we think.

Whenever Pat makes tea from a teabag, she never brews her tea less than twice. This is something many of us do if the herbs and tea are strong enough. Once the contents are finally quite unusable, Pat removes the short piece of string attached to the bag and saves it for later. And if you cannot imagine what one could do with a short piece of string, make sure to listen to Monty Python's Contractual Obligation Album track called String.

But Pat believes that throwing away a stringless teabag is not exactly frugal either. That is why she decided to let each bag dry before she opens it and throws its now-tasteless contents to her compost pile. This way, she can still find use for them. That sounds like a lot of work, but relatively reasonable, especially if you have the environment in mind.

Even still, Pat did not stop at recycling the heck out of just the tea. She decided to reuse the bags themselves. Now, she mostly buys loose tea or uses her own garden produce and puts it into the dried-up empty teabags for brewing. She is worried that she has to use new staples each time she refills her teabags with another dose, but maybe you can help her out with ideas…

You have certainly heard about coupons that can save you money on specific items in your local shop (or online). While you may occasionally make use of a coupon if a thing you wanted to buy is currently on sale, there are people who take couponing extremely seriously. 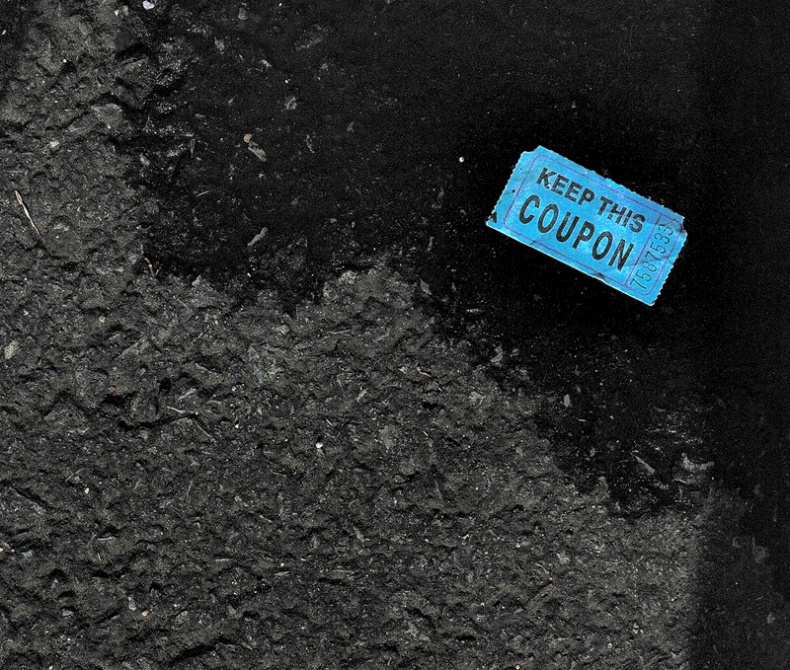 One of the best couponing resources online is Fabulessly Frugal. This information-packed blog is run by two friends, Cathy and Monica, and is absolutely stuffed with every imaginable way to save money while shopping for food and useful items for one's household. There is up-to-date price information, ways to add up and combine various coupons and discounts, and tips to keep your spending in check.

Fabulessly Frugal, along with a few similar well-informed blogs, turns the occasional couponing into serious business — even a sport for some.

Some may view couponing as a time-intensive activity that brings dubious results to one's wallet. Note, however, that the biggest benefit of discount-shopping is not immediately obvious — it is the fact that buying items of which a seller is overstocked or which are approaching their expiration date reduces the total amount of waste produced by sheer consumerism. These items are usually in perfectly good shape, but the seller needs to draw attention to them. For this, couponing is a great tool.

Next time you go to a grocery store, try to grab a can of food that is discounted only because it has been dented during transportation. You will save money and you will help save the environment twice: firstly, by reducing the amount of waste, and secondly, by preventing the necessity to produce another can of food that would replace the one you forwent.

Every Million Consists of Cents 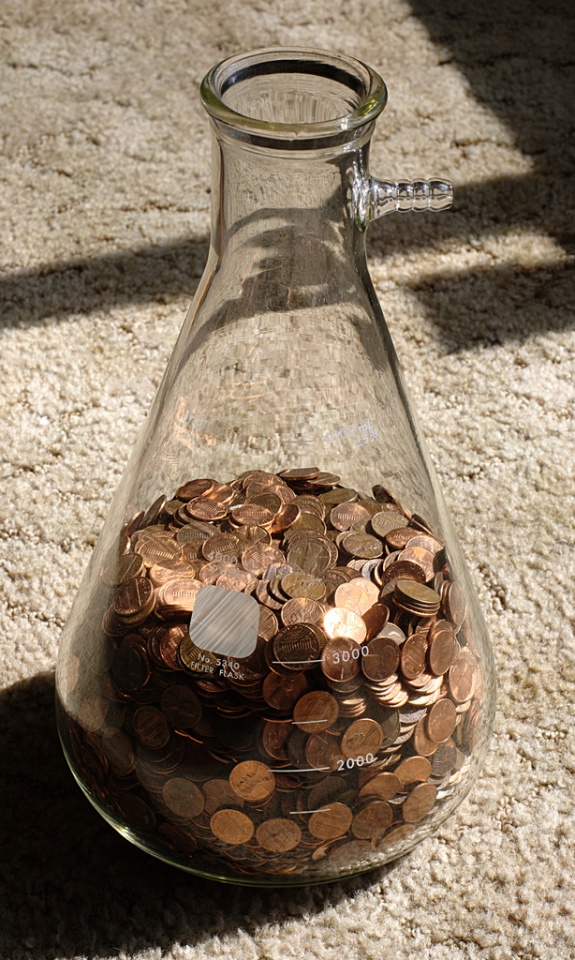 Luke Sidewalker, as he calls himself, is a very different kind of "frugalite." He collects change that he finds on the sidewalks and in the parks of U.S. cities. He keeps track of all the money that he finds and he even marks his finds on a map. Whenever Luke finds cash, he makes a blog post summarizing his side-walking statistics and comments on economic events that took place at the time. Luke aims to amass $1 million this way.

As of May 2011, Luke had found $27.18 some three years into his grand endeavour. This averages to a little over 2 cents per day. At this rate, we can expect Luke to meet his target in about 126,000 years. We hope that this is not Luke's main source of income, especially considering the fact that he has a family with two children. Well, try as he might, I know I am not going to wait around while he works on this…

Walking on the Edge

While the previous examples may seem odd and a little over the top, they are still within the boundaries of good manners and law. In the pursuit of savings, however, some "frugalites" go as far as undertaking adventures that enter the grey area of legality or good practice and safety.

Let's Be Frugal is an old blog that has a very frugal layout and content. Nevertheless, it brings a few interesting tips that might save you money. In one instance, it claims that you should try to connect to your neighbours' wireless internet if their connection is indeed open and unsecured. While this technique may save you a few bucks a month, it will be unreliable (the neighbour will unplug the router or the signal will not work in half of your home) and you will be parasitizing on somebody else's lack of technical skill.

We suggest if you live in a row house or a condominium building that you make a deal with one of your neighbours to share the internet bill, secure the connection, and share the password. Surely, any kind of speedy internet connection will be reasonably fast to cater to the needs of both of you at the same time, and sharing the cost will save both of you money as well. Plus, chances are that you will both have good wireless signal if your homes are close to each other. Best of all, this solution will be both moral and legal. 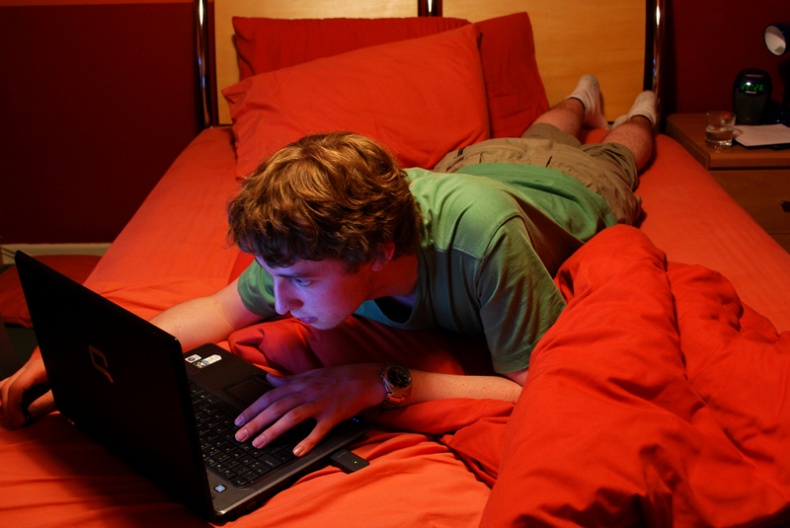 Some blogs also suggest tricks such as wrapping your water boiler into various kinds of insulation materials to improve its efficiency. While this suggestion sounds reasonable, it is important to note that the manufacturer of the boiler probably knows a thing or two about insulation, so consider every such intervention carefully because you do not want to cause your boiler room to light up due to lack of ventilation or heat dissipation.

Instead, insulate as much of the hot- and cold-water distribution pipes to preserve water temperature throughout your plumbing. This has much better potential for energy savings than dressing up your boiler.

Similarly, some people decide to remove the covers from their interior lamps to allow the bare bulbs to shine brighter. This may be great in some rooms or areas, but an open lamp often exposes naked metallic surfaces that are part of the electrical circuitry or the bulbs themselves. Touch those with your hand while the light is on and you are in for a lot of trouble.

Oh, and another twisted idea is to wear sandals as often as the days are warm. This otherwise relatively sane idea becomes less so with the reasoning: fewer socks worn save on laundry costs and slow down the socks' own wear and tear. Funny, I never considered socks a major laundry item in the first place… 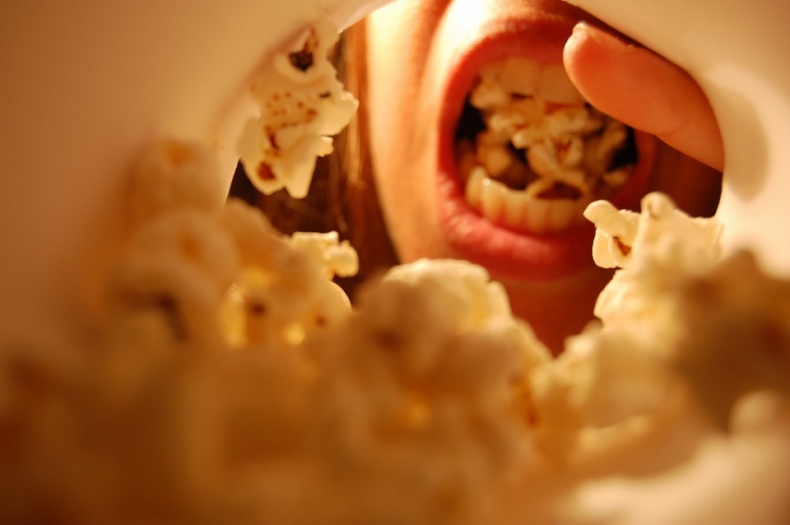 Whereas many may consider sharing one's neighbour's wireless internet without notifying them a gray area, there are some behaviours that are completely out of the question.

Andy, the primary figure behind Tight Fisted Miser, explains in one of his blog posts how some people engage in cheating just to save a few bucks. In his experience, he has seen cinema-goers remove used popcorn buckets and drink cups from the trash cans around the cinema. They would proceed to clean the containers in the bathroom and then ask for a refill at the concession stand. Not to mention the health risks accompanying such conduct, this is a plain example of stealing from the concession stand.

Similarly, Andy noted how some viewers sneaked from one screen to another through the side doors, indulging in films that they did not pay for. This is also not frugal, but rather unlawful behaviour that could earn you a fine or a ban from the cinema in question.

Let us know about the funniest or weirdest frugal ideas that you have come across in your life in the comments, please!