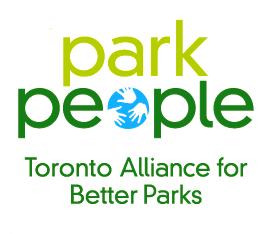 Park People is the city park voice for better parks in Toronto. Founded early in 2011, its mission is to preserve, update, and augment recreational areas in the City of Toronto, which include more than 1,600 parks and natural spaces. The first organization of its kind in Canada, it acts as a watchdog on issues affecting parks and highlights the importance of good parks to the overall well-being of all residents of the city. "We regard community organizing as our civic responsibility and at the same time believe that acting as a group can help us make every single park a better place," said Dave Harvey, Executive Director of the organization, who started the interview off.

From its beginning as a project of Tides Canada Initiative Society, a registered Canadian charity, Park People has continued to evolve, helping the City to facilitate neighbourhood engagement in local parks, providing resources and information for local park citizens on best practices, building a network of local community park groups, and bringing public attention to issues affecting parks by mobilizing all those who care about parks to address the challenges now and work cooperatively together to make the parks the best they can possibly be. Supported by key partners including TD Bank, the Metcalf Foundation, the Ontario Trillium Foundation, Live Green Toronto, and other foundations as well as corporate and individual donors, they seek new ways to highlight the importance of good parks to the social, physical, environmental, and economic life of all residents of Toronto and deliver maintenance services more efficiently. 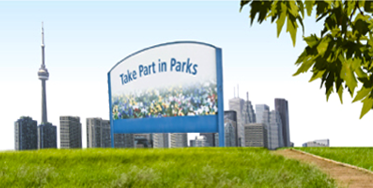 "Some people say that there are too many parks in Toronto. Of course, if you consider every bit of grass, a tree and two or three benches a park, is might look like there are many of them. However, we are trying to change the perception of Toronto's parks. What we are trying to do is transform parks into vital community centres by engaging the whole community with them. We want to give anyone a chance to input into what happens in the park. Whether people want recreation programs, picnics, playgrounds, or a cricket pitch, they can have it all. All they have to do is get involved somehow. People can organize events. They can assist with fund raising or a variety of other events," Mr. Harvey adds.

A year ago, there were forty local park groups across the City of Toronto. Since then, the organization has helped create ten more, and there are a number of other ones that Park People has been cooperating with to help them get going. Helping to establish new parks and trying to raise the profile of the importance of parks across the city are just some of Park People's activities. Together with communities, park staff, and private enterprises, it also organizes educational activities and hosts events such as Park Summit or Park Talks series every couple of months, where people can learn about what's going on in different parks across the city and the challenges, opportunities, and the good things the organization has done in the park. Park People has recently put out a guidebook to assist people who are starting a new Friends of the Park Group or hoping to improve an existing one. Even though its leaders do not intend to broaden their work beyond the City of Toronto, they offer this guide as an inspiration for other cities across the country.

How Can People Get Involved with Park People? 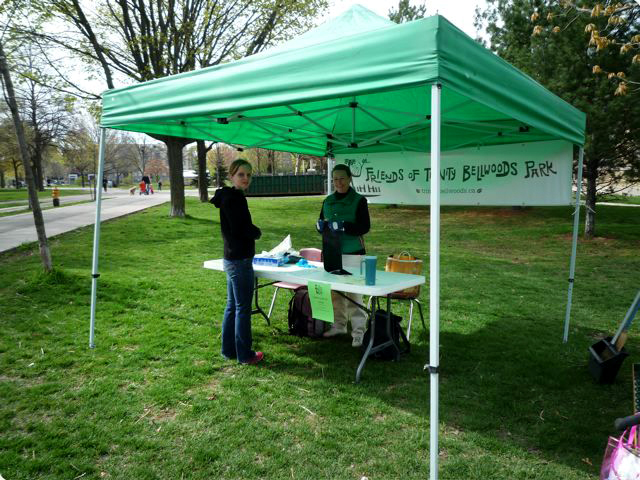 The organization has only two paid staff: Dave Harvey, the founder and Executive Director, and Anna Hill, the outreach coordinator. However, since its core focus is on the local "friends of groups," Park People works with hundreds of parks activists throughout the City of Toronto to build active, aware, and educated park constituents who transform parks into vital community centres. Volunteers demonstrate their positive spirit as they work together to make Toronto a city for all to enjoy. New volunteers are always welcome to get involved in the conversation and the work that benefits everyone who lives or works in the city. These people help with organizing events, writing materials, doing the research, or attending meetings. Anyone with the same interest in parks can get involved or make a charitable donation at parkpeople.ca or send a cheque made out to "Tides Canada Initiatives – Toronto Park People" to the following address: Toronto Park People, 401 Richmond Street West, Suite 119 Toronto, ON M5V 3A8.

Why Are Parks So Important?

Dave Harvey believes that City parks offer countless benefits to residents fortunate enough to have them in their neighbourhoods. He explains, "Parks and green spaces in the city that can bring community together; it's a real opportunity to meet your neighbours, fellow dog-walkers or joggers, people walking their kids in the playground, or doing recreational things, enjoying a picnic, etc. However, it can also bring economical opportunities to the city since many parks attract cafés, restaurants, and businesses. Moreover, it is scientifically proven that getting into a natural area and getting away from the hustle and bustle of city life for some time is good for both our mental and physical health."

It Is Not All About Money 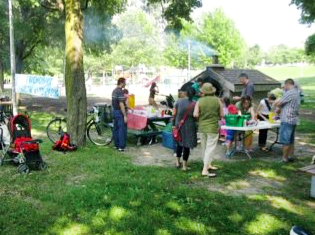 Since we're in the middle of an economic crisis, there seems to be not enough money for anything. City operating funds do not cover the costs of ongoing maintenance needed and parks therefore suffer. Park People understands that it's necessary to find additional resources in to keep parks clean, safe, and functioning adequately to meet community needs. However, they know how important a wealth of community energy, new ideas, and support from people are. The best way to make up for those shortcomings is therefore by the community stepping up. The best parks do not necessarily have to be those closest to the richest communities or the ones with the largest amount of fund raising. It is the number of volunteers, workers involved in the park, and activities that matters. From litter removal, recycling, and tree and garden planting to organizing special events, volunteers promote their community pride in the most efficient way.