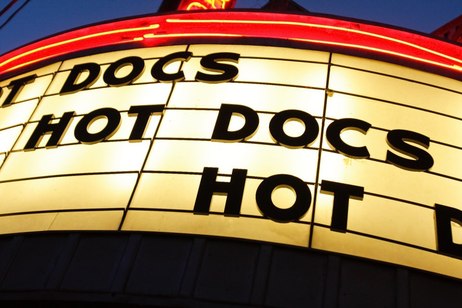 One of the most enduring stories of human history is the little guy going up against the boss, whether it's David and Goliath; the French Revolution; the Civil Rights movement; or mom-and-pop stores versus corporations. We got a shocking taste of that three years ago, during the protests against the G20 summit. Who can forget the street shutdowns, the burning police cruisers, and the lines of suited police officers with shields and gas masks? It set the scene for over a thousand mass arrests, and a messy aftermath of investigations and charges.

Three years later, the aftershock can still be felt. This month, three lawsuits against the police's use of force were finally settled out of court for undisclosed amounts. While the settlement closes this chapter of the people versus the state in Toronto, similar battles wage on in other parts of the world, a theme that underpins several documentaries at this year's Hot Docs festival, running April 25 to May 5.

Running for its 20th year, North America's largest documentary festival is screening over 180 films that deal with a myriad of topics, from environmentalism, poverty, health, to media, LGBT issues, religion, and many more. With the shadow of the G20 protests still looming over the host city, here's a timely look at the docs that tell real-life stories of activism and politics. 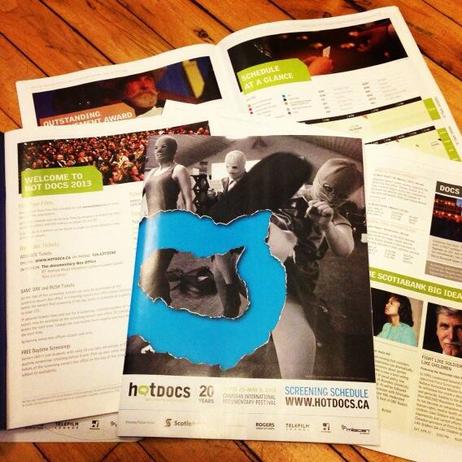 Pussy Riot: a Punk Prayer
One of the biggest protest stories of 2012, the Russian feminist punk group Pussy Riot grabbed international headlines, first by their performance video against Vladimir Putin's re-election and his perceived collusion with the Russian Orthodox Church, then by their subsequent two-year prison sentence. This documentary takes a look at the group's vision and values, the staging of their performances, the Russian Orthodox community, and the controversial trial, with footage from court proceedings and interviews with family members of the collective.

The Convict Patient
Mexico City, October 2, 1968. Hundreds of protesters demonstrating against president Gustavo Diaz Ordaz's authoritarian rule were fired upon, the bloodbath initiated by presidential guard snipers. Seeking vengeance, Carlos Castaneda de la Fuente tried to assassinate the president after the incident, but was arrested, declared insane, and locked up for 40 years. Now free, homeless, and mentally ill, the documentary follows this man's horrific ordeal, detailing the extreme punishment he suffered under one of the most oppressive regimes in contemporary history.

Winter, Go Away!
Another doc tied to Putin's re-election, here 10 directors present Russia as a country sharply divided in half, the Putin lovers versus the haters. Covering protest demonstrations, party meetings, campaigning, and the election over two months, this collage of journalism and documentary filmmaking focuses on everyday individuals caught in a revolution ignored by mainstream media.

Let the Fire Burn
The police squares off against radical black liberation group MOVE in 1985 Philadelphia, and the tense situation climaxes into a catastrophe: two pounds of military explosives dropped onto the communal row house that served as MOVE headquarters, authorized by the mayor and the police. Firefighters were ordered to stand by and "let the fire burn" as the blaze killed six adults and five children. Director Jason Osder weaves an arresting, tragic, and unsetting document from archival footage of live news and public hearings that reminds us how fear and intolerance can lead to terrifying lethal violence.

Occupy: the Movie
Surely one of the biggest and most visible social movements of recent times, the Occupy movement charged into public consciousness via the Wall Street protest in 2011, and quickly gained momentum internationally, with camps taking place in close to 100 cities. Incited by the subprime mortgage crisis and resulting bank bailout, as well as the Arab Spring and other social and financial inequalities happening around the world, the movement claimed to represent the 99% of the population who were underpaid, marginalized, and deceived by the elite. Via interviews with key organizers and intellectuals of Occupy, this documentary feature by Corey Ogilvie tracks the roots, the rise, the fall, and the future of this wide-ranging but self-sabotaging movement.