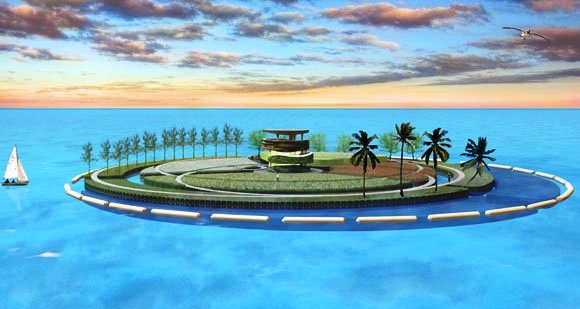 It's great when someone takes something ordinary and turns it into something extraordinary — but when someone finds a way to turn waste into something useful again, it's truly amazing. So, consider this idea: let's take all the plastic waste floating around in the Pacific Ocean and build a fully habitable, sustainable island from it! Sound crazy? Believe it or not, the project called Recycled Island is very real — at least on paper.

What is it about? 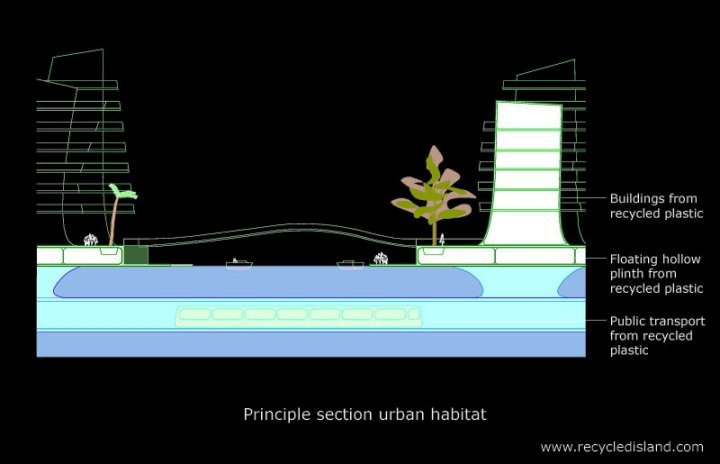 Recycled island is a research project conducted by WHIM architecture, an international architecture company from Rotterdam, Netherlands. The project aims to find a way to build a habitable, floating island in the Pacific Ocean out of all the plastic waste floating around in the water.

The general idea is to recycle the plastic waste on the spot and to recycle it into a floating entity. The new land should be positioned in the heart of the Oceans current, the North Pacific Gyre – somewhere between the Hawaii islands and San Francisco. 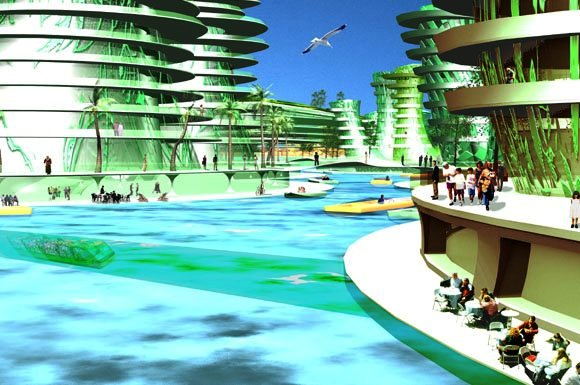 In the beginning, builders will have to collect and clean a huge amount of plastic. The waste will be recycled and reformed into floating platforms that will form an island of approximately 10,000 square kilometres (depending on the amount of waste that can be obtained from the water and recycled). At the end of the process, the island should contain not just beautiful beaches and urban habitat, but it should also provide conditions for agriculture and seaweed cultivation. The island is designed as a fully green, self-sufficient, and ecological environment. 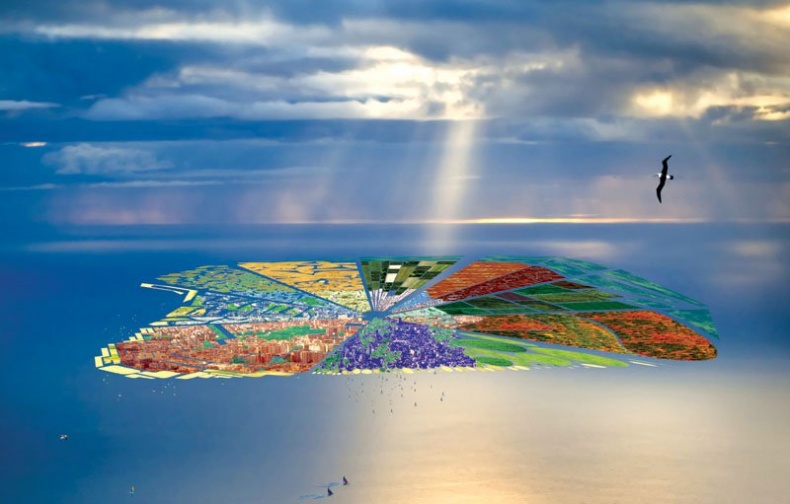 This will not only rid our oceans of a huge amount of plastic waste — creating new land and constructing a sustainable habitat is also one of the main goals of the project. Within the next 30 years, approximately 200 million people may become climate refugees, according to Greenpeace. Drought, melting ice landscapes, and flooding are the main causes that force people to leave their homes. That's why finding a way to create a brand new, sustainable habitat is so important.

If you're eager to find out more, you can check out the project's official website.

While WHIM's project sounds a bit unbelievable and almost impossible, there were already some more humble but successful attempts to create an island from waste in the past. 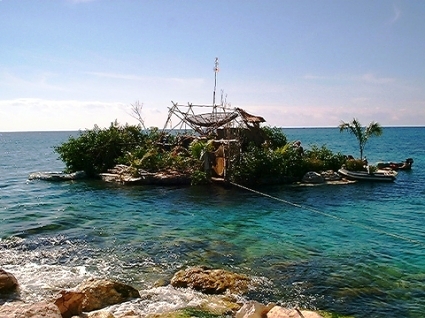 Spiral Island I in 2000
by Wikimedia Commons

Richart Sowa, a British artist, musician, and environmentalist, has already succeeded in building two artificial islands known as Spiral Islands I and II. The first island was located in a lagoon near Puerto Aventuras, in the Cancun region of Mexico. Sowa began the construction in 1998, using approximately 250,000 empty plastic bottles to support a structure of plywood and bamboo, on which he poured sand and planted many plants. There was a two-story house on the island, along with a solar oven, a self-composting toilet, and three beaches. The size of the island was 20×16m. Mangroves — some of them more than 4.5 metres tall — were grown on the island as well. Their main purpose was to help keep the island cool.

Unfortunately, the first island was completely destroyed by Hurricane Emily in 2005. Despite the tragedy, Sowa didn't give up on the idea, and he built another island in the waters of Isla Mujeres (The Island of Women), not far from the location of the original island. The construction began in late 2007, and since August 2008, Spiral Island II has been opened for tours.

The second island is about 20 metres in diameter and was built from about 100,000 bottles. It has beaches, a house, two ponds, a solar-powered waterfall and river, solar panels, and mangroves. With help from volunteers, Sowa continues to make improvements to the island to this day. 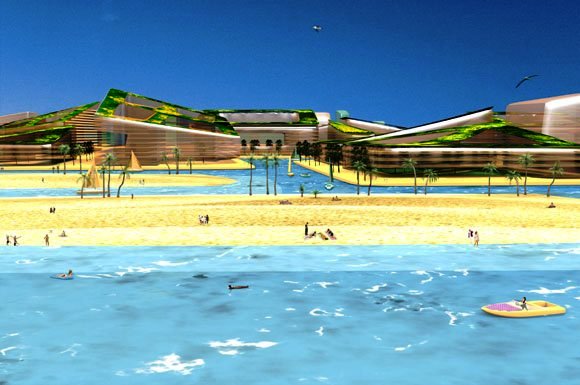 It is clear that WHIM's idea of Recycled Island would be enormously expensive and very difficult to achieve. On the other hand, Sowa's Spiral Island has already proven that such a concept isn't totally impossible. In any case, it is questionable whether this concept can be implemented at such a great scale.

Ocean pollution and climate changes are problems that are both very real. Though they may not seem too pressing, climate change is already affecting the planet, so it may be prudent to consider preventing future damage. So, what do you think? Will people be able to live on artificial islands made of plastic waste any time soon? Will the oceans become free of all our waste once again, or is it just an environmentalist's dream?

All photos courtesy of Recycled Island.