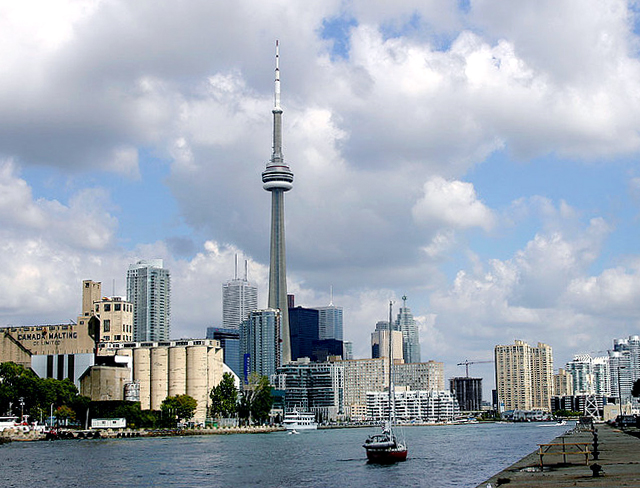 If you dabble in property market trends, I'm sure you'll understand the notion that 'the Canadian real estate market' is a rather vague term. Granted there are macro factors that affect all regions equally, but regional markets vary widely in terms of their fundamentals and, by extension, their vulnerability to a price correction. Thus, the oft-repeated axiom in real estate is, "Location, location, location." Although Canada's high-flying housing market continues to stabilize, two cities are glaring exceptions. With their most risky property markets, Toronto and Vancouver lag behind the rest of Canada. If you're wondering why, go on reading my article.

Toronto accounts for about one fifth of the whole housing market in Canada. As there are more condos under construction in Toronto than anywhere else in North America, the fevered pace of building in Toronto is fuelling fears that the condo market is dangerously close to overheating. In this chart, condos are represented by the "multiples" category. There are currently 53,000 residential dwelling units under construction in Toronto, and an estimated 48,000 of them are condos. Research firm Urbanation has reported that there were 338 active condo projects in Toronto in the first quarter, a record high. Even though more than 6,000 newly built condos were sold, the average number of sales per project was down, as builders unveil more new projects every week. The firm has identified the rising amount of unsold condo units as a factor that could derail the market. With this much inventory in the pipelines, strong demand for new units is essential to absorb this inventory without adversely affecting prices.

However, the majority of new condo units are currently being purchased by investors and not end users. As John Andrew, a real estate professor at Queen's University, points out, people are pretty quick to dump an investment property when things get ugly. Worse, the latest media outlets, including the Financial Post, picked up and ran with a research note from Scotia Capital citing statistics that said up to 25 per cent of condos in Toronto remain empty after being sold. The note referred to the phenomenon as creating a "ghost city." This is quite alarming because many new condo units in the GTA do not generate enough rental income to cover ownership costs for investors, meaning they are cash-flow negative. Nevertheless, condo developers appear to be rushing to sell and build units before interest rates start to climb, and the market crashes.

"It definitely is a very overheated market," said Dina Cover, an economist at Toronto-Dominion Bank. "Right now, developers are continuing to build, so there must be some demand there. But overall, if starts keep going like this and demand slumps, then we will have a bigger problem," she added. 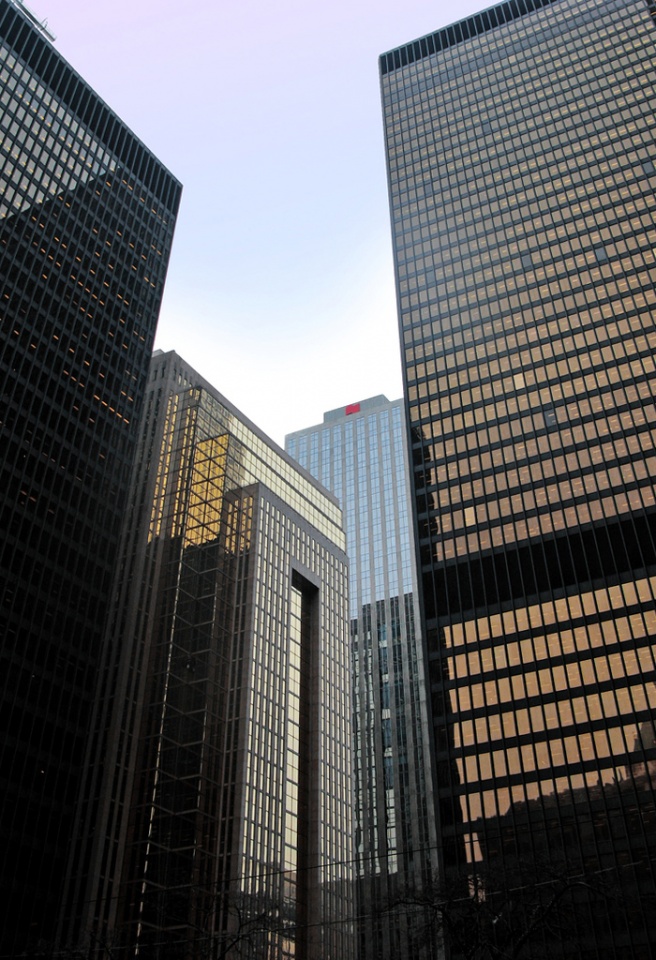 Craig Alexander, chief economist at TD Bank, is so fascinated by the frenzy of condominium construction that he counts the number of projects as he drives through Toronto. "I would feel a lot better if I were counting half as many cranes," he says. Even Montreal developer Michael Dickey worries about Toronto. "In Toronto, you're getting an oversupply," he remarked on the city's housing market trends, adding that there is a danger the banks will start backing off on financing new deals. Finance Minister Jim Flaherty is another worrier. "I do worry about the last person buying a condo in Toronto, and people getting caught." He characterized the pace of condo construction as "remarkable."

Optimistic economists and investors see the situation more brightly. The Canada Mortgage and Housing Corp. has said in its annual report that it does not see signs of overheating yet in any of Canada's cities.

"Clear evidence of a bubble is lacking… [we] continue to monitor very closely housing prices and underlying factors such as demographic and economic fundamentals and financial conditions across all major urban centres, including condominium markets."

Stefane Marion, chief economist at the National Bank, points out that the group aged 20 to 44, the prime source of new housing demand, is growing faster in Canada than any other large industrialized nation. Needless to say, the group is chiefly after condominiums, causing construction of single homes to be at all-time lows. Twelve years ago, most of the new housing in Toronto was low-rise homes. Now most of it is high-rise towers. 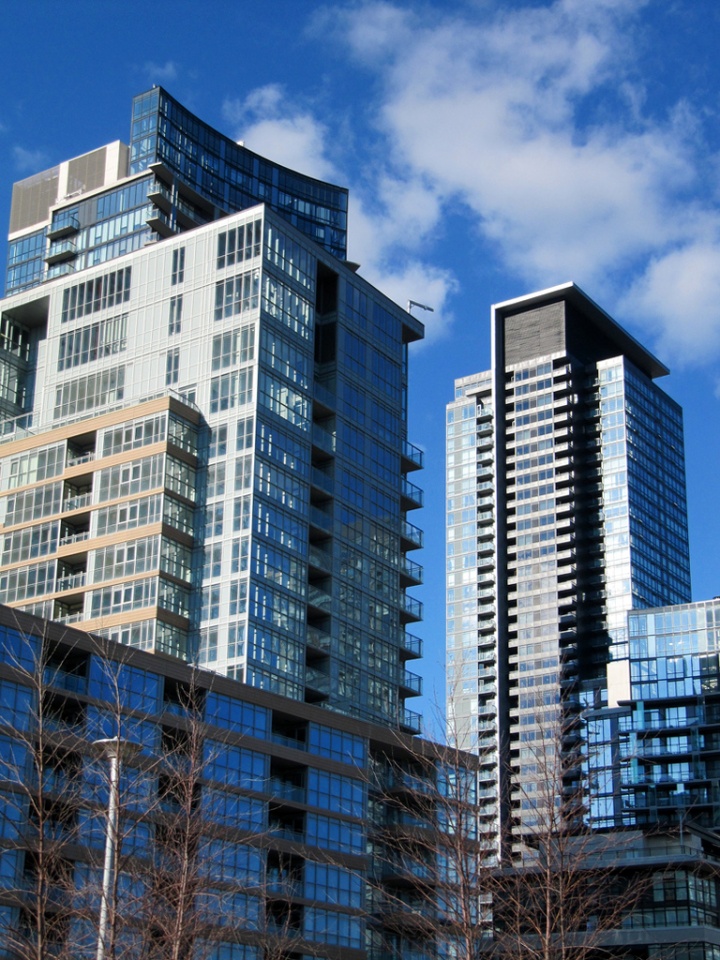 Mr. Diamond, the chief executive officer of real estate developer Diamondcorp, believes that what is occurring is a necessary switch from building outward to building upward.

"We're not supplying too many units, we're supplying them in a different form," he said in an interview. Immigration trends suggest that the Toronto census metropolitan area will need between 42,500 and 52,000 new dwellings a year. Only 28,500 were delivered last year, Mr. Diamond noted. His conviction is firm. "Toronto has a great, great future. Unless something that emerges that's going to throw this city completely off base, we have a lot of confidence."

Nancy Taza, a sales representative at a brokerage office in one of the CityPlace condo complexes in downtown Toronto, who has a direct stake in the market, also isn't worried. "Are there a lot of buildings going up? Yes. But, I really don't worry about the market and my investments [three condos], because I see the demand every day and it's so strong — especially in CityPlace where things are still developing and the area is growing." This doesn't sound bad at all.

The TD Bank report of March flagged Vancouver as the market with the greatest risk of a housing price correction because of an influx of foreign buyers, likely in the order of 10 to 15 per cent. Fortunately, newer figures from the Canadian Real Estate Association show a significant drop of 3.1 per cent in Canada's most densely populated and third most populous metropolitan area. Building permits in Vancouver have dipped as well, if only a little, which could point to a slower pace of building and a lower number of dwelling starts. 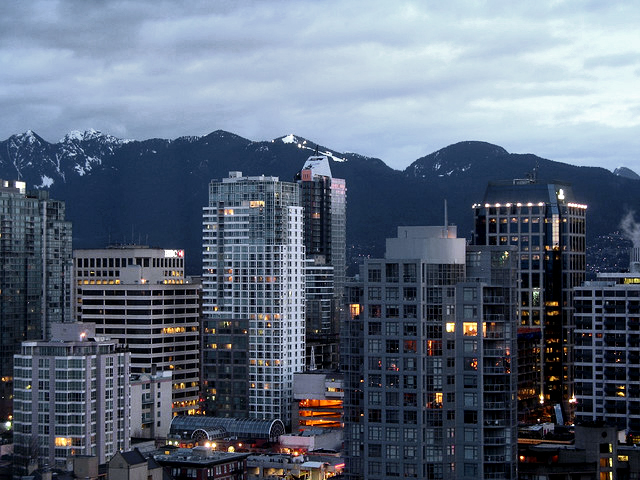 Vancouver by Tim in Sydney

On the other hand, the incredible disconnect that currently exists between resale prices and fundamentals such as rents, incomes, and inflation-adjusted house prices is worrisome. When rent rates increase much slower than resale prices, it can be a symptom of abundant and cheap credit driving prices to irrational levels. The gap between house prices and fundamentals also reveals that this market is not driven by population density and a lack of available land. Otherwise, we would expect that increased demand for dwellings would apply to both houses and rental stock. This has simply not been the case. In addition, active listings are near all-time highs for this month, sales are at decade lows, and prices are now falling on a year-over-year basis. The resale market in Vancouver may be running out of steam.

Which one is more afflicted? Hard to decide. The media understandably emphasize Toronto's condition, since its market is the vastest. To ease worries over the housing boom, the best solution to the city's economic gloom would be some moderating in housing starts. Regarding Vancouver, where there's insufficient demand, the solution is more complex. As TD Bank warned in its recent report, overvalued housing markets in several Canadian cities and high household debt poses a "clear and present danger" to Canada's economy. The government should introduce measures to keep personal debt levels from rising further. The bottom line is that nowadays housing markets in both cities are highly unpredictable and new buyers contemplating jumping into home ownership in these riskiest markets should think twice.