This north-south neighbourhood strip in Toronto's West End was the landing point for many Polish and Eastern European immigrants in the city's past. Now the friendly neighbourhood is a welcome mix of families and young professionals who are fixated on their shopping street's numerous dining options.

Since 1981, this welcoming Polish restaurant has been serving the traditional dishes of Eastern Europe from a cosy dining room in the heart of the village. With the welcoming sounds of family conversations surrounding patrons, the regular crowd is anywhere from the age of eight to 80+, feasting on multiple courses of soup, salad, and slow-cooked entrÃ©es. 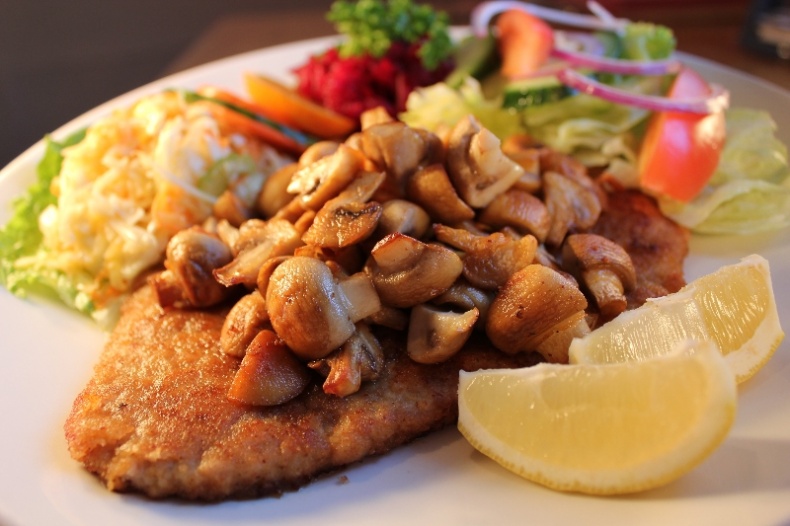 Heartwarming borscht with meat or mushroom dumplings ($5.75), hot sandwiches of roast beef or pulled chicken smothered in goulash gravy ($10.95), or the classics â cabbage rolls ($14.50), paprikash ($14.95), pork schnitzel topped with mushrooms ($16.50) or a side of pierogi ($3.95) â are standard offerings on this extensive menu. 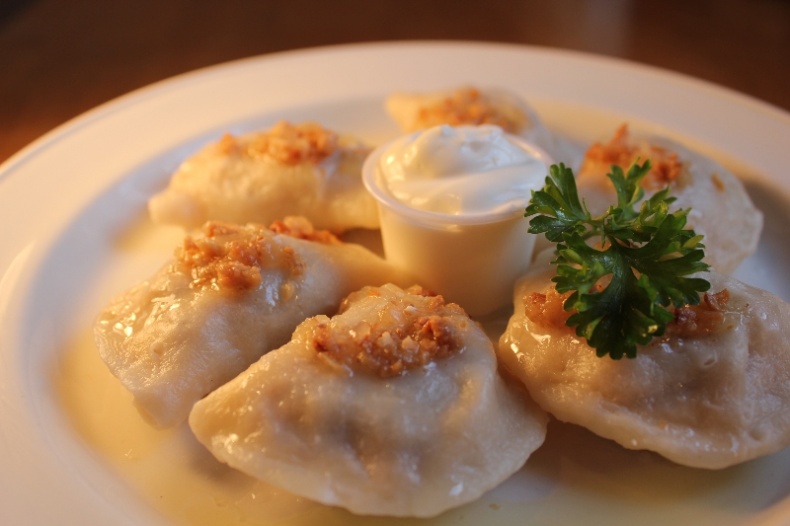 This may be even better than my grandmother's cooking.

If eating here was my last meal, I'd die happy.

Those yearning for some Old World big food won't be disappointed by this Roncesvalles gem. âNow Magazine

Sports fans like tasty eats too â as you can see at the street's popular gastro pub. Whether it's the World Cup or Stanley Cup on the multiple TV screens, there's a crowd to watch the game and enjoy the inventive pub classics, all made from scratch. 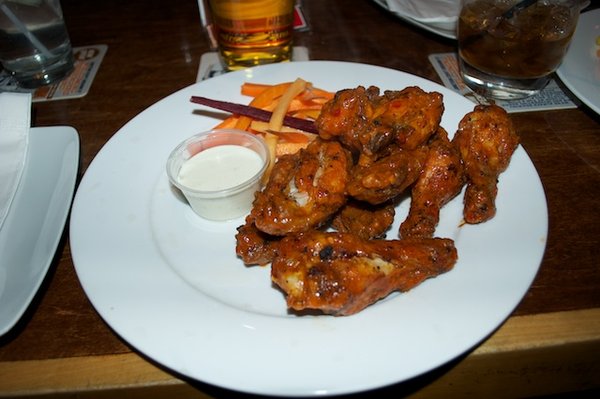 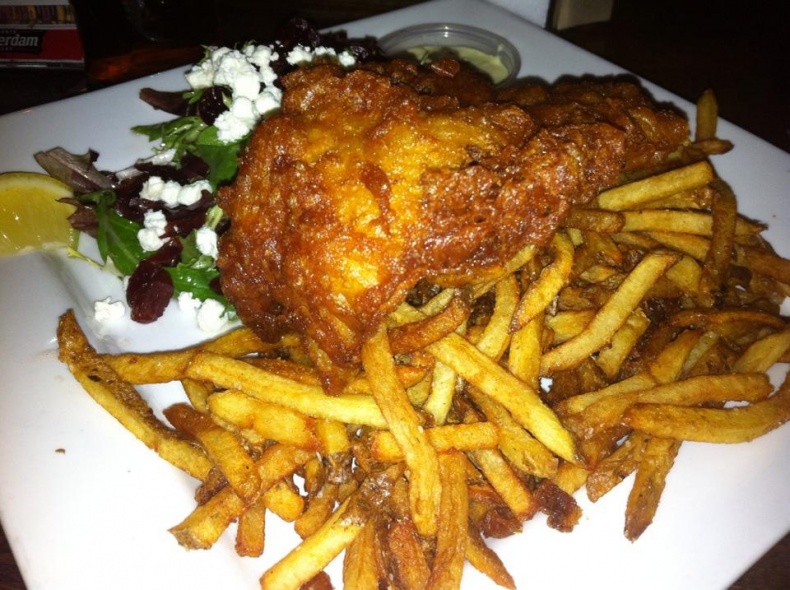 When you are torn between your affinity for sports and your passion for food, The Dizzy makes it easy... Booths are comfortable and large enough to sprawl out in while your stomach expands considerably. âUSA Today

Chosen by Toronto Life as one of the city's best new restaurants in 2013, Chef Geoff Hopgood celebrates his Maritime roots with a menu that allows diners to taste the best of the Atlantic Ocean's bounty in dishes like the Really Delicious Mussel dish ($18.00), Cape Breton snow crab ($28.00), Squid Salad and Dashi ($18.00), Lobster Sammy and Old Bay Chips ($22.00), and Fried Cauliflower and Clam Sauce ($20.00). 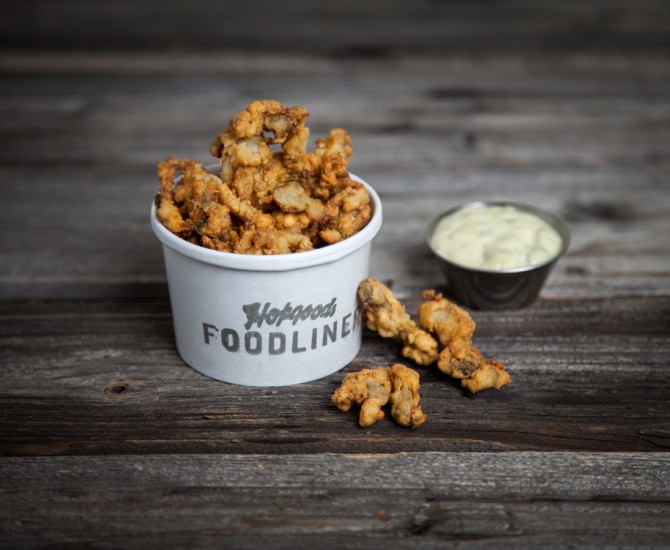 The menu also embraces locally sourced meat and veg, like the tasty Foie Gras on Brioche ($25.00) or Crispy Pig ear and green bean salad ($12.00). And who knew that Halifax residents were obsessed with their late-night donair? They are, and Hopgood's version is a new spin but just as tasty before 2 am ($14.00). As written in the city's daily newspaper The Globe & Mail, "Good luck getting a table." 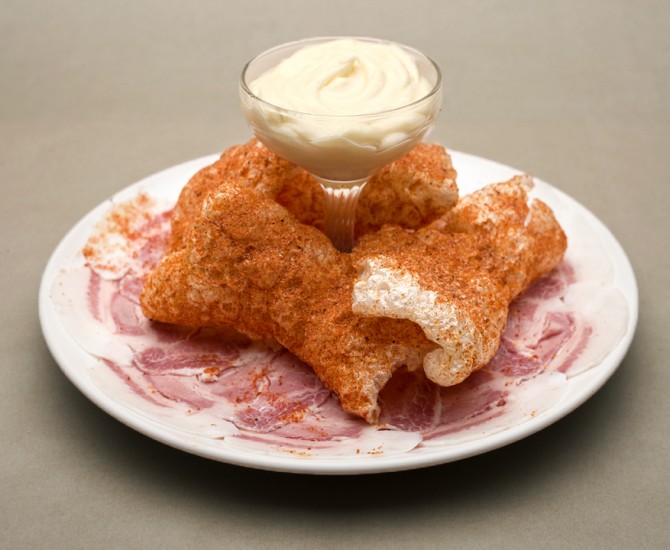 The meat is shaved thinner than usual, but it's not a bad thing. It could be a bit spicier but it's still very good. It definitely tastes more homemade than usual.

One of the few late-night places on the village strip, locals are welcoming the burger craze to this 'hood â all made with natural, hormone-free beef, which is ground in-house daily and accompanied by numerous condiments and unique toppings that are also made in-house or locally sourced thanks to the four chefs that opened this joint. 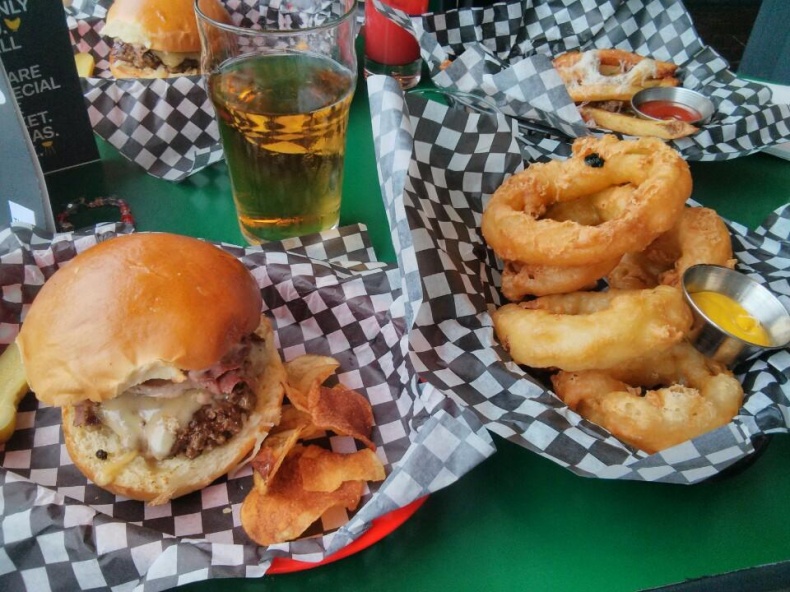 The house burger, The Rude Boy, is a beef patty topped with a fried egg, pickled red onion, aioli, Blanche de Chambly mustard, and maple whisky double-smoked bacon ($11.00). Of course, it should be paired with the Parm Fries (triple-cooked fries with herbs, parmesan, and jalapeÃ±o ketchup ($3.75). For those who want to spice it up late at night, go for The Sting with spicy Monterey jack cheese, jalapeÃ±o chips, cucumber cilantro slaw, and sriracha on a beef patty ($9.00) or â for those who would prefer deli â The Jagger (smoked tongue pastrami and mustard on Roncesvalles rye bread, $10.00).

The sides, including parm fries and enormous onion rings only add to the happy heartiness of the menu.

The Rude Boy has solid bones. The arguably (is it even?) most important aspect â the burger itself â is locally sourced and fantastically juicy. âBlog TO

Offering a wide selection of Japanese favourites from sushi to donburi, udon noodles to izakaya, this traditionally styled Japanese restaurant of wood and rice paper screens is a welcome spot for two or 20 to enjoy a meal. 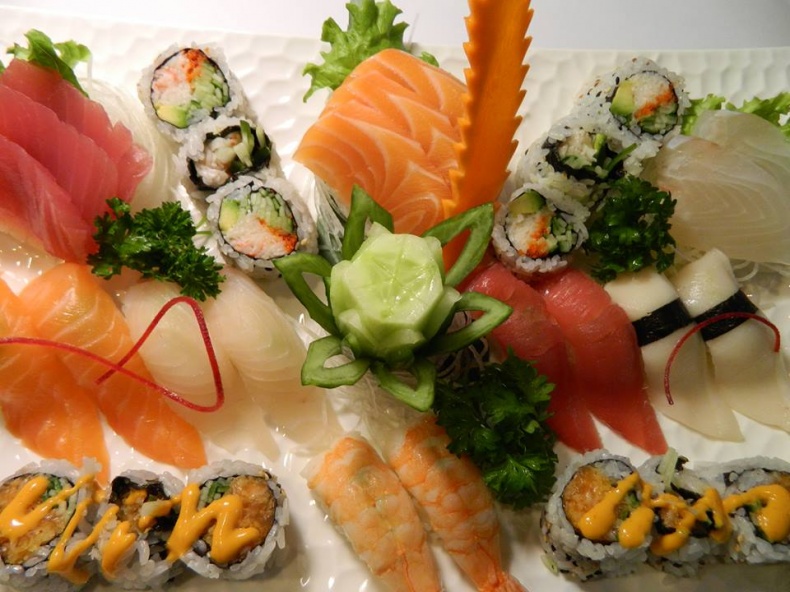 Although the sushi chefs can offer the typical favourites (many made with sustainable fish), there are house speciality rolls, like the Fire Mountain (deep-fried shrimp, avocado, and cucumber with salmon and tempura flake on top, $11.95), Go Train (spicy salmon roll wrapped with fresh salmon and deep-fried $10.45), or the Chef Special (salmon, tuna, avocado, and cream cheese in a crunch roll with sauce on top, $12.95). Other palate pleasers include the Matsu Bento (veggie tempura, veggie teriyaki, Avokyu roll, and veggie sushi, $18.95) or Kal-bi dinner (grilled beef short ribs and mixed vegetable with teriyaki on a hot plate, $17.95). 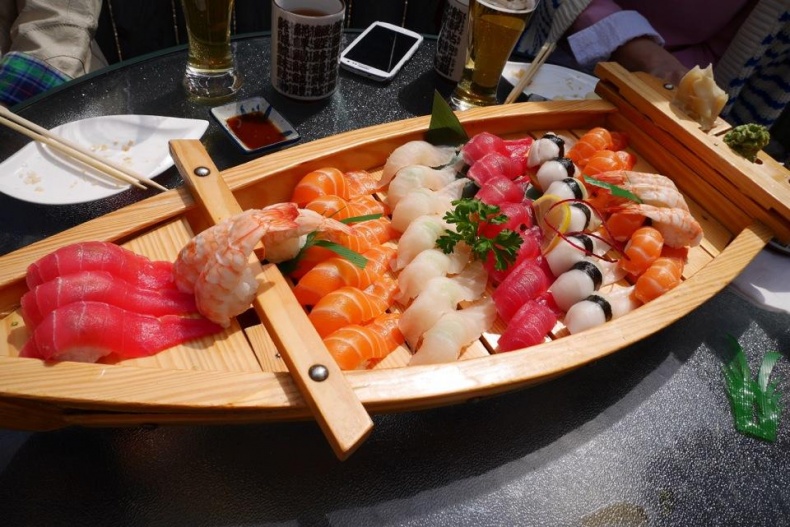 The fish was really fresh. I thought it was great. Even the rolls and sushi from the "grab and go" fridge section were yummy. Bonus: they make their own soy sauce!

An adorable little spot... I can't believe this place has been here for so long! The amuse, a savoury noodle soup, begins the evening, seasoned with a smoky soy sauce. âCaroline's Culinary Delights