When Pete Lilly landed in Toronto, he didn’t suspect that it would become his ‘forever’ home. Sweet Pete’s Bike Shop was a business opportunity that was born out of a newspaper advertisement and kept pedalling forward. With three locations around Toronto in Bloordale, The Annex, and the Trailhead location at 550 Bayview Avenue, Sweet Pete’s Bike Shop is a well-known moving part of the local cycling community.

Sweet Pete’s offers a space for people to shop for new bikes, bike part, seek out repairs, and so much more. Today, after nearly 20 years in business as an active member of Toronto’s own small business community, Pete reflects on cycling, books, entrepreneurship, and influencing big change within the City of Toronto. 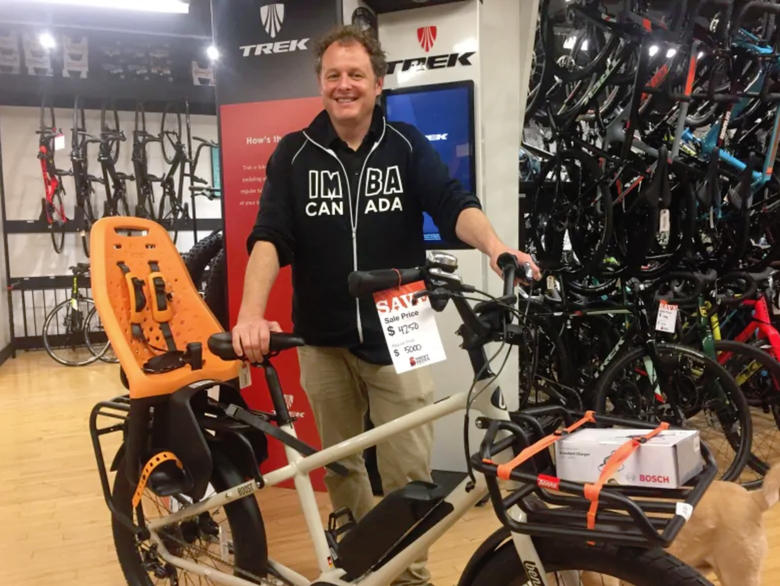 What inspired you to open Sweet Pete's?

I’ve loved bikes my whole life. From the time I got my first BMX bike and felt the freedom of riding around I was in love. Through high school and university, I never thought that I would have the opportunity to turn this love into a career. I saw an ad in the paper for a franchise opportunity and I decided to go for it. I am so fortunate that it worked out.

What would you say is the most rewarding thing about being an entrepreneur?

Sometimes you get the opportunity to stop and turn back and look at what you’ve done and it’s nice to reflect and realize everything you’ve managed to accomplish, and how you managed to survive. We hear a lot about the doom and gloom of running a small business and its nice to know that we were able to hang in there AND grow. We’ve been able to watch the transition of bikes being considered ‘just toys’ and purely recreational items to today when they’ve become solutions for the environment, health, transportation, and leisure. I like to think we’ve had a part in the growth of bikes.

What is the most challenging thing about being an entrepreneur?

When your name’s on the sign it can be hard not to take things personally. For example, when you see a less than favourable review on Yelp and it’s an interaction that hasn’t gone well it’s hard not to let that impact you directly, and it can take up a lot of your mental energy.

How has the community/business changed since you first started?

When I got into the business it seemed like biking was purely recreational for most people. I was a cyclist for fun and I rode my bike to get around, but not the same way people do now. I never would have guessed that every time there is an election there would be news media coming into the store to ask me my opinion on which candidate serves cyclists best or where we should build bike lanes within the city. 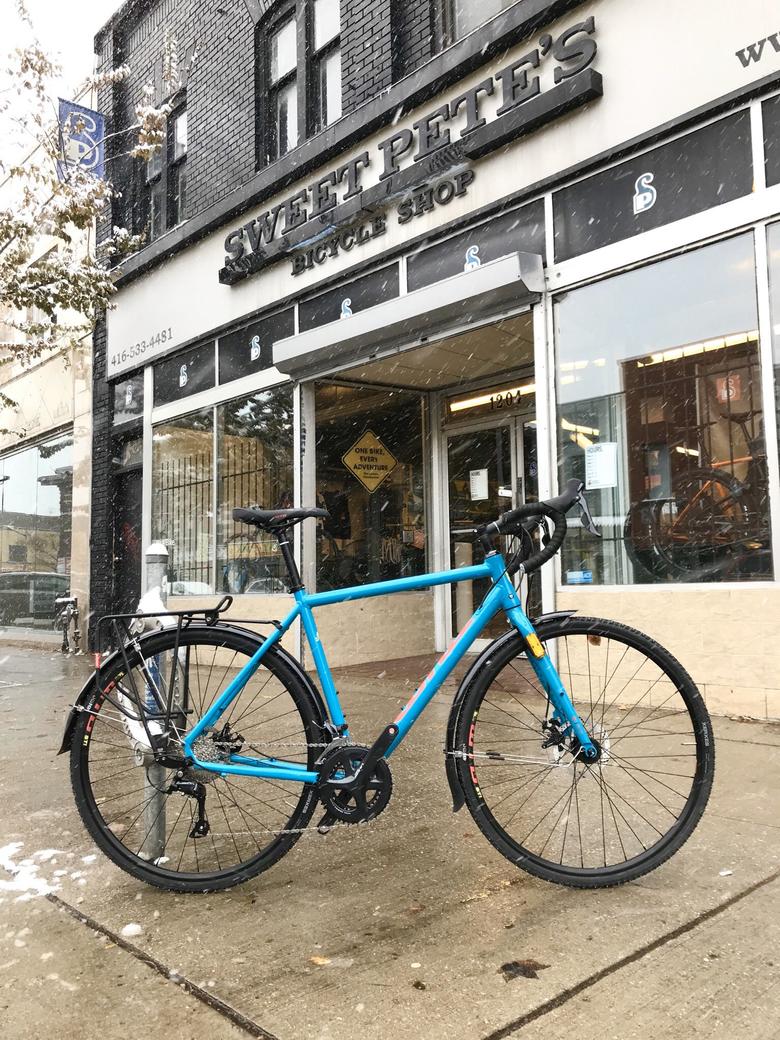 What can we do to improve Toronto for cyclists?

Toronto’s City government is moving slowly, but positively. It was tough to get approval to go through for the bike lane on Bloor in the Annex, but it proved to people that it didn’t slow down commute times or negatively impact businesses. The takeaway has people thinking more about providing the facilities needed to make people feel safe to ride, and this is continuing to build momentum.

Where are your favourite places to ride in Toronto? What about outside of the city?

My favourite stretch is the West End Railpath. It’s unique in that you don’t have to worry about cars at all because it’s just an open stretch of pavement for you, joggers and dog walkers to enjoy. I also love High Park for a bigger longer ride. Some of the hills and features make it nice, but I particularly like that on the same ride you can pass people on expensive 20K bikes as well as a 75-year old man on a bike he’s had for 30 years. The sport and the activity of cycling encompasses everyone - kids, those working on rehab from an injury, young and old. It’s the most awesome place to see people riding around and enjoying themselves.

Recently I’ve loved riding north of Hockley Valley Road near Orangeville. There are some great hills, which is a treat because in Toronto things are relatively flat. There are some gravel roads, and the drivers there are respectful of the cyclists. 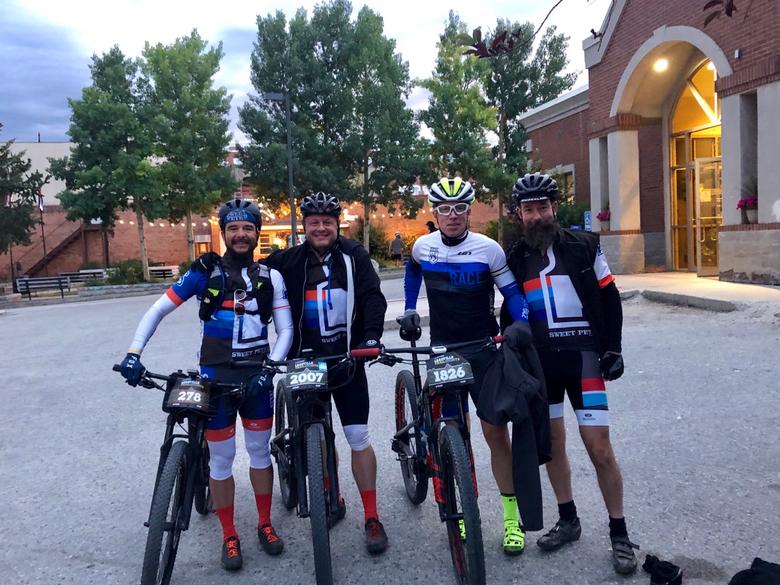 What is your favourite Toronto sports memory of all time?

Because I grew up all over the place, Toronto sports teams are always my second favourite teams. I was born in Edmonton, and the Oilers are my favourite hockey team, since I grew up when Wayne Gretzky played there.  I also love the Chicago Bears.

Edmonton – I was born there, Edmonton is my fav hockey team, Wayne Gretzky…It’s between Hockey and Football. I love the Chicago Bears and I grew up loving Running Back, Walter Payton. Walter Payton’s nickname was Sweetness,  which is some of the inspiration behind why my business is named  ‘Sweet’ Pete’s.

What are some of your proudest athletic accomplishments?

This summer I did a race called the Leadville 100. I’m 47 and I’d never tried anything like this before.  I first heard of it five or six years ago - it’s just over 100 miles of biking and it’s held in Colorado. If you finish the 100-mile race in under 12 hours, you get a belt buckle. This is a huge bucket list item for a lot of cyclists. I got in, I finished the race, but I was 82 seconds too slow to get my buckle. I worked hard to train for this and I attained a qualifying finish, but I still need to get back out there and earn my buckle.

What are some of your other bucket list items?

About a decade ago my best friend and I made a personal challenge with each other. This was right around the time that they came out with the new or modern seven wonders of the world, and we decided that we’d add to our bucket list to see them all. He’s a couple of wonders ahead of me, and we have seen a few of them together, but in recent years we kind of stalled out. I’m hoping this is something we get back to because we still have a few more wonders to go and see.

Business wise at 47 I feel like I have one more big move to make, but I don’t know what that is yet, but it’s percolating. I’m not cooling my jets just yet. 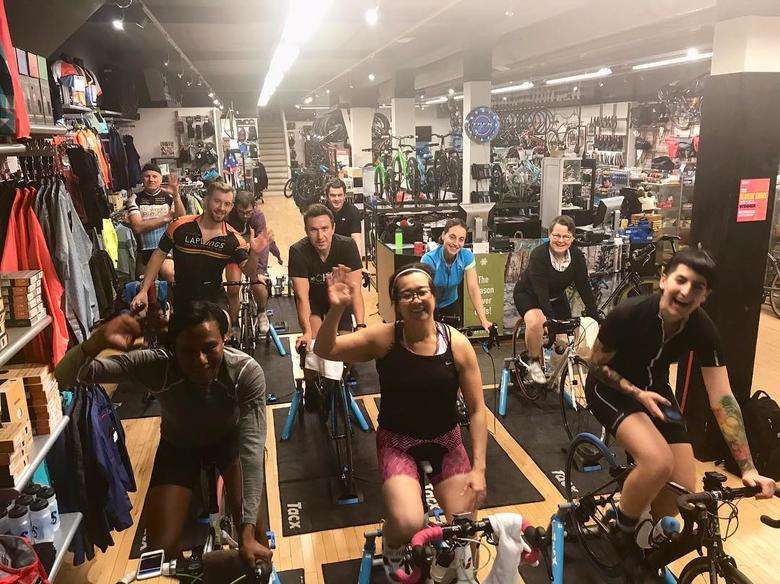 You recently gave your 100th platelet donation. Can you tell me about donating platelets, why this is important to you and what drew you to this type of donation? How can other people in Toronto make platelet donations?

My parents were always regular blood donors so they got me thinking of that as a kid. I remember first donating blood at my high school when I was first legally allowed to and I thought ‘that wasn’t bad’, so I kept doing it. In university, when I was a typical broke student I knew I wanted to give back to my community in a way that didn’t cost me money, and it was still a meaningful way to give back that some people couldn’t do, but I could.

One time I was donating blood and they brought up this idea of donating platelets (this is valuable because platelets are the part of blood that helps with clotting). I realized that so few people can donate platelets, even though the need is so great. The only real commitment is your time, but you can go and watch a movie while you donate. The time commitment isn’t as big as it was a few years ago, and it didn’t bother me too much to do, so I just kept coming back. I would suggest people start donating blood or platelets, as the only cost is your time, and it’s a pretty easy thing to do.

You mentioned that you love music. Who are some of your favourite bands?

I love The Grateful Dead and The Rolling Stones. My current favourite Toronto-based band is called Communism and my all-time favourite Canadian band has to be Rush.

What are you reading, watching, or listening to right now?

A lot of Franklin to my three-year old. In all seriousness, I listen to podcasts. My favourites are comedian Bill Burr’s, and Baseball Tonight Podcast. Currently I’m reading Trumpocracy: The Corruption of the American Republic by David Frum, which is interesting because he provides a Canadian perspective on Donald Trump as someone who has worked in the ‘same aisle’ as the American president. 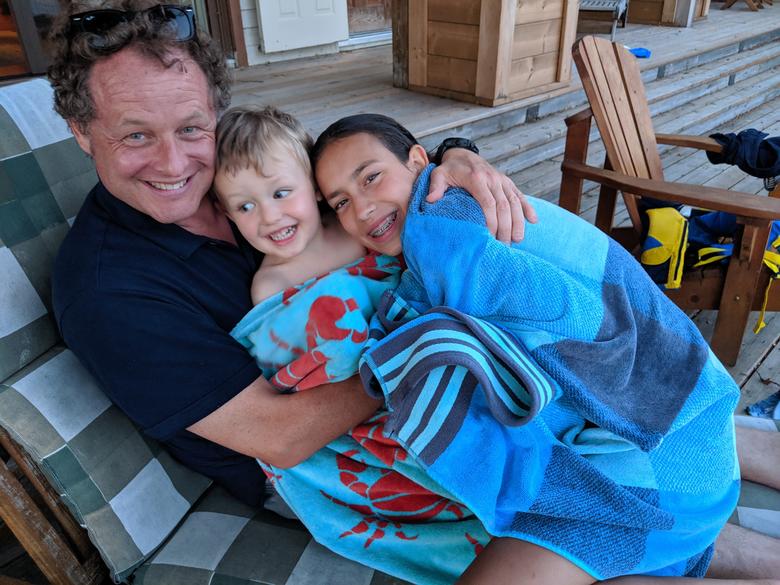 On a more personal note, what are the biggest challenges about simultaneously raising a teenager and a preschooler?

It’s that their needs are so different. When you stop and think about it sometimes, you can be helping a teenager with math and French, and then the three-year old comes in the room and all they want is mangos.

I had a teacher in high school (which was in a small town in Minnesota), Mr. Northwick, and he was one of the smartest people I ever met. He had a way of just communicating his wisdom to anyone and everyone. I had just a single class with him, but I was always taken aback by his brilliance. Whenever I’m trying to convey an important message to someone, I think of him, and try to communicate with them in a way that I think Mr. Northwick would.

What business advice would you give to other entrepreneurs just starting out?

I’m sure this joke can expand to any industry: How do you make a small fortune in the bike industry? Start with a large fortune.

I’d tell someone to be prepared for business to be hard and to recognize that it’s constantly evolving. The internet didn’t exist when I first got into business, but today it’s so much of any business.

You must love what you do because if you don’t, you’re not going to be happy. I have a university degree and I never planned on being in the bike business, but I am. I am certain that there are 100 other ways I could have made a living and made more money doing so, but I never could have been as happy as I am doing what I love. I’ve never had a single day when I thought ‘I don’t want to do this’. Sure, there are challenging days, but it’s easier to face those when you love what you do.