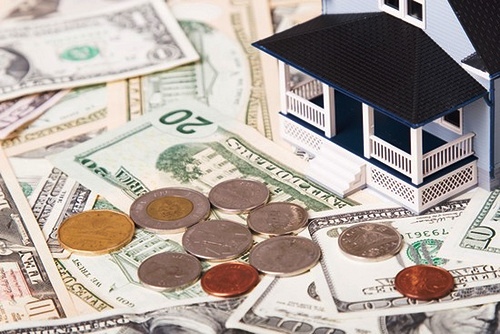 Are they heading up, are they bound to fall, or will they remain stable? Those are the million-dollar questions, and of course, we're talking about housing prices. It seems like nobody can really be sure what's going to happen next. It is not unusual for experts to have differing opinions on the matter, and they seem to be split over the future of housing prices in Canada once again.

There have been quite a few articles predicting a steep correction of the Canadian housing market circling around the web recently. However, pessimistic prognoses have come and gone many times before, but the situation on the market is pretty much the same.

It's a funny coincidence that two contradictory articles were published close together on the Globe & Mail's website. George Athanassakos, a finance professor and at the Richard Ivey School of Business in the University of Western Ontario and a columnist for the Globe & Mail, is pessimistic. He claims that optimists believe that the increase in home prices in Canada is a result of a strong, real demand from homeowners — very much unlike the U.S., where construction surpassed actual demand greatly and was largely fuelled by speculators.

Although he doesn't oppose this assumption, Athanassakos points to the other side of the coin. "Canada's high house prices in relation to incomes, combined with record household debt levels and overinvestment in residential construction, will cause a severe correction in the real estate market," he wrote in his column. "Home prices are simply way out of line, especially when viewed in relation to household income. The ratio of house prices to income has historically averaged about 3.5 in Canada. It now stands at about 5.5. It is difficult to see how income growth in the future can bring this ratio close to the historical average within any reasonable period — so it follows that house prices will have to decline." Read the full article here.

Only two days later, a press release by The Canadian Press entitled "Home prices to 'creep up' this year" came out. Although not entirely optimistic, the article claimed that, "Despite the soaring values in Canada's most expensive housing market, prices nationally are expected to stabilize or only creep higher this year amid 'tepid' improvements in employment," using a report by Royal LePage Real Estate Services (RLRES) as its primary source.

The release further quotes Phil Soper, president and chief executive officer of RLRES, who said, "We expect house prices will continue to creep up, but most of the excess demand created by the initial drop in interest rates has been satisfied and affordability continues to erode slowly," and who also expressed a belief that, "While low interest rates continue to drive demand, the tepid pace at which employment levels are improving is tempering the rate of home price appreciation in many Canadian cities." See the full release at The Globe and Mail website.

Both sides seem to have valid and defensible arguments, so where does the truth lie? It's probably somewhere in between. If the current price growth is unsustainable in the long run (and it likely is), then a correction is inevitable. On the other hand, Canada's economy is performing well enough, fuelling demand constantly, so the market correction doesn't have to be so steep.

What's your opinion on the future of Canada's housing market?