Environmental documentaries have been increasing in popularity over the last decade, and continue to do so. There are more and more high-quality movies created to inspire you, shock you, or present a story from a different angle. According to Mother Nature Network, the following flicks made their 2009 top-ten list of environmental documentaries. Having seen most of them, I canât but agree. 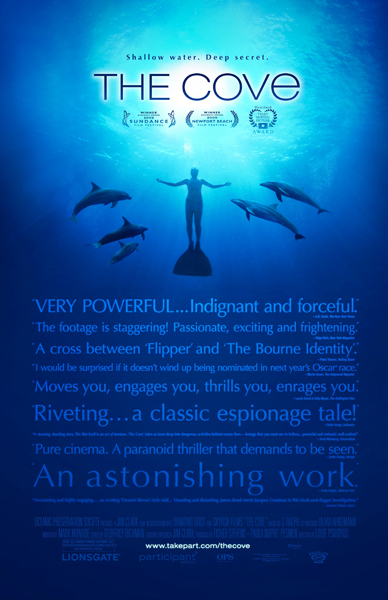 Ric OâBarry is a known dolphin trainer responsible for training the five dolphins who played the title character in the international television sensation âFlipper.âAfter many years of interaction with these beautiful and intelligent creatures, he takes on a mission to protect them. This mission has brought him to Taiji, Japan, a town that appears devoted to the wonders and mysteries of the sleek, playful dolphins and whales that swim off their coast. It is here that he and his team discovers a remote, glistening cove, surrounded by barbed wire and âKeep Outâ signs that hide a shocking secret. Over 20,000 of these magnificent animals are killed in this area yearly. Ric and his team also uncoverâdespite strong-arm fishermen and local police hot on their tailsâa major threat to dolphins and human health caused by the fishermen of Taiji, driven by multi-billion dollar industries. Thanks to this documentary, the whole world has the chance to see what goes on in Taiji, where the dolphins in SeaWorld parks around the world originate, and where mercury-tainted dolphin meat comes from. A shocking film that definitely must be seen despite the unsettling cruelty.

Tagline: Youâll never look at dinner the same way again. This film presents us with a truthful yet depressive look at the food industry that is being controlled by a handful of multinational corporations. The result: driven by huge profits, large quantities of of food is being produced at the lowest possible costs. Add in often-overlooked health and safety measures and animal cruelty in this business (emphasis on business), and the distasteful, unflattering picture begins to emerge. Many of these production streamlining changes are based on advancements in science and technology, but they often produce unexpected negative side effects. If you still believe that the meat you consume is raised on sprawling farms in idyllic lands, I advise you to watch this piece. Maybe it will answer your question as to why a cheeseburger is cheaper than a handful of carrots nowadays.

Record high oil prices, global warming, a never-ending thirst for more energyâa few of the topics often discussed globally. This action-nudging documentary (winner of the 2008 Sundance Film Festival for Best Documentary Audience Award) uncovers a shocking connection between the car industry, oil business, and the government, offering arguments for alternative sources of energy such as wind, solar, and biomass energy. Josh Tickell takes us on a trip to explore the positives and negatives of bioenergyâshowing us how the American addiction to oil ruins its economy and how ecological energy can save us. 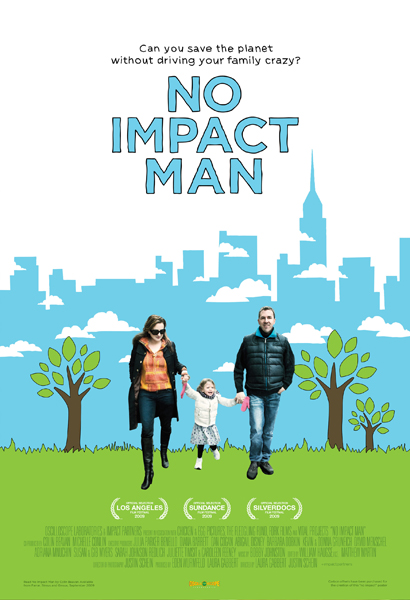 Following the Manhattan-based Beavan family as they abandon their high-consumption, 5th Avenue lifestyle for a vow to make zero environmental impact for one year, this film concentrates on the difficulties of doing so. Sending a message of the need for reduced consumption, Colin Beavanâs quest shows how difficult this task can be (given his espresso-guzzling, Prada-worshipping wife Michelle, and their young toddler). The documentary smartly avoids being too critical, and shows both sides (humorously and otherwise) of reducing oneâs environmental impact by paring down nonessentials.

With increasing human population and tightening water resources, there begs a question: Will water continue to be a readily available human resource, or will it be privatized and become a luxury good controlled by multinational corporations? And, will those who canât afford to pay for it be told just to do without and die? âThirstâ tells the story of countries all around the world, U.S. included, that face these problems daily. Over a billion people lack access to safe drinking water. Each year, millions of children needlessly die from diseases caused by unsafe water, and these numbers are increasing. Alan Snitow and Deborah Kaufman show us this escalating, world-wide fight over safe, affordable drinking water. After watching this film, water will take on a whole new meaning the next time you turn on the tap. 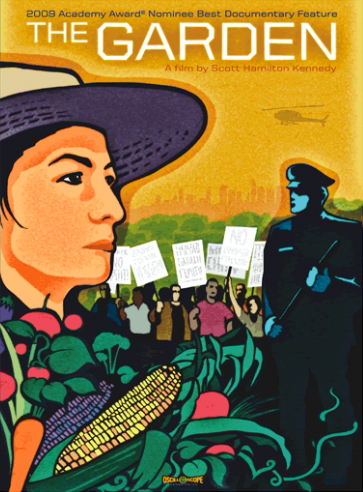 The 14-acre community garden in South Central Los Angeles was the largest of its kind in the United States. It was started as a form of healing after the devastating L.A. riots in 1992. Since that time, the South Central Farmers have created a miracle in one of the countryâs most poverty-stricken neighborhoods. Growing their own food, feeding their families, and creating a community. But bulldozers threaten their oasisâa wealthy developer purchases the land from city council. The powers-to-be say nothing can be done, but if everyone told you nothing more could be done, would you give up? This Academy Award nominee documents a struggle between these urban farmers, the city of Los Angeles, and a powerful developer who wants to evict them. 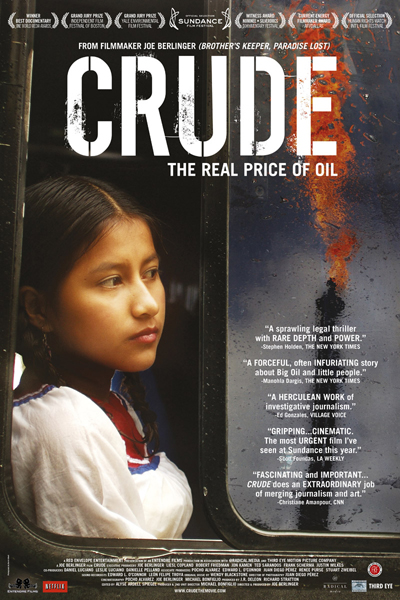 Pablo Fajardo Mendoza and Luis Yanza from Ecuador received the Goldman Environmental Prize for their fight with Chevron, an oil company responsible for the oil contamination of the Amazonian rain forest. Animals and humans living in this area are dying from the consequences of this pollution. An observational documentary directed by Joe Berlinger, it is a dramatic story of two very unequal sides: a rich oil corporation, and activists defending the rights of the native inhabitants. The most provocative statements come from the environmental experts, in sharp contrast with what the advocates working for Chevron have to say. The documentary pulls you in, and you, the viewer, are to decide which side is right and what is the price of this decision.

This investigative documentary reaches into the far corners of Americaâs waterways, like Chesapeake Bay and Puget Sound, and pulls out disturbing information on a new wave of pollution thatâs causing massive fish kills, mutating frogs, and a threat to human health. Pulitzer Prize-winning journalist Hedrick Smith interviews environmental experts to document valuable insights into the state of Americaâs oceans, rivers, and streams. This film is also available to watch online for free here. 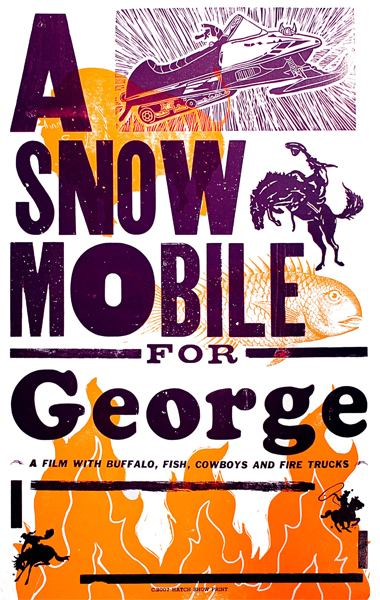 A snowmobile for George

Curious about why President Bush reversed regulations that ban the super-polluting two-stroke snowmobile, Todd Darling goes on the road to look at other acts of deregulation. This trip reveals political manipulation that caused the death of thousands of salmon on the Klamath River, suppressed water rules that resulted in a range war between ranchers and oil companies in Wyomingâs Powder River Basin, not to mention serious health consequences for firefighters, paramedics, and Wall Street workers in the aftermath of 9/11 triggered by White House suppression of environmental regulations. The result is a shocking story of the environmental and health consequences that can occur from one small rule change. A multiple award-winning film from many film festivals.

This award-winning documentary follows three teenage boys born into the trash trade and growing up in the worldâs largest garbage village, recycling the trash of 18 million residents of Egyptâs capital city, Cairo. It is the home to 60,000 Zaballeen, Egyptâs âgarbage people,â who recycle eighty-percent of the garbage they collect, far surpassing any of todayâs âgreen initiatives.â When their community and livelihood is suddenly faced with the privatization of Cairoâs garbage service, each boy is forced to make choices that will impact his life and the future of his community.