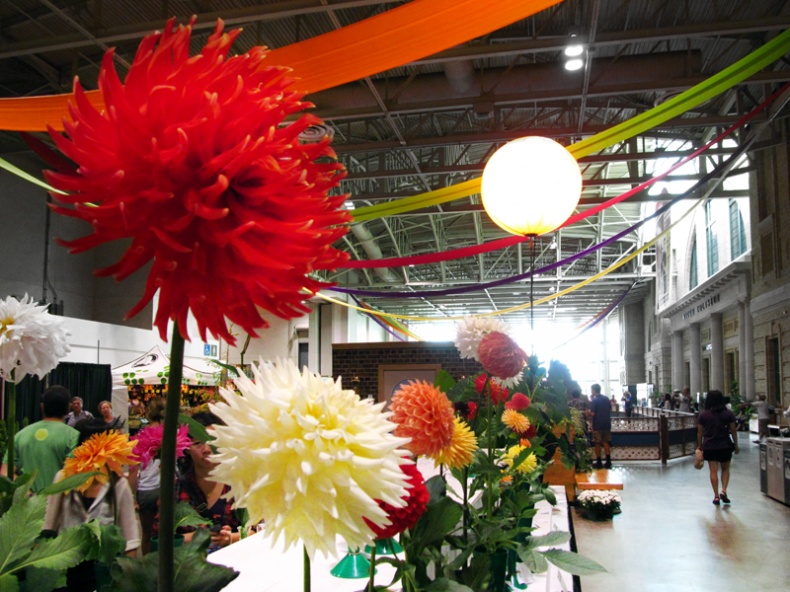 Dahlias at the CNE

To my great good fortune, I managed to meet both Gord Rendell, the show's Superintendent, and Dave Money, show Chairman for the last twenty one years. According to Mr. Money, the show has grown amazingly in the years he's been with it (he assisted the last Chairman before assuming the post himself in 1992).

"I used to put … the vegetable show, or section – I put them on two eight-foot tables. What've we got now for the vegetables? About forty or fifty tables."

For his part, Mr. Rendell estimated that – as of the morning of July 22nd – at least fifty people had signed up for next year's show, and the Exhibition had twelve days left to run. 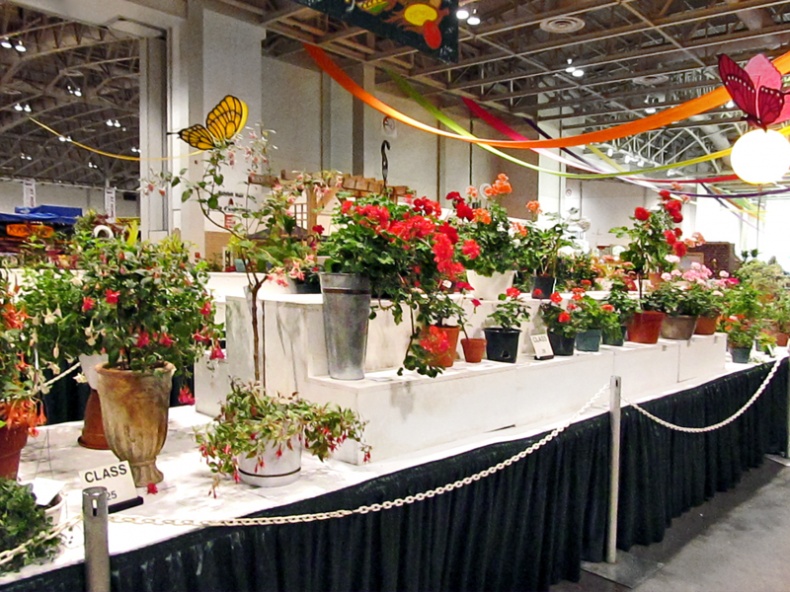 The relaxed, welcoming atmosphere of the competition may contribute to its success; you can sign up for next year's competition on the spot, or wait to see which of your plants is growing the best before deciding to enter. The official rules claim that the last day to sign up this year as July 13, but you can actually get in as late as the day before your category is judged. Those who enter early enough are a given free passes into the CNE for themselves and an assistant. The actual judging favours not the rare or difficult to grow, but rather the healthy, well-groomed plants that perfectly fit into the category requirements. These requirements can, at times, be quite specific, and may demand an exact number of stems, buds, or open flowers required to qualify.Mr. Money described the Garden Show as "an education for the public when they come in," and so it proved to be with me. I learned that you have to attend a special school in order to become a Garden Show judge (according to Mr. Rendell, the CNE's plant judges are some of the best in Canada). Also, there is something of an unofficial gender division among the show competitors; African Violets tend to be entered by women, while dahlias and chrysanthemums are floral bastions of masculinity. 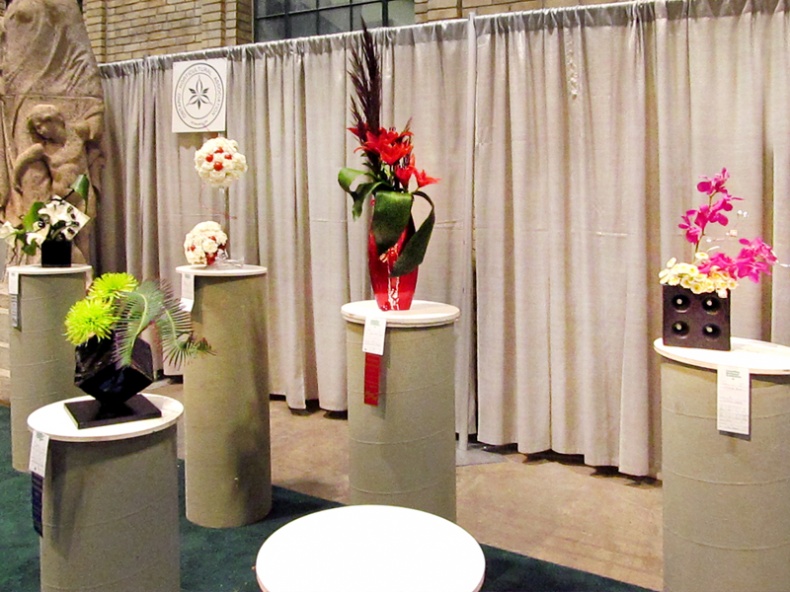 The largest part of the Garden Show is devoted to potted plants and cut stems, but there is also a 'floral design category' which can produce anything from an almost traditional-looking flower arrangement to a tiny creation resembling a fishing lure. There is a 'youth' competition as well, which consists not of live plants, but of drawings of plants, and then there are various interesting oddities placed around the edges of the competition area.Given the strong commercial flavour of the CNE, some of these peripheral players are vendors selling plants or plant-related merchandise, but there was also a landscaping display up during my visits.

More intriguing than any of these were two completely foliage-free exhibits: Daryl Maddeaux' s artistic rock stacking (more interesting than it sounds, and achieved "without the help of glue, nails, gum, Velcro, screws, or magnets" according to the CNE guidebook), and the final six contestants in the International Sand Sculpting competition. The first, second, and third-place winners were declared on July 22, but the sculptures are supposed to last as long as the Exhibition. Some of the details (especially on Susanne Ruseler's first-place entree) are quite astonishing.

For those interested in learning more about competing in the CNE Garden Show, this year's rules, categories, and schedule can be found here on the CNE's official website, along with the entry form for next year. Happy planting! 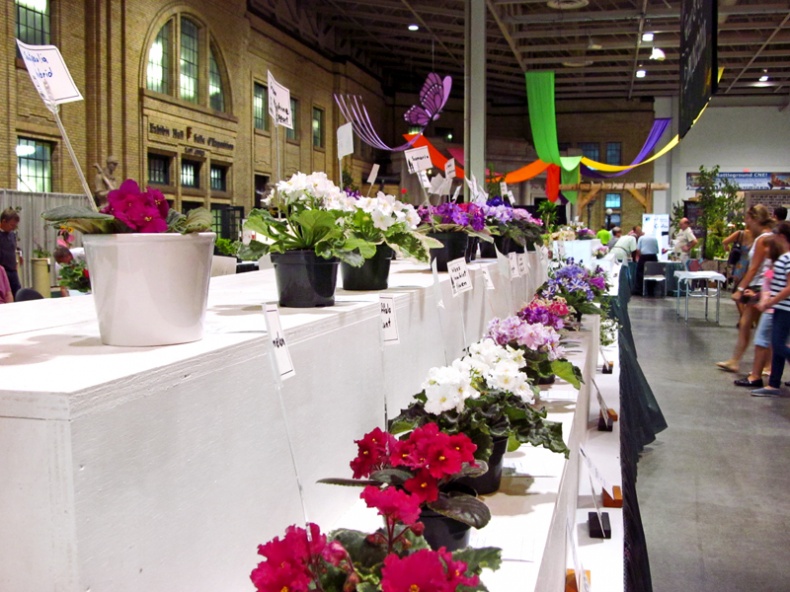 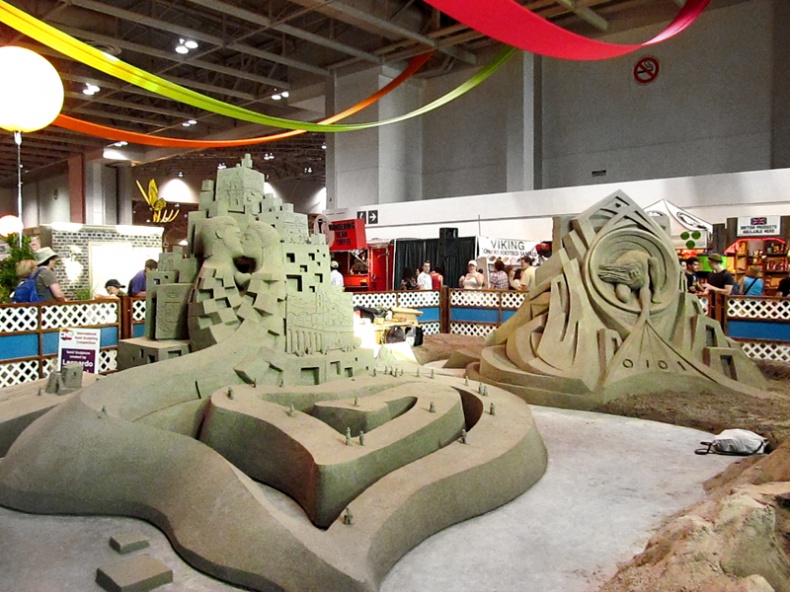 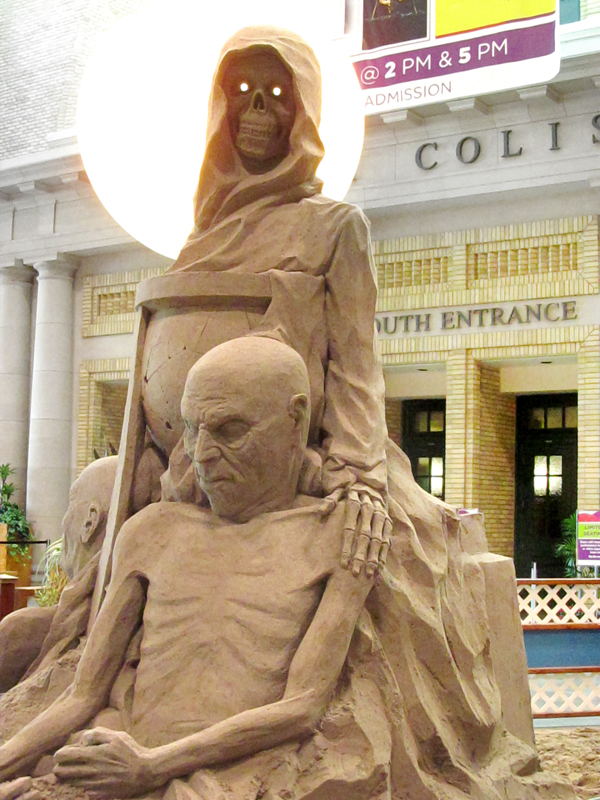 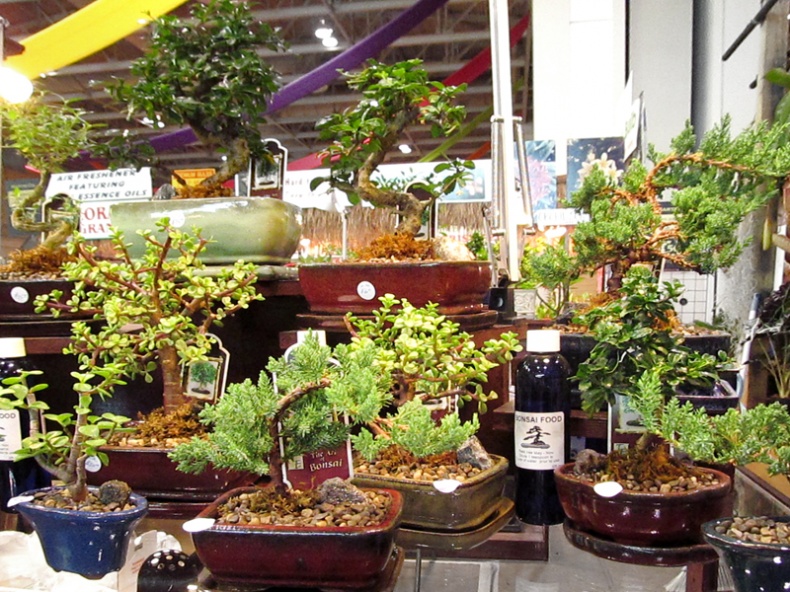 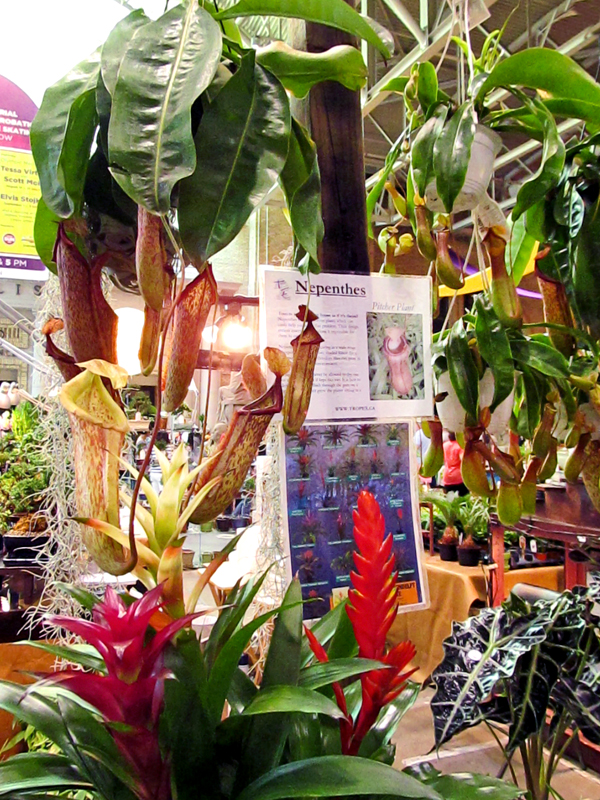 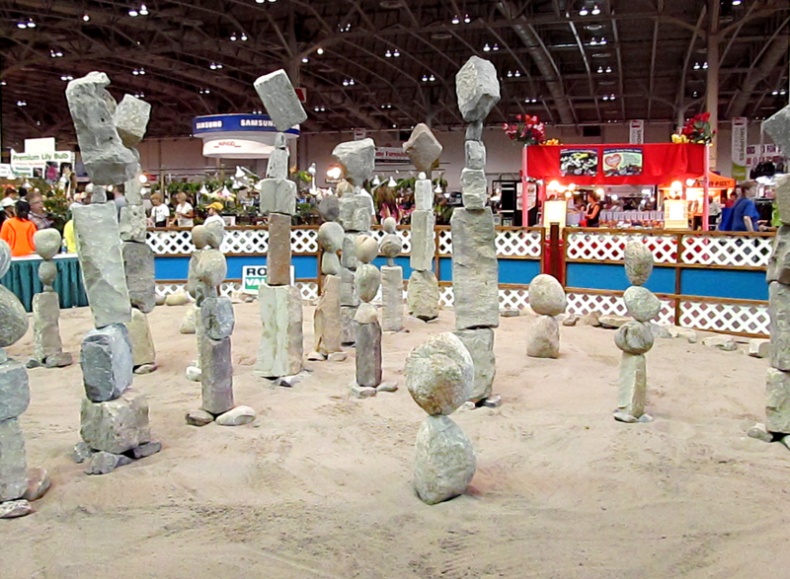 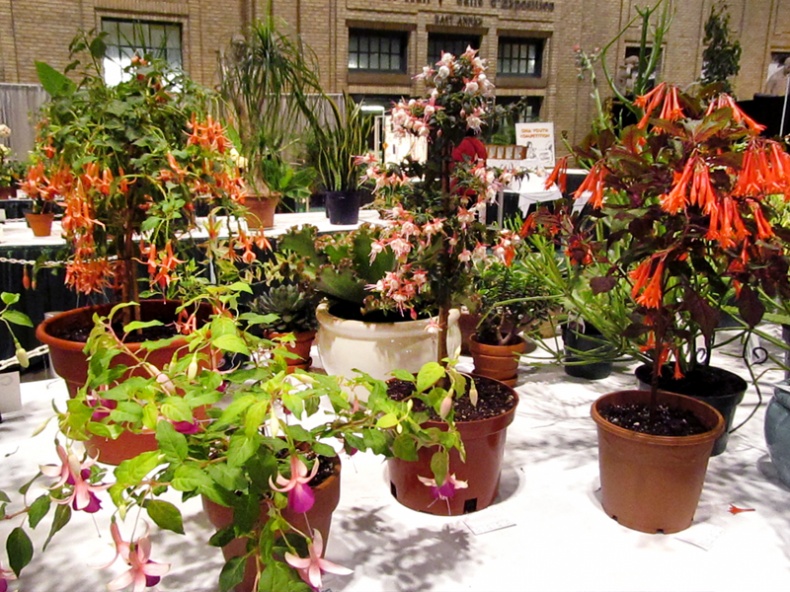