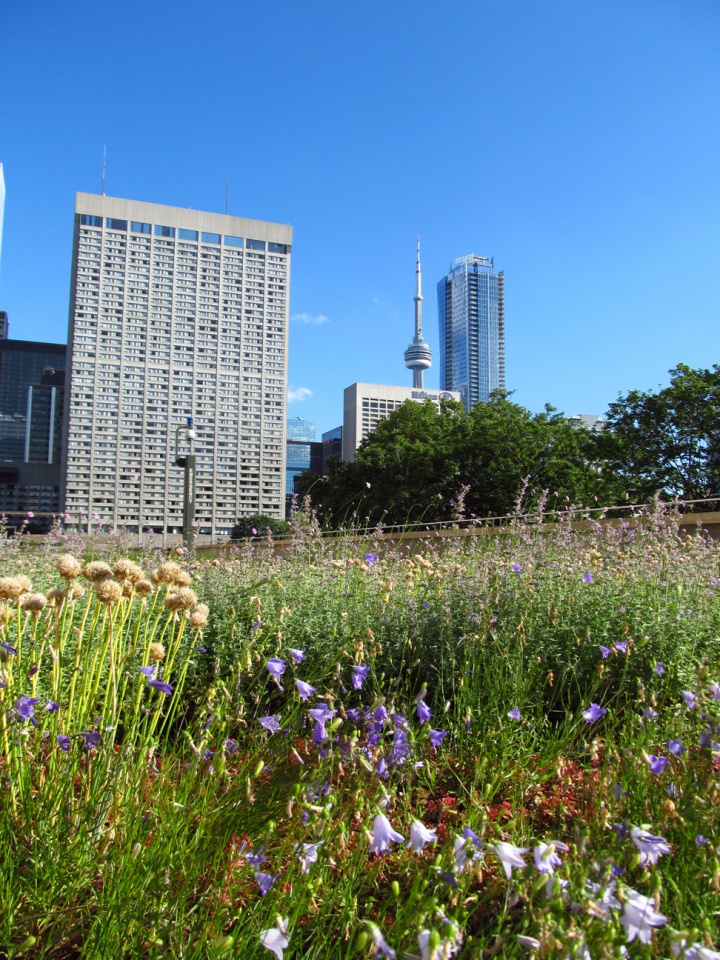 Not that long ago, the term 'green roof' generally referred to a house's paint job. Now, however, with environmental conservation wearily shouldering its way into people's awareness, a green roof is something that you plant.

In 2009, Toronto City Council passed the "green roof bylaw", which requires developers to include a green roof on buildings over a certain size (2,000 square metres – or 21,528 square feet – in gross floor area, to be precise). While the bylaw can be circumvented by either legal exemption or the paying of a fine, it is still the first such piece of legislation to be passed by a North American city.

So, what is a green roof, and why build one? There are few fixed requirements or definitions, beyond intentionally planting vegetation of some kind on the roof. A significant number of plants is implied by the idea, so simply having a few weeds in your gutters or a couple pots of geraniums on the deck doesn't count. Although the conditions are often hard on many species, any plant could – theoretically – be part of a green roof. Moss, grass, and trees are only a few of the options.

Green Roofs in Our City 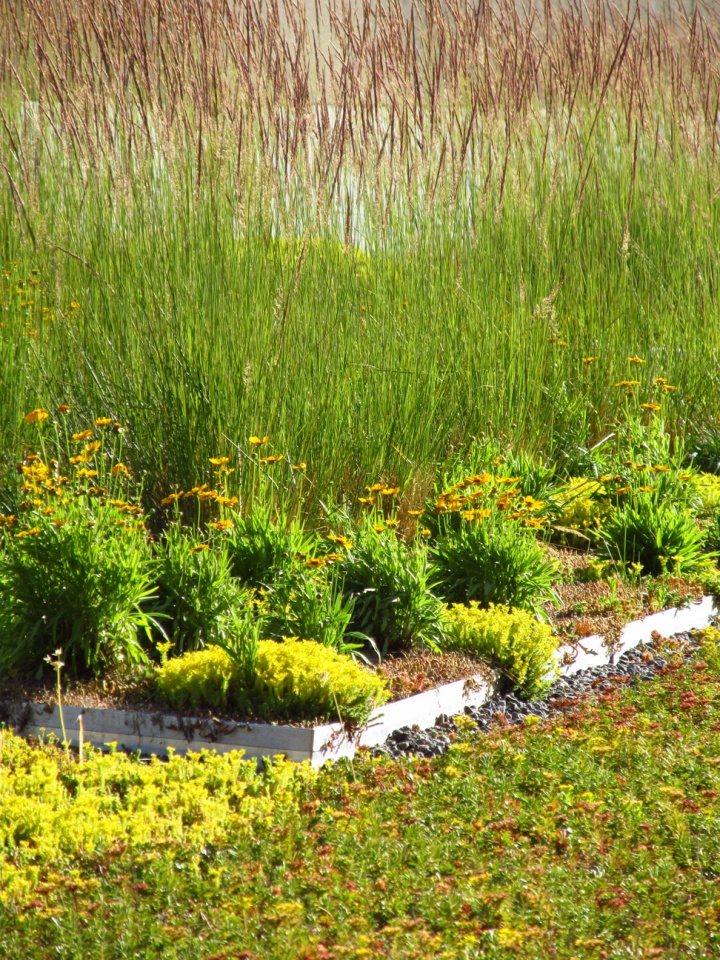 Some roofs (such as York University's Computer Sciences Building) are essentially self-sustaining grassy spaces, while others resemble tiny parks (the Manulife Centre at Bay and Bloor has such a roof over its parking garage). Other roofs are planted with flowers, or grow food for the building's inhabitants (the Royal York hotel, for instance, boasts meals flavoured with roof-grown herbs), while others function as community gardens.

According to Green Roofs for Healthy Cities, a North American industry association dedicated to their promotion, green roofs absorbs rainwater that might otherwise flood into sewers, reduce summer heat by absorbing light, improve air quality by filtering out pollutants, and act as insulation on the part of a house that looses the most heat in the winter and gains the most heat during the summer.

Unfortunately, while they may be available to the inhabitants or employees of their buildings building, many green roofs are not open to the general public. For the curious, however, there is at least one quite spectacular roof accessible to someone walking in off (or rather, up from) the street. 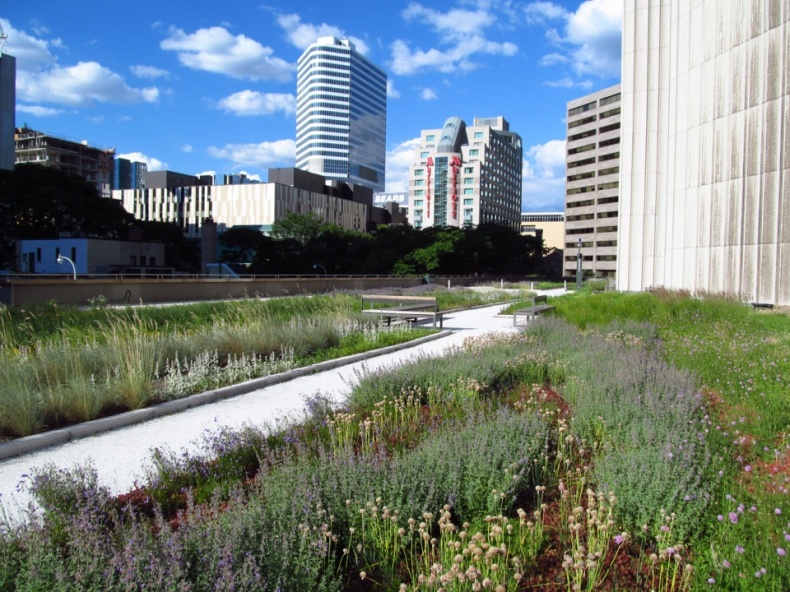 Toronto's current City Hall is the fourth building to bear that name since 1834. When the decision was made by City Council in 1957 to resign the Old City Hall at Queen and Bay, a design competition was held to select a plan for the replacement. The winner of this international contest was a Finnish architect named Viljo Revell, who – in a sadly ironic twist – suffered a fatal heart attack nearly a year before the new Hall was officially opened on September 13, 1965.

Although elegant and somewhat futuristic-looking, the new City Hall was not built with a green roof. This recent feature was completed in November 2009, and opened to the public in May 2010. For those alarmed by heights, the rooftop garden is not terribly menacing, since it covers neither of the Hall's imposing towers, but instead runs around them (and the circular building that houses the Council Chamber) as a sort of living moat. The roof can be reached by three points; one flight of stairs at the back (north west corner), one in the front (south east corner), and one huge concrete ramp that curls up out of Nathan Philips square. According to the city's website, the roof is roughly 35,000 square feet (or 3,250 square metres), and is open as a park from 7:30 am to 9:30 pm on weekdays, and from 8:00 am to 6:00 pm on holidays and weekends throughout the year. 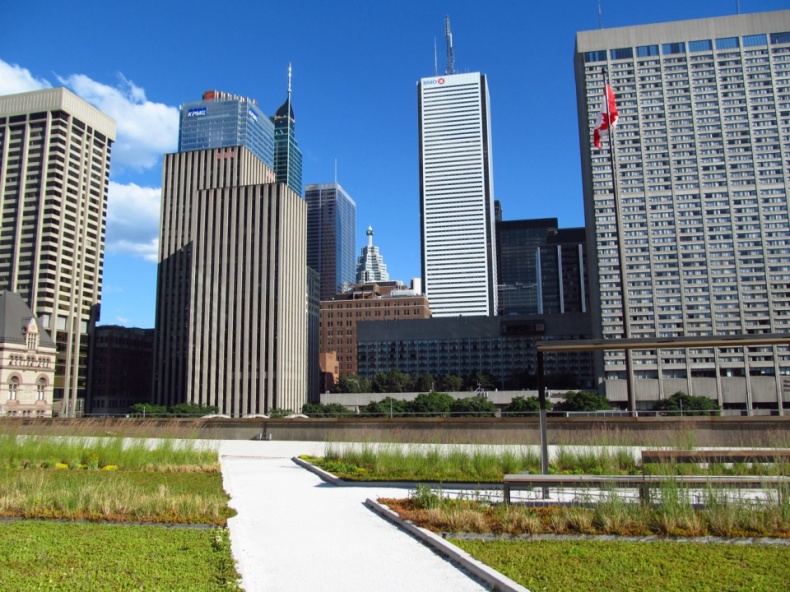 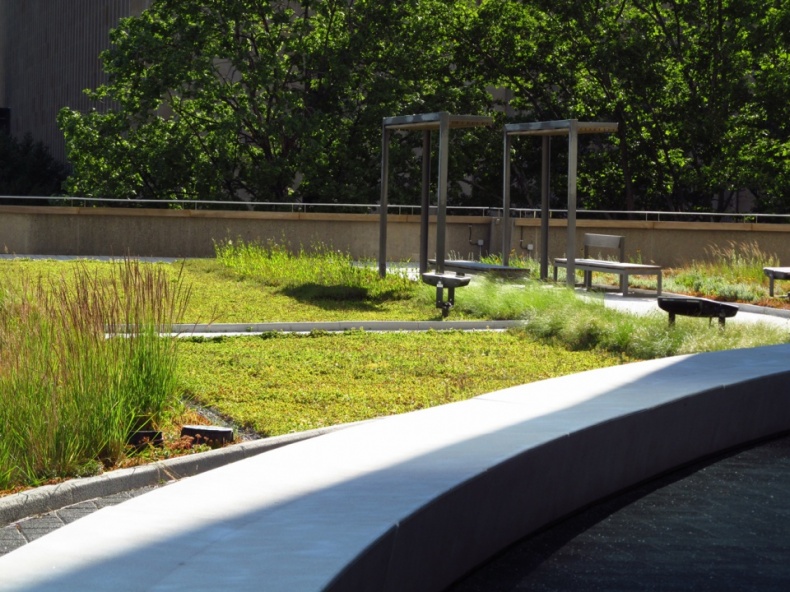 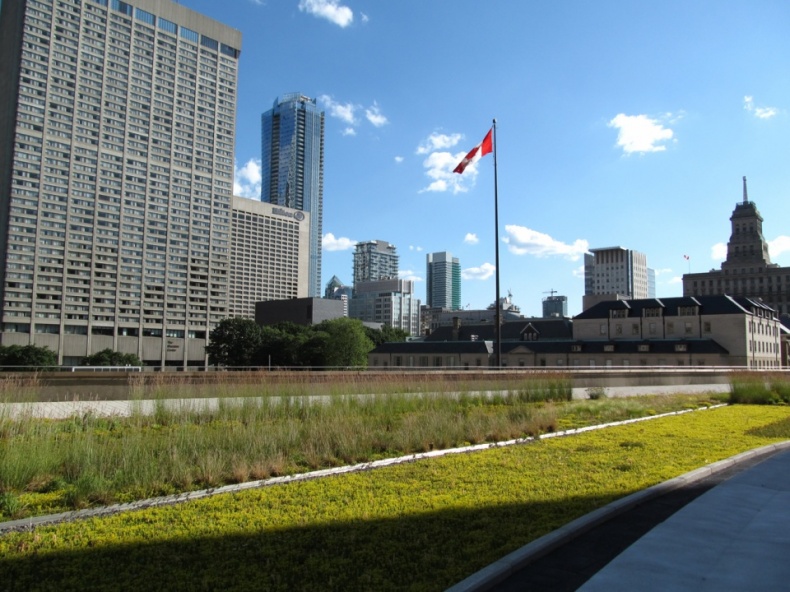