Ottawa has been trying to cool house prices down, and it has managed to slow the condo market. Despite its efforts, GTA house prices continue to rise, and the real estate market in Toronto is as hot as ever — especially for first-time buyers.

We've heard a lot about Canada's cooling housing market. What we feel, though, is a heatwave. Over the last four years, Finance Minister Jim Flaherty has tightened mortgage rules, believing it would cool the red-hot housing market primarily in Toronto and Vancouver, where prices sky-rocketed, propelled by low interest rates. This combined with the booming condo market definitely cooled the high-rise housing sector down last summer and managed to keep it low. Demand for the low-rise housing sector (comprising detached houses, semi-detached houses, and townhouses) shows no signs of letting up, though.

In March 2013, townhouse were the most desired type of property, judging by their 7.5 per cent rise in price and the 18.5 per cent fall in the number of units sold. The number of sales is lower due to their being fewer properties for sale. The average price for a townhouse was $450,104. 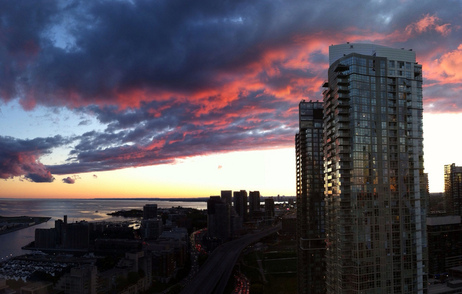 Semi-detached house sales dropped 15.1 per cent compared to last year, and only 314 units sold. The average price per unit keeps rising, and in March 2013, homebuyers needed to invest $607,334 for an average semi-detached house, which was 6.9 per cent more than last year.

The biggest change year-to-year was reported in detached housing sales. There were 975 houses sold for an average price $846,828. Sales dropped 21.6 per cent, again due to limited supply, and the price per unit has been rising steadily at 2.8 per cent.

And it's bringing out the worst in the industry: Underpricing to drive up competition for what little is out there and holding off accepting offers for days to create a frenzy of longing. It's become emotionally, physically and financially draining, for would-be home buyers, as well as agents.

We're not seeing as many first-time buyers getting into the market right now because of affordability, but there is a considerable pool of people who have bought over the past 10 years and have outgrown their condominiums.

Home supply in the Greater Toronto Area is bigger than in the City of Toronto, and therefore drops in sales weren't as significant as in the City. There were 4,756 sales reported in March 2013, which is 16.35 per cent fewer than the year before.

The best-selling house type and at the same time the biggest price riser was detached houses. There were 2,794 houses sold for an average price of $846,828. Sales were 16.4 per cent lower than in March 2012, but prices kept up and rose by 5.4 per cent.

The second most expensive property to buy in the GTA during the March 2013 was semi-detached houses. Homebuyers needed $403,031 on average for this home type, which was 3.1 per cent more that a year ago. There were 573 units sold, and a decline of 14 per cent in sales was reported.

There were 884 families that decided to purchase a townhouse, and this type of property saw the lowest decline in sales compared to March 2012 — 13.5 per cent. On the other hand, the average price climbed 4.2 per cent to $369,590.

Living in a condo apartment in the GTA is not as desirable as living in the same type of apartment in the City based on the Greater Toronto Area REALTORS® report. There was a decline of 17.8 per cent reported in sales, and 505 units were sold. Condo apartments are the most affordable housing option due to their low average price of $278,984 and their low volatility. The average price of a condo unit rose 1.3 per cent in year-to-year comparison.

Home ownership remains affordable for a household earning the average income in the Greater Toronto Area. There are many willing buyers in the marketplace today. While some households have put their decision to purchase on hold as a result of stricter lending guidelines or the additional Land Transfer Tax in the City of Toronto, other households simply haven't been able to find the right house due to a shortage of listings in some market segments,