The Vegetarian Festival Came to Town 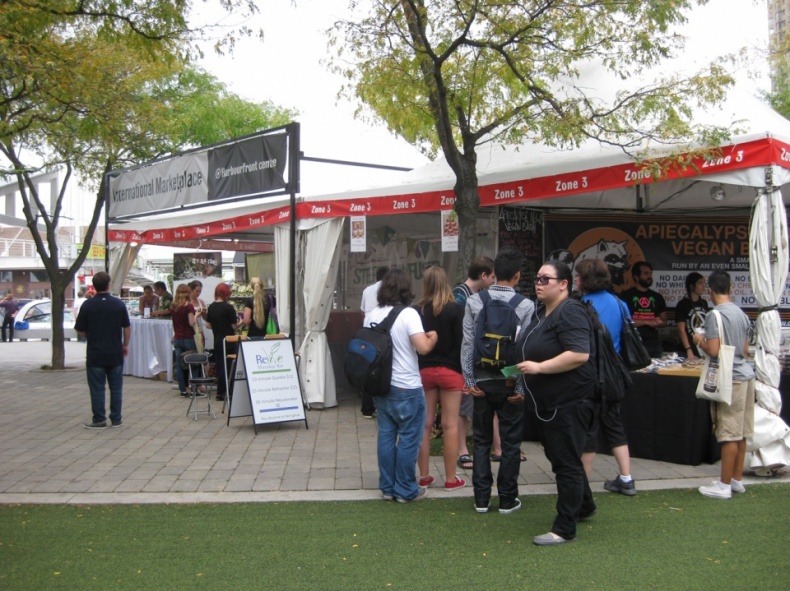 This past weekend Toronto was treated to a delicious and informative event: The 28th Annual Vegetarian Food Festival. It took place down at the Harbourfront Centre on Queen's Quay West and admission was completely free! Over 100 vendors were selected to set up shop in the park and surrounding buildings. The Festival was put on by the Toronto Vegetarian Association and ran Friday, Saturday and Sunday. Considering last year's Festival drew in 40,000 people, making it the largest vegetarian festival in the world — they certainly had a lot to live up to this time around. And despite some rainy and overcast weather here and there, it seems likely they were extremely successful this year as well.

This was one festival you definitely wanted to visit on an empty stomach. It was a sampler's dream! Almost every stand offered some kind of delicious treat. Dips, spreads, meat substitutes, smoothies, bars, baked goods and more. Even meat lovers were likely surprised by the amount of choices they were be drawn to. It must be admitted, however, that free food doesn't always bring out the best in people. So you definitely had to be prepared to take an elbow every now and then as people pushed to get to the front. But the vendors were certainly on their toes and worked hard to make sure everyone who was interested got to try. Many of the companies were there to promote their products rather than to make sales do there was no need to feel guilty about not being able to buy everything sampled. It doesn't hurt, however, to bring a reusable bag or two as chances are you'll find something you don't want to go home without — particularly because of the low at-show prices that you can only snag while you're there. Alternatively, grabbing one of the many coupons or cards offered seemed an effective method of keeping track of those products that you'd like to track down in the future.

There were also some great informational booths such as the International Humane Society, The Toronto Cat Rescue, PETA and other vegetarian and environmental awareness groups. This made it a great opportunity for people to stop by and learn more about the causes.

The layout of the festival was a little confusing as the booths branched off in different directions frequently. So it was a good idea to grab a brochure from one of the helpful volunteers dressed as peas, carrots and other vegetables. It was very doable to visit all the vendors within an hour or two. But it was important to keep an eye on the map so nothing got missed. Fortunately, in a worst case scenario there were signs around as well if you lost your way. 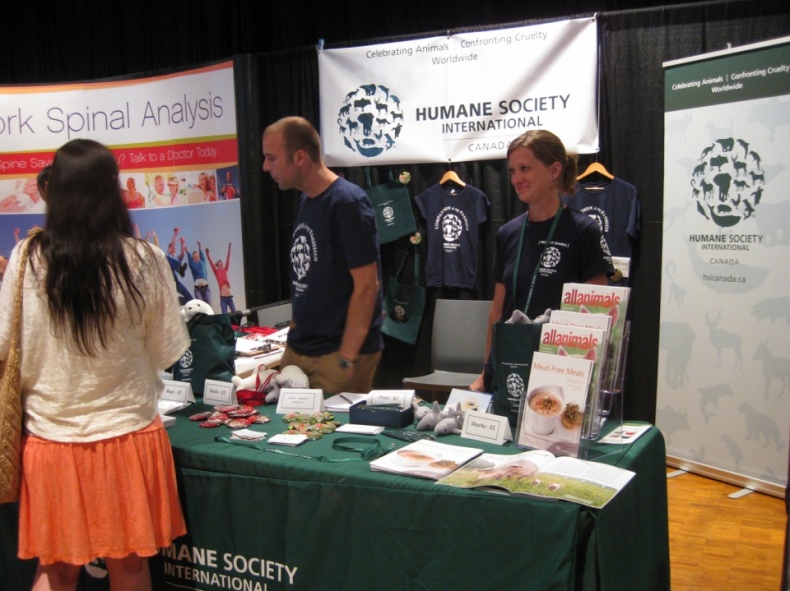 It may be called the "Vegetarian" Food Festival but there was plenty for people with all types of dietary needs. Many of the products featured were also raw, organic, gluten-free and nut-free. It was nice to be at a festival where unhealthy options didn't seem to exist. Instead, there were a whole lot of guilt-free goodies. This festival's idea of "fair food" is vastly different than any other. You were more likely to see people enjoying stuffed avocados and fruit cups than burgers and fries. There was plenty of cultural food as well so of you were in the mood for Indian or Chinese — vegetarian options were readily available. And for a sweet treat you could stop by one of the booths sampling coconut "ice cream", soy "whipped cream" and naturally sweetened baked goods for dessert. 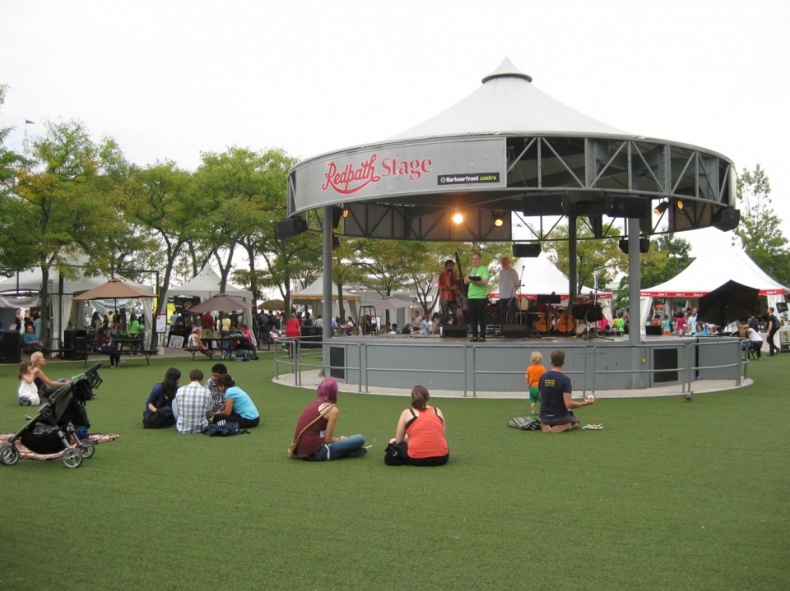 In addition to the booths set up from 4 p.m. Friday to 7 p.m. Sunday there was all kinds of entertainment going on at the Festival this year. A sizeable, round stage in the centre of the action hosted some informative speakers and upbeat live music. It also held interactive performances such as yoga and meditation where everyone who was interested was encouraged to take part. Every couple of hours a new talk or demonstration was being held on subjects from the plight of farm animals to how to cook healthy and delicious vegan and vegetarian dishes at home. There was also a free outdoor screening on the WestJet Stage of Del Sroufe's revolutionary health documentary Forks over Knives. They even had celebrity speakers such as Ellen Degeneres' personal trainer, John Pierre, and author of The 30-Day Vegan Challenge Colleen Patrick-Goudreau. With so many interesting presentations going on throughout all three days, the real question can become how you'll wrench yourself away from the Festival to get other things done. 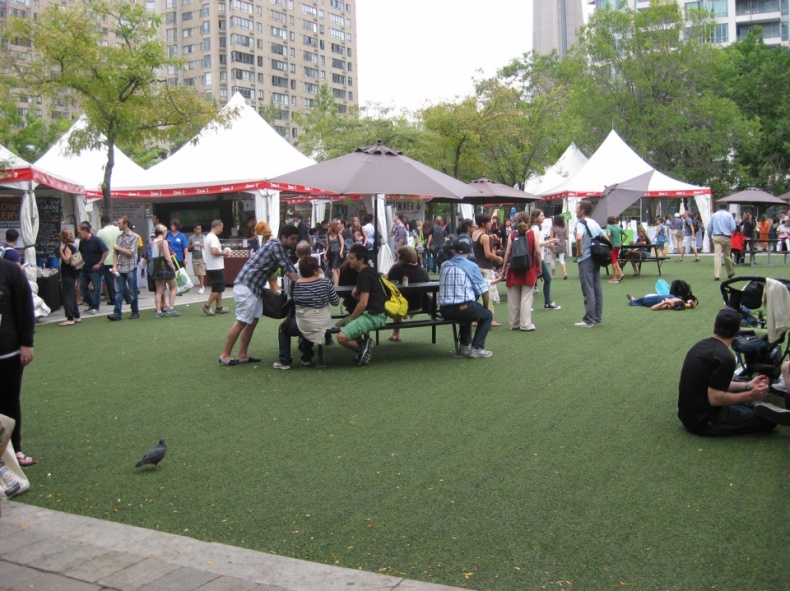 Whether you're already a vegetarian, are thinking about it or just want to learn more about the world around you and what you can do to help, the Vegetarian Food Festival is a great experience for all. The vendors and volunteers there are all very high-energy and excited to get the word out so if you're considering attending in 2013 — you can rest assured that all are welcome!