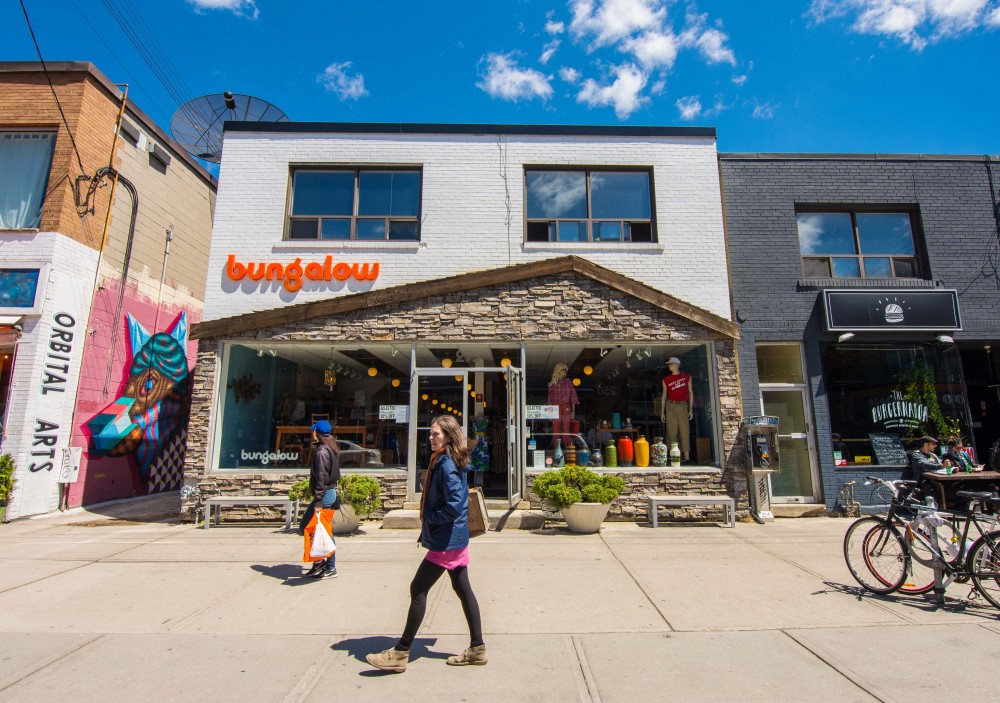 I can reach into a bin of fabric and go 'this is silk, this is cotton' without even looking. I was always interested in used clothing. My grandmother used to take me to flea markets and things as a child, so I developed an interest in it. I grew up in Nova Scotia and shopped at thrift stores all over Nova Scotia, and I got all my wardrobe and things from that. 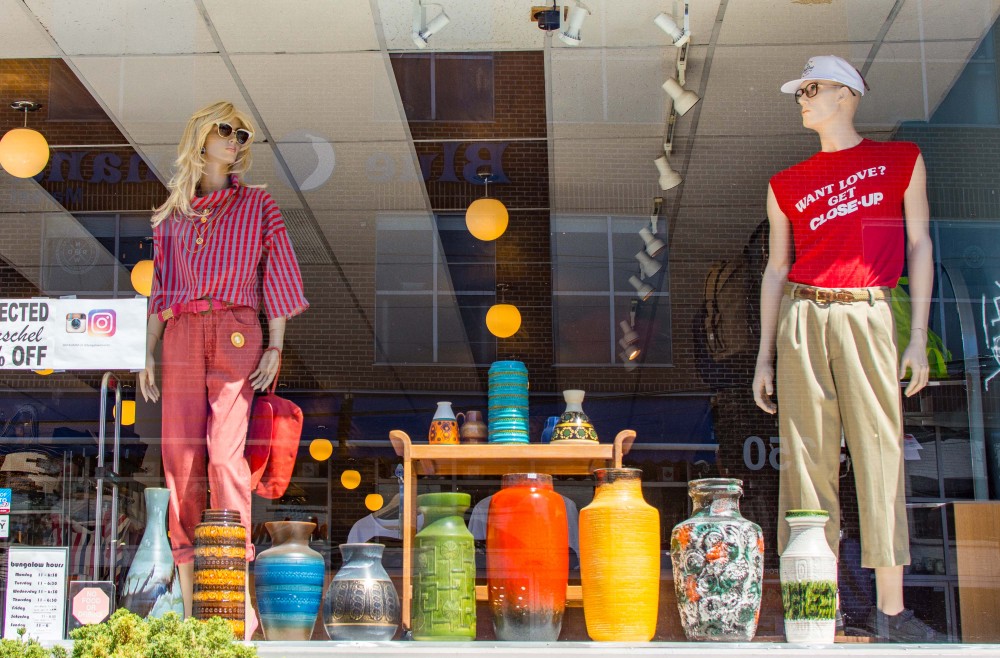 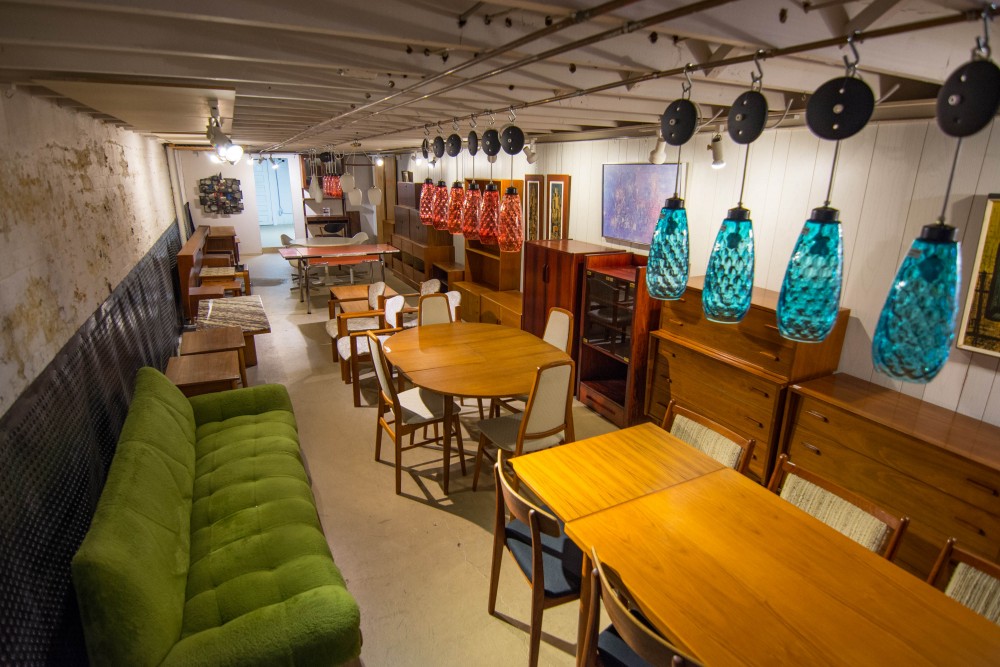 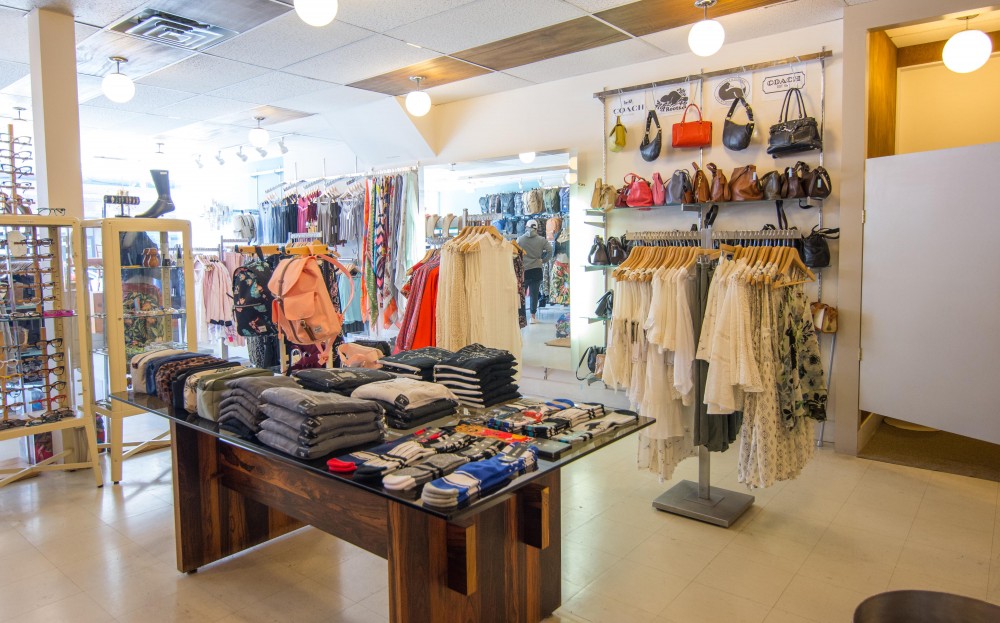 After years of maritime bargain-hunting, Salsman moved to Toronto, and met Jessica Zimmerman, whose mother owned a vintage clothing store on Baldwin St. The pair opened their own store nearby in 2004, at 273 Augusta Avenue, where they could catch the pedestrians streaming down to the heart of Kensington Market. They also decided to catch more customers by selling more than just clothing. Along with the racks of carefully colour coded new and vintage wearables, their store Bungalow also specializes in accessories, housewares, and furniture.

That last item came about partially due to the location itself, which was large enough to handle such space-guzzling items as couches and coffee tables, and partially due to Salsman, who had already begun to collect mid-century modern and Scandinavian furniture for his own use. Once space was filled, and Bungalow actually opened, and 13 years did little to change the place.

The new clothing section has expanded a bit, and we've started doing some stuff with local designers and things like that a bit. But we still carry pretty much the same kind of housewares, and mostly teak and rosewood from Mid-century modern Danish design. 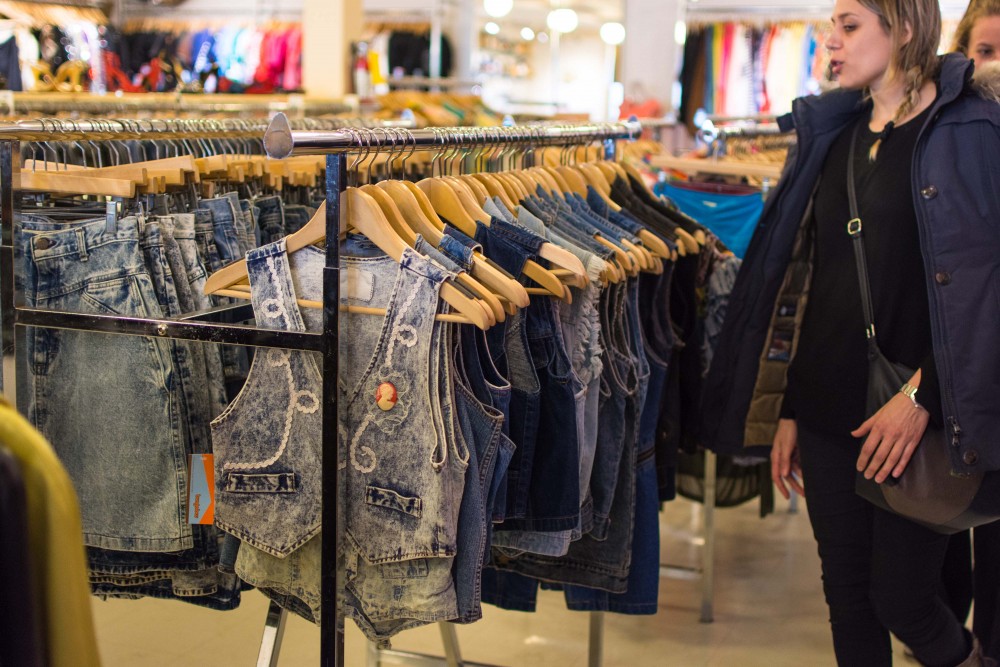 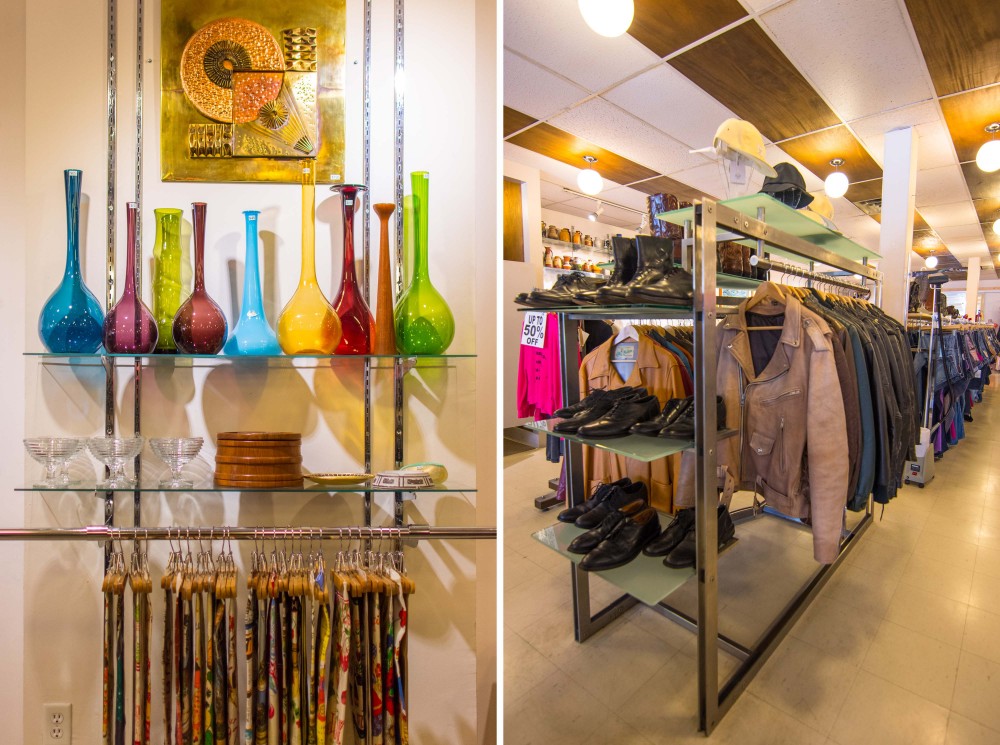 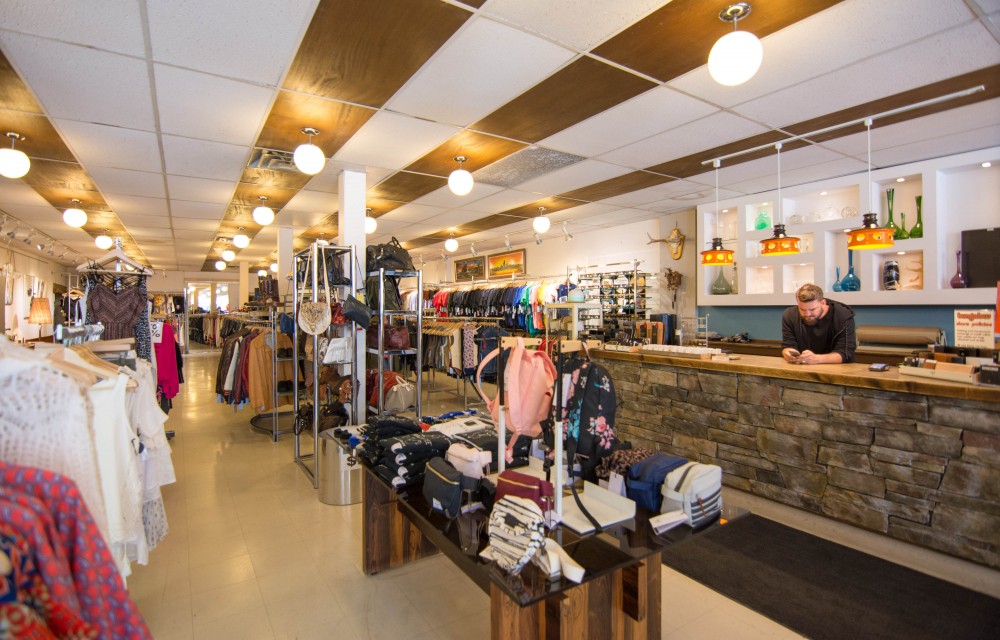 Given how many vintage clothing stores you can find in the Kensington area, I was curious to know how Salsman and Zimmerman had managed to not only stay afloat but flourish for over a decade. The answer, in part, has to do with housekeeping:

From the beginning, we were pretty much the first vintage store to have a kind of really clean aesthetic; and keep everything very organized and all on the same type of hangers – because we grew up in that hodgepodge of searching through over-crammed racks which smelled like, you know, vintage clothing. So we wanted to make sure that everything was clean and laundered and really well curated and colour-coded on the racks, and our store is kept very neat and tidy all the time. A lot of people just don't have the time or want to search and dig. But it's curated here, so you can come in and you know that things are not damaged, and you can get help with your sizes and things like that. I think that's how we compete.

Curated isn't a term I would normally associate with second-hand clothing, but it obviously works for the Bungalow gang.

We have a clientele that has been coming since we opened. We'll even get people who don't come for a few years and then they're like,'Oh, I haven't been here for so long.' And then, which surprises me even more, I'll be in the store sometimes three or four days in a week and I don't see one familiar face.

Having finally got around to visiting Bungalow recently, I can attest to both the tidiness and to the inviting openness of the place. The clothing is indeed well organized, and the other stuff, which when I was there included eyeglasses, ashtrays, paintings, a couple of hanging terrariums, and several old-fashioned rotary phones, is arranged in an almost artistic manner (this is less true of the furniture, most of which is displayed in a more utilitarian fashion in the downstairs rec room, but then, how artistic can one be with bed?). Since vintage is far from synonymous with thrift, I was happy to see that there is a considerable range of prices amongst the merchandise, which included two $10 racks, as well as a distracting collection of sequined tops.

So, where does it all come from? To my disappointment, Salsman wouldn't tell me where he gets his wares:

that's kind of a trade secret,

he explained, but added that, along with his secret sources, he also employs people to help search for interesting inventory:

We actually have pickers that go out with the furniture and stuff like that. We have pickers that come to the store. We go to estate sales... There are all kinds of methods that we find our things. The clothing is a little bit different. We have sources for the clothing, and then we go and pick from the stuff that they have chosen. 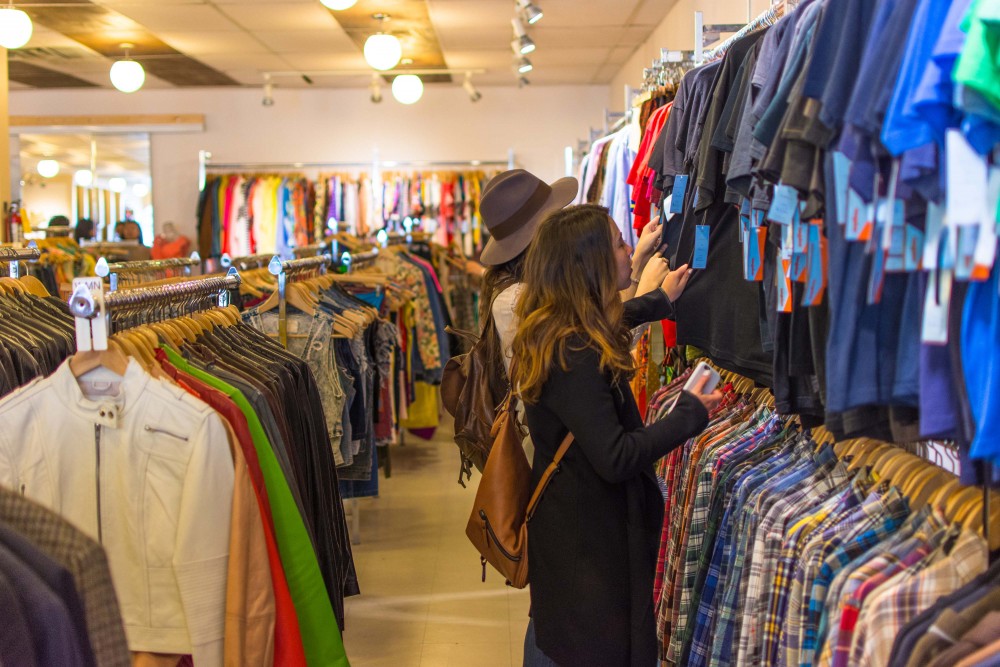 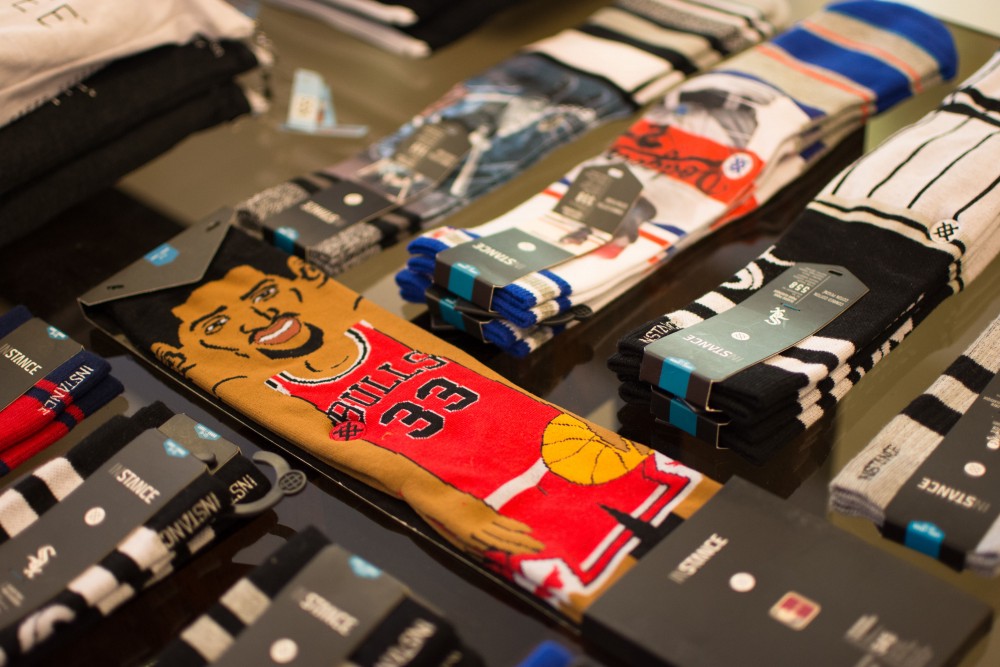 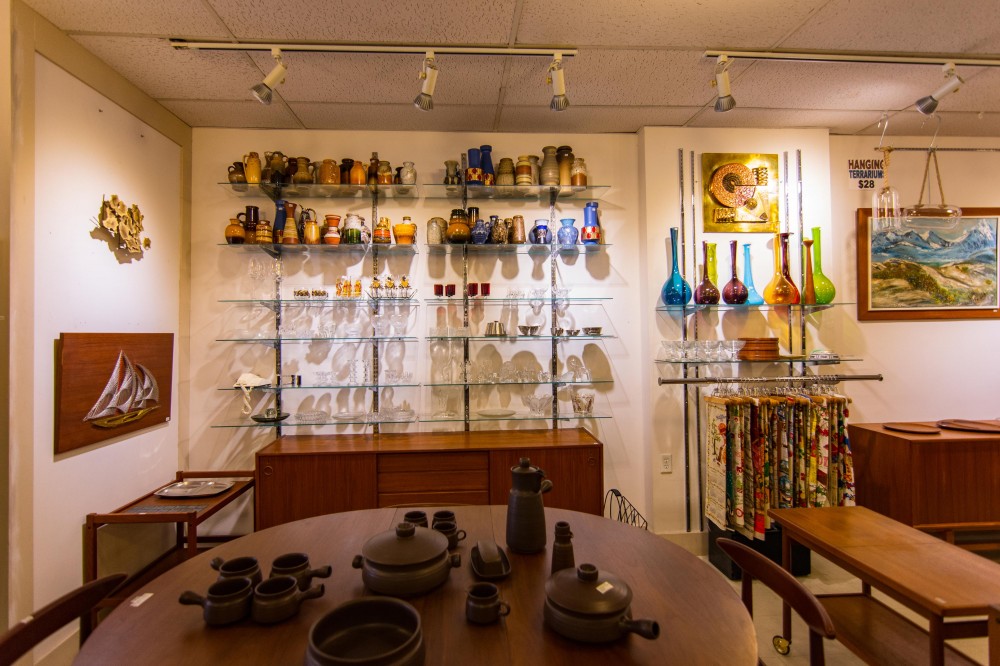 Fashion is infamous for changing, but neighbourhoods change as well, and Salsman has been in Kensington long enough to observe some of its shifts in personality. In fact, his store may have helped bring some of them about:

We were probably one of three stores that kind of changed the look of Augusta, I would say. There was Orbital Arts, which is next door to us, they were here when we moved in, and there was one other mid-century modern like, housewares type of store that was already here. At the time it was mostly the vegetable stores and things like that on this street, so we were really kind of the first people. And then some fancier restaurants moved in, and then some other stores started opening.

It's kind of changed even more because of the rents; a lot of people can't survive doing just a small vintage clothing store, especially on Augusta. So a lot of coffee shops have moved in, and restaurants and things.

Even the business of vintage clothing has evolved, spurred on by that most un-vintage of things, the internet:

There's way more competition, especially with on-line shopping and people doing stores like Etsy. It's changed quite a bit. I feel kind of like almost anybody feels like they can set up a vintage clothing store now. I don't know how many there are exactly in Toronto now, but it's getting up there.

The Bungalow itself is not exempt from this expansion into the cyber realm:

We'd like to continue on with what we're doing, I mean we're actually getting into maybe doing some online stuff as well. We did do it in the past, but we're kind of trying to expand our market a little more globally by doing some online things, either through Shopify or Etsy. 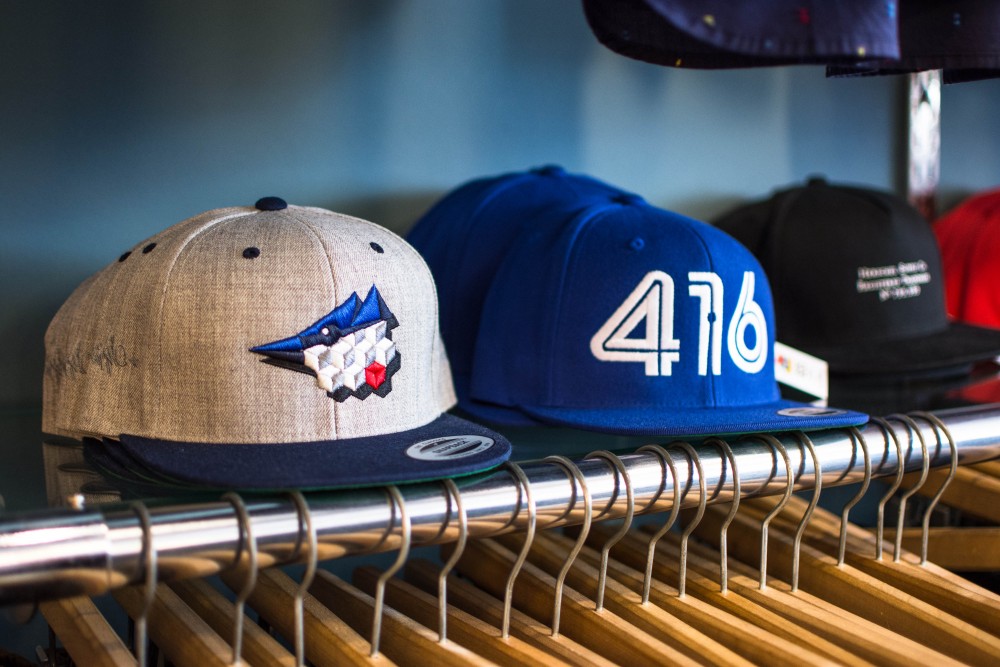 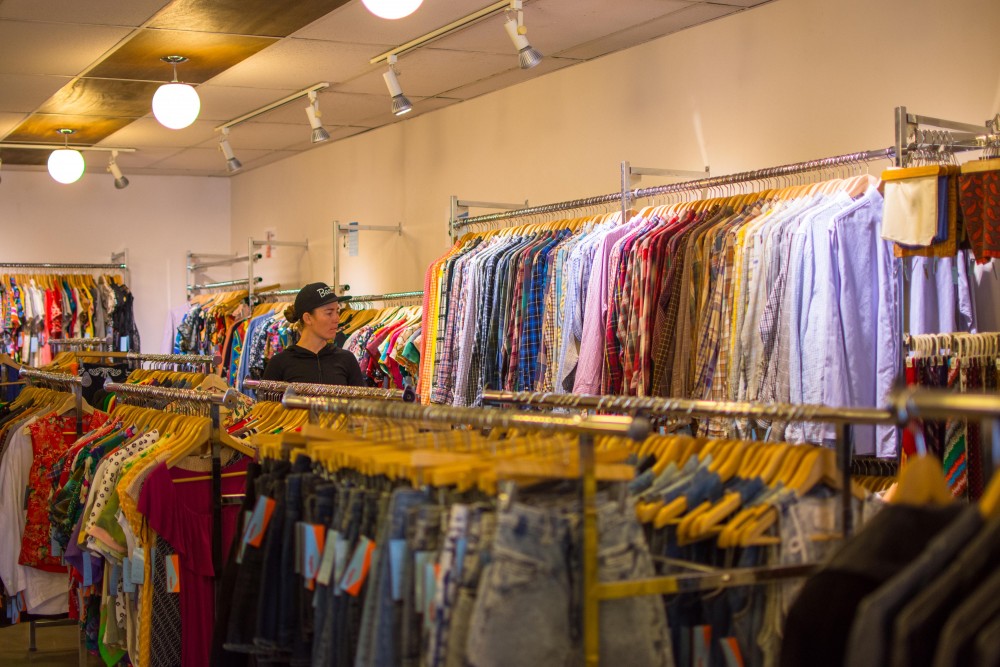 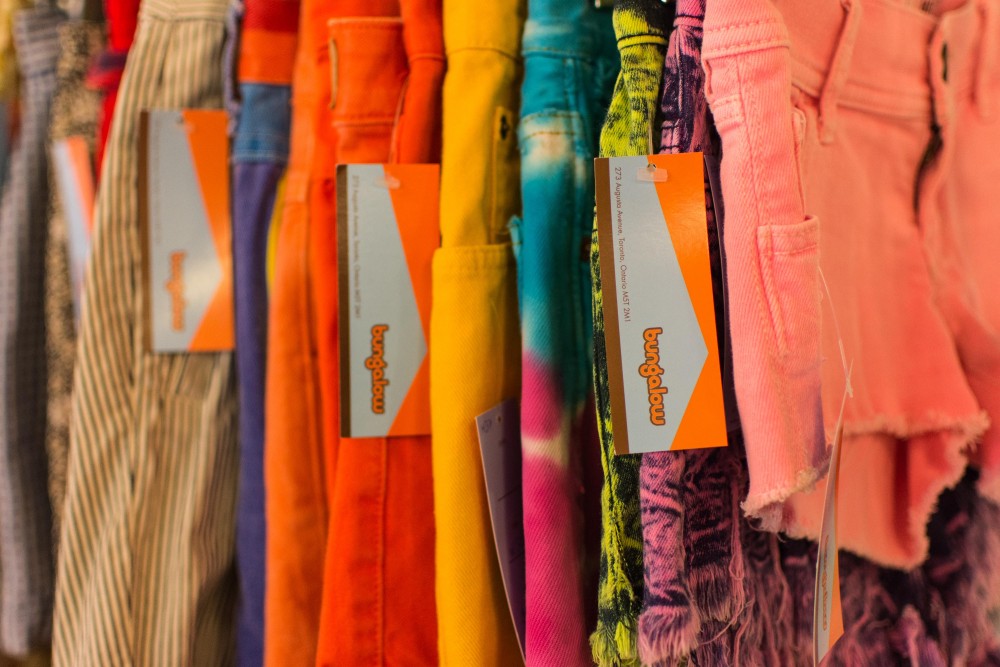 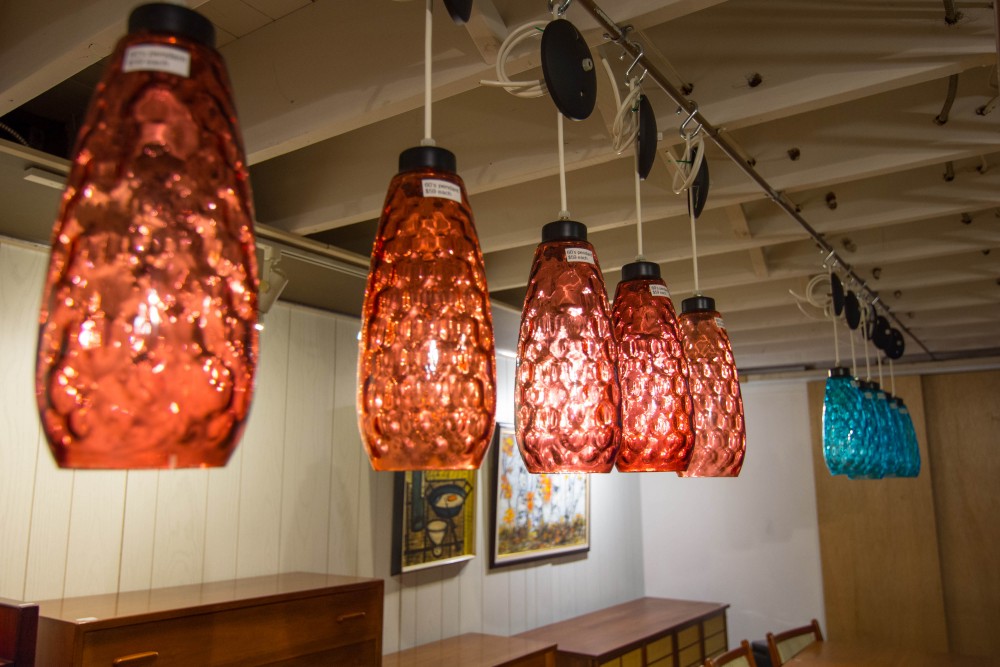 While I understand the appeal of online shopping, I have to say I'd miss real, physical locations like Bungalow, especially because, as Salsman took pains to point out, they clearly do put a lot of effort into their displays.

There's a lot of preparation going into getting the store completely turned around because we have to choose all the things that are going to go on the floor. Like, this goes out first, second, third, fourth, it has to be pressed, steamed, washed, whatever needs to be done to it to make it presentable to get on the floor. I think a lot of people don't really know the background. They're like, 'Oh, I can get this t-shirt at Value Village for two dollars.' But I don't think they know quite what goes on behind the scenes where there's a picker, and you have to drive to these places and get the piece of clothing and then you have to launder it and steam it curate it and all that stuff. I don't think a lot of people know what goes on behind the whole process.

I told Salsman I'd make sure people knew.