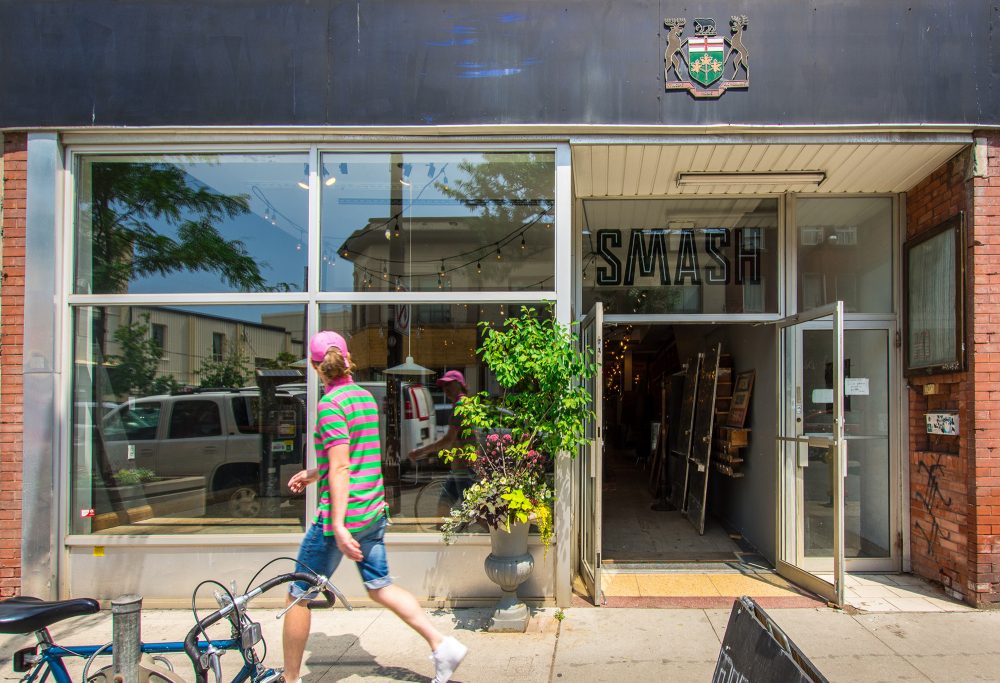 Edit: Smash relocated to Hamilton, photos below are from its previous Toronto location

There was a big dozy dog lying against the open front door of Smash when I first visited in late June. Once past this civilized Cerberus, I wandered through a single large, high-ceilinged room filled with the inviting smell of old wood, and lots and lots of signs.

Other interesting odds and ends included lots of small matching chairs, a big wooden spinning wheel (think Sleeping Beauty), a rather elegant glass cabinet full of old bottles, several ancient-looking hand-made golf clubs, and a number of large, identical paper cups. I'm no vintage expert, but I really wasn't expecting the cups. Of course, Smash is not your standard vintage store – if such a thing exists. Smash is salvage. 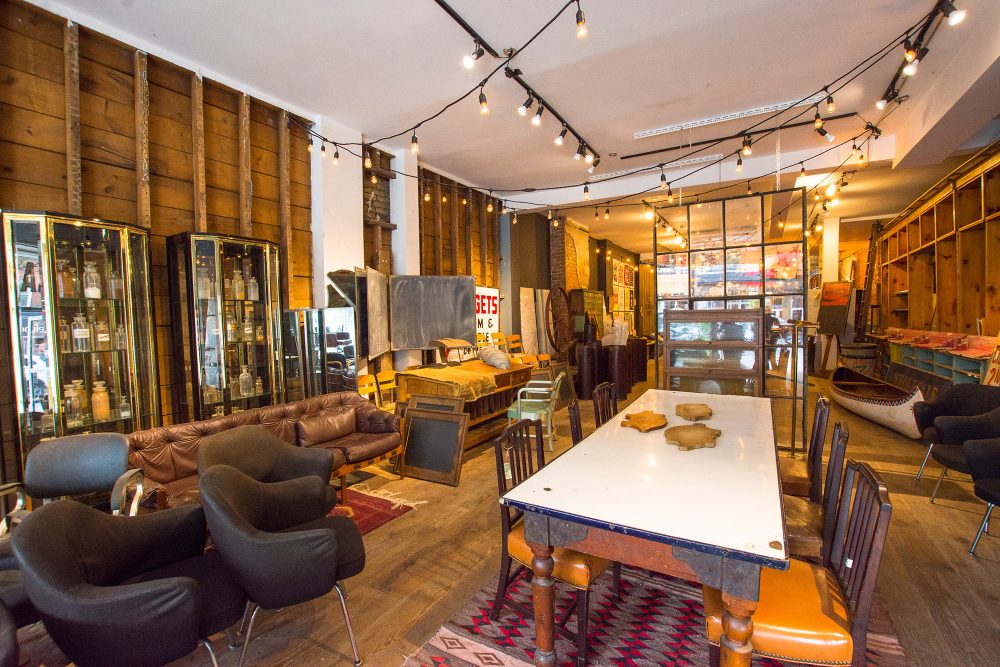 Smash opened in 2008, under the ownership of Paul Mercer, previously the co-owner and co-founder of the architectural salvage store Post + Beam across the street at 2869 Dundas West. At the time, the Junction area wasn't booming as much as it is now, and the relatively low rents required to snag a big, high-ceilinged store proved irresistible.

When I spoke to Mercer, one of my first questions was about the nature of salvage, and how Smash differs from conventional vintage or antique stores:

We're not worried about sort of snobby or name brand valuations for antiques,

I asked him about the difference between his approach to salvage and regular vintage or antique stores:

The spirit of salvage is; this is what we found, and we're going to sort of present it kind of a little more warts and all, and not trade on it being some purported blue chip item.

Furniture warts notwithstanding, you're not going to find just any old junk at Smash:

We just deal in character pieces. No ordering new things to fill avoid, or taking an easy route, but trying to only get nice, older, interesting harder-to-house things. Most items have some merit to them. It's not so much the price point, things can be quite inexpensive at the store, it's just that there's a pretty good chance that you're not going to find it anywhere else. 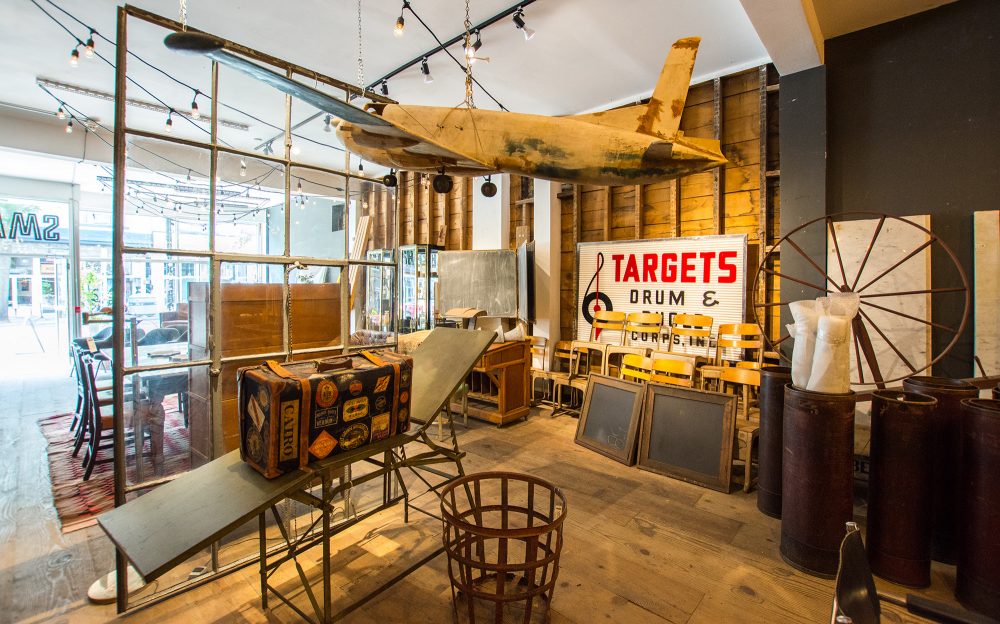 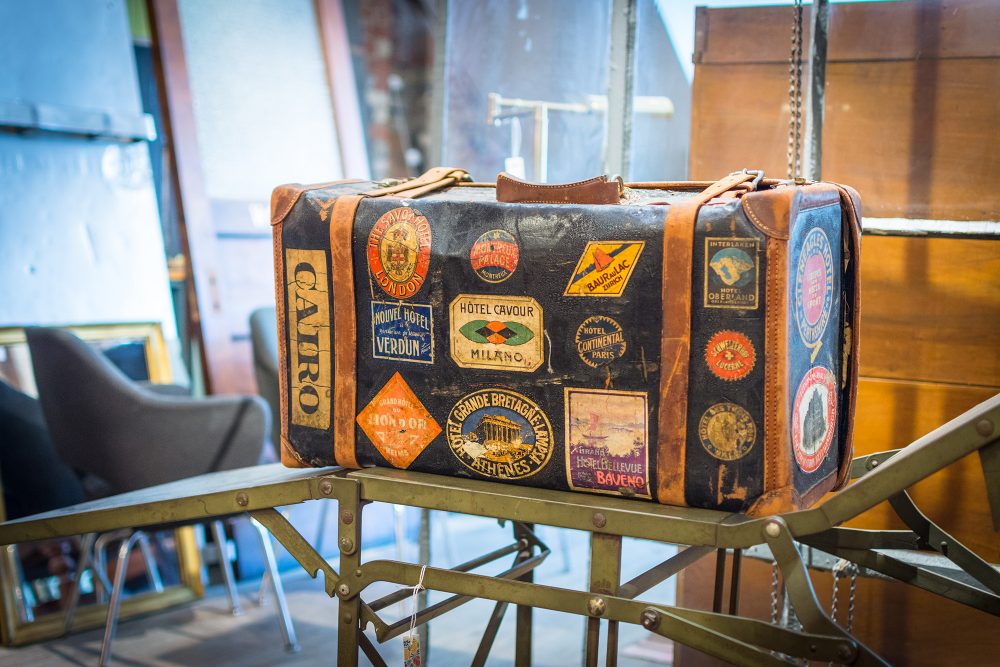 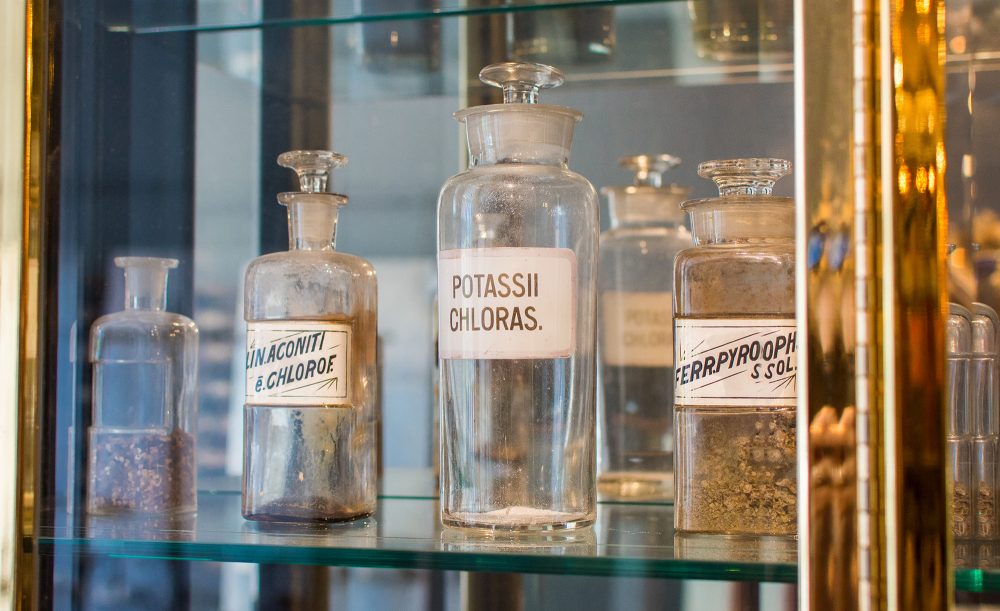 Mercer has had many years to develop an eye for the old, interesting, and unique. He sold items to antique stores "off the back of my pickup truck" during university, and later worked in the auction business:

Starting in the auction business was really really helpful to me personally, because you start to recognize things that stand out. So there's that kind of looking for anomalous, super-interesting things, combined with function. Knowing how to asses furniture that's going to be comfortable and saleable and well-designed. And not getting hung with things that might be interesting, but are utterly useless.

Part of Smash's unique character comes from the combination of this practical, unpretentious approach with a strong artistic bent in many of its employees:

We're just kind of a bunch of mental cases. Like we're all popular misfits. And everyone who's ever worked with me has always been really great and intelligent. A lot of creative people and we're pretty tight-knit.

Although Mercer says he doesn't go out of his way to hire artists, that's how it seems to work out; he's even hosted art shows at Smash, and sometimes uses the store to sell some of his employees' artwork. The silk screen studio in the basement began that way, when Mercer hired a pair of artists to work in the store soon after it opened:

They helped me renovate and then I thought I'd give them a studio so we had art shows. And the neighbourhood was a little bit more wild west back then, and I was happy just to be activating the space as much as anything. 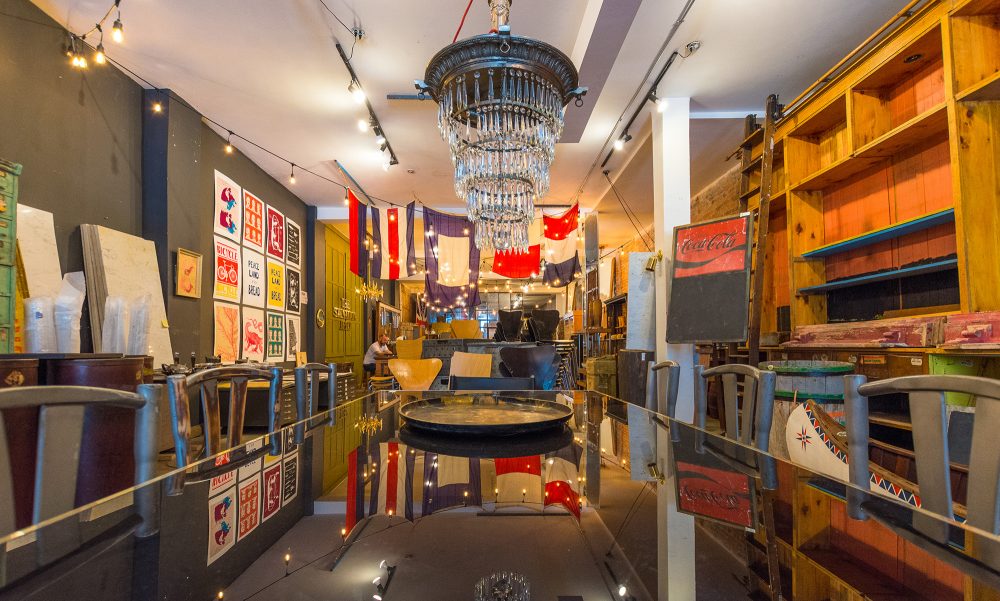 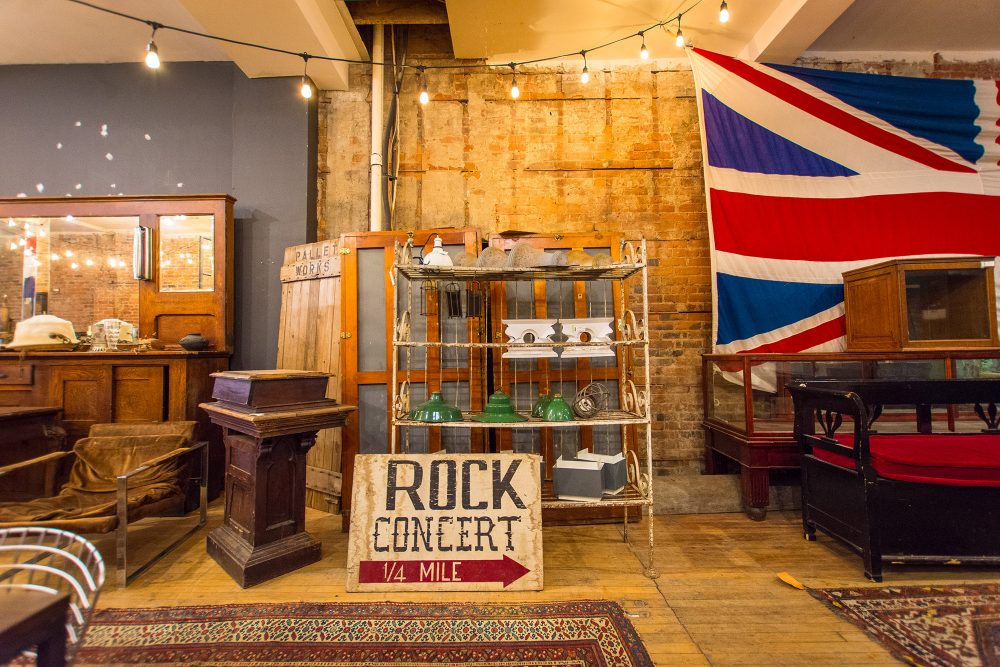 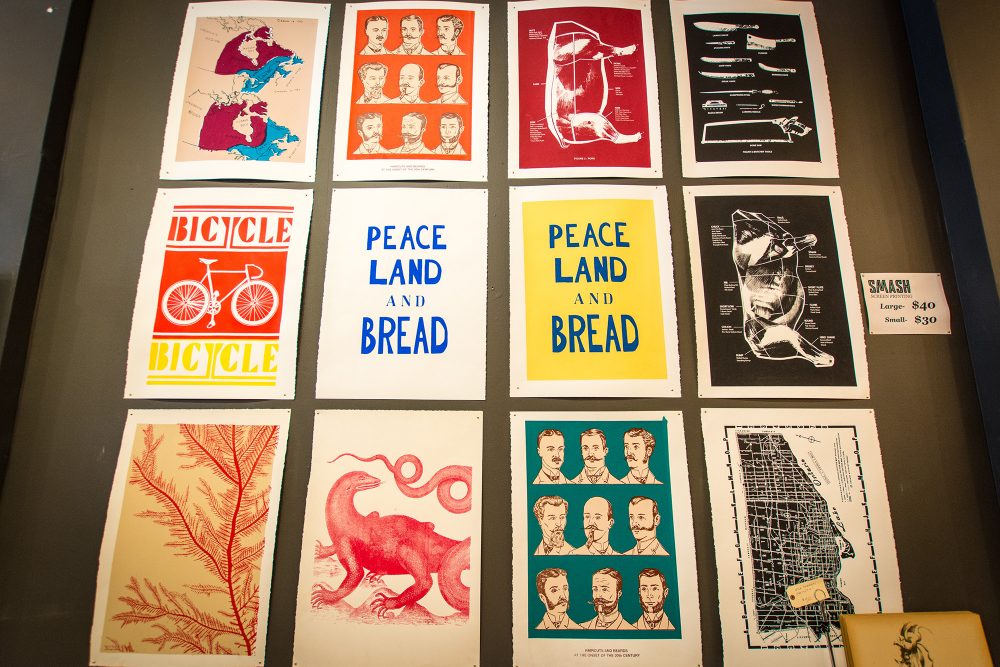 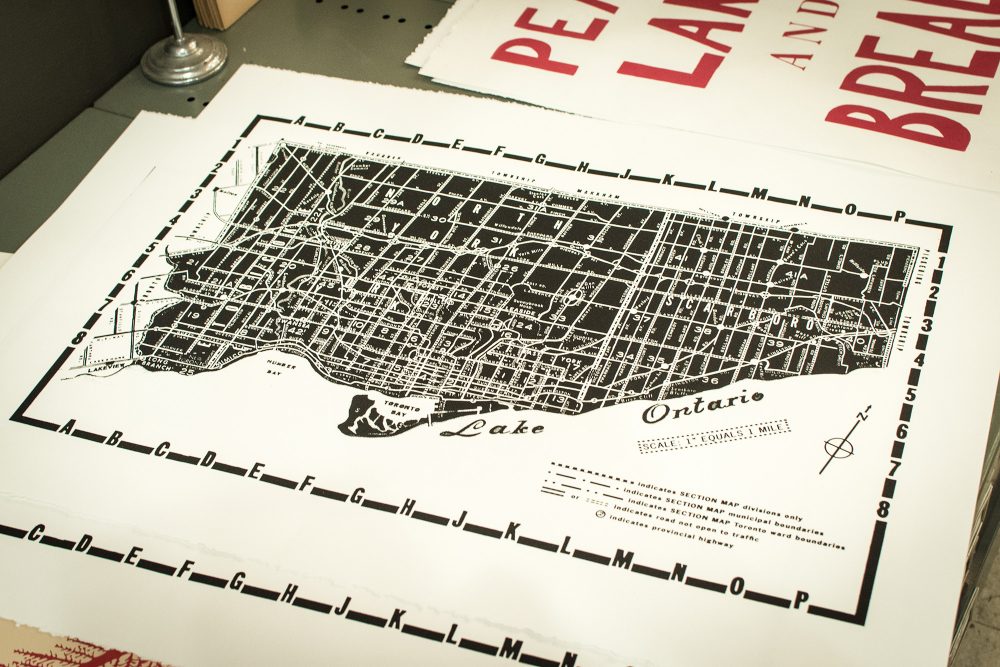 You probably wouldn't call the Junction "wild west" now, but the studio is still there, although the original artists have since moved on, as is the odd art show. In fact, while it's not a big part of Mercer's business, you can even rent Smash as an event space. Apparently, the unpredictably changing furnishings, and the fact that, as Mercer pointed out, there are usually lots of chairs, appeal to some adventurous souls. People have even had weddings there.

My favourite part of talking to furniture store owners is usually finding out where and how they get their wares. Given the salvage angle, I was even more interested in the secrets behind Smash's stock. To my uninitiated mind, the word "salvage" conjours up images of dumpster-divers, demolition sites, and perhaps something to do with shipwrecks. I was only two-thirds wrong:

We get our hands pretty dirty. I was digging stuff out of an old bakery this week, I was head-to-toe dirty and covered in flour. Today I'm going to a fancy antique auction. So it's hard to kind of pigeon-hole us. That's probably kind of been our success, we're not just a bunch of grease monkeys. Sometimes we're very sophisticated. 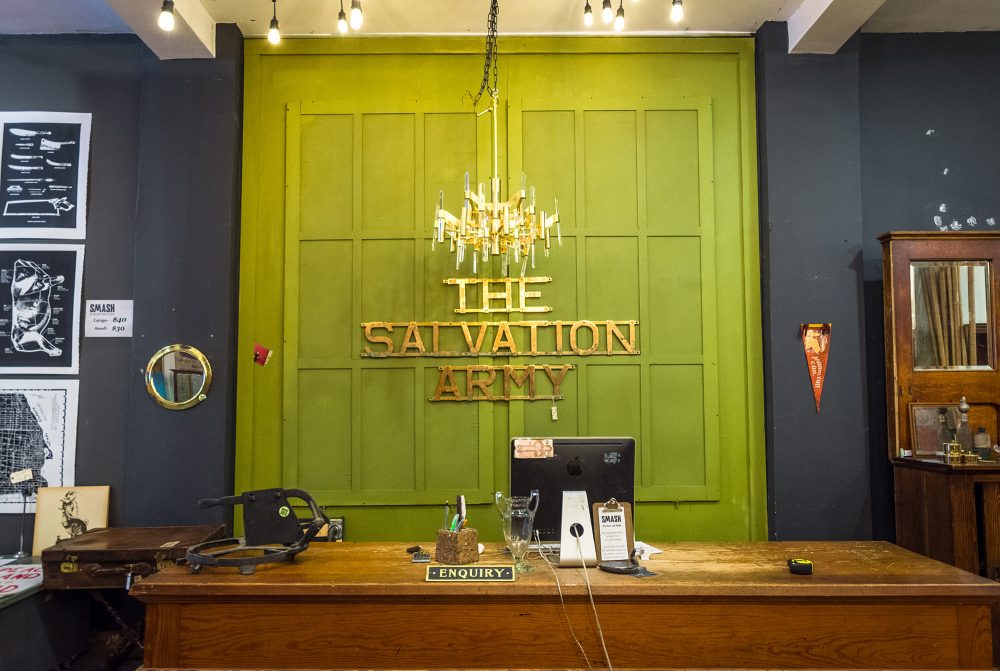 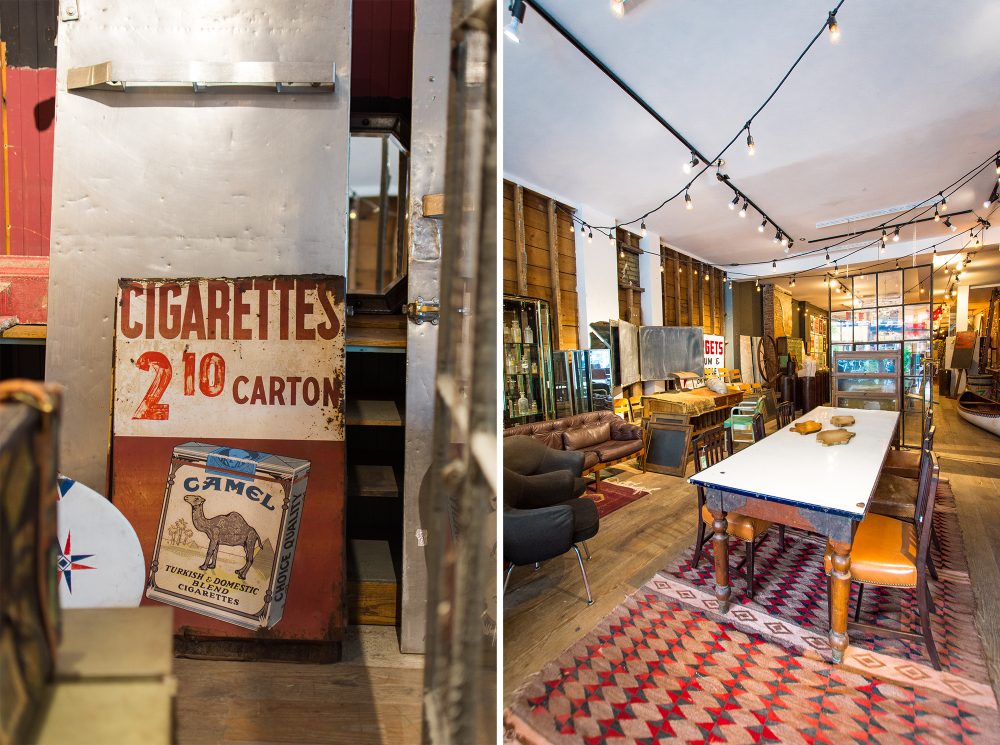 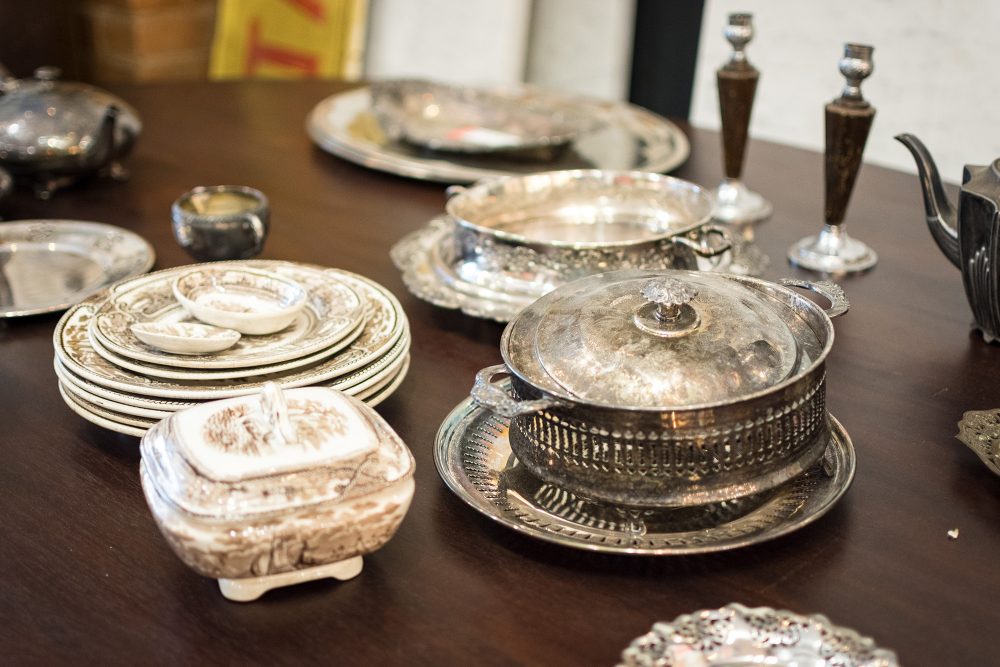 I’m not sure it it’s a mark of Smash’s occasional sophistication or not, but I was interested to learn that the store doesn’t just cater to private individuals:

We've built a good relationship with a lot of Toronto designers and entrepreneurs, stores and restaurants and that sort of thing,

He even sells to antique stores, and a lot of his customers are, in his words, "hugely loyal". In fact, they're one of his favourite aspects of his job:

I really ended up liking the retail aspect of it. I like the customer thing, I like meeting people. I'm really proud of just having a nice store for old people, young people, tattooed people, gay people... Just everyone. There's a nice energy in that store. 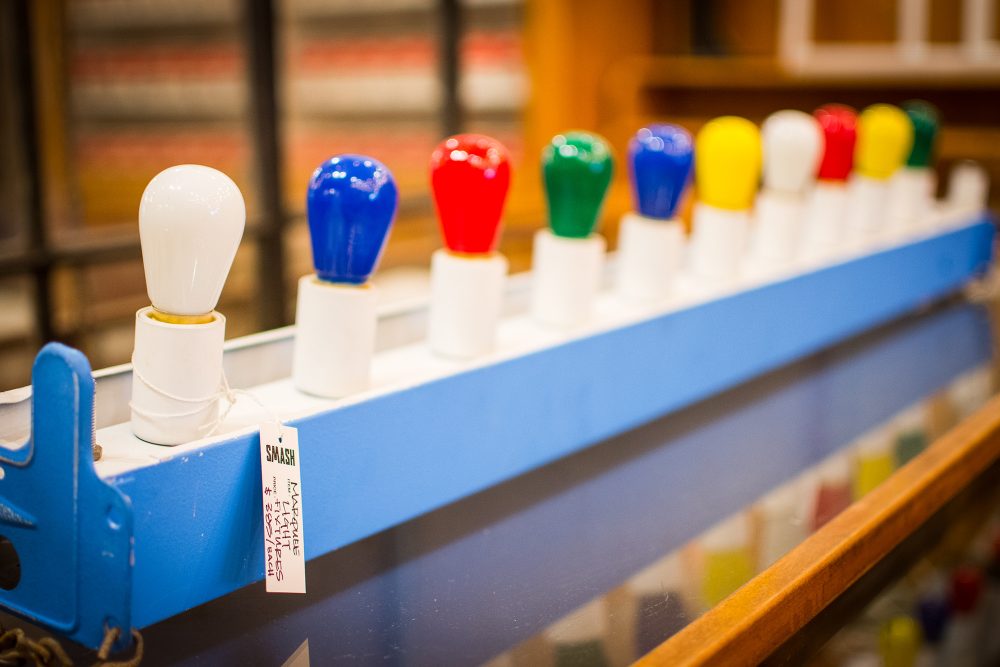 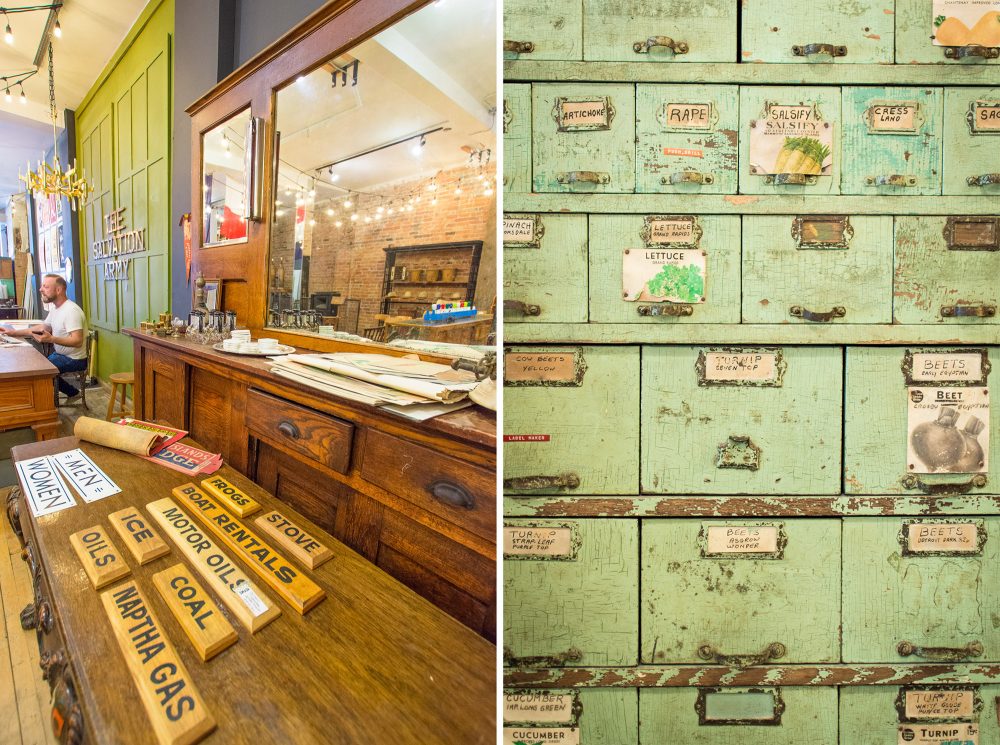 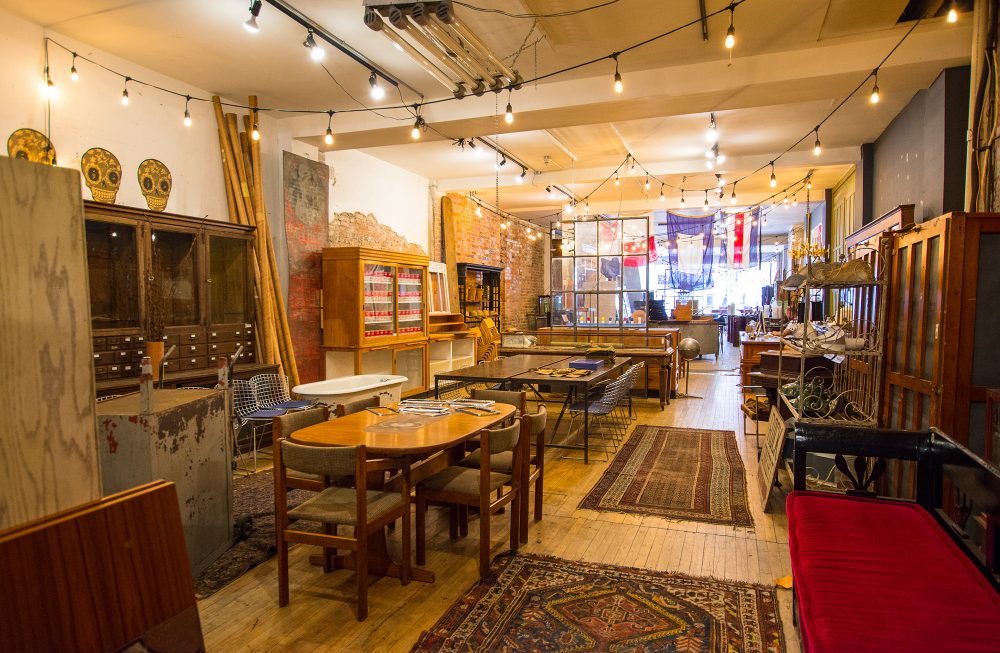 I have no idea what form Mercer's misfit-ness takes, but his final words on salvage struck me as highly unusual and important. He told me the story of a local hardware store that had recently been closed and sold. Mercer bought the contents and came himself with his assistants to help remove them:

We broke bread with the two old guys, who had run it for fifty plus years. They were the third owners, and they were local. I tried to talk them into NOT selling it to me, you know? I weep every time something comes apart. But we do this thing because we honour it. I don't want to over-state it, I'm doing it because it's my job, too. I'm the most proud of that we managed to be the guys to do the dismantling of an old place that shouldn't have come apart, in our neighbourhood. And the guys who ended up selling it made a heap of money and now they're sitting on some island and they're happy. My store looked beautiful, the guy who bought it is over the moon. Nobody got rich off it, we all just did our thing. And that's like my perfect world.