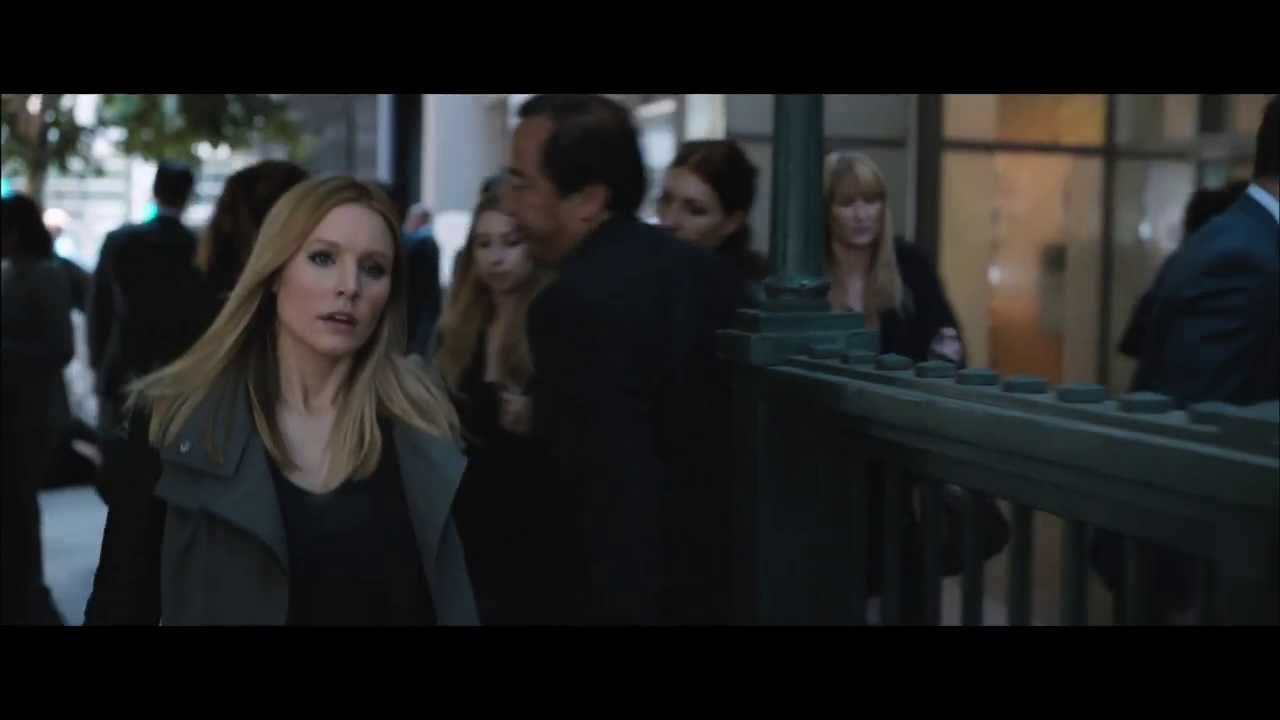 After breaking multiple Kickstarter records, enticing over 90,000 fans and backers to personally fund its creation and raising over $5.7 million, the Veronica Mars movie has arrived. And show creator Rob Thomas, along with his creative team, do not disappoint.

The film begins years after the series ended, with Veronica having moved to New York and given up what seemed to be a sure-fire career path towards becoming a private eye to instead pursue a career as a lawyer. She has also abandoned her hot and cold relationship with bad boy Logan Echolls (Jason Dohring) in favour of loving and reliable college boyfriend Stosh "Piz" Piznarski (Chris Lowell). But when Logan's new girlfriend is found murdered and Logan is the lead suspect, Veronica finds the pull of her old life hard to resist.

Like the show, the film is a brilliant mix of intriguing murder mystery, witty comedy, and undeniable romance. There's a crime to be solved, humorous banter to be enjoyed, and a titillating love triangle to be explored — all rolled into one neat little package. Plus, it doesn't hurt that there's one incredibly clever, tough-talking, fierce young heroine (played by the lovely and talented Kristen Bell) at the centre of it all. To top it all off, almost all of the cast from the original series returned for the film, and they've been joined by some fresh new talent and surprise guest appearances from well-known actors like Justin Long and Dax Shepard. Whether old or new to the Veronica Mars franchise, every single actor holds their own and there isn't a bad performance in the bunch.

It may have been seven years since Veronica Mars was last on the air, but the title role seems to come so naturally to Bell, you'd think no time had passed at all. Thanks to Bell, Veronica is every bit as sassy, smart, witty, and loveable as ever. She may have traded in her t-shirts and jeans for New York lawyer-worthy blouses and suits — but don't let the change in appearance fool you. At her core, she's still that down-to-Earth girl who will do anything for her friends.

Her playful banter with pals Wallace (Percy Daggs III) and Mac (Tina Majorino) is still fully present and her close relationship with one of the coolest TV dads in the world, Keith Mars (Enrico Colantoni), is still very much intact. Although Veronica may be a "marshmallow" with the right people, she's still every bit as tough as she was as a teenager and isn't above telling her high school nemesis, Madison Sinclair, exactly how she feels about her — or of wielding her trusty old Taser should the need arise!

Of course, any movie that attempts to continue a much-loved TV show in film form takes on the challenge of having its audience be a mix of existing fans and viewers who are new to the whole scene. The added challenge the Veronica Mars team was faced with was the fact those existing fans were the ones funding the actual movie. That's no easy tightrope to walk! Fortunately, the Veronica Mars film does so brilliantly.

The movie starts off with a quick opening montage to catch viewers up on who Veronica is, the people who are important to her, and the backstory of her hometown, Neptune, California. So whether you haven't seen the show at all or you need a refresher after the seven-year break between when the series went off the air and now, the opening of the film has got you covered. Thomas is also careful not to fill the film with "inside jokes" but rather uses subtle indications throughout to make sure viewers can keep up with what's happening regardless of whether they're familiar with the show.

That being said, however, chances are you'll have a different experience and appreciation of the film depending on whether you're already a fan. Does that mean someone who has no previous knowledge of Veronica, her friends, and her history won't enjoy the film? Absolutely not! There's just a bit of an added payoff for fans who get to see how Neptune and its citizens have developed since we last saw them. Ultimately, though, whether you're already a fan or just discovering Veronica for the first time when you sit down to see the movie, this witty and intense murder mystery is definitely worth watching.