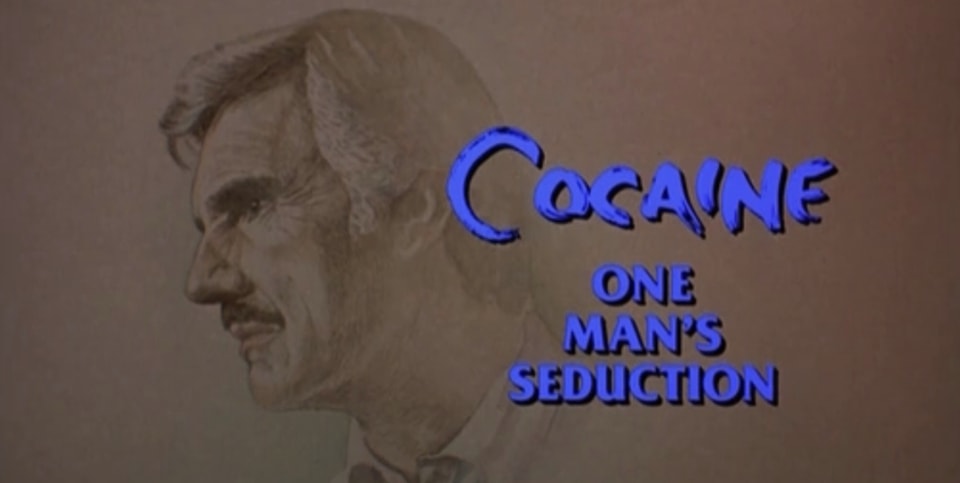 First off, saying that "Cocaine: One Man's Seduction" is about real estate is like saying "Trainspotting" is a story about Scottish youths taking a trip to London. Though Eddie Gant (played by Dennis Weaver) is a real estate agent that succumbs to the seduction of cocaine, the world of property sales is a backdrop for this story to take place.

Know also that this is not just a movie, but a "made-for-television" movie. In fact it becomes very clear from the opening credits with headshots drawn in charcoal that this is a lower budget affair. As well, not only does this movie try to stick to the stereotype of a made-for-TV film, it tries to be the shining example. 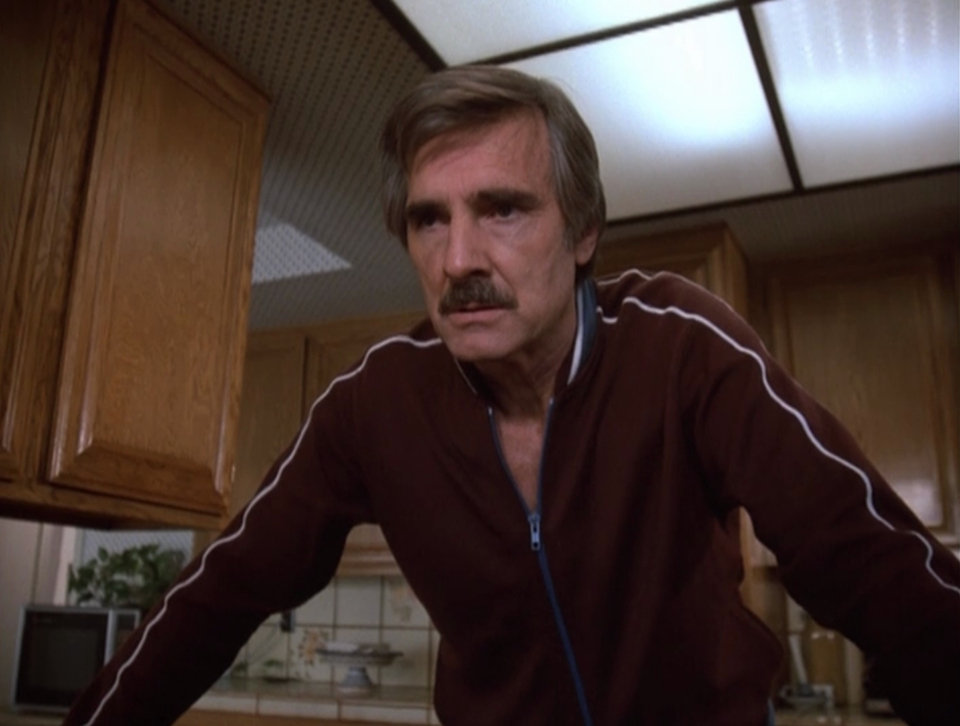 This all said, the casting is very solid. Dennis Weaver is well known for his role in McCloud and proves he able to handle the role of a real estate agent with ease. Jeffrey Tambor sets himself up for future roles that will make him great ("Hank" in The Larry Sanders Show, "Oscar Bluth" in Arrested Development), but the lines and direction that he is given make his character more of a caricature. James Spader shines in this film, and we see that even in his early days, he is a fine actor that steals the movie from those opposite him.

But again, this is all made-for-TV. Here's how the story goes:

Eddie Gant (Dennis Weaver) is a real estate agent that finds himself mid-table on the sales board. He is seeing his market dwindle and is feeling the pinch. He has money problems with bills coming in and his son Buddy (James Spader) about to venture off to college. Add to this that he is passed up for partnership at his real estate firm. His role at this point foreshadows Jack Lemmon's role of "Sheldon Levine" in the brilliant real estate film Glengarry Glen Ross. The same preconditions exist, but a different, very sinister 1980s path is taken.

Several times over the course of the movie, Eddie is offered cocaine. It's seen as the "thing to do" in the real estate circles.

This is where I get slightly offended. The success of the other agents is attributed directly to the use of cocaine. Not knowing the job, the market, the clients you attempt to sell to. The reason you succeed is because you are using drugs.

It is after Eddie has a prospective walk out from on him at a showing that he succumbs to peer pressure, turns his attention to cocaine and takes his first hit. What does he have to lose except his losing streak? 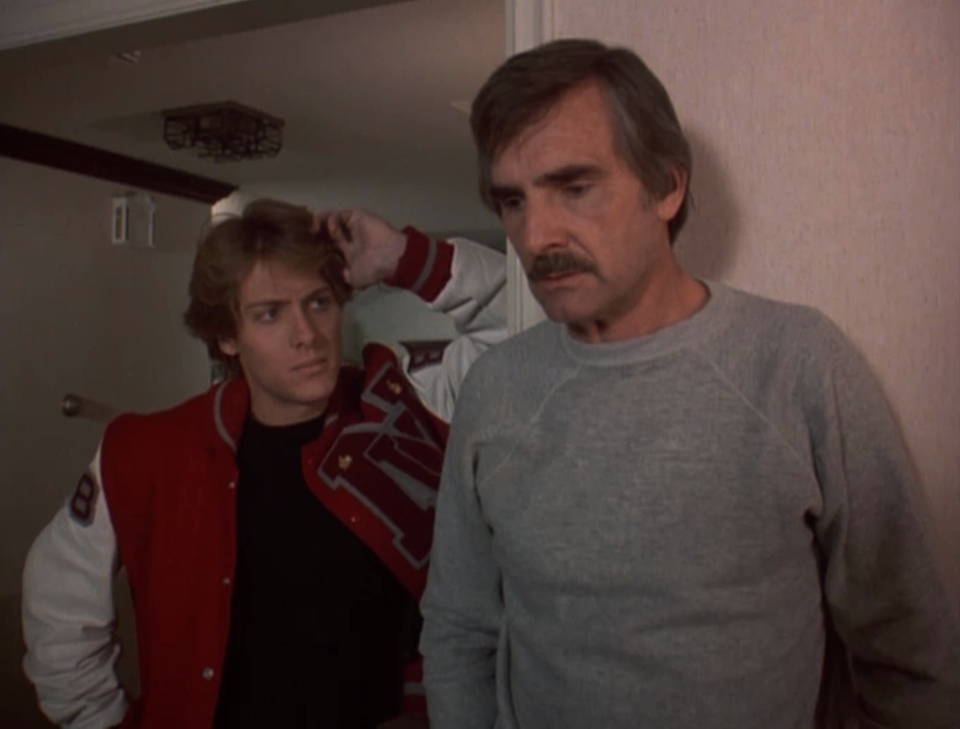 He then immediately rattles through every single stereotype of a person on cocaine: Eddie is manic, mind racing, working until all hours without sleep, repeating his usage, and constantly sniffing as if he had hay fever. It's the made-for-TV mantra of "Squeeze in as much as you can in 90 minutes".

It's not just the real estate agents that are users. His poker buddy Mort Broome (played by Jeffrey Tambor) is also a user, excusing himself to go to the bathroom every five minutes. We then get to celebrate Eddie's use. He becomes more successful, his focus on the real estate market and tailoring bids to his client is increased ten-fold. He loves his wife more. On cocaine, everything is better.

Suddenly, as with all things, the crash occurs and Eddie comes close to losing his family, his career and even his life. This is all played out in an over-dramatized, over-the-top performance. In the space of 20 minutes, real estate agents are going to jail for dealing, Eddie rummages through the garbage for one last hit before a big presentation, becoming paranoid, hospitalized and standing before a judge.

The message that "Cocaine is Bad!" couldn't be more in your face than if the words were captioned at the bottom of the screen throughout the entire film. This ham-fisted approach is best summed up by Eddie's Emergency Ward doctor who tells Eddie's wife that Eddie has "cocaine poisoning" and that "this isn't his first overdose tonight." All good stuff for a made-for-TV movie. 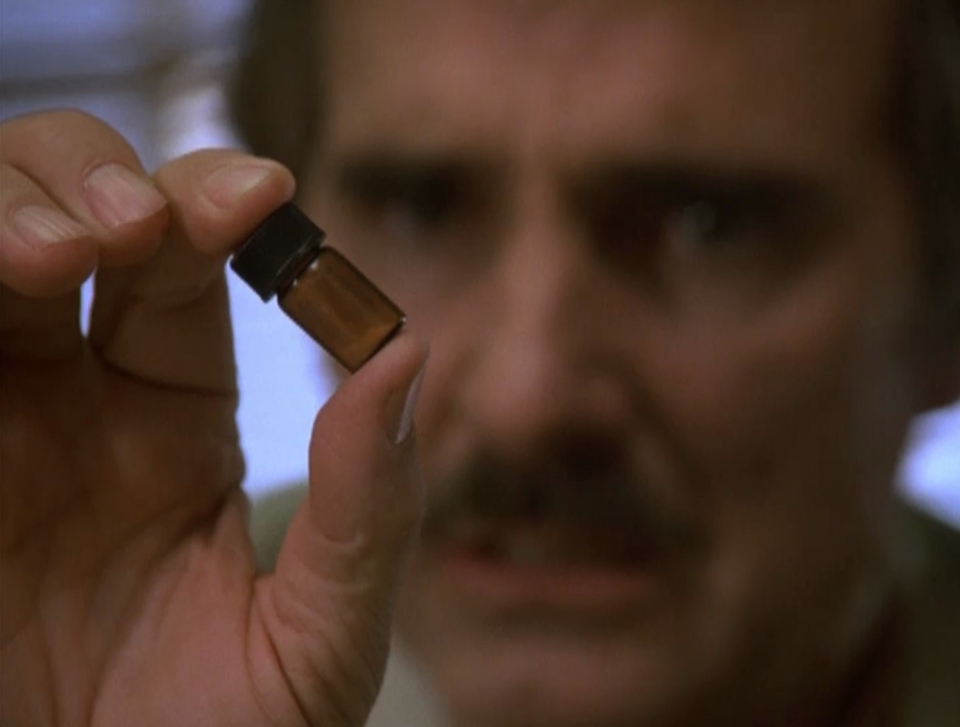 All of the high drama is super concentrated to the point of being cloying. This is a movie about cocaine use, not about real estate. Real estate is there, but is used merely as the vehicle for cocaine use. To be honest, I am not a fan of the fact that they have chosen the stereotype of my career choice as the medium for the message. It becomes very clear that those succeeding in real estate are doing so because they are using. There is real estate jargon used throughout, and in the start of the film, Eddie helps plot the future of a young couple trying to buy a house. That they are trying to talk the owners of a three-bedroom house down to $100,000 gives a sense as to when this movie was made.

If you're trying to peer into the life of a real estate agent this movie in no way delivers. It provides a context to hammer home a rapid delivery of a message that cocaine will ruin your life. Despite the performances of Dennis Weaver and James Spader, you are better off taking the same amount of time and watching Glengarry Glen Ross. That said, Spader is really good in this.

Knowing this is a made-for-TV movie, you can enjoy the "kitch factor" of it. Some of the acting rises above it, but the stereotyping of real estate agents in the 80s as coke heads doesn't give this one a passing grade.