A good laugh and a long sleep are the best cures in the doctor's book. - Irish Proverb

It's a brand new year! We're all recharged and renewed from the holidays, and hope you had time with family & friends, for fun and relaxing celebrations. Mary & I spent our first Christmas as a married couple at Crooked Creek - transformed into a snowy winter wonderland - with many of the Palacios clan and we rang in the New Year there reflecting about wonderful 2007. One of the many highlights of the season included our own Christmas party which allowed us to donate a treeful of presents to the Chum City Christmas Wish for needy kids through the generosity of those who attended! We also enjoyed a fabulous office party hosted by our manager Kevin Somers, who will be pursuing a career promotion next month.

KJ & Tori spent a quiet holiday relaxing at home and in Kingston. KJ took Cassidy skating and skiing for the first time and she fell in love - a chip off the old athletic block - while Tori rested from having her wisdom teeth out. Jen divided her holiday time between our cottage and her own "Hacienda", where her fabulous bedroom makeover has transformed the space into a relaxing oasis she doesn't want to leave.

Nicole held down the fort at the office but there was still plenty of time for her to enjoy a great holidays, first on a trip to New York with partner Mark, then with friends and family. She is also now a fully licensed real estate agent, a major achievement - all that studying is paying off! The wintry weather didn't stop Elise from going on her honeymoon in Montreal with husband Steve. Some of the coldest weather on record was an excuse for the lovebirds to stay in - and later to tour the Old City. When they returned to Toronto they were surprised to find their pet hedgehog Hedgeworth, formerly believed to be a four month old baby, had given birth to two babies of her own!

A special professional achievement was achieved by our Team this year. For the third time in a row, we were selected for the National Chairman's Club award, (the top 1% of Royal LePage realtors). We moved up 47 spots this year to #32 out of over 14,000 colleagues across Canada! We appreciate that this success was aided by you, our treasured clients and friends, who have demonstrated so much faith in us over the years. Thank you for introducing us to so many people that we could help guide through one of their biggest financial and emotional decisions. As you know, we are committed to continually educating ourselves and improving our systems so we can continue to be the Team you trust. We're adding some great new benefits to you this year - stay tuned!

Finally, we are very pleased to announce something special for you! Last year we launched the new & improved juliekinnear.com with the new Toronto neighbourhoods guide to give clients a visual, comprehensive & fun scoop on the neighbourhoods we live and work in. It's interactive - and we would love to hear what you have to say about our great City! Log on to add your own restaurant, event and retail reviews - it will be the personally preferred list in your neighbourhood for the very best shopping, dining and entertainment. Added value for all of us, especially those of us who know the value of referrals! For every 5 reviews YOU post, you will receive a $10 Second Cup Gift Card - perfect for the cold days coming up.

Looking forward to a closer relationship with you in 2008,

Telephone books make up almost 10 percent of waste at dump sites? Like most people you're probably using an online directory anyway. So why not call to stop the delivery of your traditional paper phone book?

A healthy 4,646 sales in December propelled 2007 sales to a record setting 93,193 sales, TREB President Maureen O'Neill announced today. "Year-end sales are up 12 per cent over last year and up 11 per cent over the 84,145 recorded during 2005, the Toronto market's previous best-ever annual performance."

On a year-over-year basis, prices rose seven per cent to $376,236 from last year's $351,941. The annual time-on-market figure stood at 32 days versus 2006's figure of 34 days, meaning that over the course of the past two years it has taken homes within the GTA barely a month to sell on average.

The JKT-List: A Few of Our Favourite Things!

Elise
Maybe they don't have a wide selection, but Elise fell in love with the personalized sandwiches at Black Camel Café and Sandwich Bar in Rosedale. A great place to stop to for a quick lunch.
Julie
Between her November birthday and Christmas, she was spoiled with some amazing gifts - among her favourites, her new iTouch.
Nicole
Just loves shopping at the Big Carrot at Chester & Danforth. They have an amazing array of fresh organic produce, baked goods, meats and a full vegan restaurant - as well as fantastic natural products for bath & beauty
KJ
Fell in love with the gentle people of Morrocco during his fantastic two week mountain biking trip there last November

See a For Sale Sign/Sold you were wondering about? We are happy to let you know about houses in your neighbourhood - feel free to contact Nicole directly at:

"The sale of our home went extremely smoothly - Julie is a true professional, amazing at her job. We felt 100% confident in her advice and guidance through out the process. We also appreciate her sense of humour, as well as her calm and candid ways."

A continuing column of
the Julie Kinnear Team's Sales 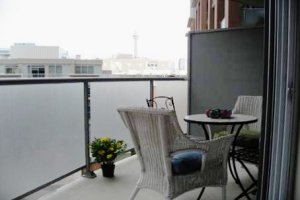 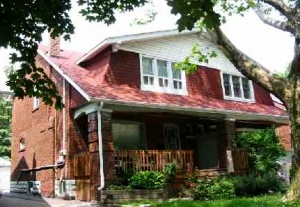 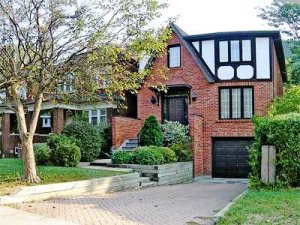 The tradition of the New Year's Resolutions goes all the way back to 153 B.C. Janus, a mythical king of early Rome was placed at the head of the calendar.

With two faces, Janus could look back on past events and forward to the future. Janus became the ancient symbol for resolutions and many Romans looked for forgiveness from their enemies and also exchanged gifts before the beginning of each year. January 1 became the beginning of the New Year in 46 B.C., when Julius Caesar developed a calendar that would more accurately reflect the seasons than previous calendars had.

New Year's is the only holiday that celebrates the passage of time. Perhaps that's why, as the final seconds of the year tick away, we become introspective. Inevitably, that introspection turns to thoughts of self-improvement and the annual ritual of making resolutions, which offer the first of many important tools for remaking ourselves.

Thanks for reading, The Julie Kinnear Team: Your online resource for Real Estate info in Toronto.