It's a new year and lots of people have chosen a new resolution - keep at it! The Julie Kinnear Team is cheering for you! There may be a reason why you find it hard to keep already!

"Bad habits are like a comfortable bed, easy to get into, but hard to get out of."

Happy New Year to you, my dear friends and clients. It was fun with the New Year having turned a new decade too! There is much to look forward to, as well as much to reflect upon. Many of you may recall my cancer experience, well that started just over 10 years ago. When the year 2000 was rung in, I had just been diagnosed, with the treatments still ahead. How grateful I am for your long time continued support both personally and professionally and for my ongoing good health! I wish you all your best year ever. 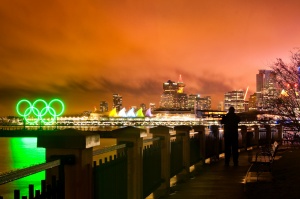 Mary and I are very enthusiastic about the Olympics in Vancouver next month. Being a native Vancouverite, it feels extra special, and we have booked 10 days there to experience the excitement of cheering on our Canadian athletic heroes.

Big excitement for our administrator Stephanie, as she turns 40 in February and can hardly wait! We continue to admire how focused she has been on her goals of what she wanted to make happen on or before this milestone. We are all psyched that this is going to be a great year!!

As the year ended, our team received the wonderful announcement that we had once again landed successfully near the top of the Chairman's Club - as we have been ranked #27 out of 14000 realtors with Royal LePage. It is such an honour to be recognized for our efforts in this competitive business.

After 5 very successful and joyous years together, KJ Duck has decided to leave the team. We wish KJ well as he explores his options. We will miss him, yet our team is confident that change brings fresh energy and accomplishments.

On the real estate market front, lots of positive news is coming from The Bank of Canada. See the article later in the newsletter.

Charity of the month
www.taylorcup.ca

Our client Judy Taylor had some amazing friends. They have created the immensely generous & successful Taylor Cup Pond Hockey Championship as a tribute & in memory to their incredible friend. It's GAME ON! with a three-day round robin tournament that takes hockey back to the basics ... on a frozen patch of lake. Teams will take to the ice at the Bayview-Wildwood Resort on Sparrow Lake, just north of Orillia, in a 4 on 4 format, January 29th - 31st, 2010. The money raised will benefit The Princess Margaret Hospital Foundation - Sarcoma research.

Let the Games Begin...So you're thinking this has the makings of a road trip - you bet it does! You'll play some hockey, have some fun, hang out with your buddies and raise money for a terrific cause - it just doesn't get any better than that! Well maybe it does -- did we mention that the beer tent is within spitting distance?

If you can't make it this year, reserve your spot for next year's tourney. Each team must raise a minimum of $900. You can register up to 6 players/team.

Last year was the 4th annual tournament and a huge success with 28 teams, and over 150 players taking it to the ice fundraising, just under $110,000.

Throughout the weekend, hockey players pay homage to their Canadian roots with wide-open, old-time shinny. In addition to lots of on-ice action, the players, their friends and families enjoy a variety of other activities including a family skating rink, Kids Camp, a Saturday Casino night, horse-drawn sleigh rides, a kid's dinner and activity night, as well as access to all the amenities of the resort including indoor pool, hot tub and spa services.

Join in the fun or donate to support PMHF - Sarcoma. www.taylorcup.ca

"After a slow start to the year, existing home sales rebounded during the second half of 2009," said TREB President Tom Lebour. "As consumer confidence improved, many households moved to take advantage of affordable home ownership opportunities in the GTA. The strong residential real estate sector was a key contributor to overall economic recovery in Canada."

"Market conditions became very tight in the latter half of 2009. Sales climbed strongly relative to the number of homes listed for sale, resulting in robust price growth that more than offset average price declines in the winter," said Jason Mercer, TREB's Senior Manager of Market Analysis. "A greater supply of listings in 2010 will see home prices grow at a sustainable pace."

Ella @ Last Detail believes it is important to stage with a woman in mind! 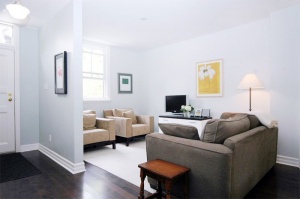 Know the Top 6 rooms of importance when staging?

1. The Entrance: sets the tone for the entire home.

3. Dining Room: Many couples & women love the idea of entertaining - make it inviting.

4. Kitchen: The heart of the home.

5. Master Bedroom: This is often a woman's private oasis.

Staging is about creating a balance between the feminine and masculine principles using form, function & flow.

See a For Sale Sign/Sold you were wondering about? We are happy to let you know about houses in your neighbourhood - feel free to contact Steph at:

We found out about the Julie Kinnear Team on the internet. We liked the website and the testimonials. We have just successfully sold and bought with the team. When buying we had the opportunity to see many different houses. We found that Holly understood our needs, and was available whenever we wanted to see a property. Holly didn't pressure us to make us offer too much and we trusted her as our realtor. We recommend the whole Julie Kinnear Team.

What They Got!
A continuing column of the Julie Kinnear Team's Sales

Quick!!! Finish up that renovation to your Home, Condo, or Cottage before February 1st,2010

If there is anything that needs to be done to your beloved home or a task that has yet to be completed, now is your chance. The HRTC (Home Renovation Tax Credit) was designed to boost sales in a slumping economy and offered the perfect opportunity to update your home. 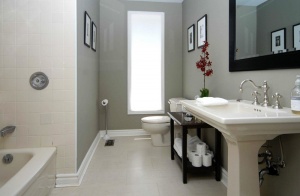 Since it's a non-refundable tax credit you do have to make money to be able to deduct it (ie. It is credited towards your income tax). The list of eligible expenses is long, from renovating a kitchen, bathroom or basement to finally pulling off the four layers of shingles that all the previous home-owners were saving just for you.

But remember: don't wait! You'll need to collect receipts before February 1st 2010 to be able to declare it on your 2009 tax return. The good news is that you can use towards any personal residence (not investment property), but if there are partners with their own tax return you can each claim if different residences.

There are rumors that the HRTC will be continuing into 2010, but even so, it is to your benefit to take advantage of any 2009 tax credits you have available. Next year will bring new renovation ideas and if we are lucky more money back into your pocket. Go to http://actionplan.gc.ca/eng/index.asp for additional information.

For further details on tax preparations as well as professional financial advice contact David Banks at Investors Group: 416 695 8600 or

David is an experienced advisor who's focus is to foster a communicative and positive relationship with his clients. He helps people make strategic life decisions specializing in tax planning, insurance, investments, retirement planning and estate planning.

The Bank of Canada thinks it is too early to talk about a housing bubble since recent house price increases do not appear to be out of line with underlying fundamentals, a senior official said January 11, 2010.

David Wolf, adviser to Bank of Canada Governor Mark Carney, also said that if the central bank raised interest rates to cool the housing market now, "we would, in essence, be dousing the entire Canadian economy with cold water".

Record low interest rates have helped fuel a housing boom, prompting some analysts to fret about a possible bubble.

"In the Bank of Canada's view, it is premature to talk about a bubble in Canadian housing markets," Wolf said in a speech.

"A significant part of the surge in housing sector activity is associated with temporary factors ... which cannot continue to drive increases in house prices and activity. Thus, we see the housing market as requiring vigilance, but not alarm."

The bank has promised to keep rates at a record low until at least this June unless it sees inflation becoming a threat.

Instead of rates, the right tools for cooling the housing markets are in the realm of financial supervision and regulation, he said, such as ensuring banks lend only to credit-worthy home buyers.

JKT - A few of our Favourite things

Boom 97.3 - they revised the radio station after Christmas, and it was a welcome change. It now reminds me of a mellow Q107 - old classics, but with some geeky 80's tunes thrown in. I love it!!

Who's Walking Who Dog Obedience - each dog that I've had I've taken to obedience. It gives them a knowledge of basic commands, and helps to socialize them. Who's Walking Who is located near the Distillery District at Urban Dog on Parliament. They train with treat rewards - no pinch collars or choke chains. The instructors are fantastic, and really know what they're talking about. My dogs may not be the next "Super Dogs", but they can sit and stay, and that's good enough for me!!

One more favourite thing - Red Canadian Olympic mittens. I don't actually have a pair (yet), but every time I see someone wearing a pair I get a welling sense of Canadian pride! Especially watching the torch relay - most of the people in the crowds were wearing them and it was absolutely amazing!!

Holly:
Stone Road Grille, located just south of downtown Niagara-on-the-Lake in a strip mall. I went there for New Year's Eve with some friends. Amazing food & fun atomosphere. Heaven for local foodies and a must for out of towners exploring the vineyards. www.stoneroadgrille.com

I'm very excited for my friend Kim Donnelly who will be opening up Toronto's first spinning studio using the Real Ryder; a spinning bike that has side to side motion and mimics the feeling of being on a real bike. It is called CYKL and will be opening in their cool Bathurst location in February.

Stephanie:
Movies: I love the whole experience of going to the movie theatre. Getting my large Kitkat, small popcorn with shaker flavor & large Diet Coke (haha). Walking into the dark theatre, finding the perfect seat and then being swept away for 2 1/2 hours into another world. I love laughing at movies, I love the tearjerkers, I love it all. Next I'm seeing Avatar and am totally stoked for the 3D Imax experience. 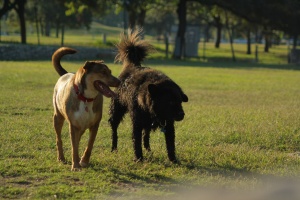 Dogparks: I have had my first experience of the "dogpark" while dogsitting for some friends. The dogs all play, everyone chats and laughs at what the dogs get up to. Its such a nice neighbourly experience. I look forward to doing it again.

Julie:
My flip Video camera. It is so easy to use - truly, just point and shoot. I got it as a gift last year for Chairman's Club, and have heard since that the HD version is even better. It was tons of fun @ Christmas time in Ontario's cottage country, using it indoors recording some of the great laughs and games, as well as outdoors recording the beautiful snow laden trees. Buyers of our clients properties rave about the walk thru video tours of our active listings, now keep an eye out for our fun team video clips as well!

With cute symbols too? Thx!