Despite the rising competition from Vancouver and Montreal, Toronto is still the centre of Canadian movie industry and one of the most important centres in the world. Hundreds of foreign directors and producers visit our town to shoot their masterpiece here. Toronto offers excellent conditions - 25,000 skilled technicians, acting pool including 10,000 ACTRA members, complex services and of course, tax incentives and various discounts on the national, provincial and municipal level.

There are three huge studios, unfortunately recently struck with bit of controversy. These are used by the filmmakers to shoot their flicks. Naturally, Toronto itself is one of the most used actors, having various roles. Sometimes Toronto plays itself, but more often takes the roles of other cities. Then you can recognize your neighbourhood as a part of Pittsburgh or New York.

The number of movies shot in Toronto is huge, so I will definitely need some key which of them to choose. The linking chain of the four reviewed movies is blood. 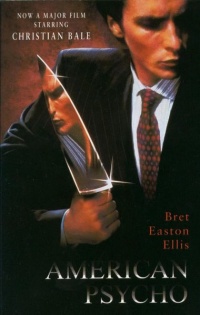 American Psycho (2000) Years before Christian Bale became Batman, he had been Bateman. Patrick Bateman. Young, successful, rich, handsome...and empty. Typical Yippie, financial professional, who's work is his life. But Patrick Bateman has a hobby: he likes to kill people. For no reason, in various ways. He hates the less successful, he hates the society and he hates it all more and more.

The movie takes place in New York, but was filmed in the financial district of Toronto and in exclusive restaurants and bars in Yonge & Eglinton. You can see Phoenix Concert Theatre, TD Centre. The King Edward Hotel's Consort Bar hosts one of the best scenes, when Patrick chooses his next victim - because he outranked him with better business card. Director Marry Harron was responsible for the task of transferring Brad Easton Ellis'novel onto the silver screen. Generally speaking, she succeeded quite well. Bateman is cold like an Eskimo's nose, a machine existing in a steel and glass framed world, where emotions have no place. The movie has glairy taste of hair gel and expensive perfume, with an open ending.

Unfortunately, this movie represents the sad kind of "something is missing, but i don't know what" movies. There was no substantial mistake done, everything works just fine, actors, direction, camera...but you are just sitting and secretly expecting something more. But it does not come. 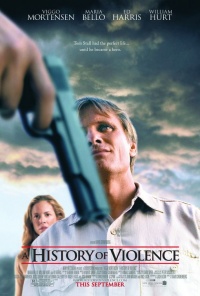 A History of Violence (2005) David Cronenberg, also known as the King of Venereal Horror, is one of the most popular Canadian directors, known especially for his 80's horror flicks. A History of Violence was supposed to be his big comeback. In the end it maybe wasn't as successful as people hoped, expecting box-office blockbuster, but still it's a great bone-chilling drama. Viggo "Arragorn" Mortensen plays Tom Stall, an owner of a small restaurant somewhere in the middle of nowhere, loved by his family and respected by the neighbours, until the day when he professionally kills two dangerous criminals in a self-defence. As a consequence, his past that he's been trying to forget about for so long starts chasing him again and his life slips back into the whirlwind of violence. There is only one way to end it...

This is no Hollywood style action movie. There are no heroes, no justice, no trust. Once your life is marked with blood, you can never wash the stains away, no matter how hard you try. One day your past will get to you and influence all the people you care about. And don't expect too much of a happy-end: violence stays in your life.

Cronenberg lives in Toronto and most of his work takes place here. A History of Violence was filmed in Toronto (as Philadelphia), Tottenham and Millbrook. You may recognize Stoopy's Tavern, Park Lane Circle or Humber Sheppard Community Centre. 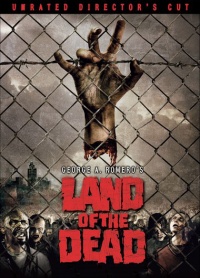 Land of the Dead

Land of the Dead (2005) and Diary of the Dead (2007). While previous two movies were bloody, but quite conservative, the last two zombie movies offer traditional "bullets and guts" atmosphere.

George Romero, the father of Zombies, seemed having exhausted all his potential in late 80's. His decision to remake his zombie trilogy and add some more parts was believed to be a dream of an old lunatic, but the success of his last three pieces proved zombies are still wanted.

While he left the direction of Down of the Dead (2004) in hands of Zack Snyder, he grabbed the chair for Land of the Dead and Diary of the dead. Both movies are about the same, but from a completely different point of view.

LotD takes place in the not-too-distant future, where the Earth is occupied by zombies and the last remains of mankind live in cities turned into fortresses. Maybe not so much about zombies, this movie is about human society, about our everyday fight to get higher than the rest. Sometimes even zombies can look more human. 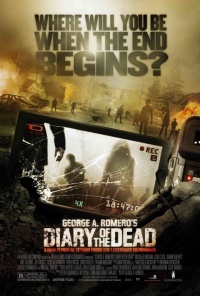 Diary of the Dead

While LotD is full of special effects, DotD evokes the image of a documentary. A group of film students makes a movie, when suddenly zombie apocalypse begins - you can guess the rest. Romero often uses hand-held camera shot scenes, decent visual effects, the movie is trying to look realistic and independent (something like Blair With Project). In fact, it works quite well...

Romero moved from Pittsburgh to Toronto a few years ago, maybe this change helped him to find a new inspiration. It was mainly due to financial reasons ('We can turn $5 million into $6 1/2 million up there!'), but the 69 years old director loves having a coffee in the St. Lawrence Market too.

Both movies were shot in GTA and around, especially in the Regent Park, Sunnybrook Park, Graydon Hall, Downsview Park, Humber River Regional Hospital and many other places.