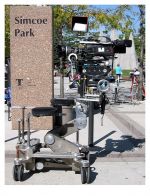 Over the years, many areas of Toronto have been enriched with cinematic history. For all its activity, it is an exciting city to live in, but perhaps even doubly so when you know that your very own neighbourhood has been immortalized in a major motion picture. This - in many cases - does not merely mean that the movie was filmed in the area, but that it was actually set there.

The 2008 dance drama How She Move from MTV Films - set largely in the Jane and Finch neighbourhood of Toronto - has wrapped production, and in the process left an indelibly positive mark on the area. The film focuses on step-dancing, a form of musical expression popular in this community, and so the production was readily supported and embraced by locals. Jane and Finch is an artistically fertile area, with its long-established music culture and eye-catching public art. It is widely considered to be the most multicultural neighbourhood in Toronto, one of the most multicultural cities in the world. 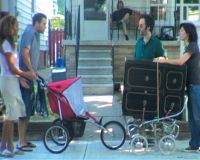 The Parkdale neighbourhood comprises one of the hottest real estate markets in Toronto, as people are attracted to its location in relation to the downtown core: it is fairly close to the action, but distanced enough for those who are looking to retain some of the quietude that the core lacks. Parkdale is another impressively diverse neighbourhood in the city, and also an area of considerable artistic activity, with its numerous trendy shops, fashion boutiques, and art galleries. The neighbourhood is depicted quite extensively in the 2006 black comedy Monkey Warfare , starring Don McKellar. We get an appealing look at much of Parkdale in this film, as its main characters happily ride through its streets on bicycles. The neighbourhood is home to a number of beautiful parks, such as High Park, which is actually Toronto's largest park. Buyers tend to also be attracted to Parkdale for its proximity to Lake Ontario and the Gardiner Expressway. Parkdale has undergone some significant gentrification that has seen its cafes, restaurants, lounges, hotels, and condos steadily improve with multiple renovations. Most of the historic homes in the area are still in great condition, as they have been well-managed by the city over the years.

Owning Mahowny is a crime drama from 2003 about a bank manager with a gambling problem, starring Philip Seymour Hoffman and Minnie Driver. The film is set primarily in Toronto's Financial District. This neighbourhood is certainly an ideal living location for anyone whose occupation calls for a fiscal environment. Even in difficult weather, the Financial District is easy to navigate thanks to its foundation upon a vast network of underground passageways, known as the PATH. These tunnels are lined with retail stores, making it a major shopping district as well. The formidable glass and steel monoliths that populate the Financial District make it a beautiful urban setting, and many of the buildings boast world-renowned architectural designs, such as Brookfield Place, an office complex, and One King West, a hotel-condo project which has been dubbed by real estate mogul Harry Stinson as "the narrowest building in the world". 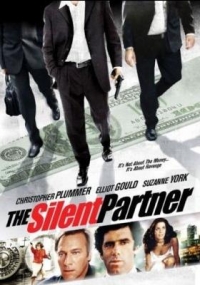 And to demonstrate the lengthy history of this tradition of major motion pictures being set in Toronto, we can go all the way back to 1978 with The Silent Partner , a thriller starring Elliott Gould and Christopher Plummer. A particularly suspenseful sequence in this film depicts a robbery taking place at the famous Eaton Centre mall and its surrounding area, the Yonge and Dundas intersection. Today, with its impressive media towers, beautiful splash fountains, and frequent entertainment events, this area could be aptly described as the heart of the city. The various hotels and condos in this surrounding region are also quite striking and luxurious. These living spaces around Yonge and Dundas tend to feature superior amenities such as health clubs, spas, valet parking, and twenty-four hour room service. Indoor swimming pools are also common. The forty-four story Pantages Tower is one example of this, as well as the nearby Bond Place Hotel. A clear advantage to living near the Eaton Centre is that you will be in such close proximity to the superior shopping and dining experiences that the mall offers. In addition, access to Toronto's world-class public transit system is a mere step away. 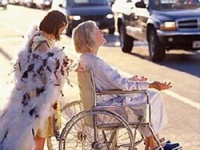 Saint Monica is a 2002 family drama about a religious young girl whose fascination with the Virgin Mary propels her on a spiritual quest to become an angel. Monica lives with her family in Toronto’s Little Portugal community, which is located in the downtown west end. This charming and colorful neighbourhood is the heartland of Toronto’s Portuguese community, though individuals from many different ethnic backgrounds have taken residence here. As in Parkdale, a major reason for this popularity is its well-kept housing stock that dates back to the Nineteenth Century – beautiful red-brick Victorian homes are prevalent here. Its proximity to the Central Business District is a benefit that has attracted many white-collar workers to Little Portugal. While its traditional heritage still shows in the many Portuguese-focused establishments in the area, gentrification has also allowed for the development of more contemporary and trendy clubs, bars, galleries, and restaurants.

Lie with Me is a 2005 romantic drama that explores the troubled relationship between two emotionally damaged young people, and it is set primarily in an area of Toronto known as The Annex. This is a very affluent neighbourhood that is home to some of the wealthiest families in the city. Many students and academics also live here due to its proximity to the University of Toronto, which gives The Annex something of an intellectual reputation. The quiet neighbourhood primarily consists of charming and attractive residential homes amid tree-lined streets. Some Nineteenth Century houses and mansions also populate the area, though condos, lofts, and apartment buildings are now more prevalent. The Annex offers an excellent shopping district and is home to the famous Honest Ed’s discount store. The cultural and artistic section of The Annex is also well-known, as its various theatres, clubs, and community centres thrive with constant activity.

Nathan Phillips Square at Queen West and Bay has been a setting for both political thrillers The Kidnapping of the President (1980) and The Sentinel (2006), starring William Shatner and Michael Douglas, respectively. This square forms the entrance to New City Hall, one of the most distinctive landmarks in Toronto. HBC's flagship department store, The Bay, is located nearby. Much like Yonge and Dundas, this eventful area is a desirable place to live for those looking to immerse themselves in the vibrance of the city.