What do houses of the Cullen family, Don Vito Corleone, Sam Baldwin, Tony Montana, Rachel Marron, Miss Daisy and the Thompson Family have in common? Many of them played crucial part in building up your curiosity while watching a movie, and became memorable - despite sometimes only appearing for a couple of minutes. Let's have a closer look at some of the legendary dramatic architectural settings and see if you can even move into some of them after the stars had left the scene. 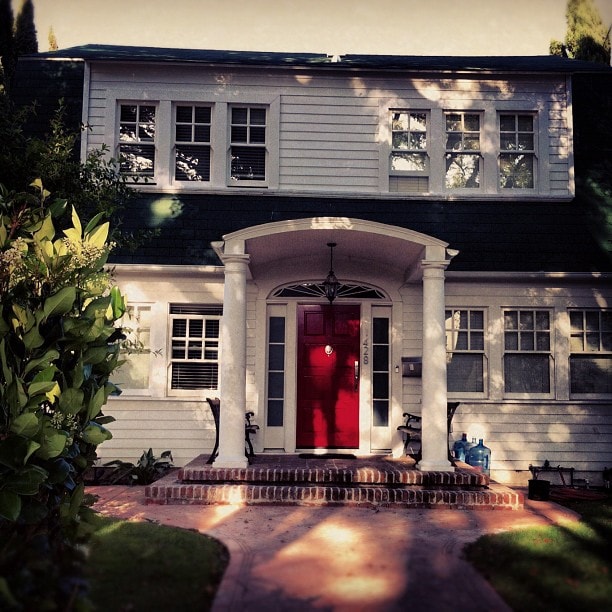 The Nightmare on Elm Street House by iamliam

Los Angeles has been home to many movie houses over the years. The Hollywood production often found inspiration in traditional American houses, as opposed to pompous vast manors and breathtaking sceneries outside of the residential area of the city.

Fans of the Nightmare on Elm Street movie might consider making a trip to 1428 North Genesee Ave in Los Angeles, where they can find instantly recognizable Nancy's house. However, the interior of this five-bedroom, three-bathroom house looks nothing like the one shown in the film and it does not match the outside of the house at all!

The respectable 2,372 square feet of interior space is covered by American walnut wide-plank flooring. This is the only element that one would expect to find in the house. It gets much weirder from there. The house with its orange kitchen countertops and a bubble chair suspended from the ceiling should rather rent out its interior to one of the sci-fi movies from the 1990s. 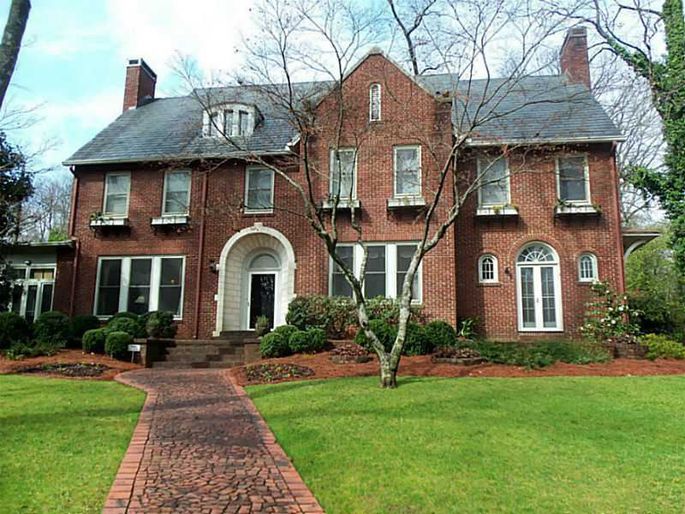 822 Lullwater Road Northeast in Atlanta was a home to the production of the Oscar-winning drama Driving Miss Daisy. The vast six-bedroom, six-bathroom brick house was rented by filmmakers, as they couldn't afford to purchase the house on their budget. The Lullwater residence offers its spacious 6,140 square feet of interiors and in this case the space was used almost in full. Most of the interiors, except for the kitchen, were used in their original, 1922 form. The kitchen was slightly updated but the style still remained in line with the rest of the house.

JFK, The Godfather and The Bodyguard – 3 in 1 House Package 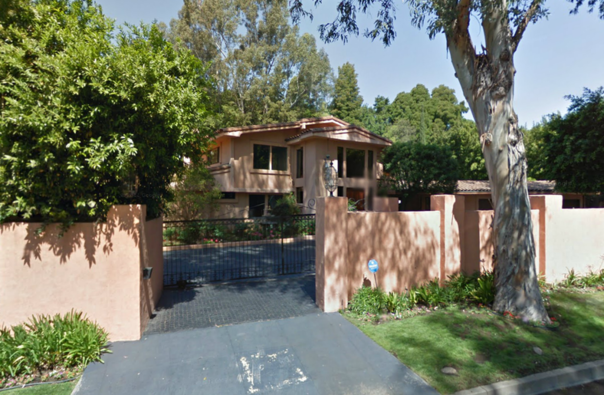 The house that hosted both The Godfather and The Bodyguard, the former home of publishing magnate William Randolph Hearst and actress Marion Davies, and the honeymoon spot of JFK and Jackie Kennedy was listed in 2007 at unbelievable $165 million and in 2012 at more than a half of the original price, $95 million. The Beverly House's owner, Leonard M. Ross, bought the mansion in the 1970s and expanded the compound, by purchasing the adjacent property which was sold off after Hearst's death in 1951.

The 1920s mansion Beverly House sits on 3.7 acres compound and has seventeen bedrooms and twenty-seven bathrooms, a cinema, a nightclub, a living room with 22-foot ceilings, two tennis courts, a 75-foot-long pool and an outdoor seating terrace that can host 400 sit-down guests. The compound also holds two separate guest houses and a two-bedroom apartment.

The main part of the house has a fifty-foot entry hall with a loggia, a library with hand-carved woodwork and a staircase leading to a second-story balcony and the rest of bookshelves. The billiard room with herringbone parquet floors and carved stone fireplace mantle removed from Hearst's San Simeon mansion is one of the most impressive billiard rooms built in commercial houses.

Sleepless in a Houseboat 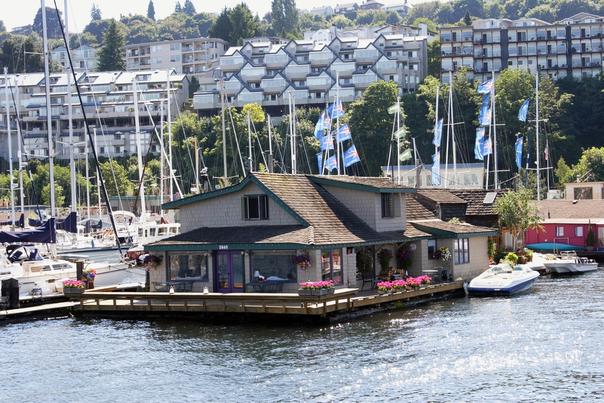 The Sleepless in Seattle Houseboat by Brian Teutsch

Sleepless in Seattle, a movie from 1993, made one houseboat on the west shore of Lake Union in the Queen Anne Hill district of Seattle immensely famous. Unfortunately, the houseboat is a part of a gated community and it is not visible from the street. The only way how you can actually see the houseboat in real life is to go on a boat on the lake and see it from there.

The 1978 houseboat has four bedrooms and two bathrooms and takes up 2,720 square feet (one of the largest on the lake) a bit further from the shore. In 2008, the famous houseboat entered the market with the listing sitting at $2.5 million.

The interior of the houseboat was not used in the film itself. Although the interior of the real life home and its onscreen counterpart bear a striking resemblance to each other, you can tell by the location of both the kitchen and the stairway leading up to the second level that they are not the same place. 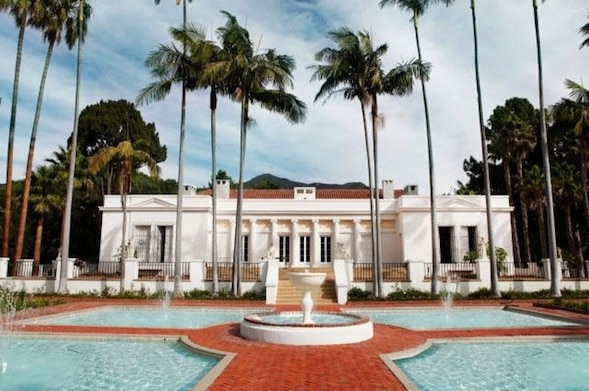 Director Brian De Palma chose well when he parked his production of Scarface in front of one of Santa Barbara jewels, a four-bedroom, four-bathroom 9,816 square feet mansion on 631 Para Grande Lane, in 1983, when the movie was shot. The Mediterranean-style home known as El Fureidis (Little Paradise) is situated on over 10.15 acres overlooking the Pacific Ocean. The beautiful large white fountain in front of the house, surrounded by four pools of water, makes it worth every single dollar for all true Scarface hardcore fans.

The mansion was designed by a well-known architect Bertram Goodhue, and it is considered to be one of Santa Barbara's most magnificent Mediterranean estates. The property also holds breathtaking gardens with multiple levels of cascading pools and admirable tiling, patio, bar, spa, swimming pool divided into quadrants, and a guest house.

Is the Vancouver Cullen House Cooler Than the Portland One? 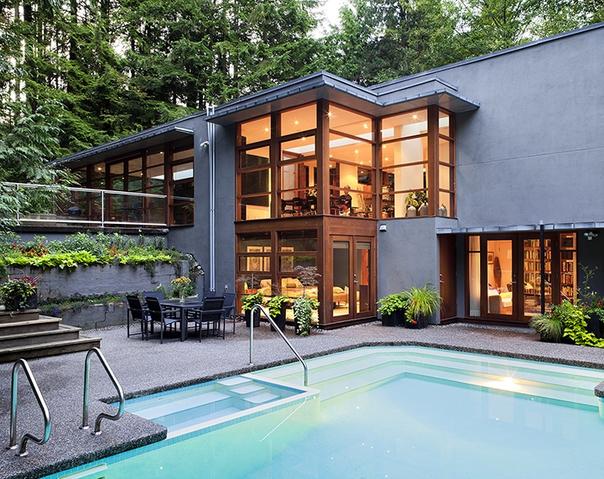 The Cullen Twilight: New Moon residence is located in Western Vancouver. The half acre Creekside lot at 118 Stevens Drive hides an original design by Arthur Erickson, the world renowned architect, from all neighbours and curious Twilight fans. The residence has been remodeled and renovated by Brian Hemingway in 2001, but you can still clearly see the original influence of Erickson.

The crown jewel of the house is a family room, entirely surrounded by glass, overlooking the Creek bed. The great room of the house is averaging 20-foot ceilings with edge-grain fir picture windows. The scene where the family is welcoming Bella for her birthday surprise and where Jasper attempted to attack Bella was filmed here. Floors are covered by a combination of slate, wool carpets, edge grain cherry floors as well as concrete. The kitchen would be a paradise to any skilled chef. It includes edge grain cherry cabinets and granite countertops and the top-notch restaurant-quality appliances.

The residence with more than 5,117 square feet holds four large bedrooms including a Luxurious Master Suite Getaway, two full and two half bathrooms. The fifteen-room mansion originally entered the market with the price tag of $3,298,000. Less than one year later, the price of this magnificent property dropped to $2,998,000. The house is currently not listed under any real estate agency and it's rumoured that it's been successfully sold. 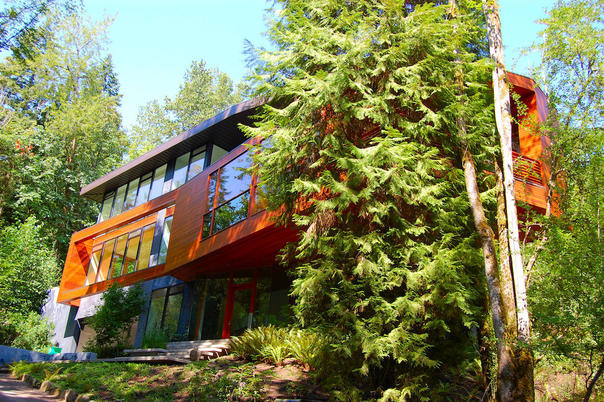 The Hoke House by Marie Winston

3333 North West Quimby Street in Portland is the home to the first Cullen Residence – the Hoke House. The Hoke House was the first Cullen residence shown in Twilight Saga, and the rest of them all followed the same template of luxurious modern house in the secluded area in the woods. The house is owned by John Hoke, a director of footwear design in Nike. The residence was built in 2006 and was completed in 2007, just in time for the first Twilight movie.

The house's main architect was Jeff Kovel from Skylab Architecture. His quote: "I am in architecture, development, and rock and roll," characterizes the Hoke House very well. Its design is brave and very modern, yet the use of natural materials suggests an open-minded relationship with the nature that surrounds it.

The living room has a very cozy feeling, despite the fact that it's surrounded by glass walls that open it up to the forest. The colour of the seating furniture adds beauty to the living room as it matches with the wooden flooring. A perfect modern fireplace at another living area makes it look even more inviting than the central living room.

Although vampires only cooked for their visitors, their houses have kitchens well thought through and equipped with five-star restaurant appliances. An open dining area with overhead lights and ergonomically shaped seats gives the house an even more modern contemporary look. The collaboration of Kovel, the Metcalf Construction, and Lucy Metcalf as interior designer and landscaper was truly effective.

"Trying to forget something as intriguing as this would be an exercise in futility." – Mia Wallace 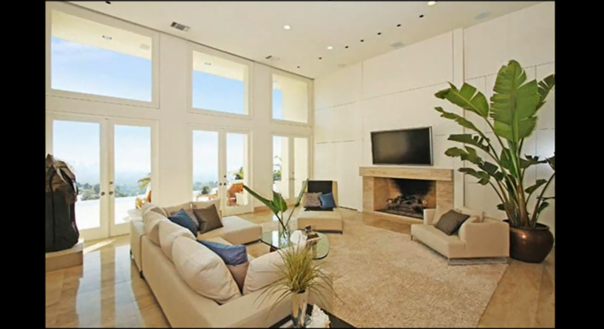 Mia Wallace's house from the cult 1990s movie Pulp Fiction is located right in the heart of Beverly Hills. 1541 Summitridge Drive hosts this white house built in 1960 with a little over 4,000 square feet. This modern building with three bedrooms and three and a half bathrooms sits in the middle of an acre large property. The house is in a well-guarded gated celebrity community and very little information has been released about the house and the property since the filming finished.

The building was last time resold was in 2010, for an undisclosed sum. The listing, interestingly, didn't mention its role in one of the most iconic movies of the modern cinematography. 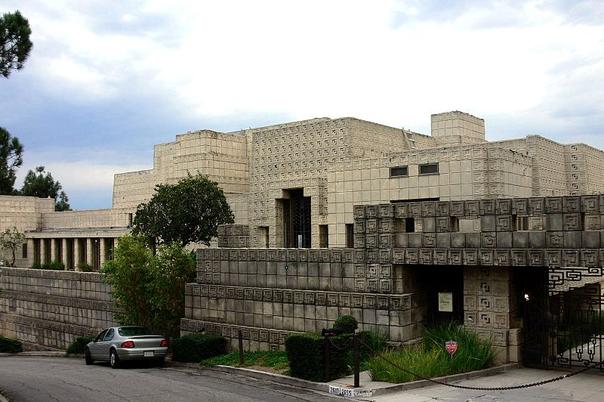 2655 Glendower Avenue is one of the proud streets that have the privilege to host one of the Frank Lloyd Wright's houses. The last and largest of the four concrete-block houses that he built in 1924 in the Los Angeles area is considered to be the best residential example of the Mayan Revival architecture in the country.

Its prominent architectural detail has been featured in over a dozen movies, a television show, commercials, fashion shoots and music videos. Its exterior is well-known mainly from the Blade Runner movie, whereas its interiors have been used in films like Rush Hour, The Thirteenth Floor, and Mulholland Drive. In the beginning of 2011, after being for sale since June 2009, with price reduced from $15 million to $7,495,000, the fight for the house started. In the end, the house along with 6,000-plus-square-foot Los Angeles estate, listed on the National Register of Historic Places, was sold by the Ennis House Foundation to business executive Ron Burkle, the founder of the Burkle Foundation and a trustee of the Frank Lloyd Wright Conservancy, in July 2011.

Wright's original client was Charles Ennis, the owner of a men's clothing store in downtown L.A. and an enthusiast of Mayan art and architecture. For each of Wright's houses built with 27,000 (some estimates reach even up to 40,000) concrete, or textile, blocks, as they are often called, Wright designed a custom pattern.

One of its residents, John Nesbitt, convinced Wright to design a 20-by-40-foot swimming pool and convert a storage area into a billiard room with a fireplace. These 1940 additions included Wright's plans for furniture, window treatments and rugs as well. The main house holds three bedrooms and three and half baths, plus staff quarters.