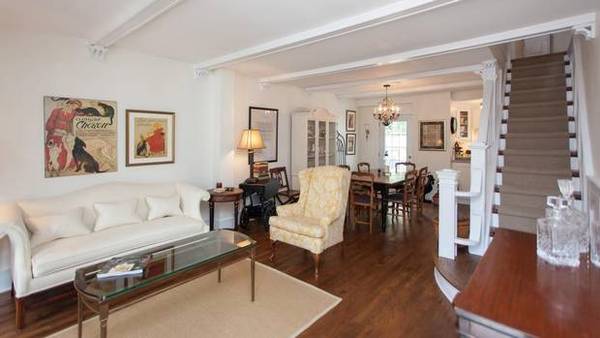 The Action: With a high number of buyers circling available homes in East York last fall, about 30 potential buyers gravitated toward this more than century-old residence. One of several bidders topped up the list price by $91,000 to secure a deal.

What They Got: Within the last year, this 970-square-foot house on a 20-by-90-foot lot was redressed with new windows, heating and cooling systems, a sleek marble bathroom and classic kitchen with custom cabinetry, granite counters, stone backsplashes and stainless steel appliances.

Hardwood floors were refinished in areas such as the front sunroom, living and dining areas, which have beamed ceilings and a walkout to a deck and pebble patio. One of the two upper bedrooms has French doors that lead to a balcony.

The basement is not finished, but the garage off a mutual driveway was converted into a studio with 10-foot ceilings, two skylights and barnyard-style doors.

Even the outdoor space was refreshed.

"The garage was transformed into a great entertaining space,"

"You don’t see it that often, so it was unique."