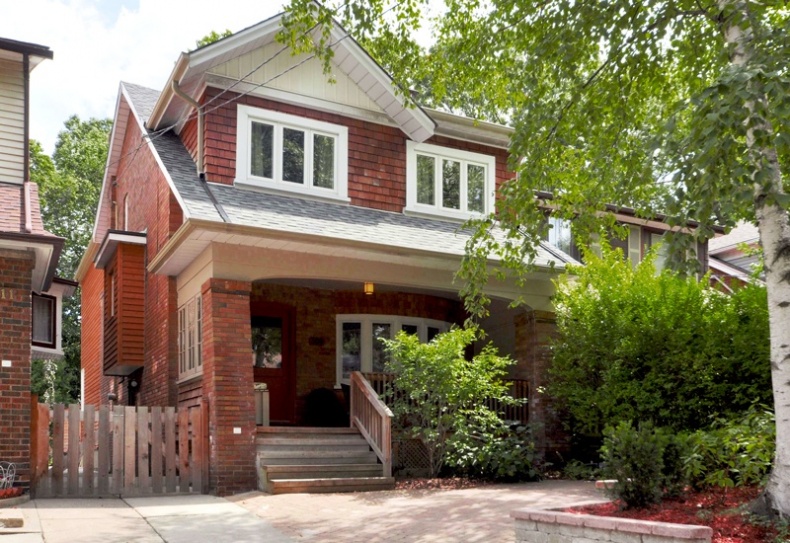 It took just over a week to sell this 2,330-square-foot house on a quiet, treed street nearby the popular restaurants, shops and cafes of Bloor West Village.

Over the course of five years, this 1930s residence was gutted, professionally renovated and expanded with a modern three-storey addition, including the basement, main and second floors.

The sellers replaced the roof and windows; installed new mechanics, such as plumbing and central vacuum systems; revamped all four bathrooms; and added custom, high-end finishes, among other things.

The main floor has an open living room with a wood-burning fireplace; a dining room entered via pocket and French doors; and a joint kitchen and family room with a custom banquette, a multi-functional island and stainless steel appliances, including a five burner gas stove.

Plus, sliding doors off the kitchen exit to a deck, patio and fenced yard wired for sounds like other areas of the house. A parking pad is out front.

An office area lies at the centre of the second-floor landing to four bedrooms, including a master suite with long built-in closets, a floor-to-ceiling window and a sky lit bathroom.

The 1,090-square-foot basement was recently finished with recreation and storage rooms, a bedroom and kitchen.

"The big deal is the proximity to Bloor," agent Julie Kinnear says. "You're away from the sounds of the [subway] train … but it's easy enough for you walk out to a vegetable stand or bakery to get your Sunday morning breakfast."

The sellers also dramatically increased property value with their changes. "It was really unique and well thought out," she adds. "It's like a trophy home."