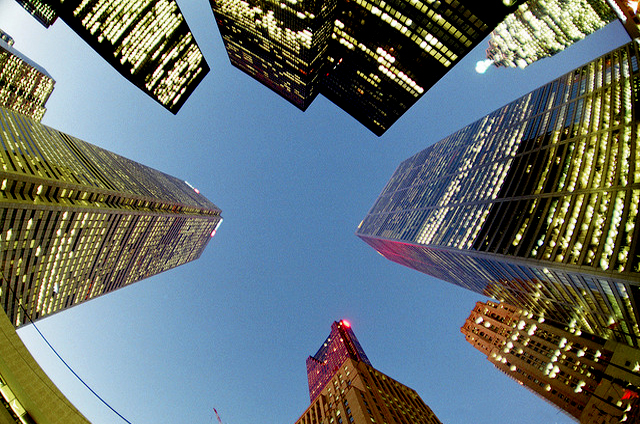 Epicenter of Banking
in Canada by Jeff

The Bank of Canada announced again that it is maintaining its target for the overnight rate at 1 per cent and there is no real chance it will increase it in next decisions. Some even believe that the Bank will have to decrease the rate to 0.75 per cent. Meanwhile, the debt-to-income ratio is still far from safe levels, and discussions about a sharp decline in housing prices are getting hotter. Specialists came up with the only logical solution: more regulation in the mortgage market.

The debt-to-income ratio among Canadian households fell in the fourth quarter of last year to 152.9 per cent from 154.2 per cent. The reason wasn't decreasing debt but income for farms and unincorporated businesses that rose at a faster pace. "Household net worth was up nearly 1 per cent in the fourth quarter, led by gains in the values of household holdings of equities (including mutual funds) and pension assets," Statistics Canada informed. "Household credit market debt increased in the fourth quarter despite a slower rate of borrowing in consumer credit and mortgages."

According to a report released by the Canada Mortgage and Housing Corporation (CMHC), only 42 per cent of homeowners in Canada are mortgage-free. According to a report by CIBC World Markets Inc., the surge in Canadian borrowing over the last five years has been driven by the most indebted households. Households heavily dependent on borrowing now hold 73 per cent of all household debt in Canada. 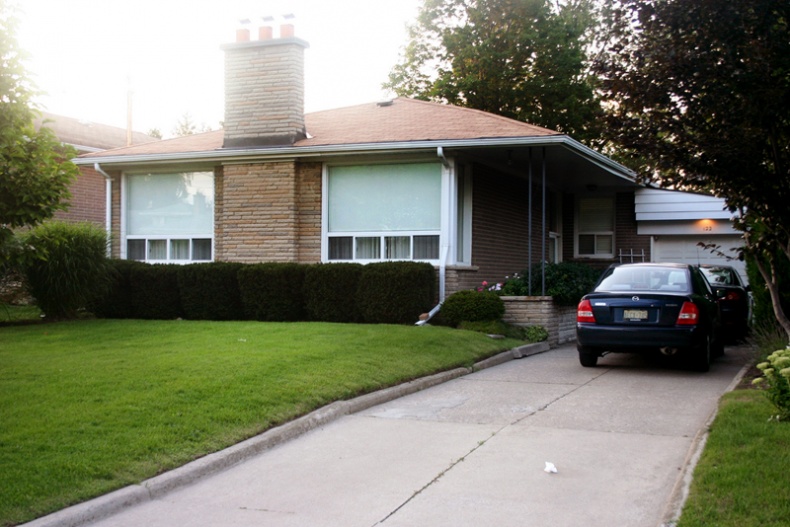 "Some 34 per cent of households that have debt are now in the high debt burden category and they account for nearly three-quarters of household debt outstanding," added Avery Shenfeld, Chief Economist at CIBC.

Despite several warnings in the media, Canadians have no reason to be discouraged. The mortgage rates are still at historic low levels and banks are playing a risky game: who will offer the lowest mortgage rate? Bank of Montreal currently offers a 2.99 per cent five-year mortgage rate, the lowest five-year rate in modern Canadian history.

Craig Alexander, chief economist at TD Bank, says that the government should step in to the housing market again and gradually roll out a series of steps. "We want to ensure that the imbalance we have doesn't get any bigger, so the economy over the medium term can weather the inevitable future adjustment in interest rates," Alexander said in an interview for The Globe and Mail. "If we incrementally lean against credit growth while we have low rates, it will be a better outcome for the economy."

Meanwhile, the Office of the Superintendent of Financial Institutions (OSFI) released a draft paper that suggests several changes to mortgage underwriting practices and procedures. Experts are already concerned that if the changes were implemented, it would significantly change the whole mortgage market. It is currently open for public comment.