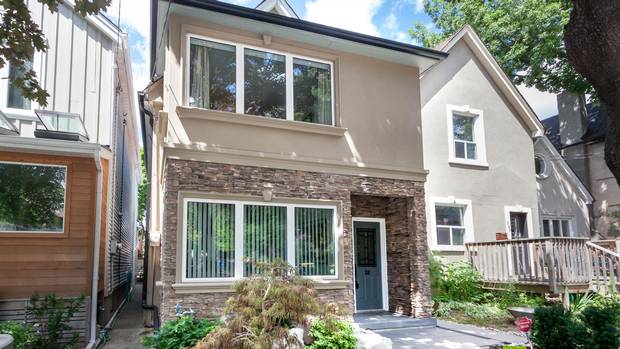 DAYS ON THE MARKET: 6

The Action: At the north end of the Annex, near the Tarragon Theatre, one of the only properties summer shoppers could tour was this detached residence across from Cawthra Playground. Three visitors actively pursued it until one proposed a $1.35-million deal that went unmatched.

What They Got: Since 2011, the past two owners of this 1,618-square-foot house did extensive renovations, from replacing the mechanics, roofing and windows to redesigning all four bathrooms and kitchen with stainless-steel appliances, quartz counters and sliding rear doors.

Hardwood floors are also new additions in three bedrooms on the second floor and open living and dining areas, which share a two-sided gas fireplace on the main floor.

The seller oversaw the landscaping of the 20-by-90-foot lot and creation of a back patio and covered entrance to the 799-square-foot basement that was also dug down, waterproofed and outfitted with a kitchen and wet bar in the recreation area.

It’s in a tiny little pocket called Tarragon Village … [that’s] literally two streets, so it’s its own little community. [The house] was a little more compact than other detached [homes], but not tiny.

The contemporary style and set up of this house also differentiated it from others. “It was recently renovated and in very good condition, even the landscaping was gorgeous,” Ms. Kinnear explains.