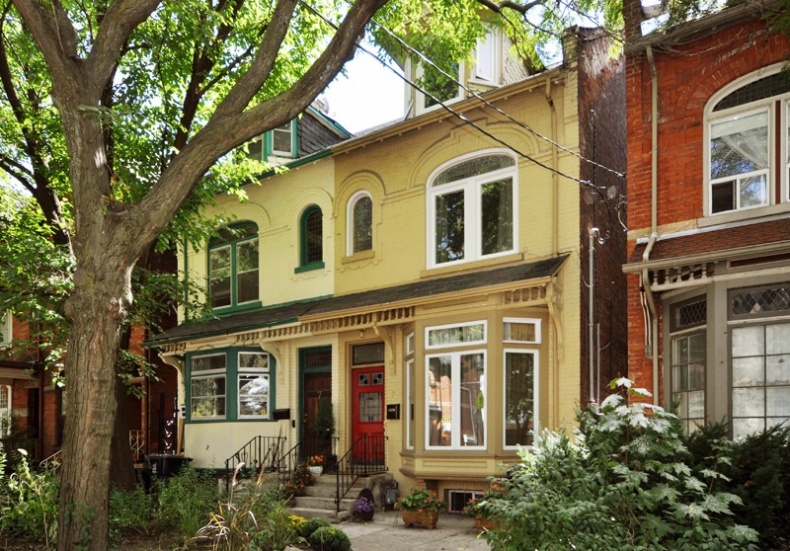 It took only two weeks to sell this three-storey renovated Victorian, which has 2,500-square-foot plan, including three bedrooms and second floor sunroom, plus a basement apartment with one bedroom and two bathrooms.

People who looked into this home appreciated its urban locale on a quiet street, just minutes from the subway, Bloor Street and Yorkville.

"What most people loved about this property is the combination of old world charm, the 10-foot ceilings, Victorian, gorgeous look, the trims and the mouldings, and then of course the brand new kitchen and bathrooms and all the modern amenities," says agent Julie Kinnear."

Renovations to the home removed the wall between the kitchen and living room, opening up the space and enlarging the food preparation area. High-end fixtures and finishings include large quartz counters, an "industrial strength" gas stove and separate, full-sized, built-in stainless steel refrigerator and freezer.

In the master bedroom, wrought-iron trim on the doors was preserved and enhanced, opening onto one of the home's largest rooms, which occupies the entire third floor, with ensuite bathroom with double vanities and a walkout to a rooftop deck.

Given the home's upscale finishing, "we would have expected the house to sell for a little but more than it did," says Ms. Kinnear, but "the market's a little bit softer than normal."