Published in Friday's Globe and Mail on Thursday, April 1st, 2010. 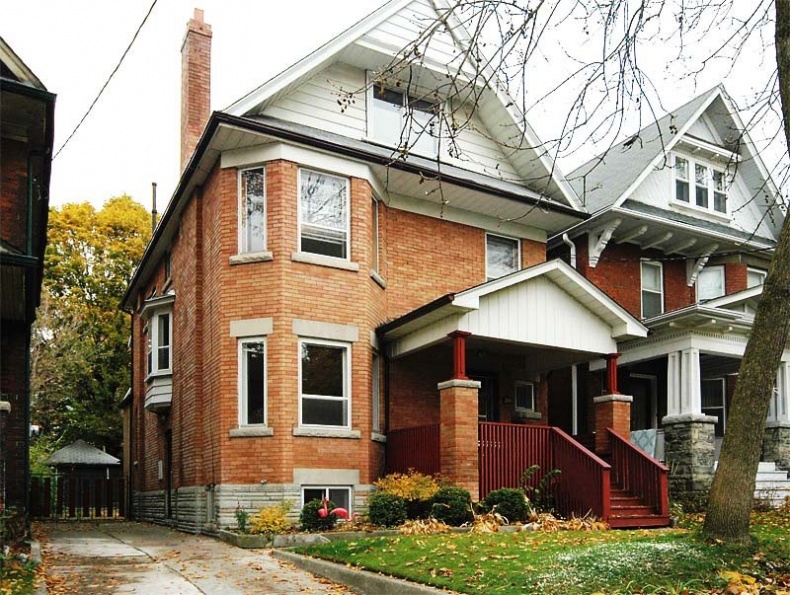 The premium location and lot size of this three-storey Edwardian were key elements that sparked an intense bidding war between a dozen buyers, agent and local resident Julie Kinnear says.

"It was a very unusually large lot for the neighbourhood," says Ms. Kinnear, who considers the property seven or eight feet wider than the average in the west-end community.

"These kinds of places don't come up very often."

The previous owners resided in this nearly century-old residence for more than 40 years. It is set on a desirable street within steps of High Park, waterfront trails, Bloor Street West amenities and public transit.

The home is also a short walk to the "uber-cool" stretch of Roncesvalles Village, lined with shops, cafés and restaurants, the agent adds.

There is 2,487 square feet of living space, including five bedrooms, formal principal rooms and a heated, second-floor sunroom. In addition, there is a roughly 900-square-foot basement with a recreation room, bathroom and a separate side entrance.

On the main floor, there is a large foyer with entrances to a living room with a wood-burning fireplace and a dining room decorated with plate rails and beamed ceilings.

The eat-in kitchen in the back corner has an exit to a wide deck with seating and a view of the gated yard, and a garage at the end of a rare private driveway.

Three bedrooms and an enlarged six-piece bathroom fill out the second floor. The top level is occupied by two bedrooms with walk-in closets and access to a shared powder room.

Over the course of several years, the roof, hot water gas boiler, drains and water main have been replaced. However, the home's original characteristics were left intact, such as the wood work, hardwood floors and bay windows, including one in the skylit stairwell.

"It's an opportunity for someone to totally personalize it," Ms. Kinnear says.