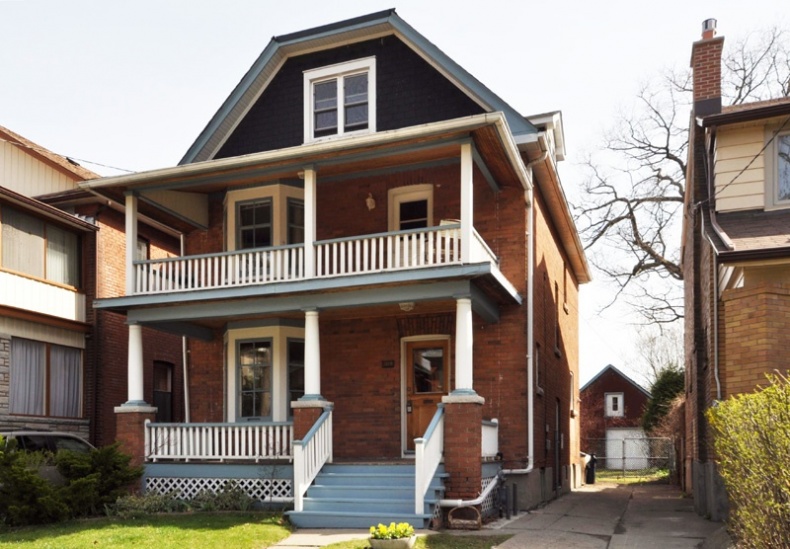 The grand stature of this three-storey, six-bedroom residence is so rarely seen in Bloor West Village that a dozen buyers put in bids, including families who were happy in their homes until seeing this one, agent Julie Kinnear says.

"Most are three- or four-bedroom houses with two storeys," she says. "The odd three-storey [house] is really a 2½-storey house with five bedrooms."

For the past 50 years, the same family resided in this 2,237-square-foot house, which is original to the area and retains its hardwood floors, oak trims and gumwood wainscoting in areas such as the formal foyer.

The living and dining rooms are separated by original bevelled glass pocket doors, while sliding doors lie between a wraparound deck and the rear breakfast room off the kitchen.

On the second floor, there is a full bathroom and four bedrooms, including one with access to a covered front balcony.

On the second floor, there is a full bathroom and four bedrooms, including one with access to a covered front balcony.

Rounding out the third floor, there are two bedrooms and a sitting area equipped with a water line for a future bathroom.

To accommodate guests or in-laws, the 869-square-foot basement has a recreation room, a five-piece bathroom and separate side entrance.

Like the house, the grounds are oversized, spanning 34-feet wide. "Your average is 25," the agent says. "There are some 30-foot lots, but not that many."

There are mature perennials throughout the fenced property, which has a private driveway for outdoor parking and an original horse-carriage barn that is used as a garage.

"It's in need of work because it's in original condition, but it definitely has that old feel, like you're stepping back in time," Ms. Kinnear says.